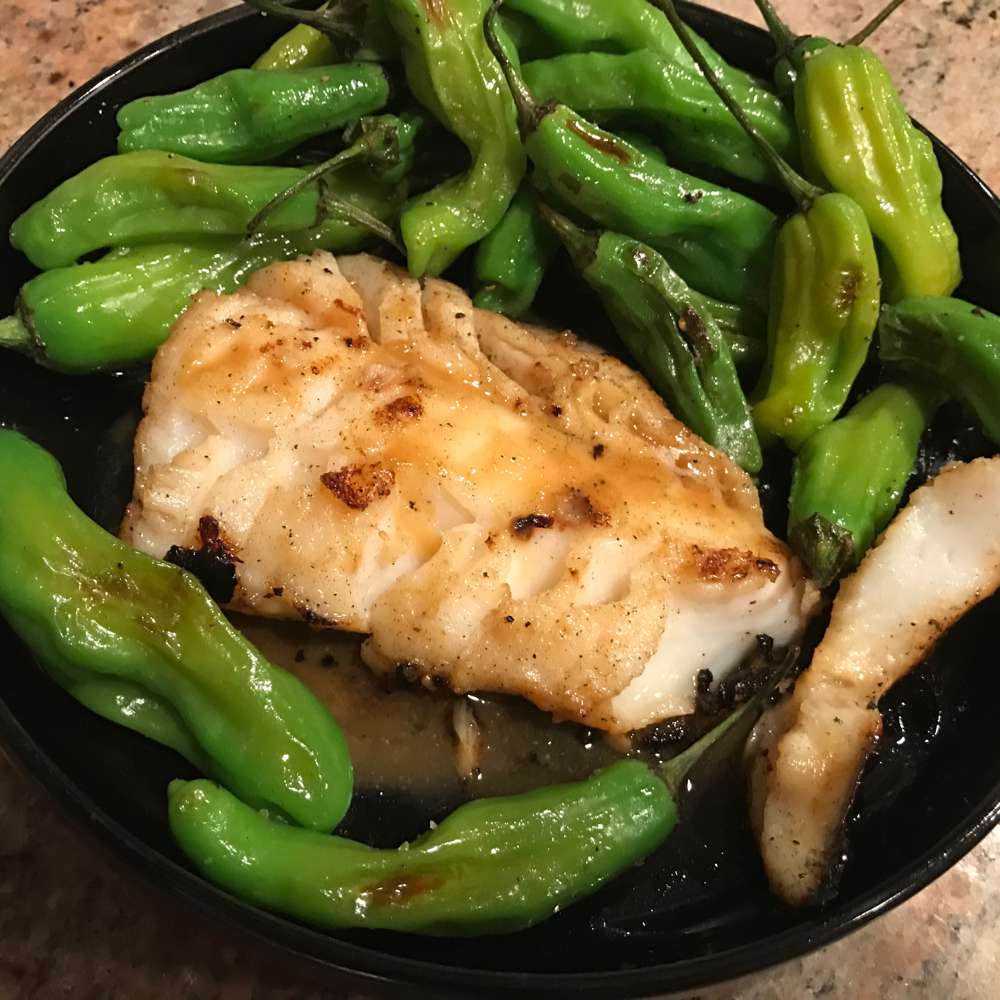 Meredith is still working to recreate her favorite cod meal. This was our latest attempt. We used this Rasamalaysia / Nobu (local).

We basically followed the recipe but used red miso, and maybe a little extra. We were a bit hesitant about searing it so hot. We also followed a similar Kitchn recipe is and seared it for a bit too long. But we only baked it for about 4 minutes (after ~2 min per side of sear).

It was overcooked, but not too bad. It also stuck to the pan a bit more than I was expecting. But we did like it. The marinade was a bit too salty alone, but it was fine in the fish. I think we would try this again!

We also made Twist Peppers. I think they needed a bit more time. And some dipping sauce