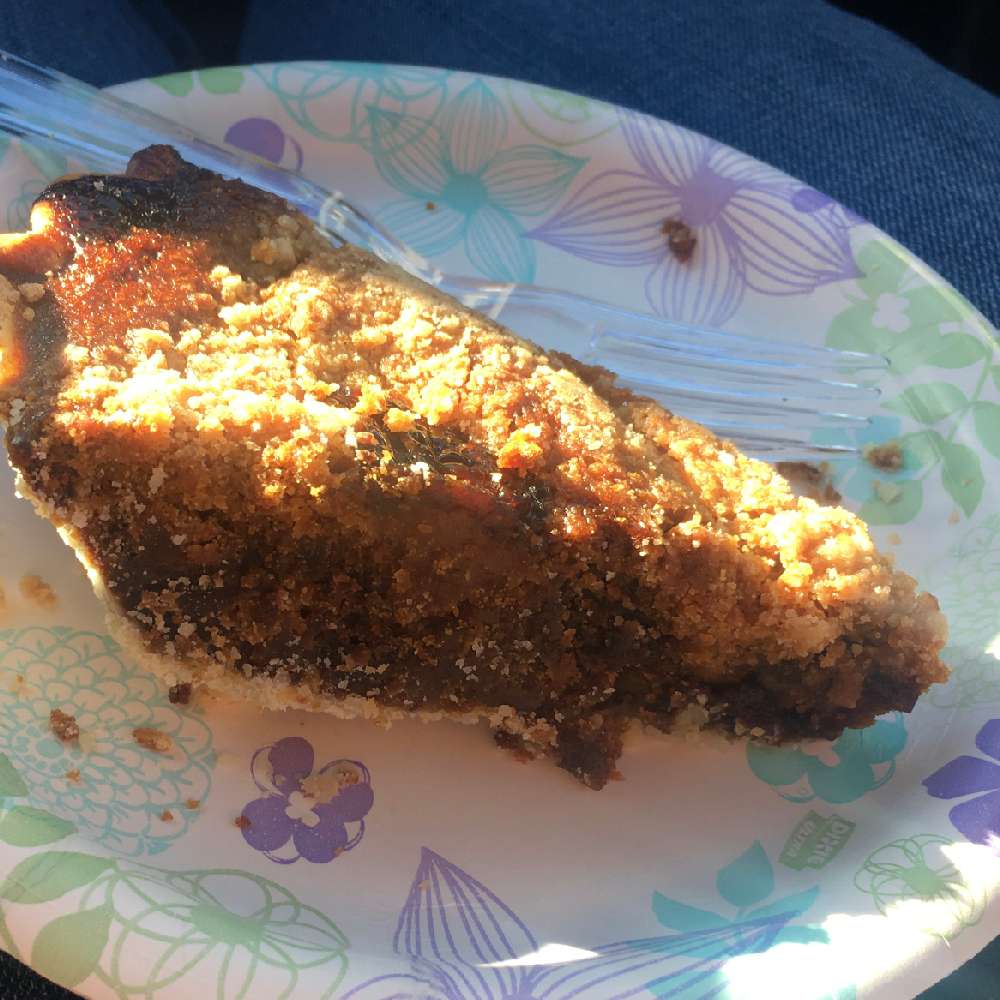 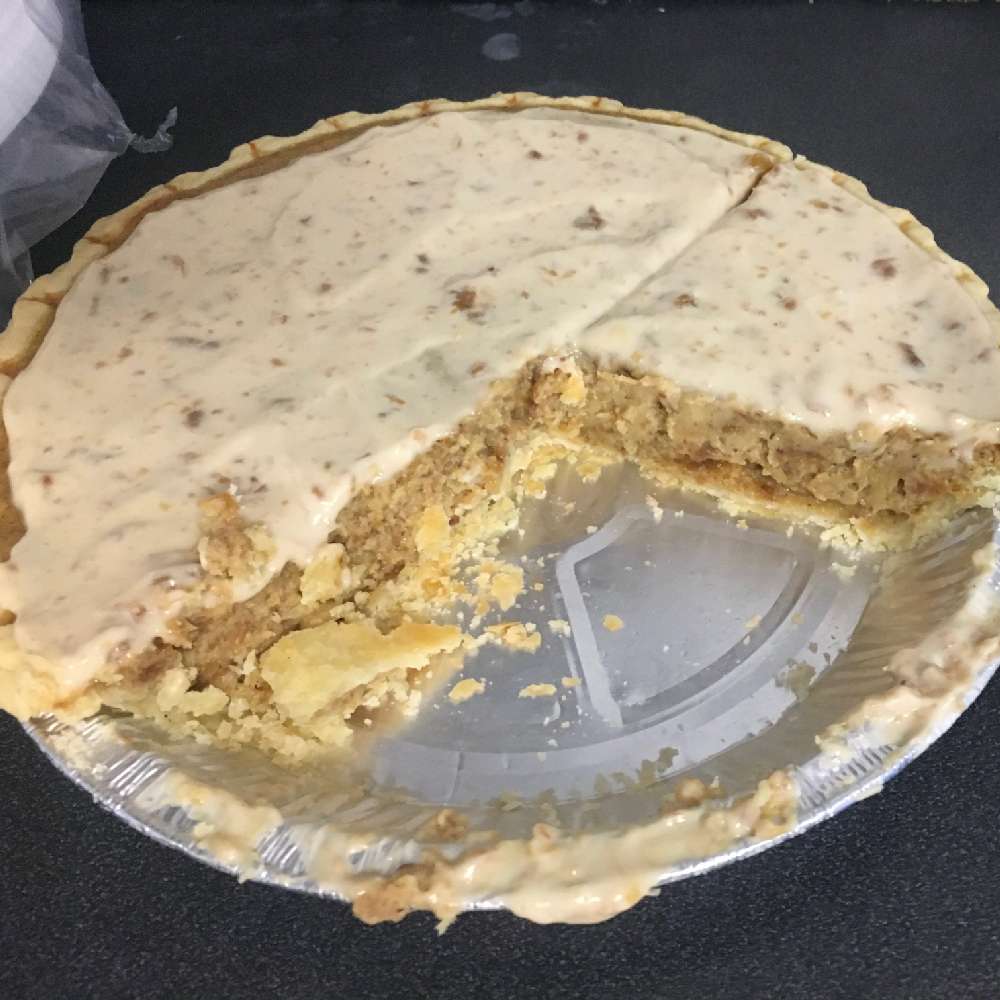 We both wanted to make pies for Pi Day and we were both craving pie's from where we grew up so I went with Shoo Fly Pie and Meredith made Buttermilk Pie.

Meredith grew up with buttermilk pie and decided to try a twist on it with this Joy The Baker (local1). She followed the recipe pretty closely. Making the brown butter was a bit of an adventure and got butter everywhere. But otherwise worked pretty well. We did use store-bought crusts.

The recipe was good, but Meredith said it was not quite what she remembered. It was more about the apricot than the buttermilk so we would probably do a different recipe next time.

I followed the NY Times recipe (local1). I didn't have time for making the crust but we went with a store bought one.

The NY Times recipe was interesting. I've never heard of making a pie like this, but essentially you have a liquid in the pie and then add the crumb mixture on top. I was really unsure of what to expect from it, though I think it turned out ok. I do not remember what it is supposed to taste like, but this was kind of very heavy on the molasses. The texture was good though. 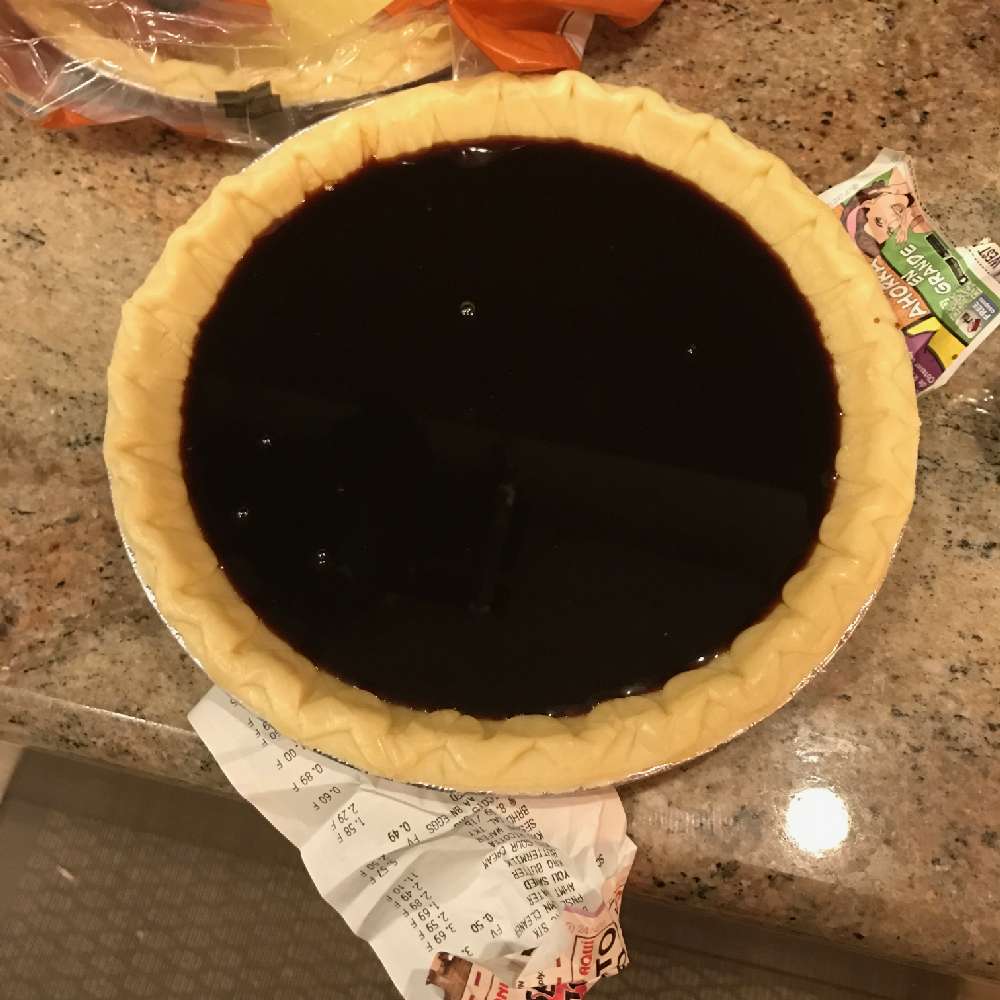 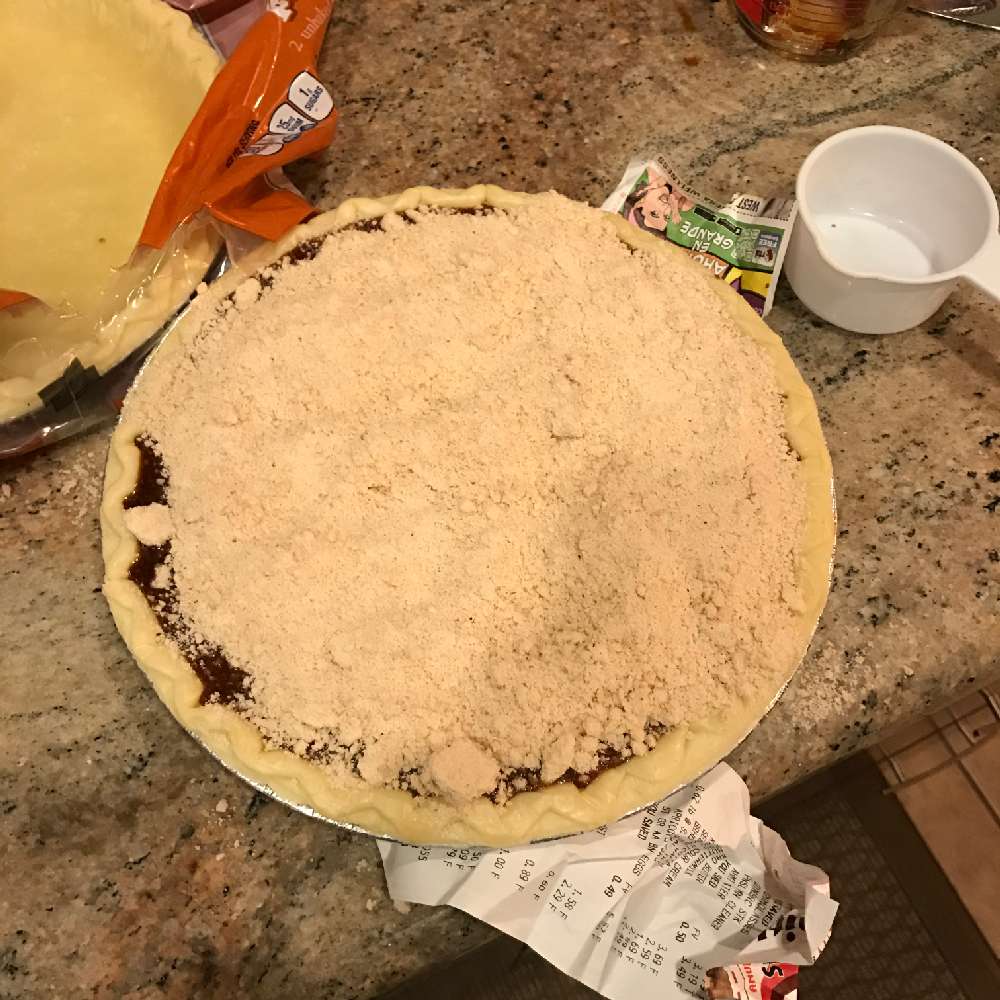 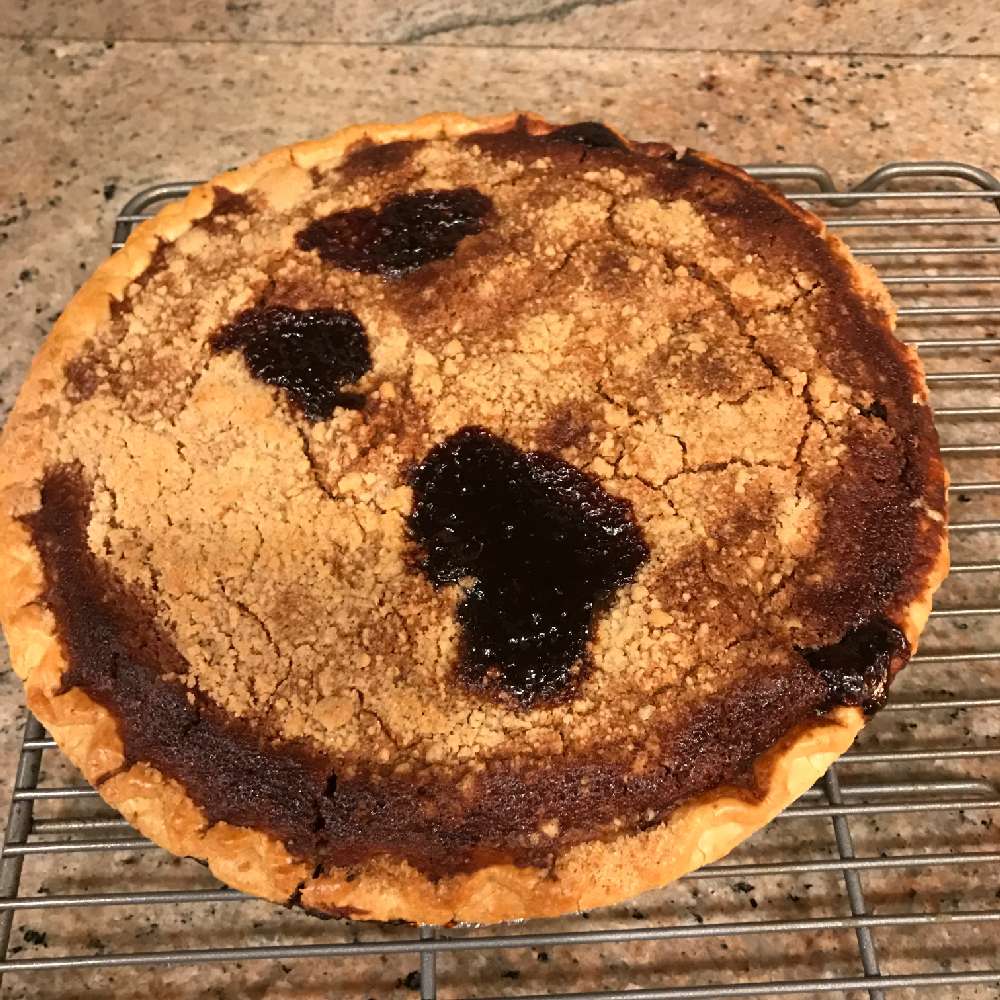