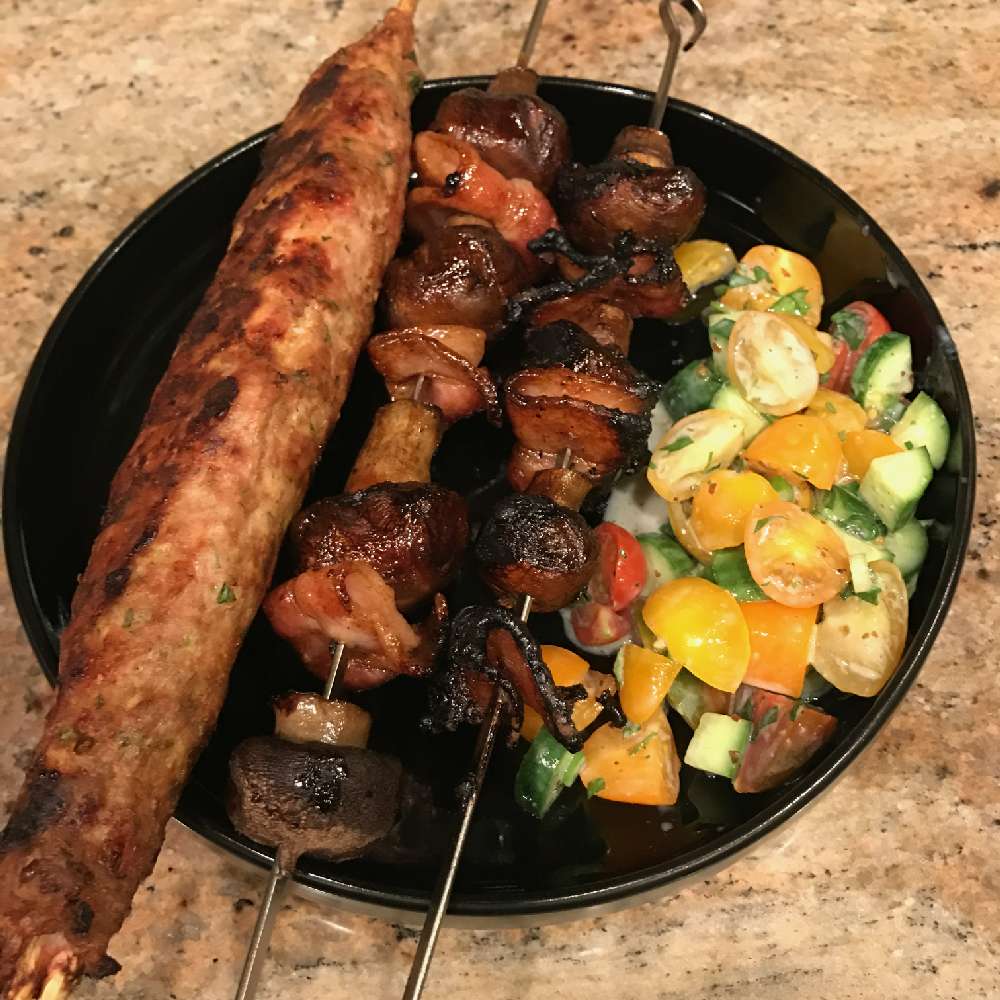 We were originally going to make half keftas and half koftas but somewhere in the process of making them, I got mixed up and started to mix the ingredients so I just made a big batch of both. Also, we decided to go with turkey instead since it was a great price, a good fat content (7%) and we thought it was a good change. The only problem was that it was a big thing of it (3.35 lbs). So I also eyeballed upping the spices.

I struggled to place it on 6 double-skewers. It was a lot and it was also very droopy. But, I managed to do it! I thought I'd have to grill it for a long time, but it ended up getting sufficiently cooked in time. I ended up keeping the heat on low while I worked on the mushrooms.

Anyway, they came out really good. I was worried that they would be too cooked but I think they held up really well. And, the flavors were a bit strange but they did worked. I mean, the koftas and keftas have very similar recipe (and origin?) so I think it worked pretty well!

Besides combining the recipes, I made a few small changes:

Again, these came together really well. Kind of surprisingly well!

We made the same mushrooms as yesterday since they were (a) really good, and (b) we had leftover teriyaki (though it was a bit too thick). They came out really good too. I think I figured out why: it is because it basically makes candies bacon!

Meredith also made fattoush though she basically just eyeballed everything. And, unfortunately the flatbread we bought went moldy (way too quickly!) so we also didn’t 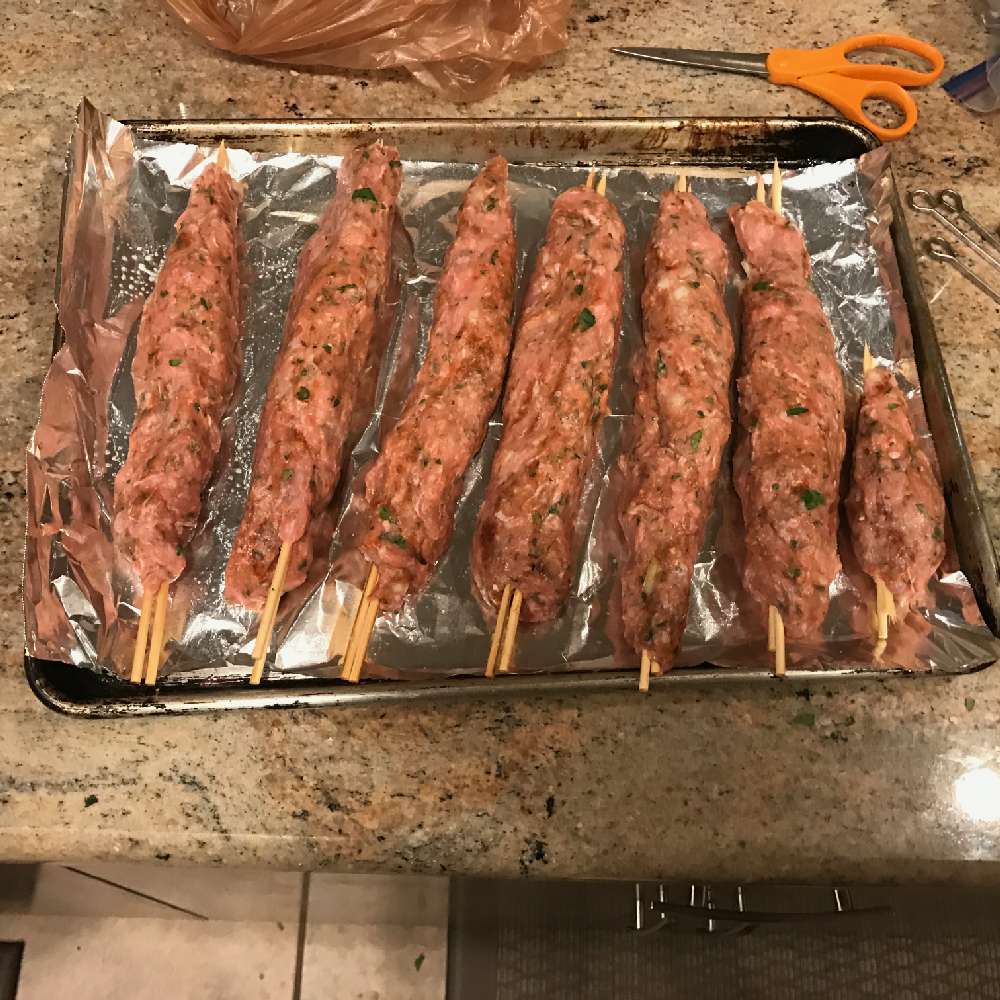 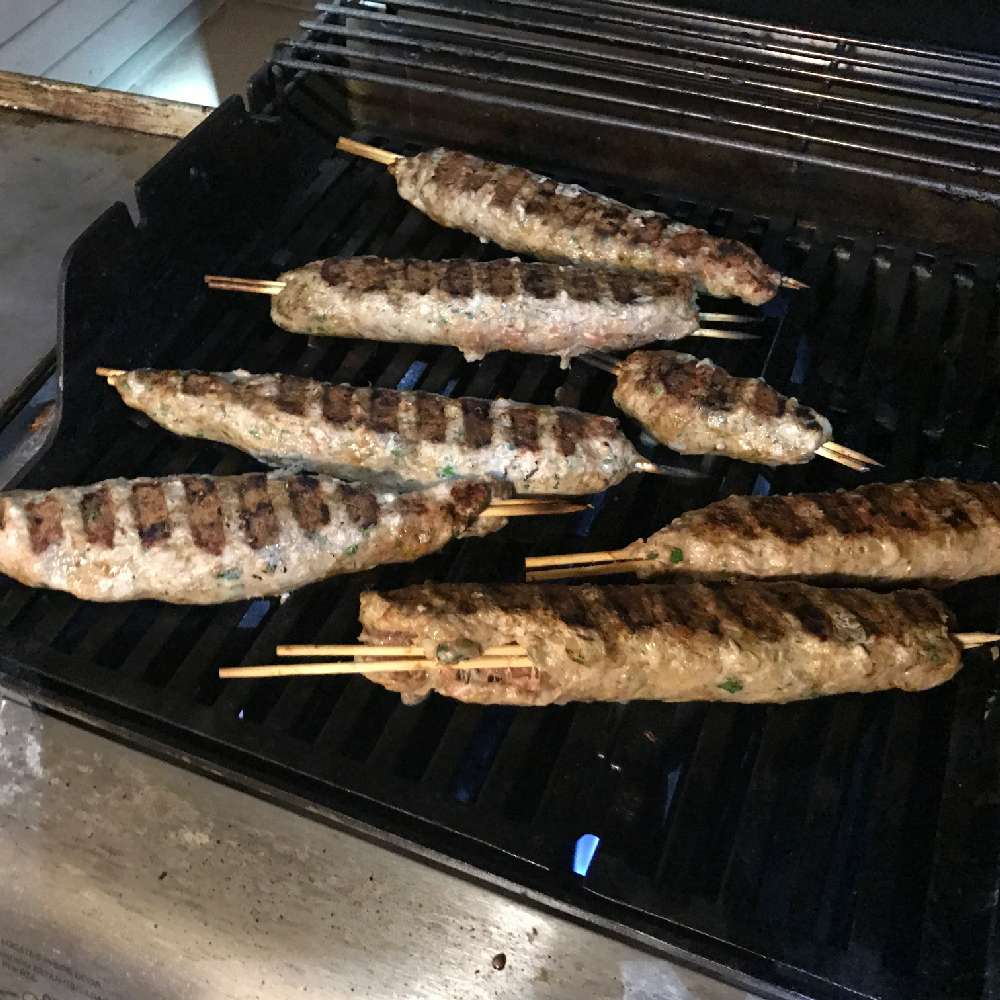 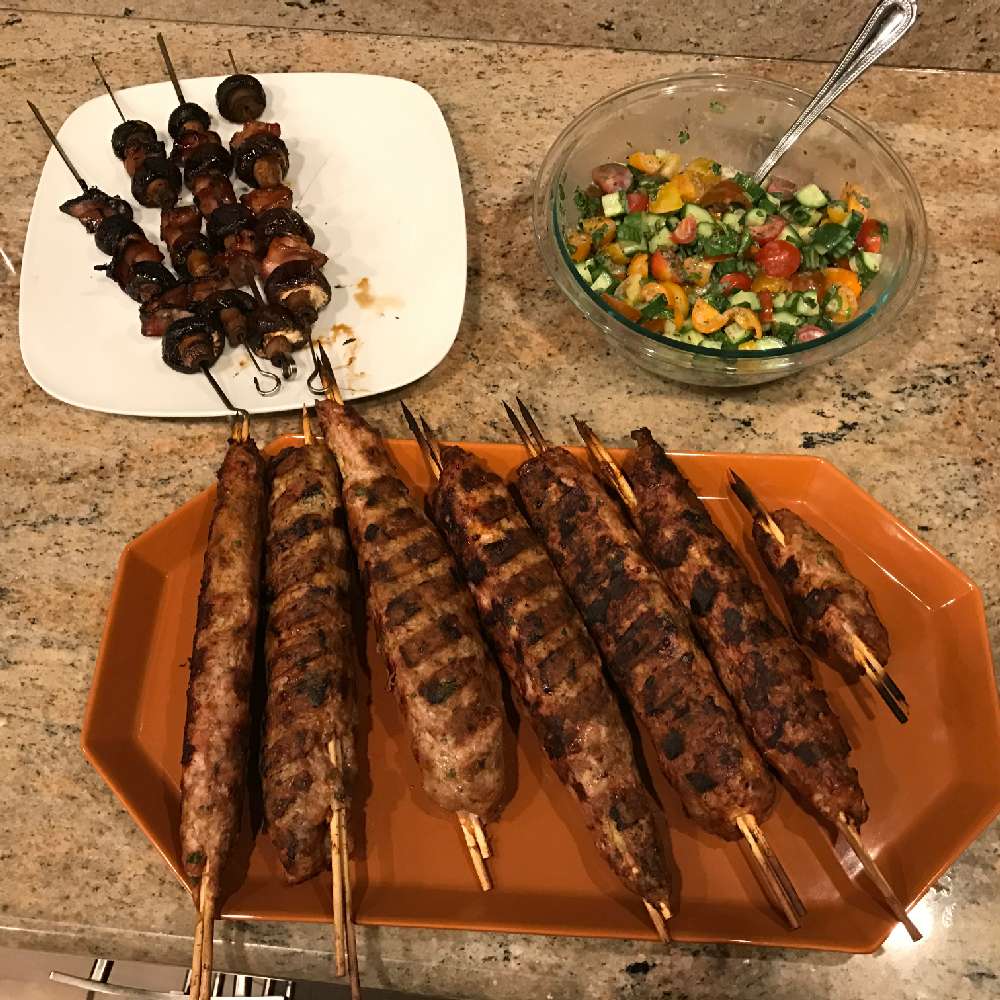