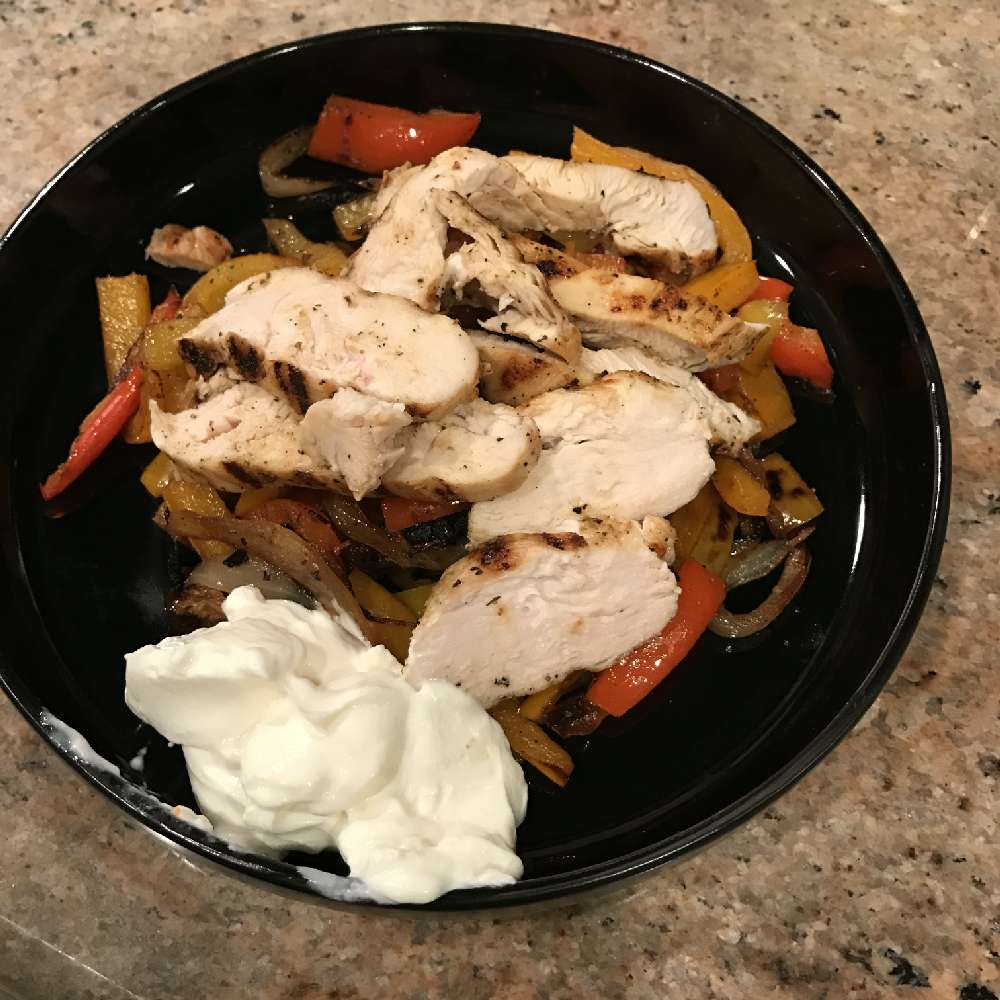 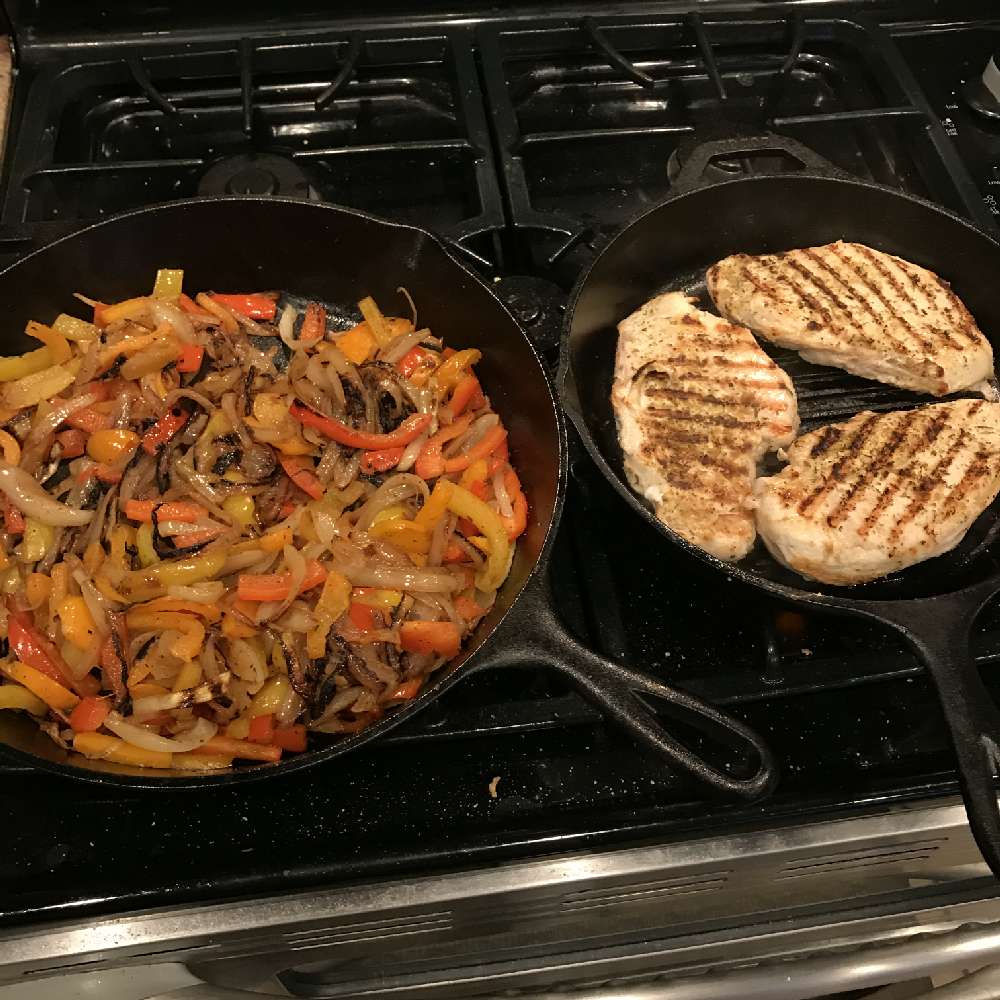 This was a pretty straightforward meal. I sliced up an onion and a half and sauteed it with three bell peppers. I added salt, Penzey's Mural of Flavor, and some cumin as I went.

I pounded out about 1.4 lbs of chicken and topped it with the same seasonings and did it in the grill pa (It wasn't very nice outside, otherwise I would have done it on the grill itself).

We served it wit some low-fat sour cream. Nothing super fancy or complex (our tortillas went bad) but it worked fine. The flavor was pretty good and we got lunch out of it too!