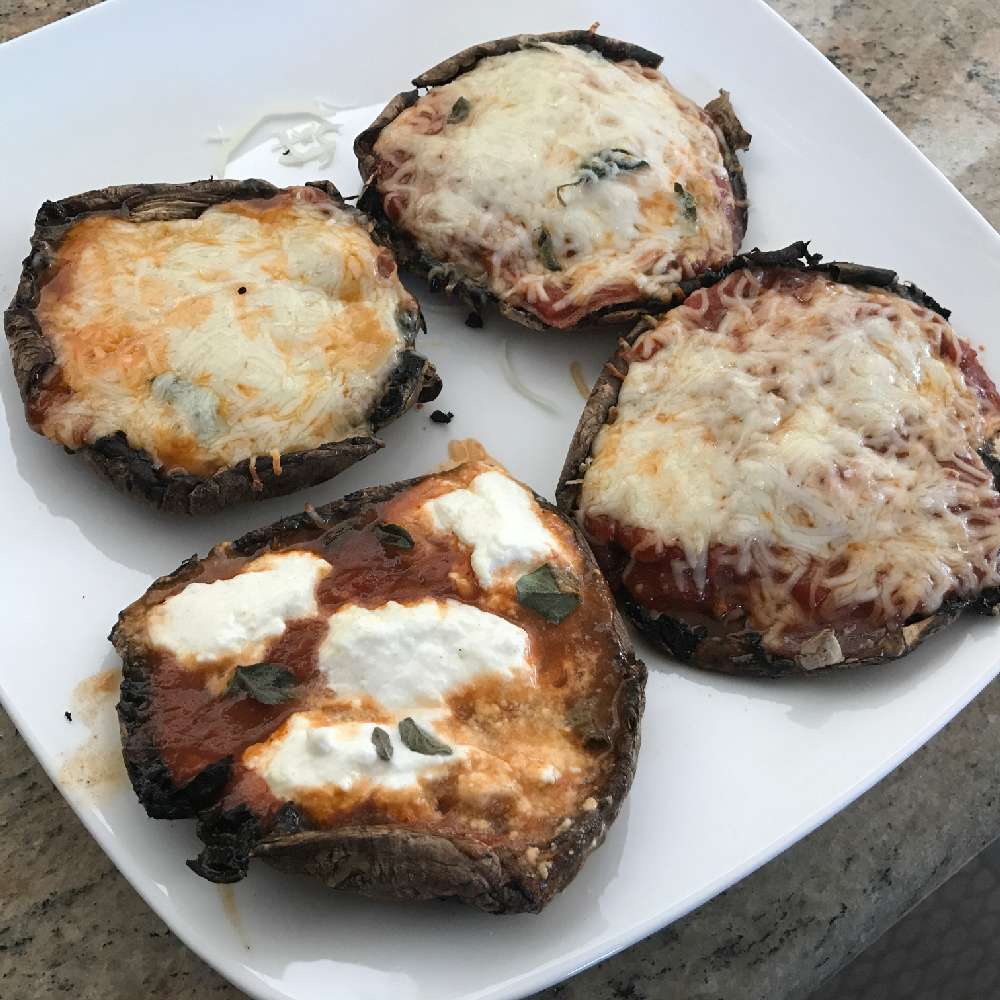 This was a nice and simple lunch (and also one of the three times we grilled today). We simple got most of the gills out of a portabella mushroom cap and used that for pizza. We used some jarred tomato sauce leftovers, some part-skim cheese, and some salami (under the cheese). Meredith also used ricotta on one pizza and some fresh oregano on others.

This was pretty simple and good!