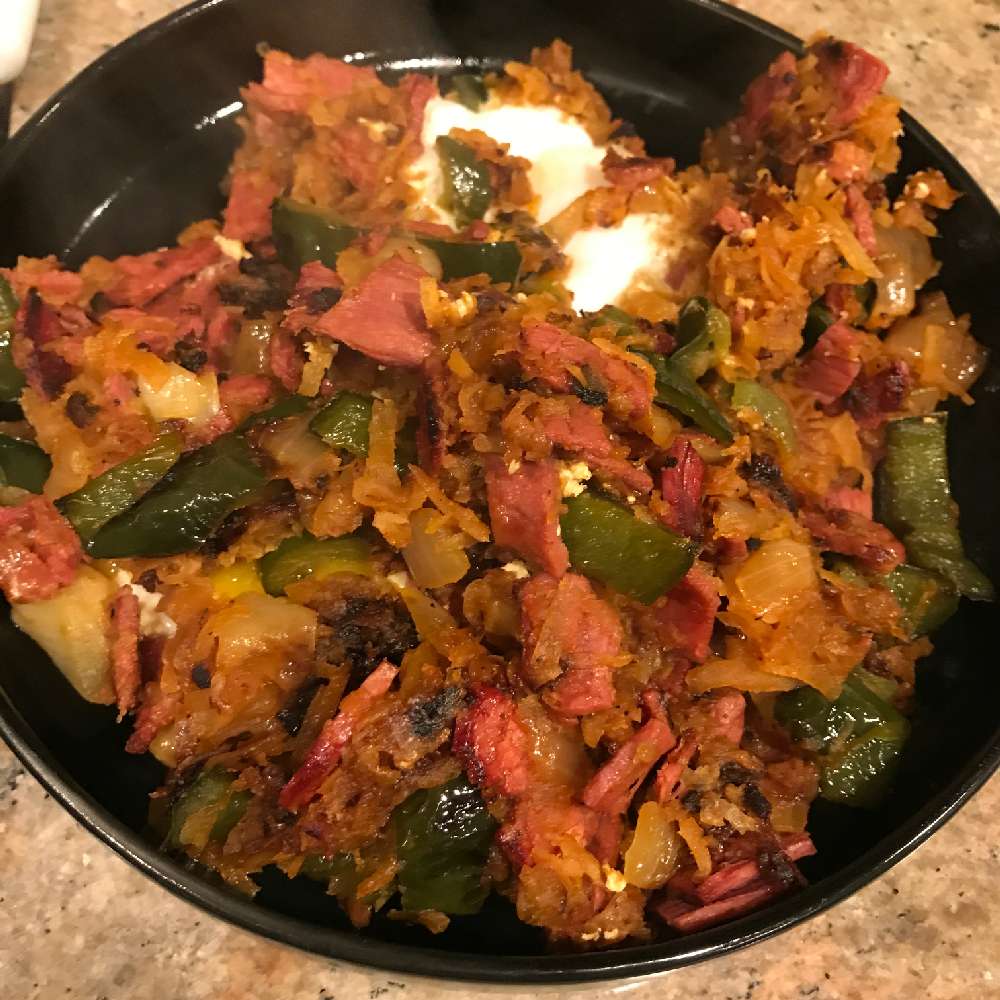 With Meredith out of town, I made corned beef hash. I wanted to use something healthier than potatoes so I did it with two golden beets and a black radish (which, BTW, is only black on the outside). I also decided to try to make it more like "hash" (as opposed to home-fries) so I grated the squash. This may or may not have been a good idea. It was very wet and kind of mushy.

Anyway, I otherwise followed the normal recipe. I again asked for 1/4 in pieces of corned beef, though these were thinner, I think. The only other changes were that I still used 2 Tbsp of ketchup plus 1 Tbsp Sriracha.

I think it worked out okay. Like I said, the beets and radishes were a bit wet and also sweeter than a potato. I guess the end result was closer to the canned kind where it is mushy. Oh well. It still tasted pretty good. 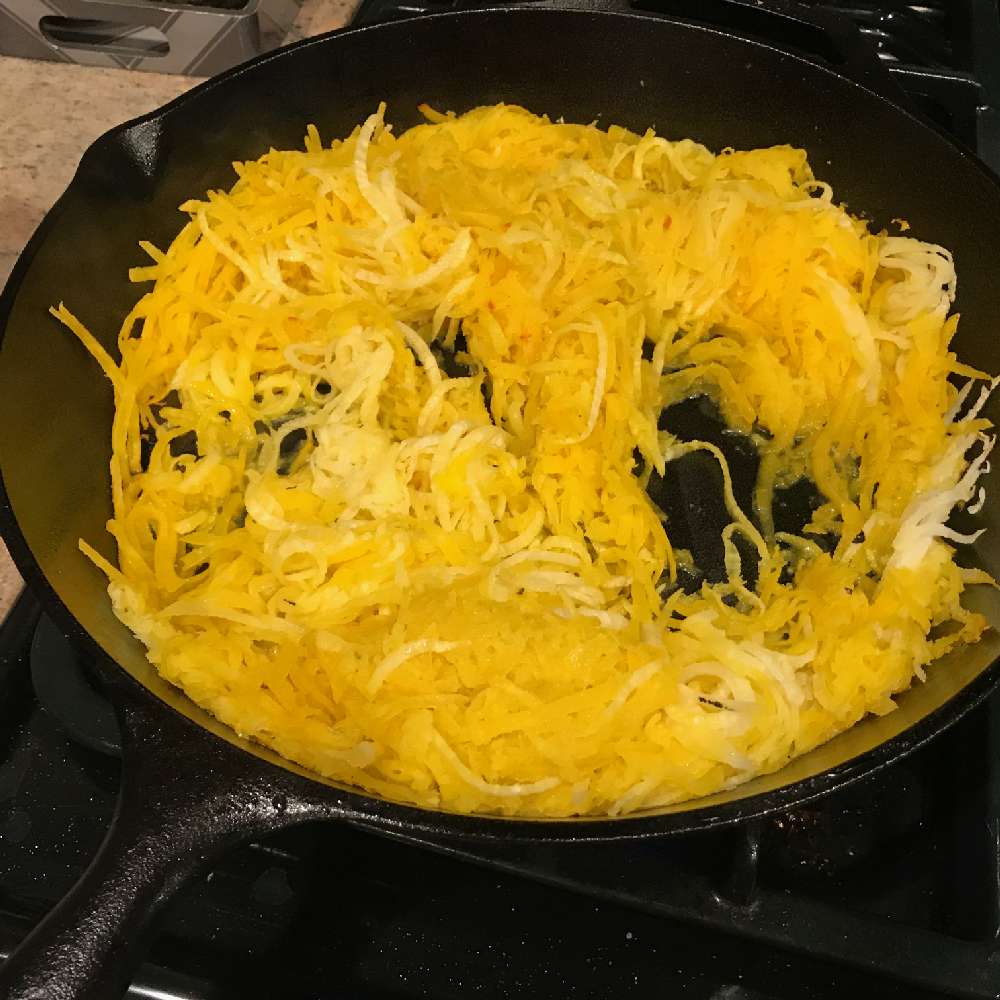 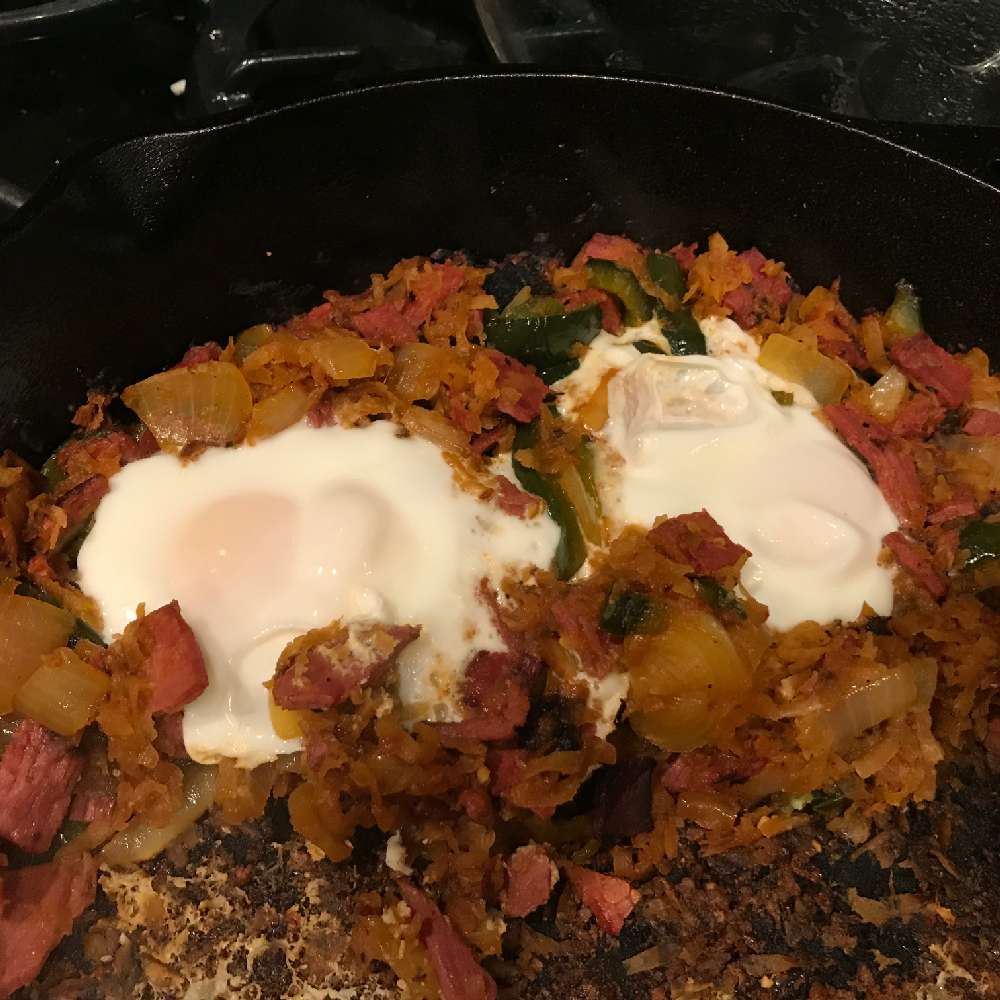