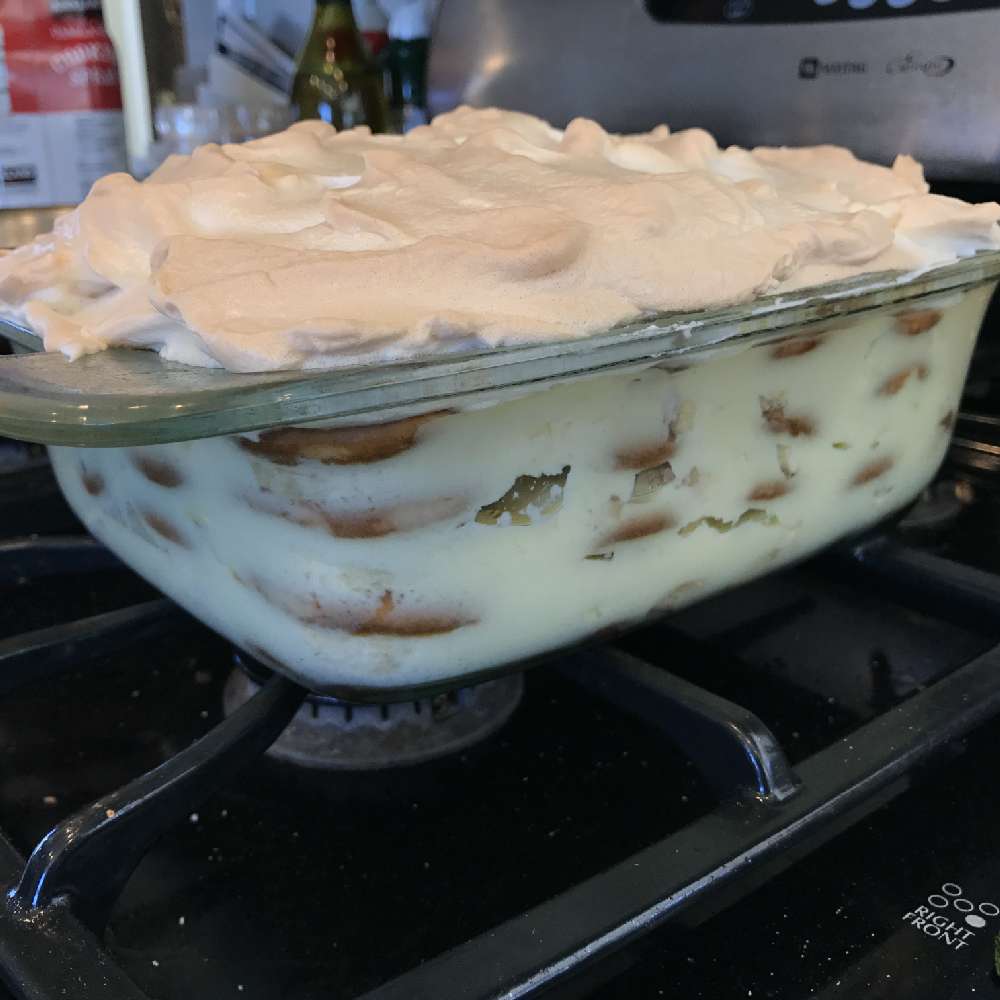 Meredith has been wanting to make this for a while and getting invited for a BBQ was the perfect opportunity.

We followed the Add a Pinch (local1) recipe and followed it pretty closely except that we forgot the vanilla for the first few layers. And we used lite nilla wafers.

Other than that, we stayed pretty true to the recipe. It was surprisingly easy and really good. The pudding before going in tasted a lot like tapioca pudding but the banana flavor really got infused.

And it was really good and popular. It almost all got eaten! 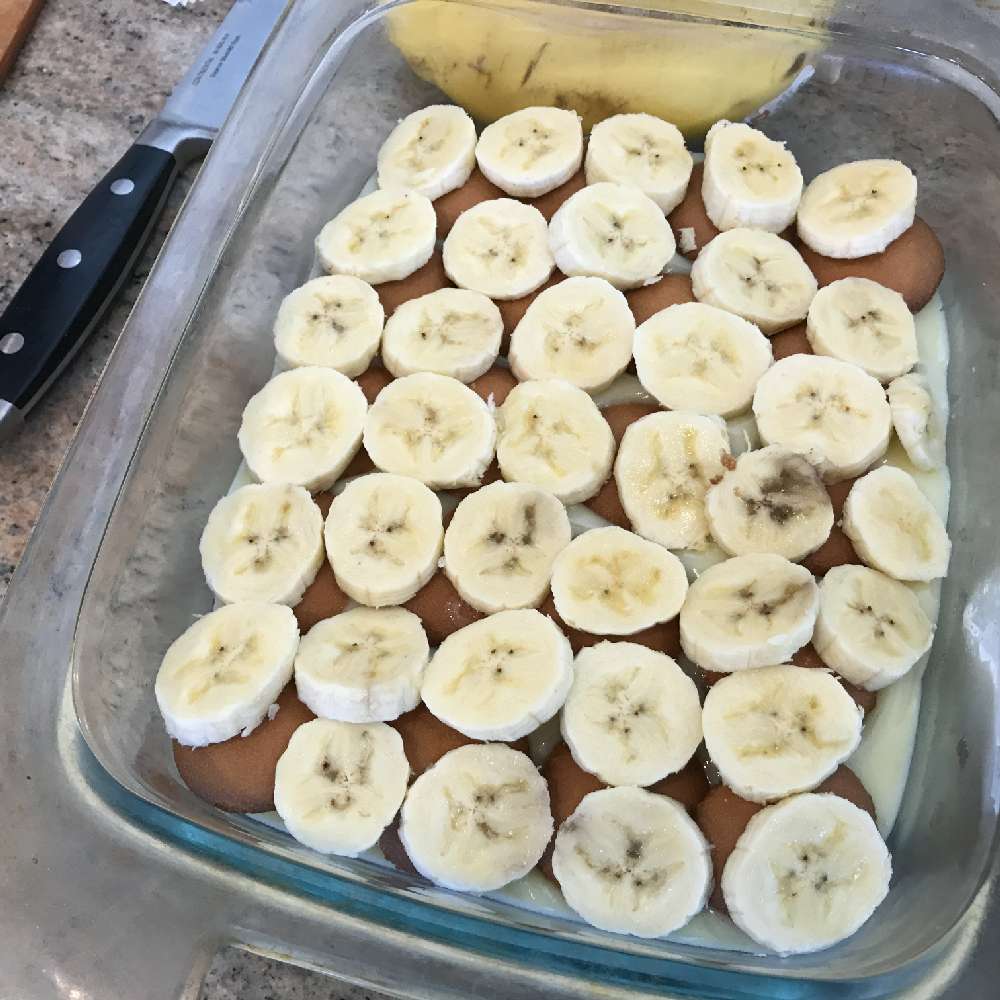 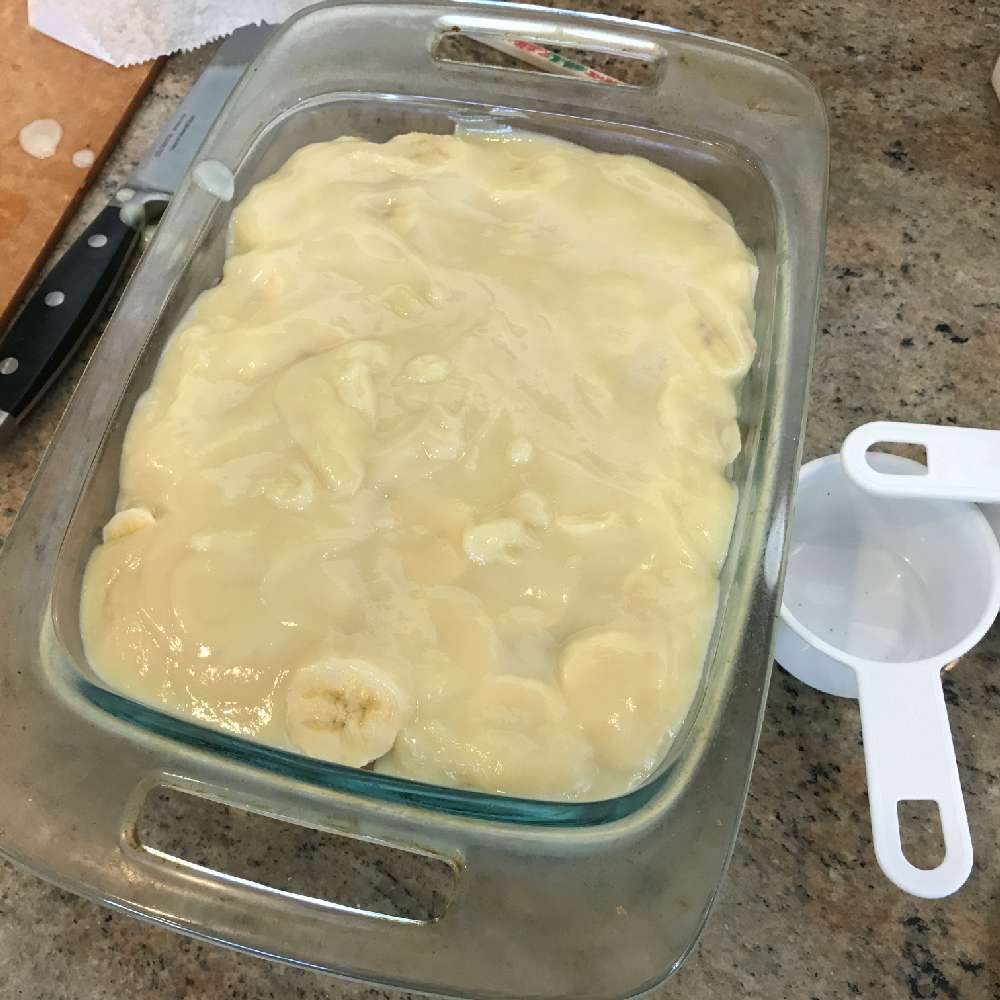