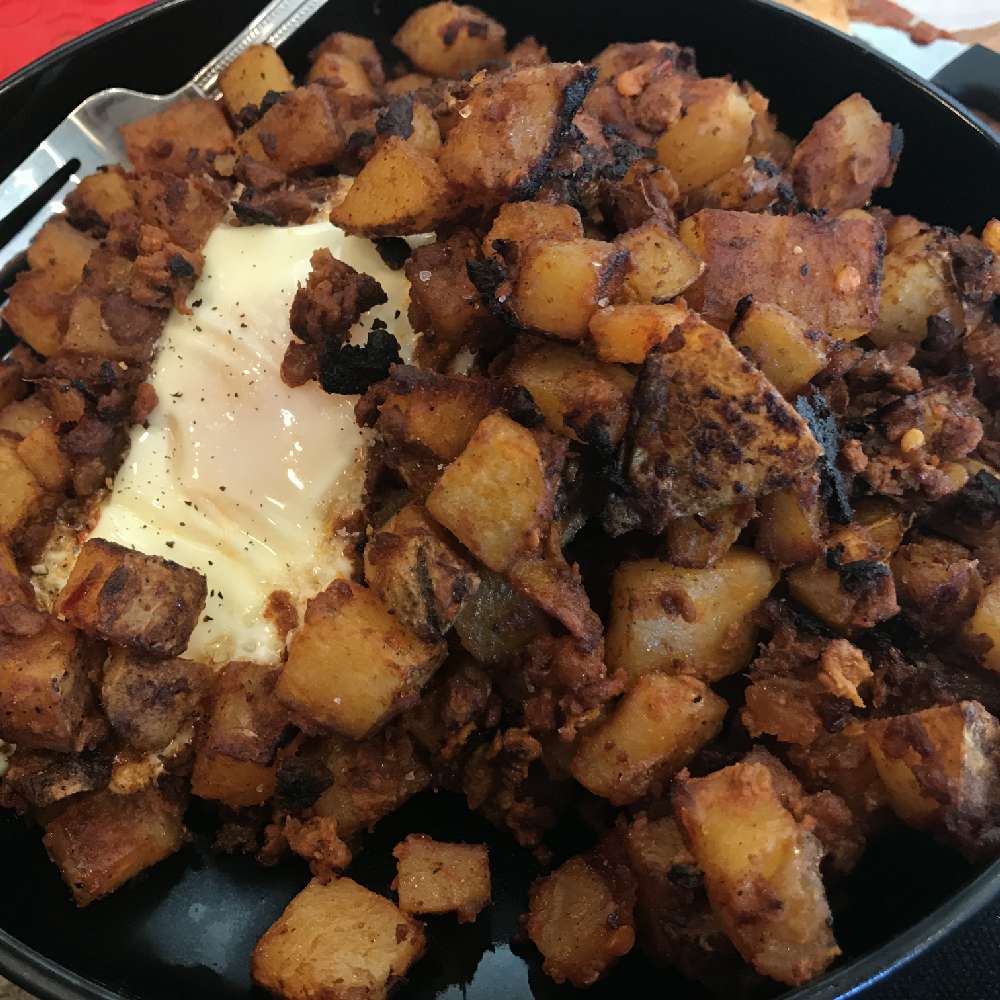 I made a pretty simple breakfast of soy chorizo hash. I sued two medium-sized russet potatoes and got them (somewhat) crispy in the cast iron pan. I then added a package of store-bough soy chorizo (pictured below). We usually prefer the Trader Joes one but this was fine. I decided not to use ketchup and/or Sriracha like I do for corned beef hash since the chorizo was so wet (though we topped it with Sriracha).

Finally, I poached an egg in it (and finished it on the broiler).

It wasn't bad though also wasn't super interesting. I prefer corned beef has to this any day! 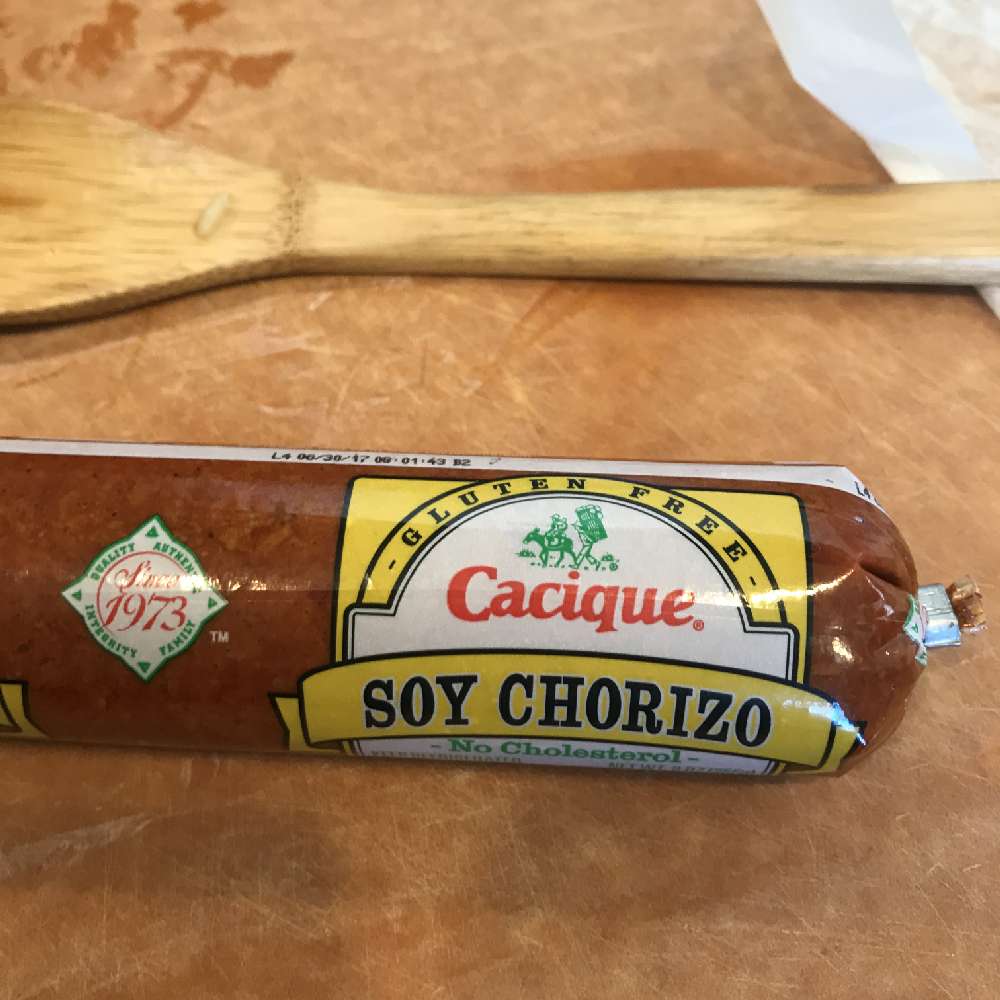 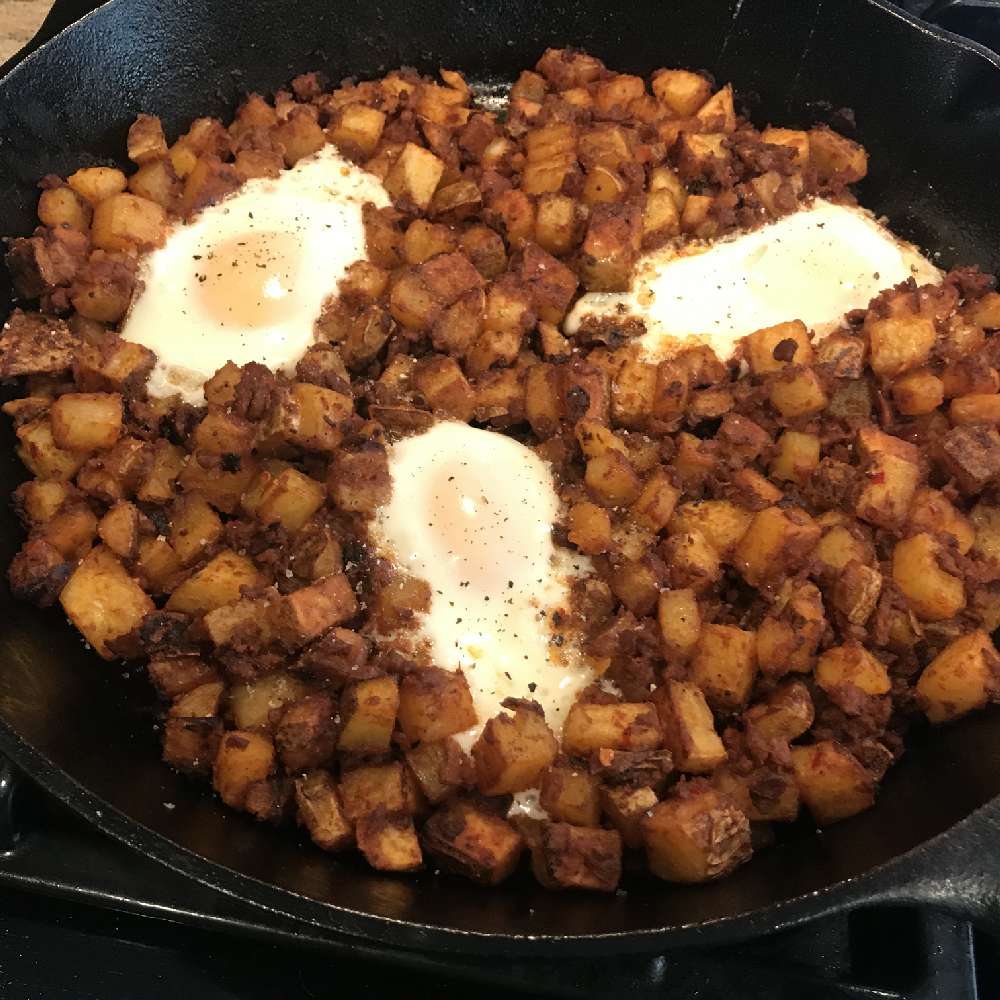