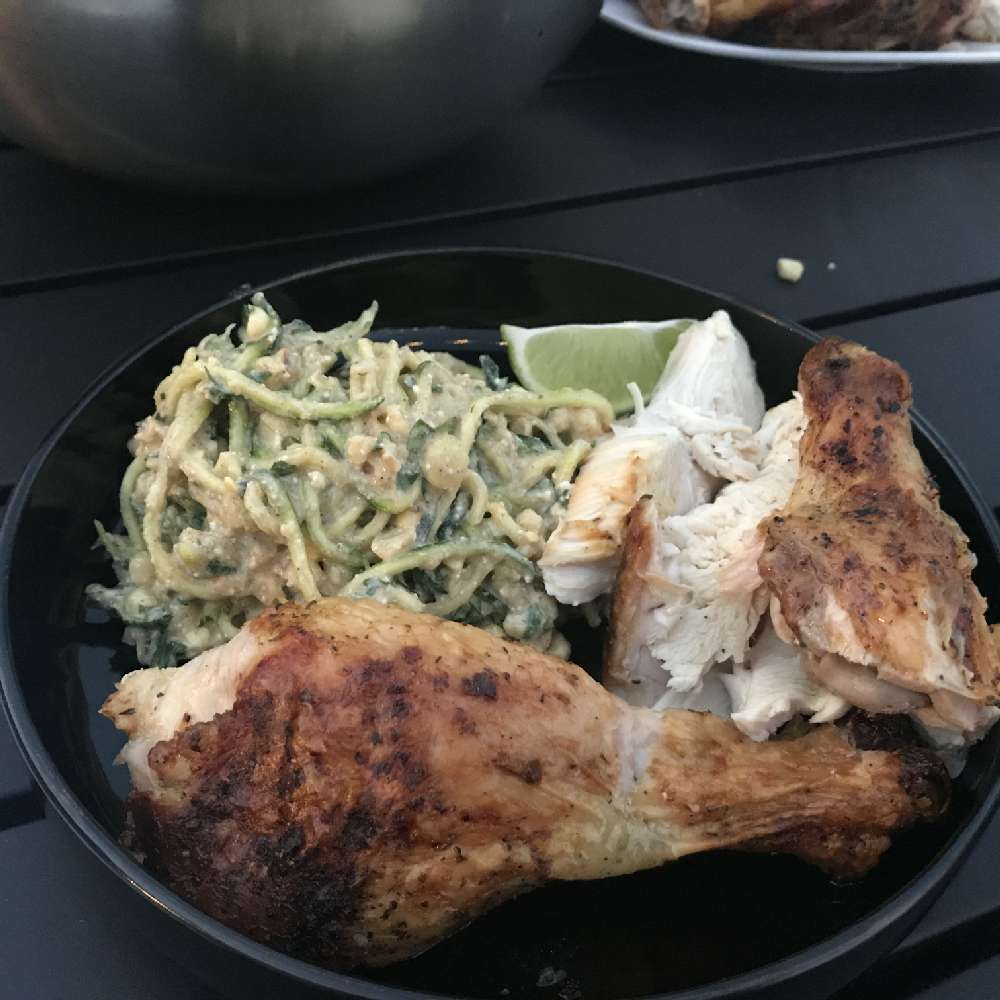 We made a nice, big, meal for Meredith's family. We made Grilled Spatchcocked chicken. We started with a rather large chicken since there were a lot of us. We seasoned it with salt, Mural of Flavor, and Fox Point.

The chicken came out pretty good. Really juicy as usual and not too hard. I will say, some of the breast meat wasn't super flavorful; probably because the chicken was so big that it didn't permeate a ton. I do want to try brining it sometime.

Meredith made Elote Salad. She was inspired by Inspiralized (local) to (a) add zucchini and (b) make it as a salad rather than on the cob. But, she really followed Serious Eats (local1)

She followed the basic recipe but:

This came out really good. A bit spicy but it was a fun way to make it. And by using some zucchini (we used two) it bulked it up and made it healthier.

The whole meal was pretty good. And a lot of leftovers! 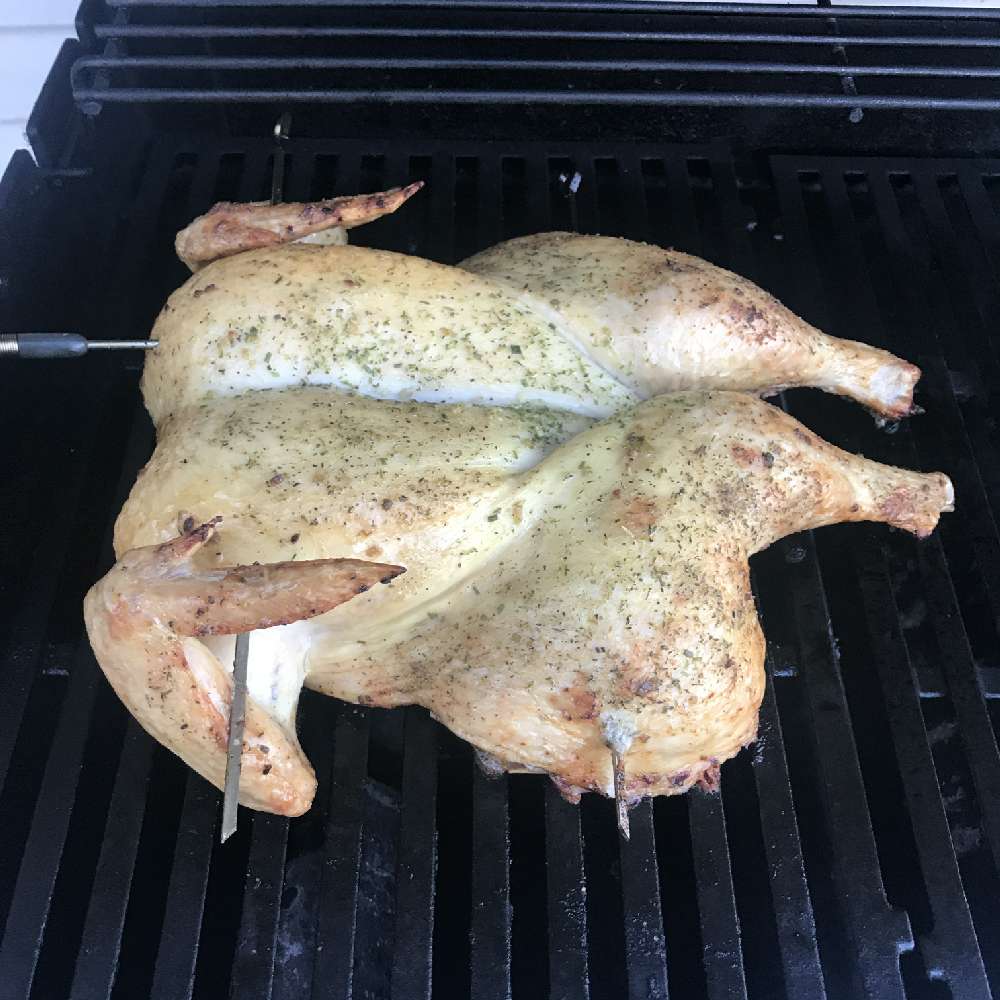 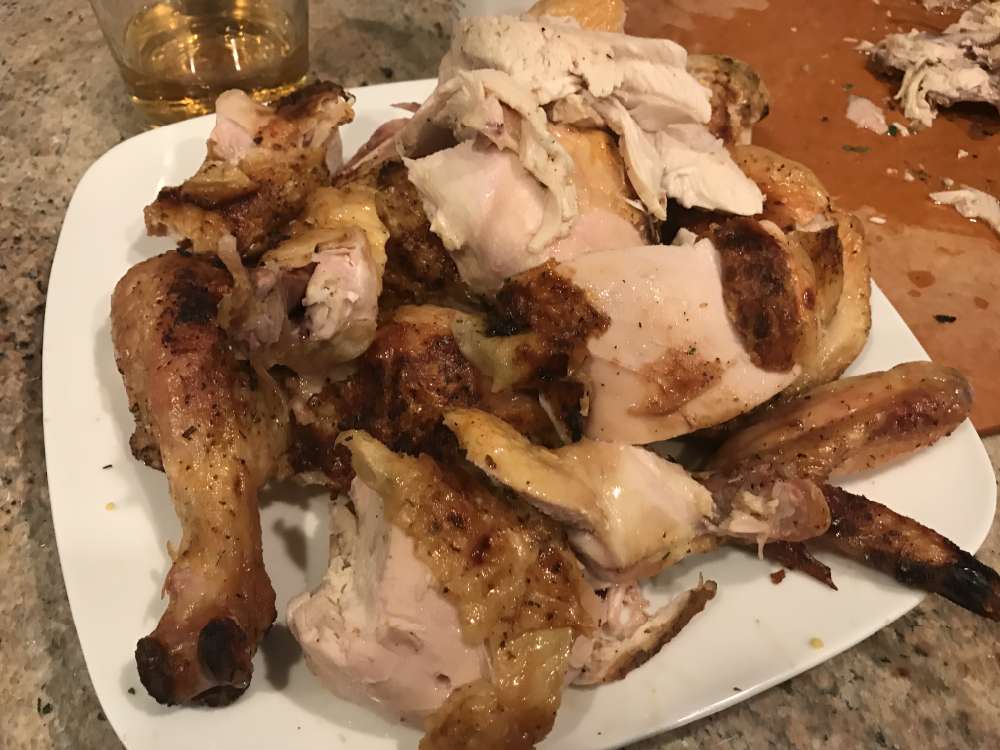