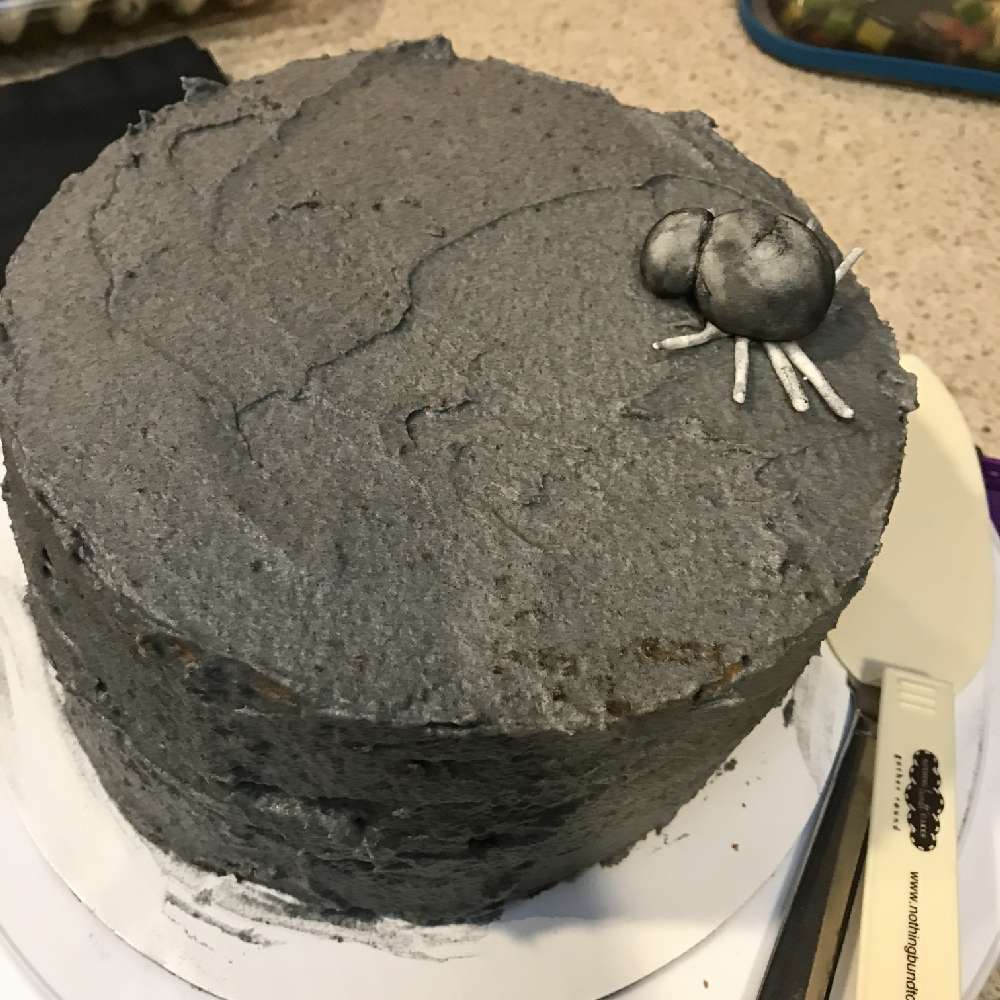 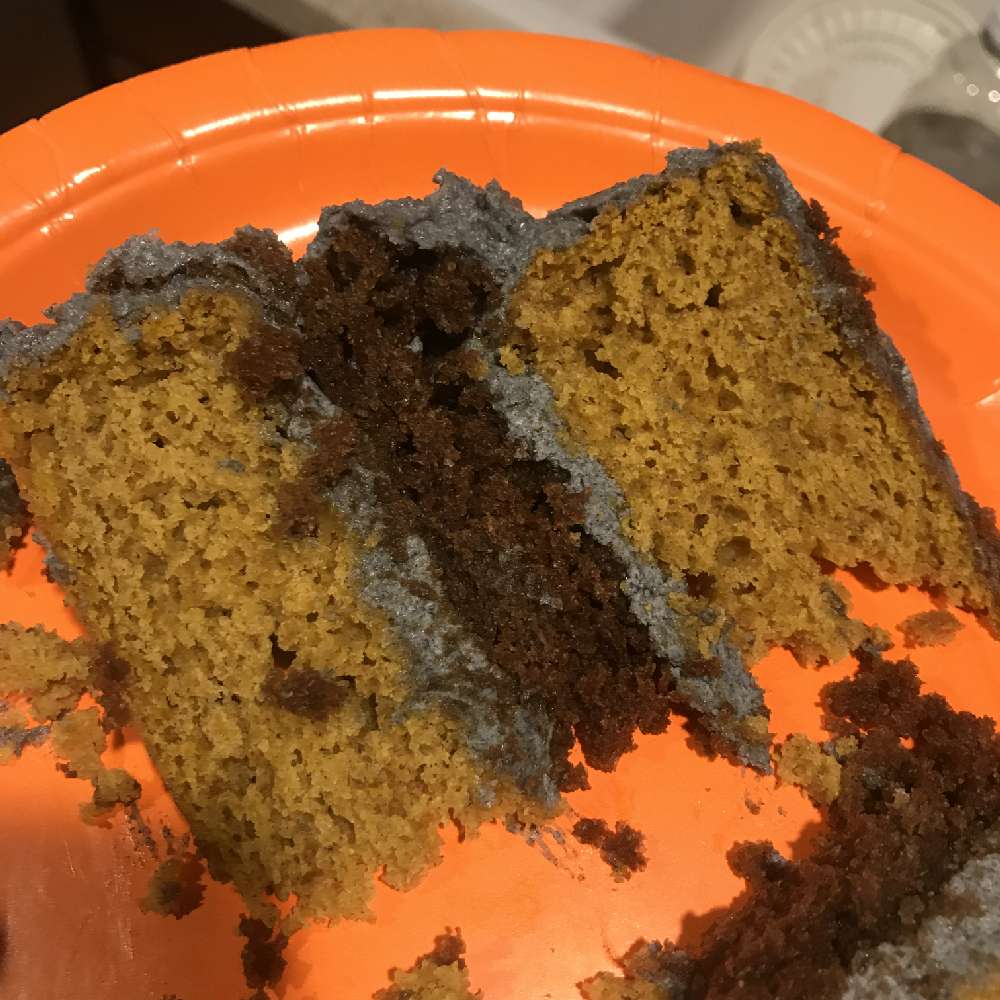 Meredith and I made a pumpkin-chocolate halloween layer cake for a party. We had grand aspirations, but struggled quite a bit along the way. 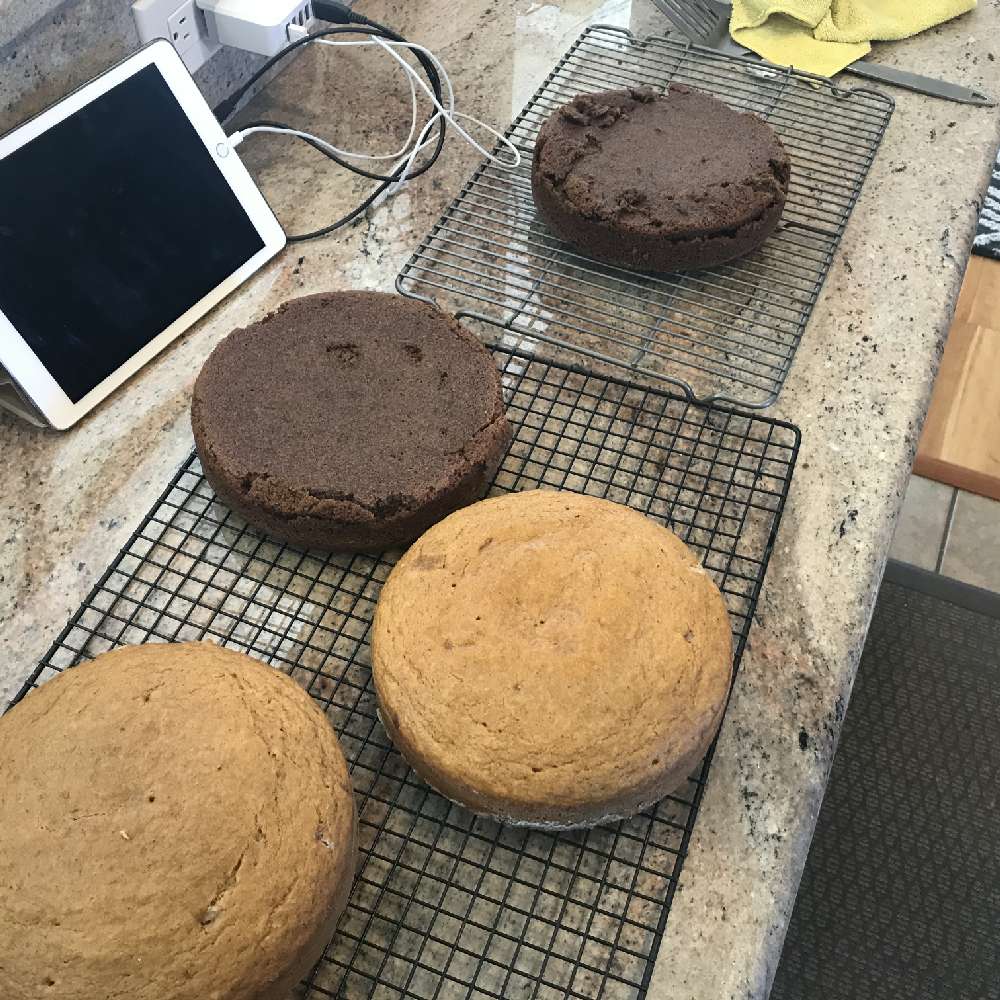 The pumpkin layers were this Vermont Spiced Pumpkin Cake from Food52 (LOCAL). We stayed very true to that recipe for the cake. It came together nicely, though was a much firmer batter than I expected.

They came out of the pans nicely and the cake was pretty good!

The chocolate cake was my Dad's Chocolate Mayonnaise Cake. We used avocado mayo but but other than that, the only real changes we made to this was butter and flour the cake pans (which may have been a mistake). As you can (kind of) see in the picture, they did not release well. And that caused some pretty major issues later as the inner layer kind of crumbled. The layer still tasted good (but you had to remember to not tell anyone that it was mayo-based!)

The original hope was to use activated charcoal to create a black icing like we did to make Hemingway's Black Cat Cocktail last year. Well, we started with 1.5 timesThe Kitchn's Buttercream (LOCAL). I do not know if the butter wasn't softened enough but I struggled to get it to come together. It eventually worked and we started to add the activated charcoal (see the carnage below). We used half-and-half for the "milk or cream".

I will note: using activated charcoal was a huge mistake. The icing came out super gritty!!! I figured it would dissolve but it didn't! Food coloring next time! 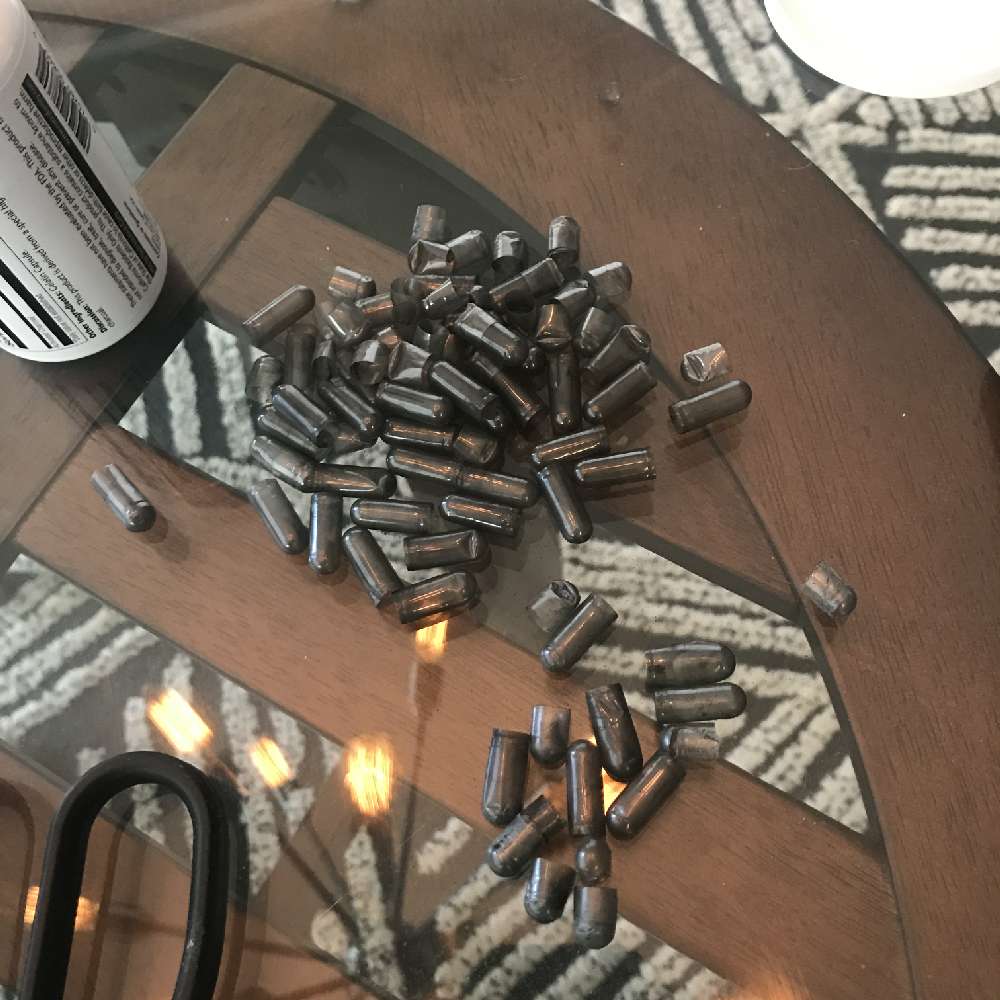 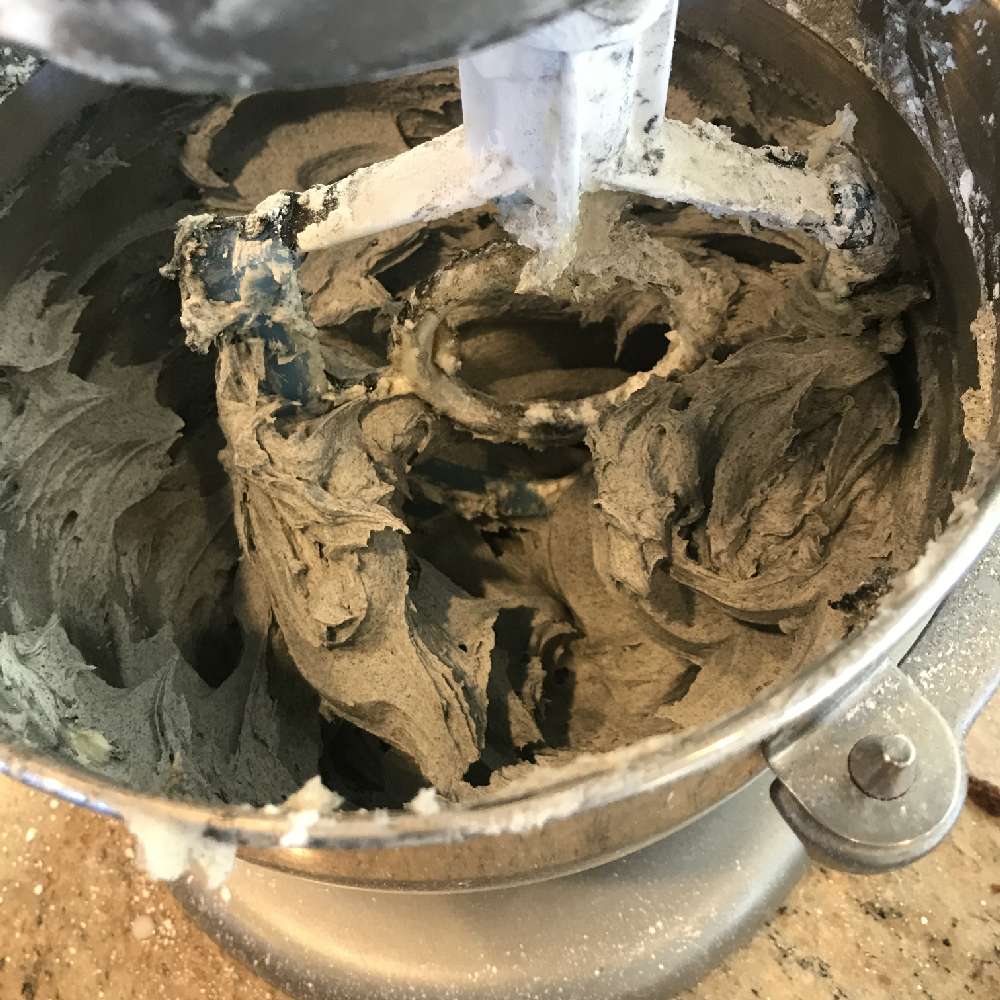 The icing was thick but I thought it was fine. I started to spread it on the bottom pumpkin layer and it was needed way too much!. I was not getting great coverage, but I was concerned about running out (and we didn't have more softened butter and opening all those carbon capsules was a PAIN). I put on the chocolate (and missed a bit. Nothing I could do) and started to top that. It was awful. The cake was kind of dissintegrating beneath because the icing was too thick. (Oh, and by the way, I ended up getting it close enough and topping the pumpkin layer. For the top layer, I flipped it over to give me something stronger (the edge) to spread on.

But there was no way I was going to get the rest of this icing on. So I threw it back into the mixer and added more half-and-half. Of course, I added too much but I needed the icing thinned a lot.

I started to spread the outside and super, super struggled. Everything was a mess. I have the top as light of a coat as I could and started doing the sides. The chocolate cake immediately began to crumble more! I was trying to hold that in, while spreading the (now too thin) buttercream. And I had next to nothing to work with!

With lots of patience and a few really deep breaths. I did my best. It was not super smooth and the layer was really thin. There were cake crumbles in the icing and the whole thing tilted. But it was the best I could do!

By the way, at this point we were also running very late! So I was working as fast as I could. And making the butter cream turned into a huge mess! The disaster is pictured below along with the final cake. (A vacuum made cleaning up pretty easy actually) 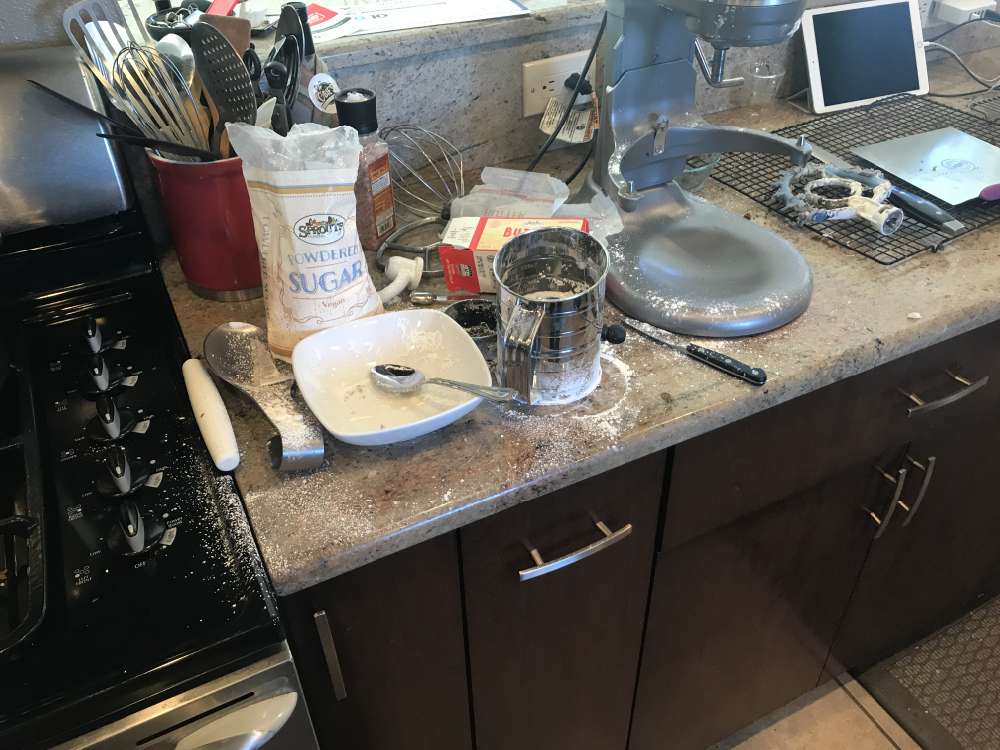 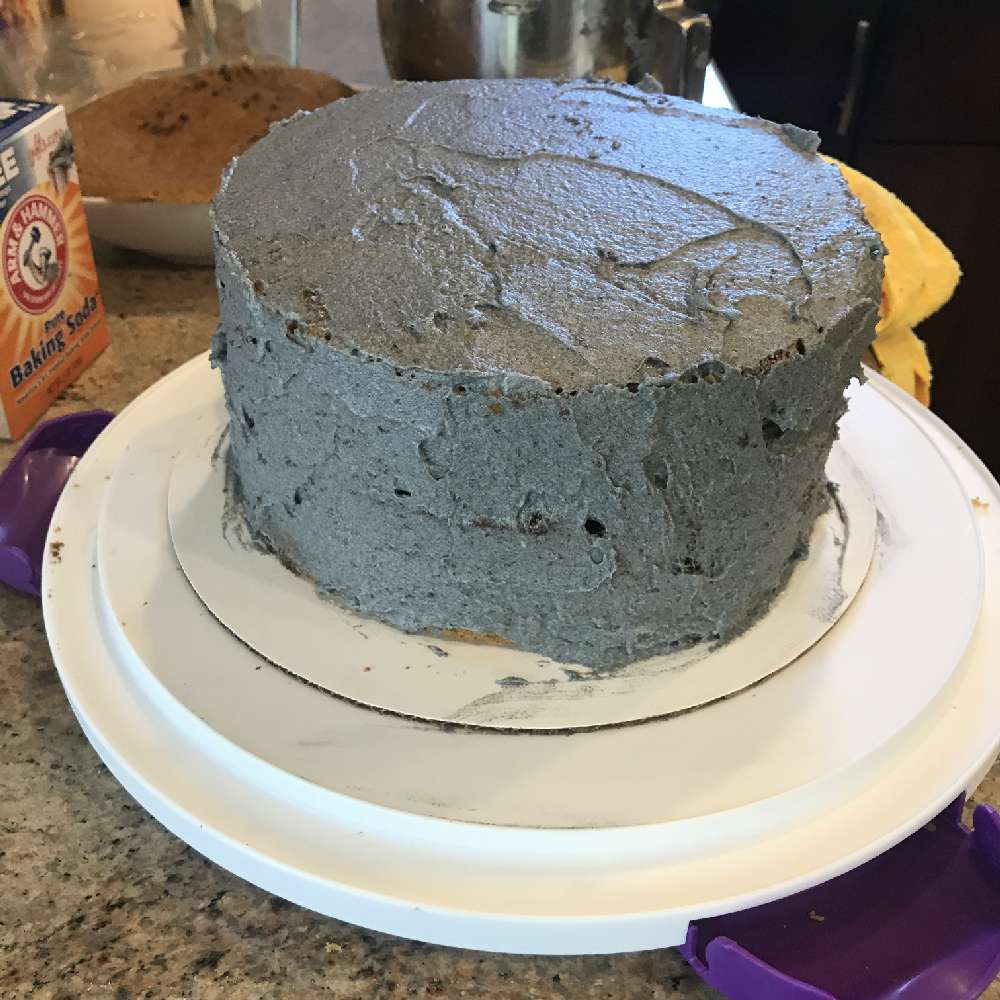 Well, we were running late but we wanted to go through with our plans to make it a spider-web cake using the technique from The Cake Blog (LOCAL).

We purchased marshmallows from Sprouts which may have been the mistake. We needed cheap, junky ones. Because these from sprouts did not melt. I put them in the microwave for the prescribed 30 seconds...nothing. Another minute... they expanded but certainly didn't melt. One last desperate 45 seconds, still nothing. We just got this awful, chewy blob (that also smelled strange)

I think we needed to use regular (junky, chemical filled) marshmallows! We just gave up at this point and just used the fondant spider Meredith made. 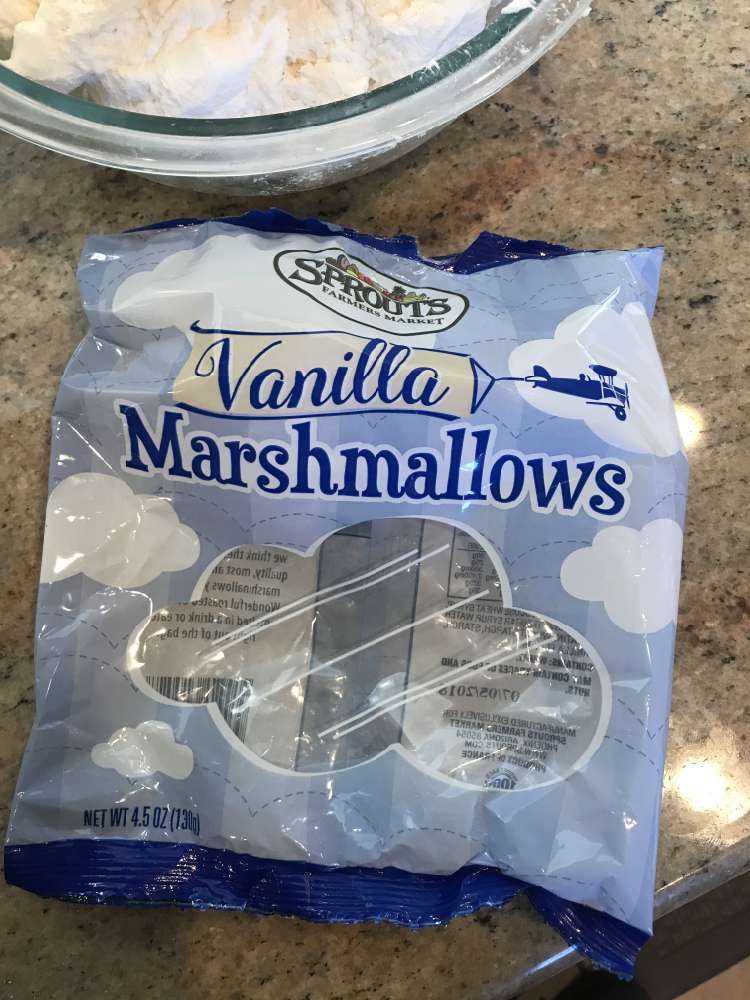 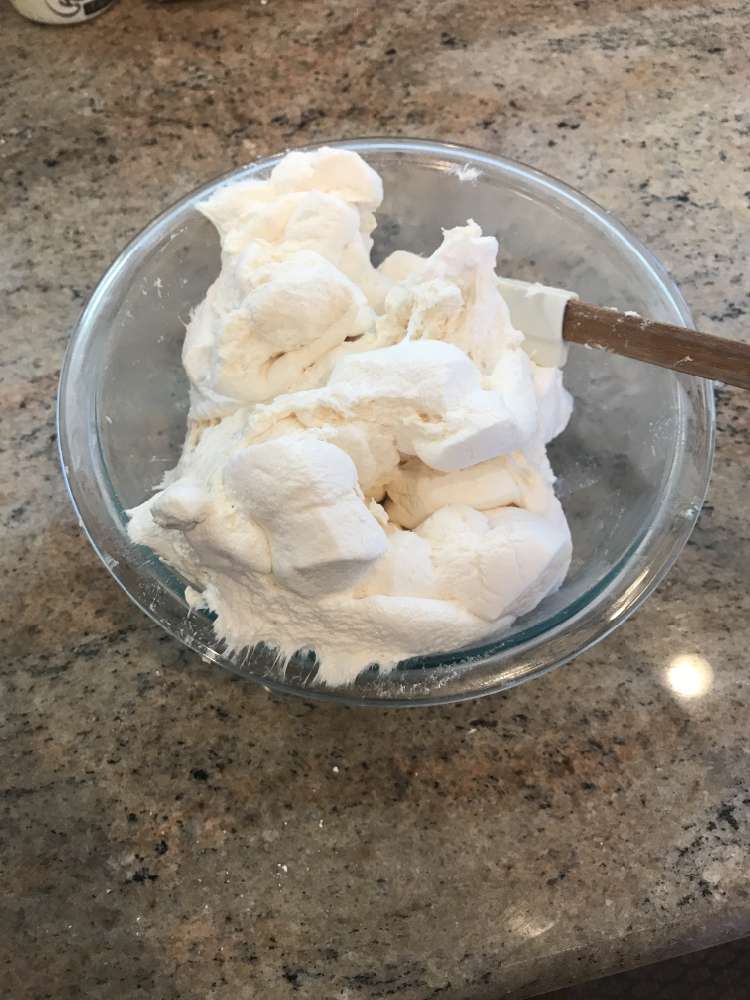 I would use this pumpkin cake recipe again in a heart-beat. I was really happy with that. Less so the mayo cake but I also wouldn't write it off. I think the buttercream, before adding the charcoal, was good (though thick). I would do that again too, but be more cognizant of its thickness.

Also, I would leave myself much more time!