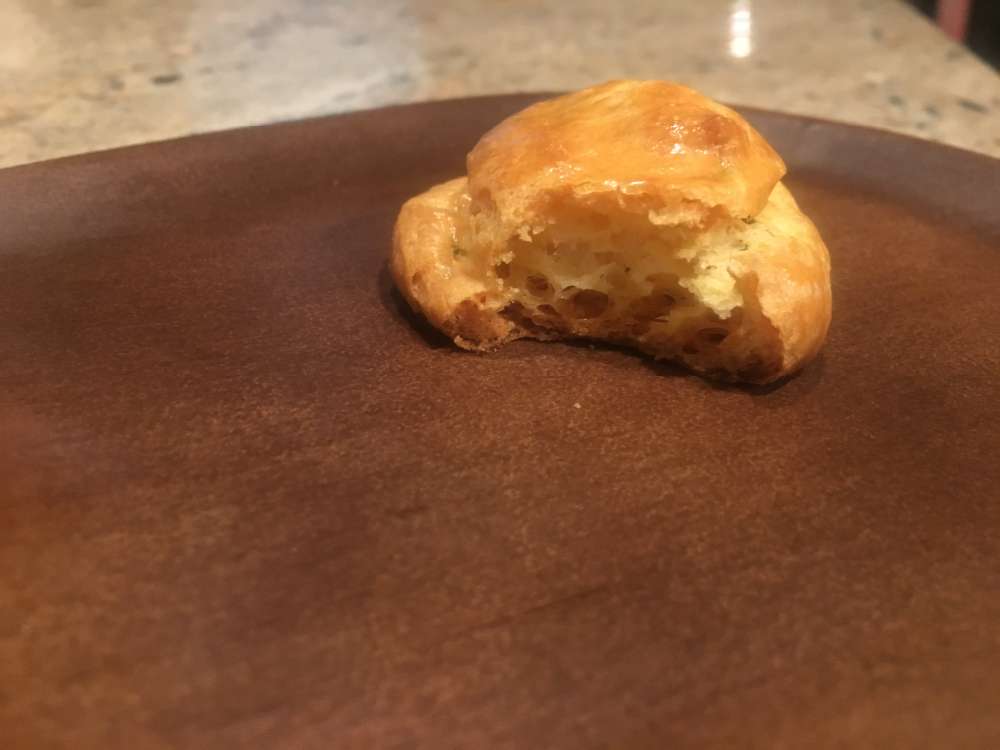 Tonight I completed the second and third day of The Kitchn's Baking School, which entailed making Pâte à Choux and pastry cream. I decided to split the dough and make half cheese gougères and half cream puffs. I followed the directions very closely for the dough, and ended up using all 4 eggs. It still seemed really thick, but I went with it. Then I divided it, put half into the piping gun and piped the shells for the cream puffs. It was a bit tricky getting the dough into the gun. After that, I folded about 3oz of grated gruyere and a scant tablespoon of chopped fresh rosemary to the remaning half and piped that. From there, I just followed the timing in the recipe, keeping to the lower range of the baking times. They came out really well! The gougères are really light and airy, reminding me of cheese straws, but we haven't tried the cream puffs just yet. I would definitely make the gougères again, maybe with Parmesaen and a different herb.

For the pastry cream, I followed the recipe pretty much to the letter. I felt like I probably could have skipped straining it, as there didn't seem to be any lumps. After about 2-3 minutes, it started to thicken, and it was pretty quick from that point on. It’s a very quick and esasy recipe. Next I piped the cream in into the puff shells by poking a small hole into the shells and filling. They were also really good, though I probably overfilled them based on how much pastry cream I went through. 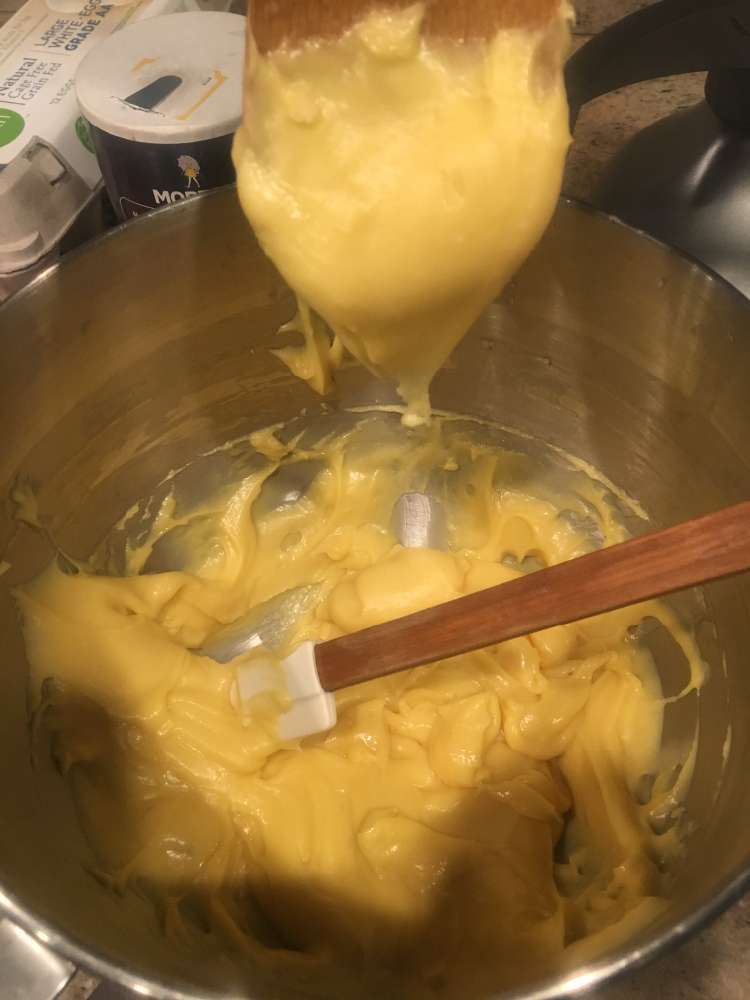 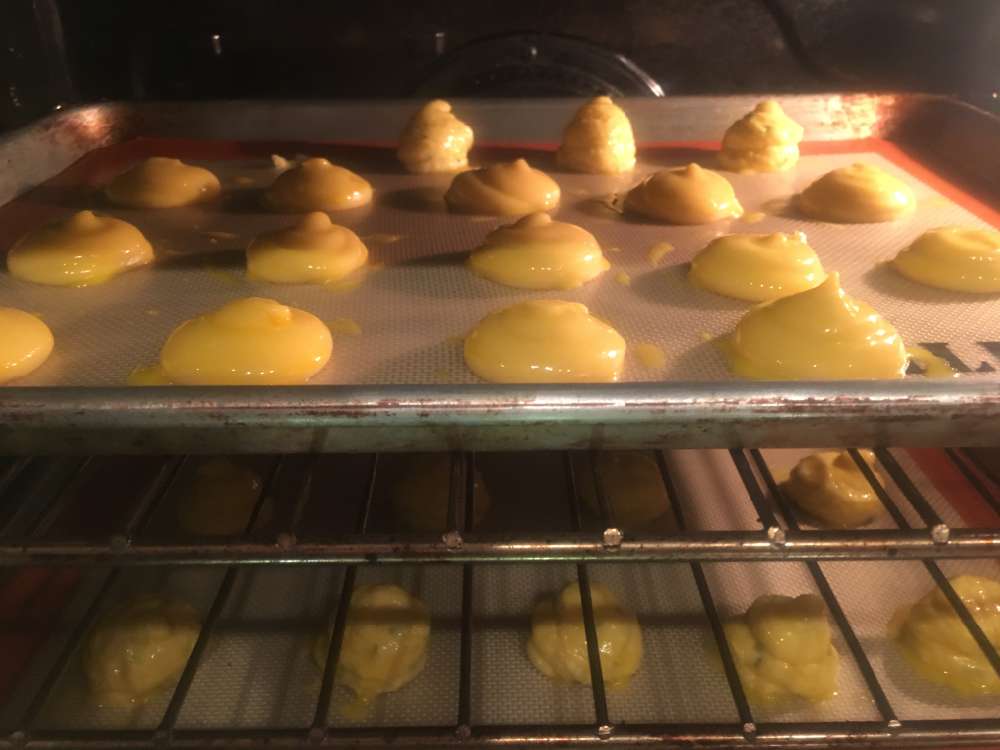 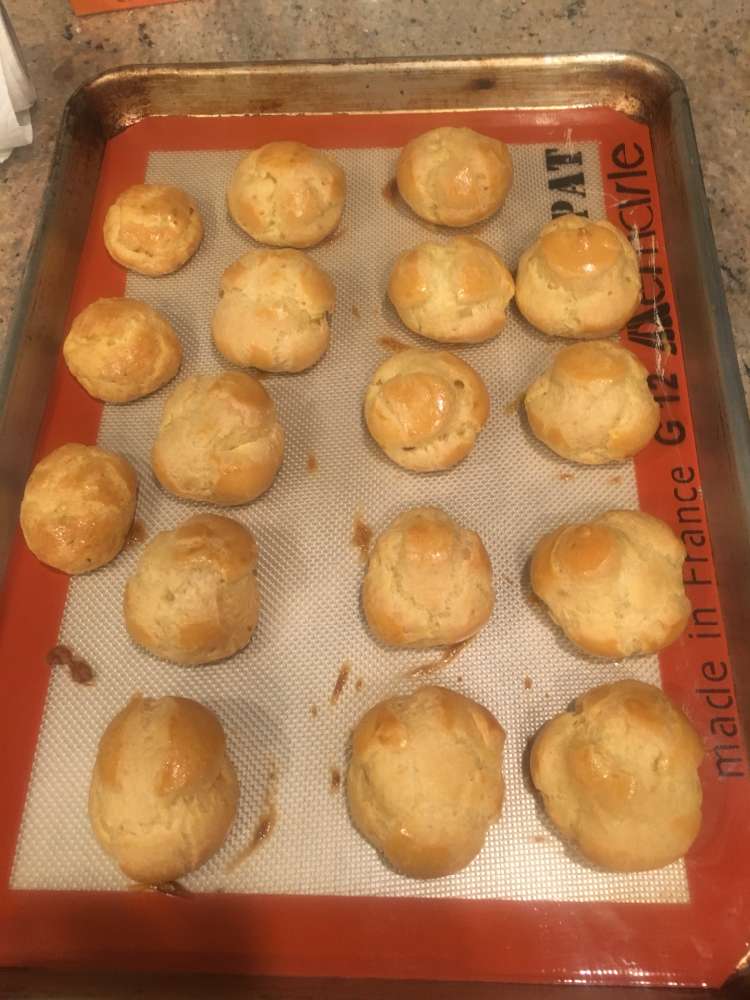 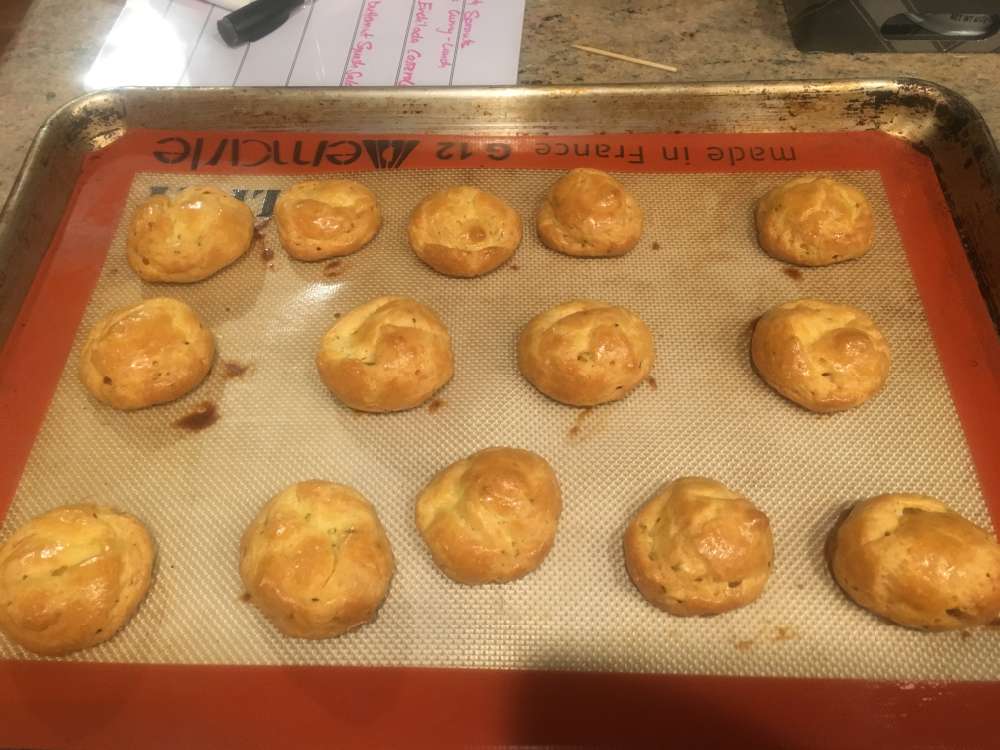 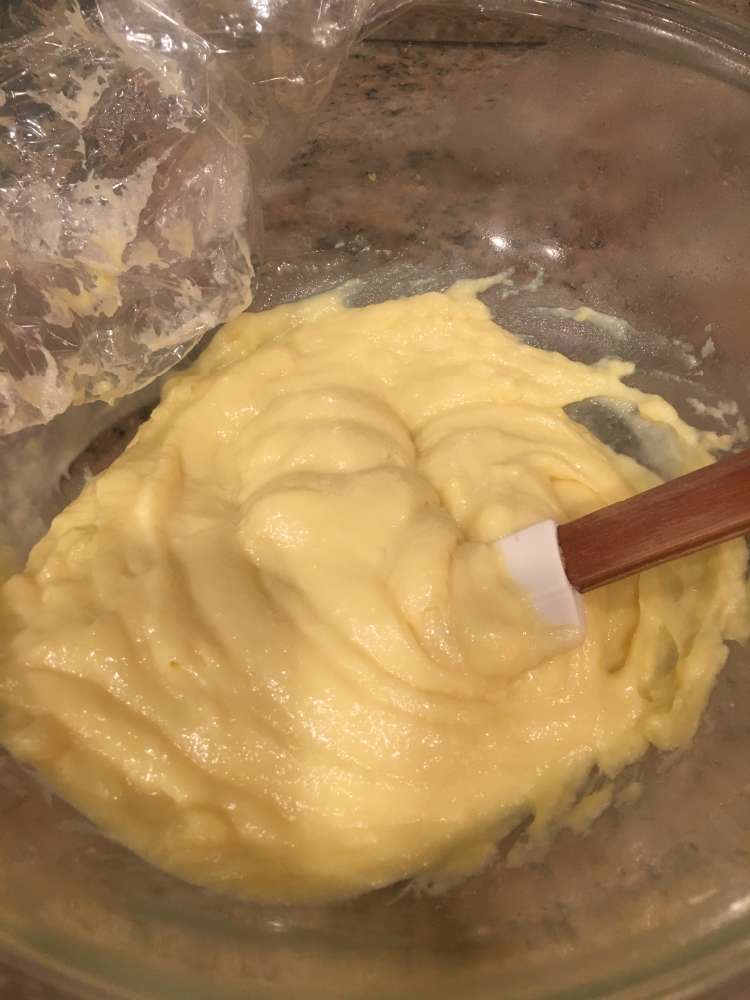 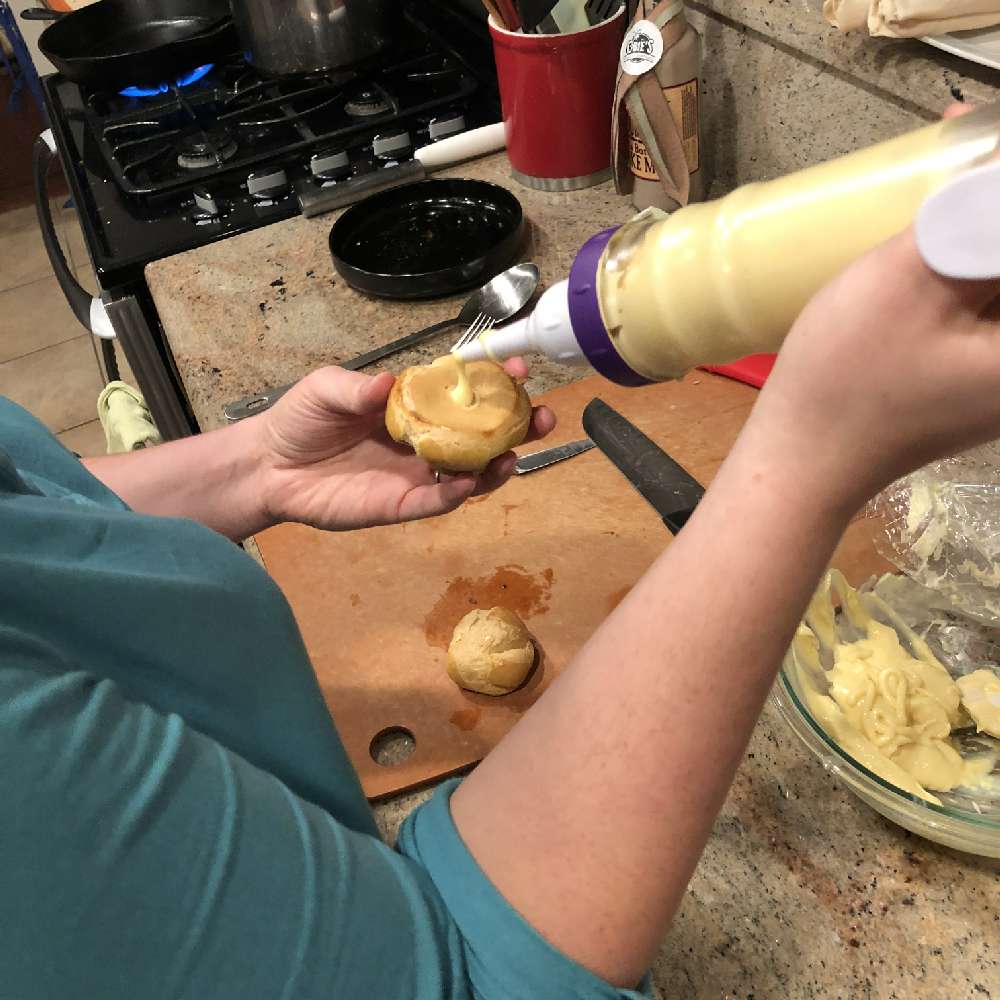 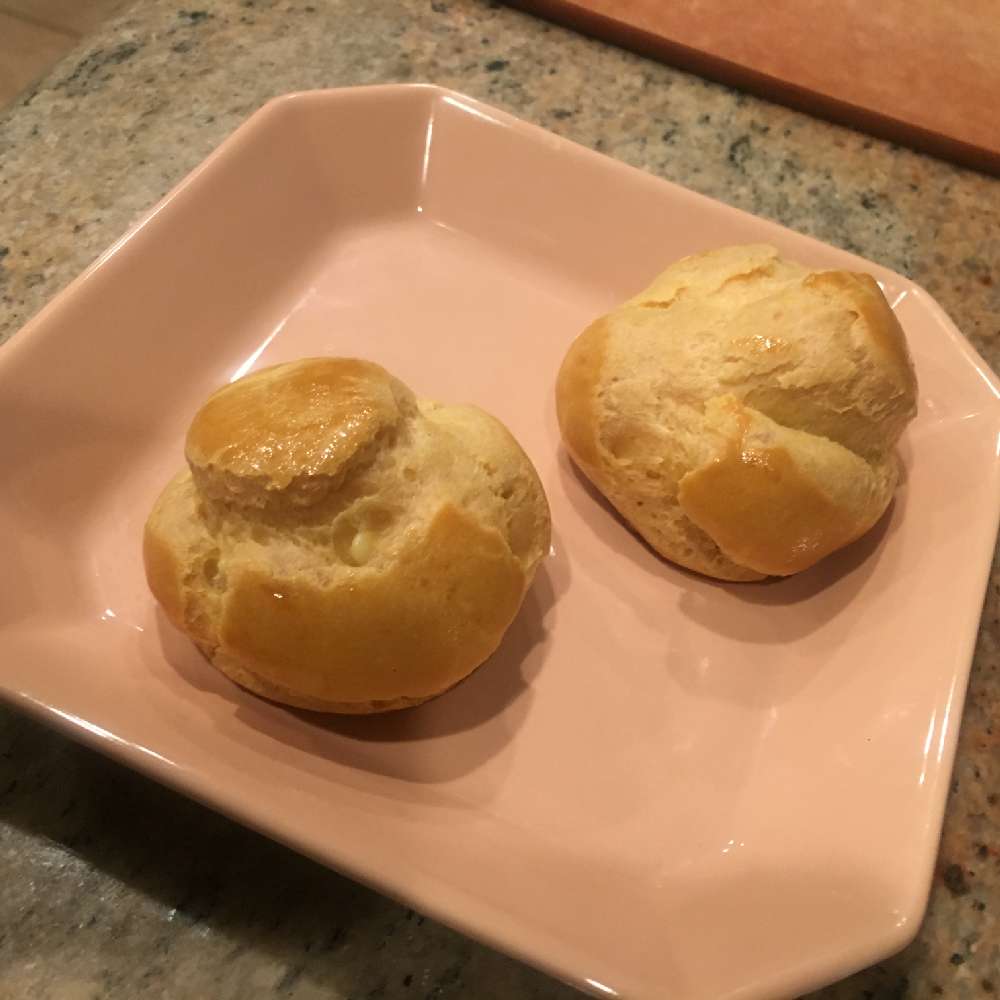 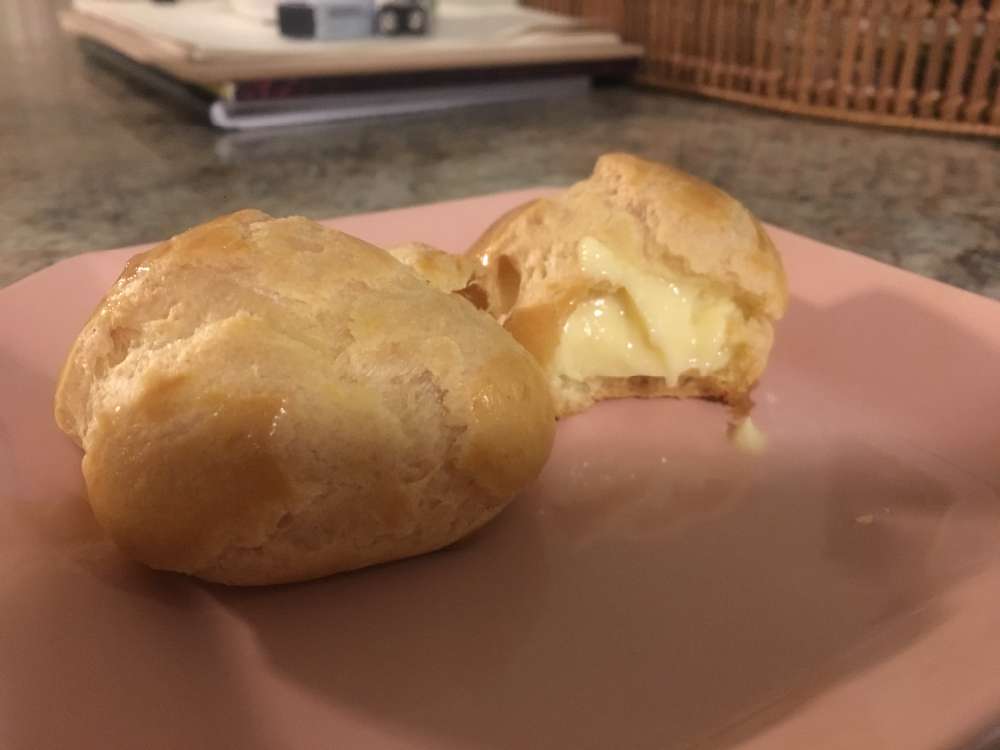