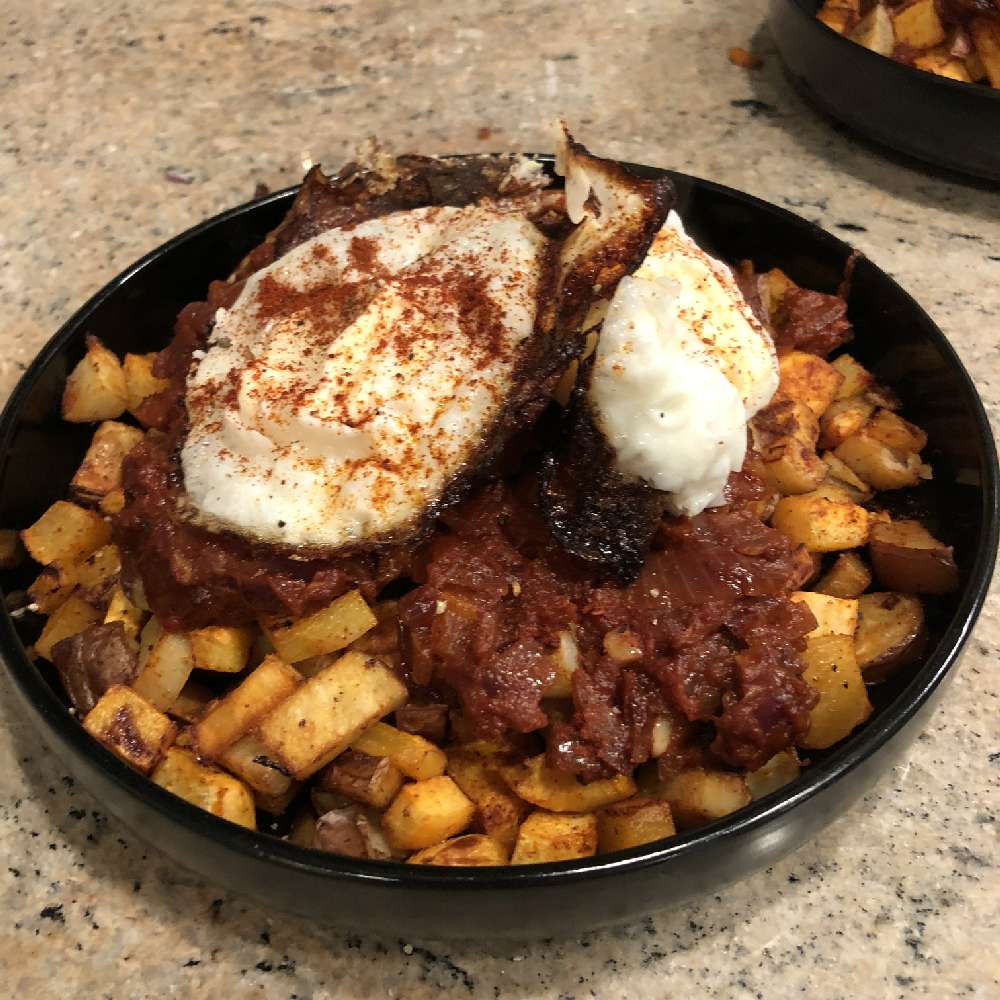 I made Patatas Bravas thought it was actually half rutabaga. I again did it with some whole milk and anchovy paste. It started out way too wet, but I think I actually let it cook down a bit too much. Also, too much smoked paprika in the sauce. It was almost a bit gritty.