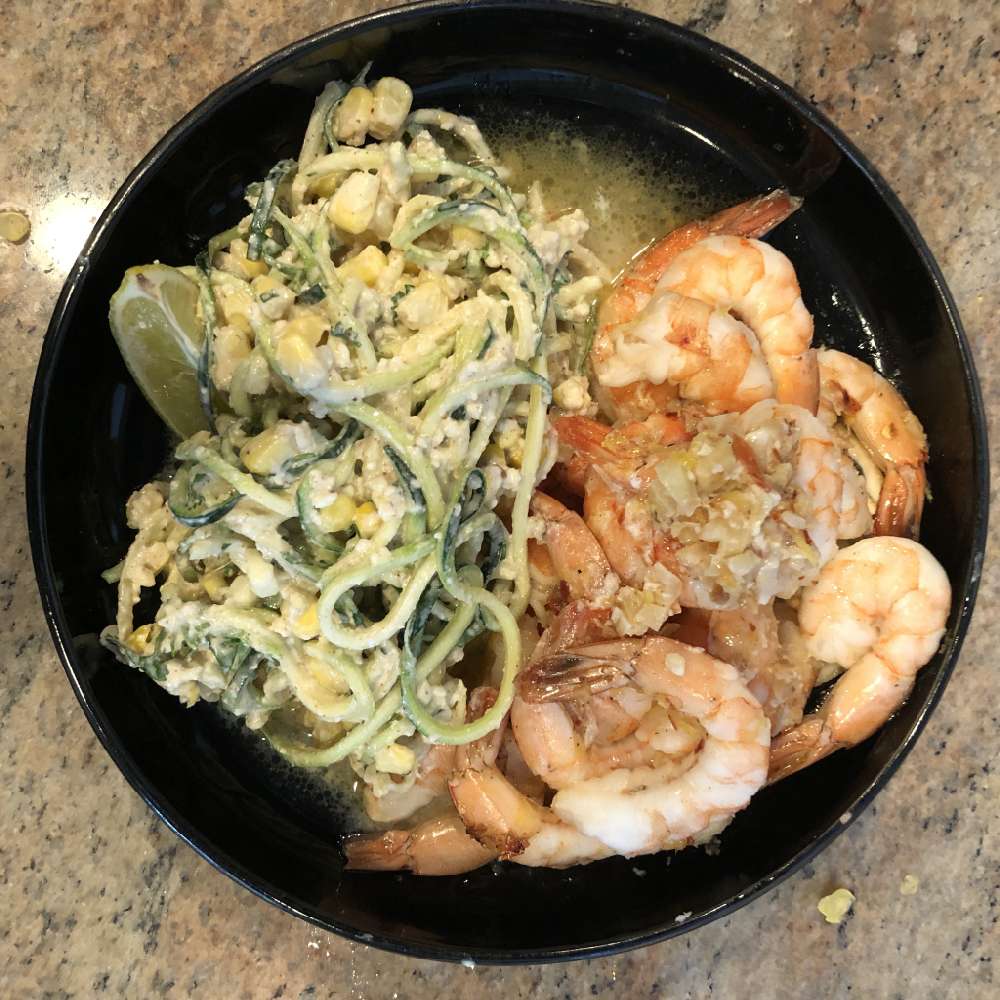 Meredith and I made shrimp and elotes salad for her family.

I did the shrimp based on the lemon-garlic shrimp. I did it with 2 lbs of shrimp and about 1.5x the recipe. It was certainly not as good as it often is. I did it all on one small pan that over-crowded the shrimp. Plus, I didn't dry them well enough nor were they really defrosted enough. This all led to more steaming, less roasting, more liquid release, and generally less flavor. Oops! Also, they needed salt....

Meredith made the same elotes salad we made before (actually, for the same company). She did the same basic recipe. It was well received, though I do not think I love raw zucchini. But it was still good.