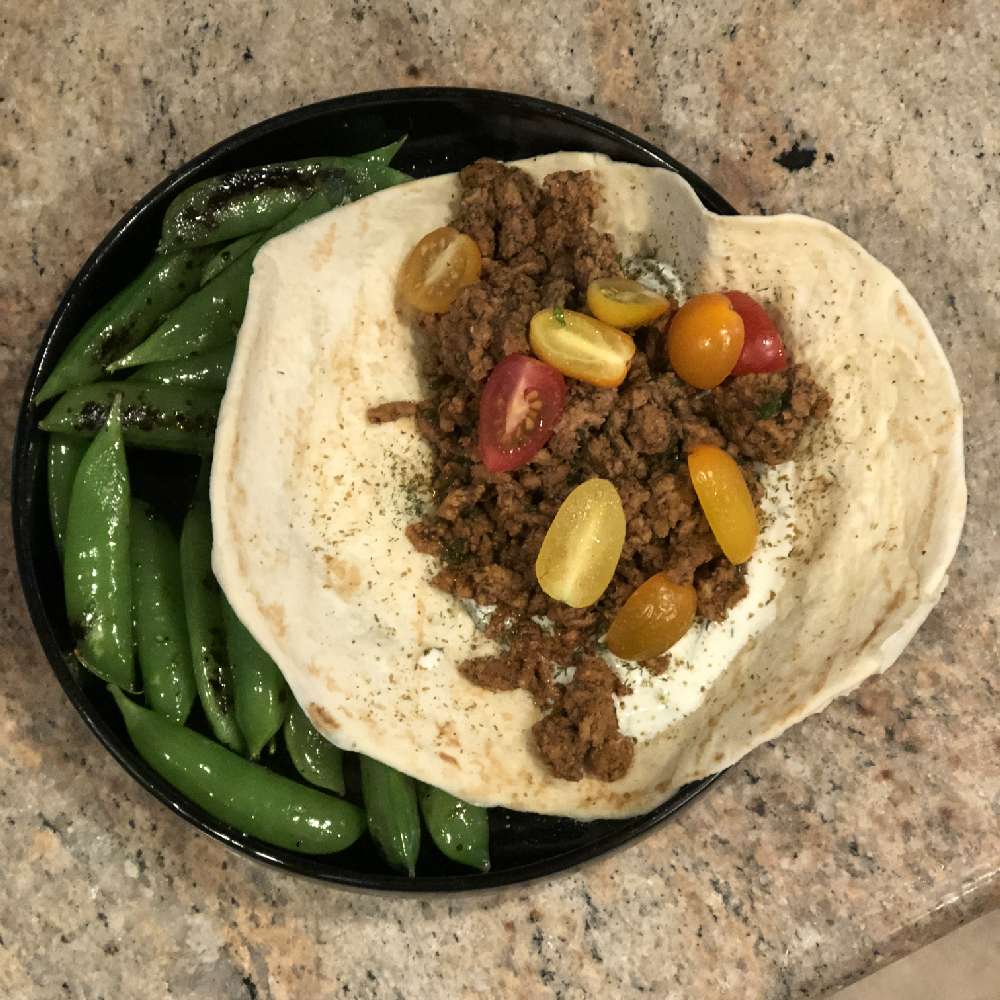 I made koefta tacos. I used the recipe for koeftas as the spices and mixed them into the meat as it was simmering. I included the dried dill in that and then added mint later. I also used a bit of onion powder. We didn't have any parsely or cilantro so we skipped that.

We served it with Trader Joes Tzatziki and some tomatoes on Trader Joes "Homemade" tortillas. Meredith also sprinkled some zatar (and I think something else?) on them.

It was pretty good. I think I prefer regular koeftas but this was much easier and faster. I also wish I had made harissa.

I also made stir-fried sugar snap peas using an extremely hot cast-iron pain with just some salt. They were also pretty good.