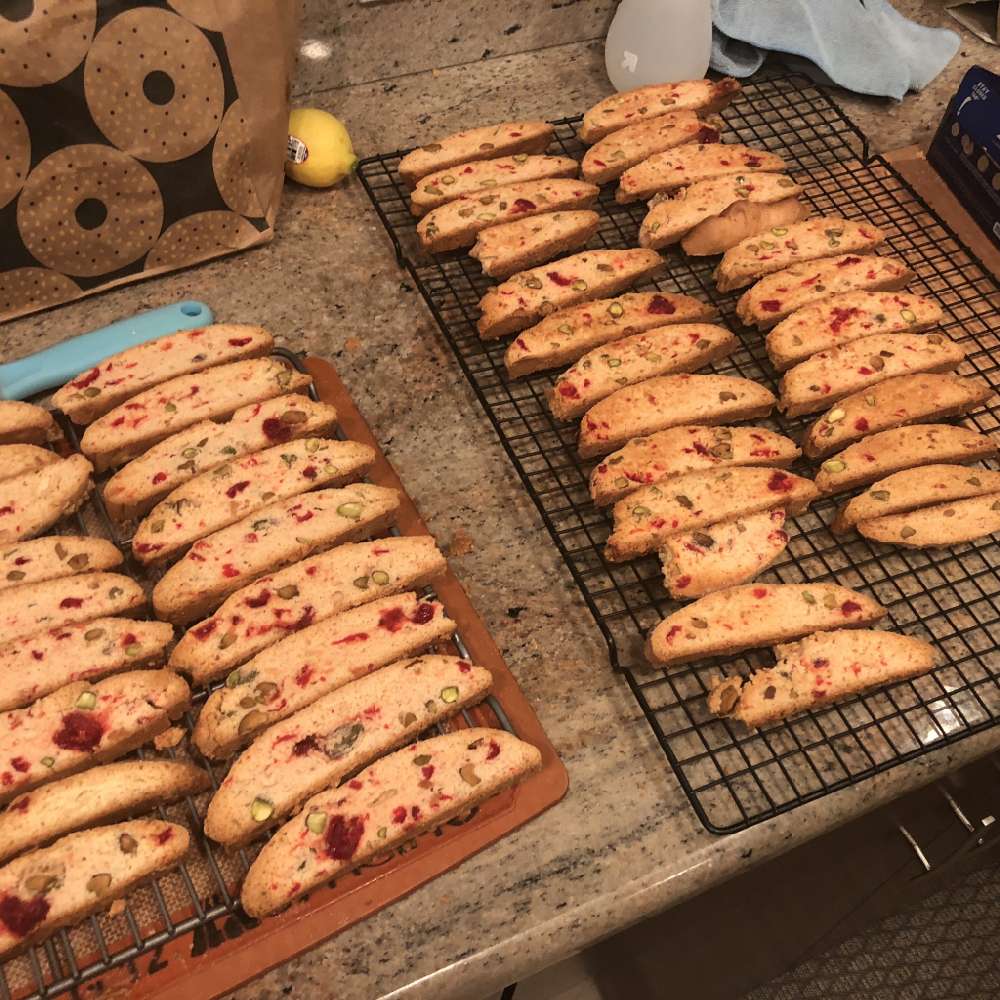 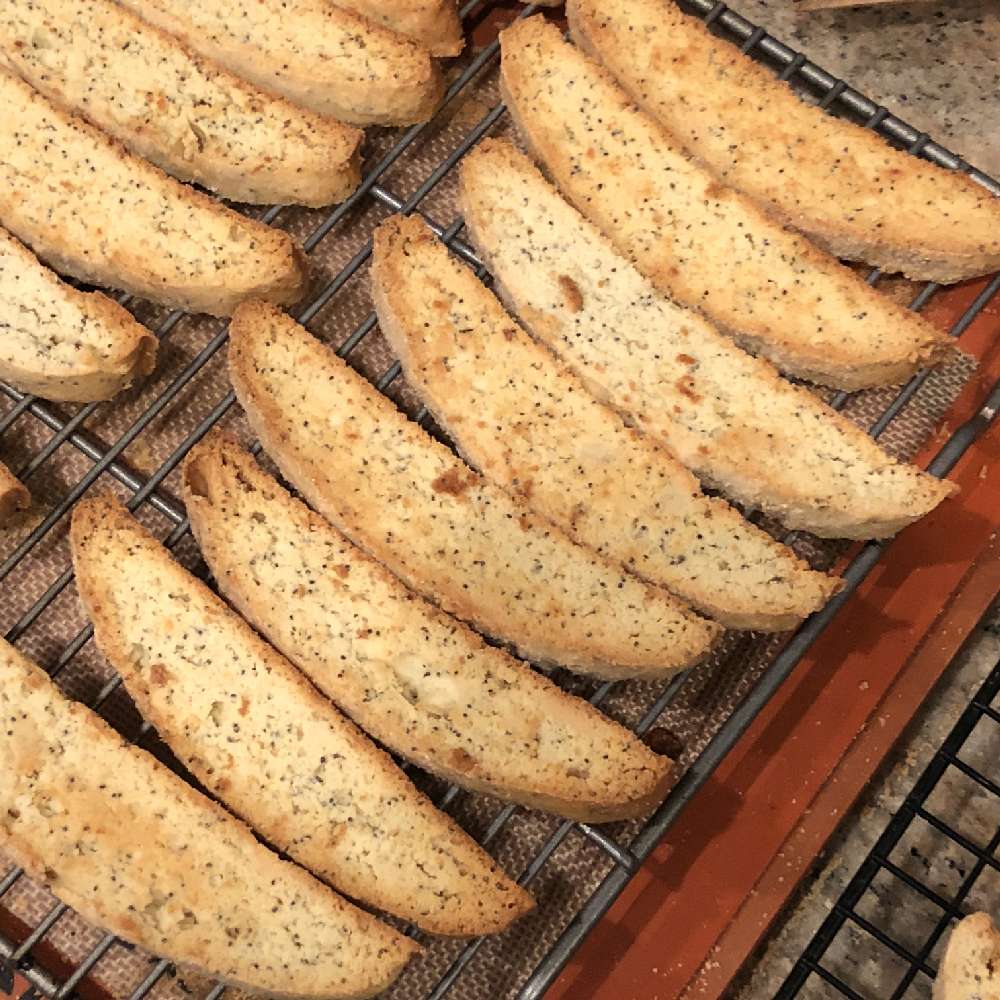 I thought it would be nice to make and bring biscotti to the hospital for all of the doctors and nurses. I figured I'd make them ahead of time and freeze them.

So I pulled out my dad's trusty biscotti recipe and, without thinking, planned to make the basic kind I made for christmas. Unfortunately, that required I made my own candied cherries since they are hard to find this time of year (see below). In making them, I also figured out a trick to transfer (see below).

But anyway, the first (and originally only) batch came out pretty good, but I was looking at my dad's recipe and realized I really missed an opportunity. Meredith really likes lemon poppyseed and I didn't even think to make them. So what was I to do? I made another batch the next day. I used the recipe with the tips at the bottom though I went even heavier on both lemon ingredients. I also sliced these a bit thicker just to make my life easier. They also came out really good. Not the rich lemon flavor I was originally hoping for, but unmistakably lemon. According to my Dad, Emily sometimes uses lemon extract so maybe that is worth trying in the future too.

Anyway, now I have two giant bags of biscotti to bring with us! (and there were smaller bags leftover from each batch. We still have the lemon but we brought the Christmas-style to a friends' house)

I think I finally got it, though I broke one of the logs "getting it". After the biscotti have cooled for the 10 minutes, the first goal is to get them off of a rimmed sheet so you can more easily get in there.

To do this, I slide a big cutting board under the silpat from the long side (I originally did the short way and broke one). Then, I used a pastry spatula to slide under. Then, using another cutting board of the same thickness, I slid it over with the short side first (so I could better place it). It wasn't perfect, but seemed to work well enough

As I noted above, I had to make my own cherries since I couldn't find them2. I used the recipe from King Arthur Flour (LOCAL) and intended to stay pretty true to it. The only planned change was the reduce the final temp by about 10°F to align with the boiling point of water in Albuquerque1. However, it went from needing 10° more to being 25° over! Oops! I made the "executive decision" to take them out of the liquid while they were hot as opposed to letting it cool as per the recipe. This was a good idea since the remaining sugar turned into a tough taffy and I would have never been able to free them.

I ended up adding them to the batter one-by-one (as I could free them) so they wouldn’t all stick. That also made them break up a bit more than they would have otherwise but I think that is fine. 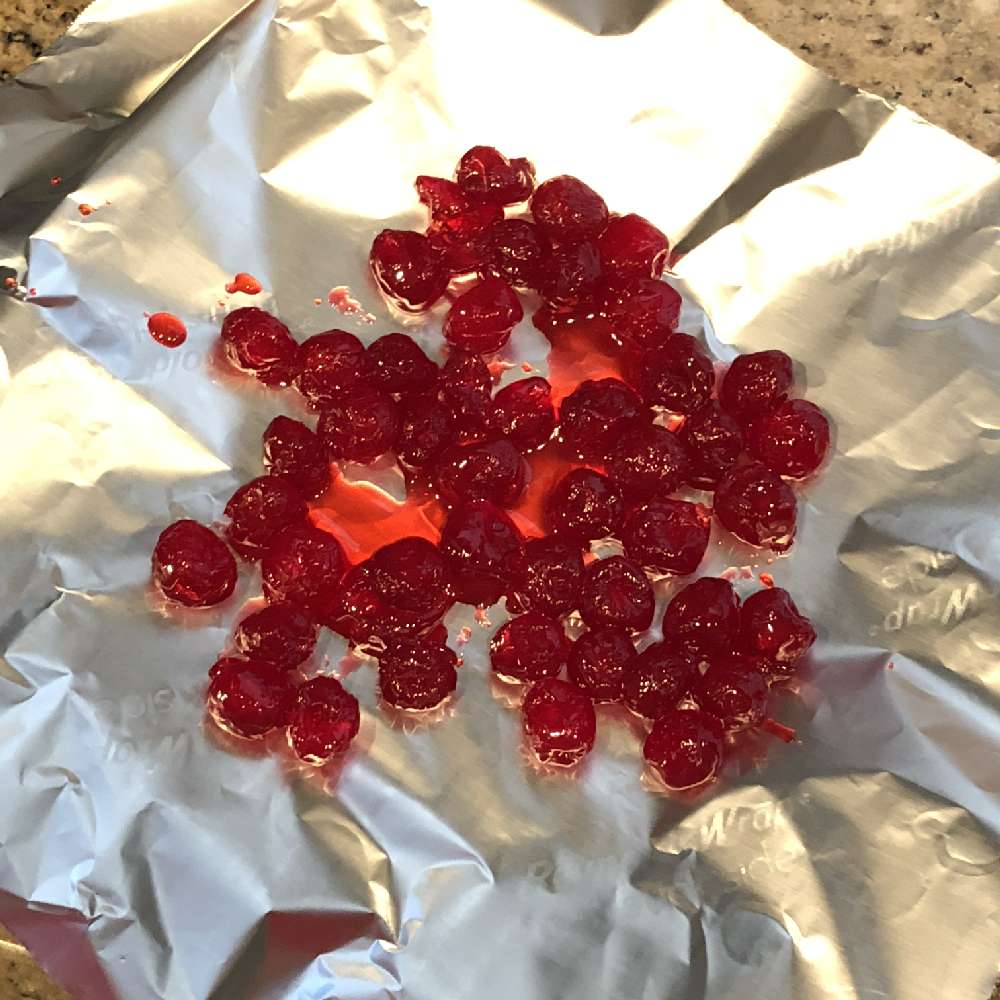