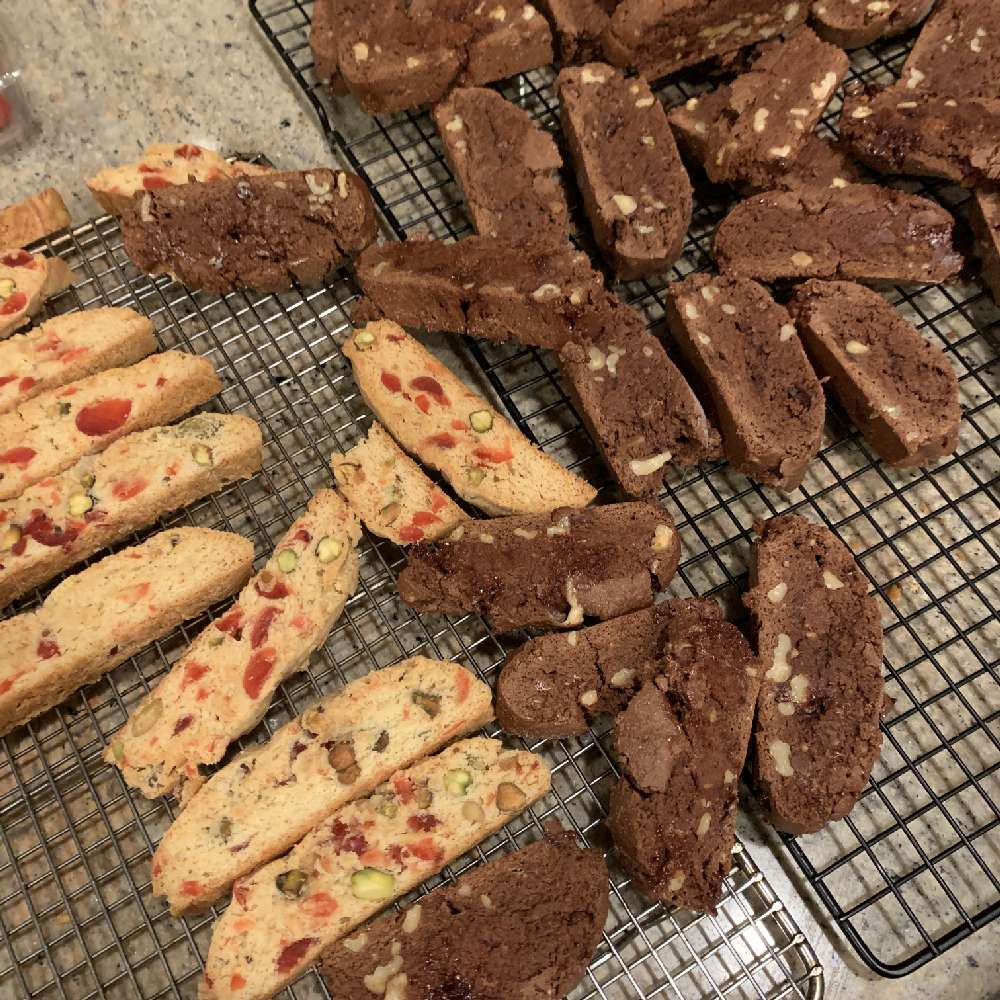 Part II of holiday biscotti using my dad's recipe. The traditional ones are cherries and pistachios. I went heavy on the cherries since my dad did that for Thanksgiving 2018 and it was well received.

I also tried to make Rocky Road. I do not recall everything I did now since I am writing this nearly a month later, but I used the chocolate variant with walnuts and added marshmallows. The marshmallows sounded like a good idea but in reality, they just melted... Also, despite still using the same amount of oil, they were very hard to cut leaving big, very tough cookies! Maybe I need to cook them longer on the first bake so that they are easier to cut? I really don't know but I am very frustrated with the chocolate varieties this year!