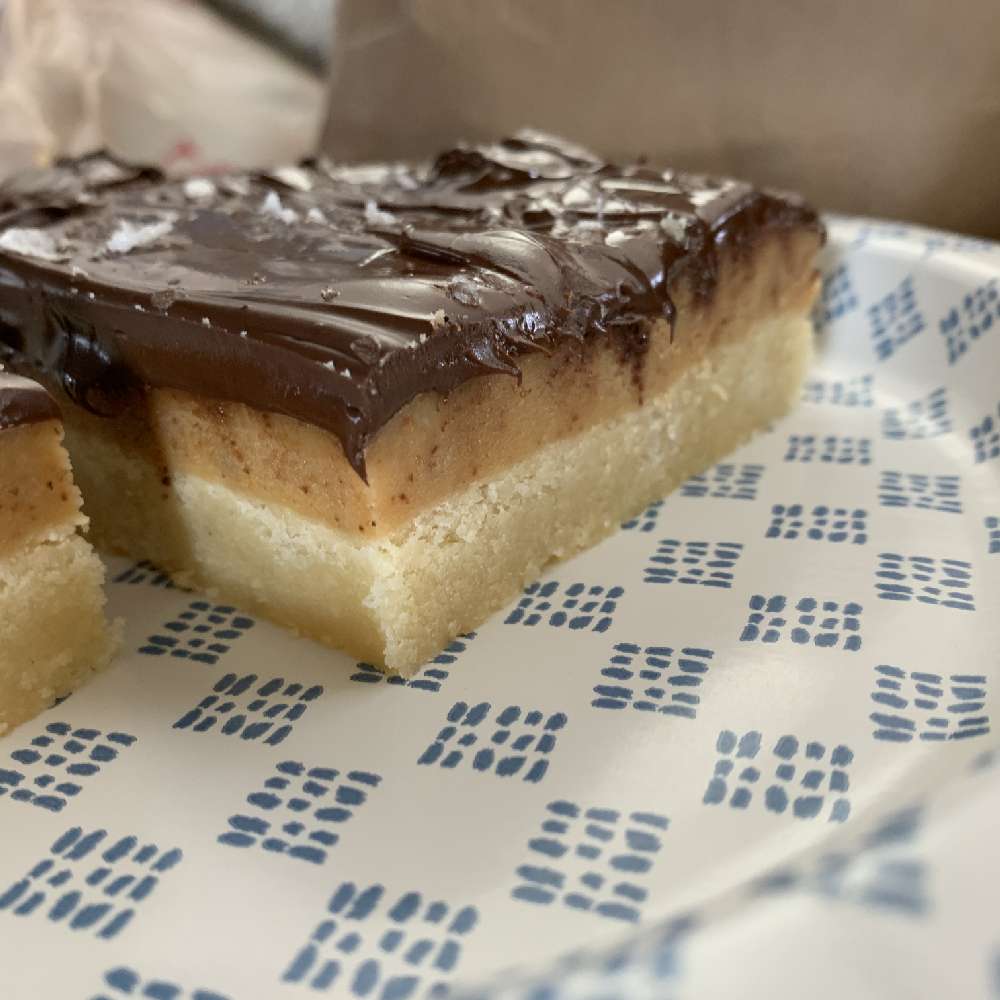 I made Millionaire's Shortbread (also simply known as caramel shortbread). I had seen this somewhere and decided it was a combination of two of my favorite sweets! It's basically shortbread topped with caramel and chocolate.

I decided on the NY Times (LOCAL) recipe since it actually gave temperatures1 for the caramel. I followed the recipe with only two changes:

Otherwise I followed the recipe. The only note is that I had to bake it for much longer. I think it is because of the glass pan (it was the closest in area to an 8'x8' pan). I eventually did about 50 minutes with the last 15 or so at a higher temperature.

I also think the caramel making got ahead of me. As seen in one of the pictures below, there are some burned bits. I should have mixed all ingredients and then heated while stirring. I do not think it made too much of a difference though.

I also had to kind of rush it. I cooled it with a fan until I could put the whole thing in the fridge. Even then, I had to just take the edges to serve/bring (meeting friends at a brewery). The middle chocolate was still melted. 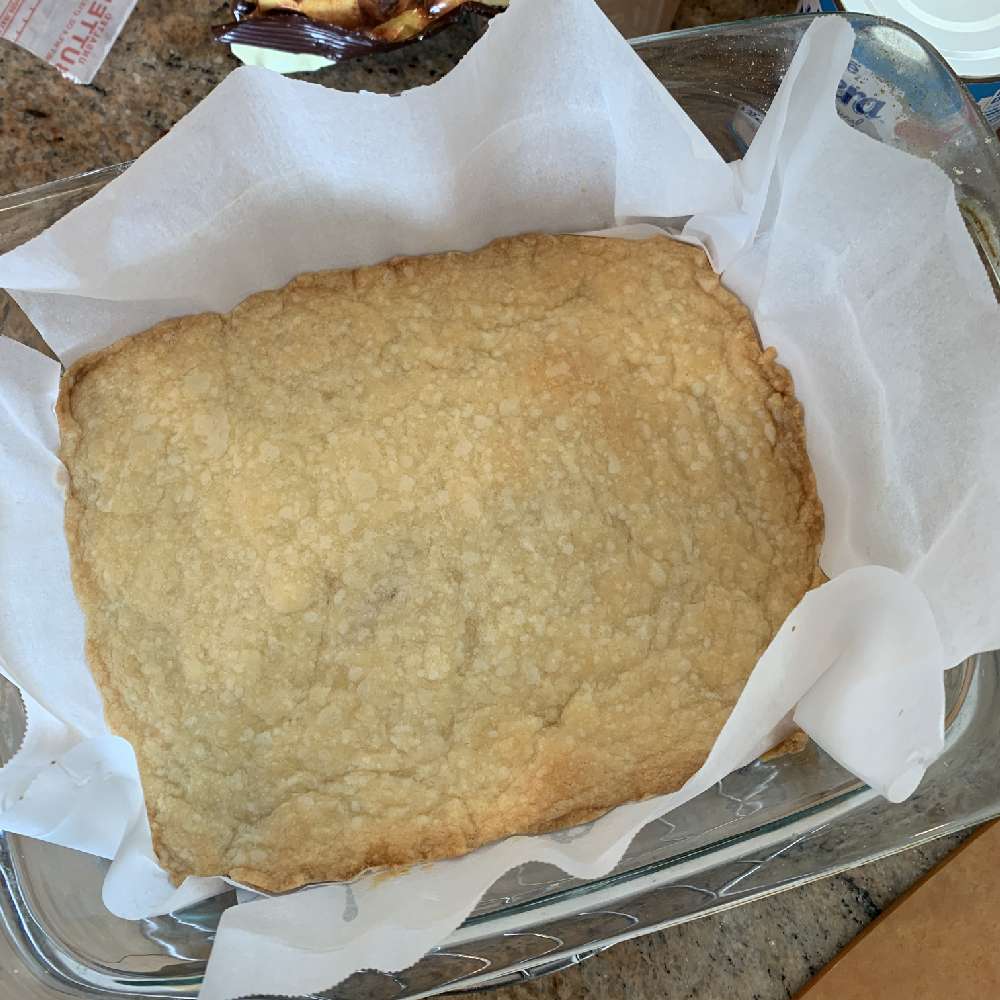 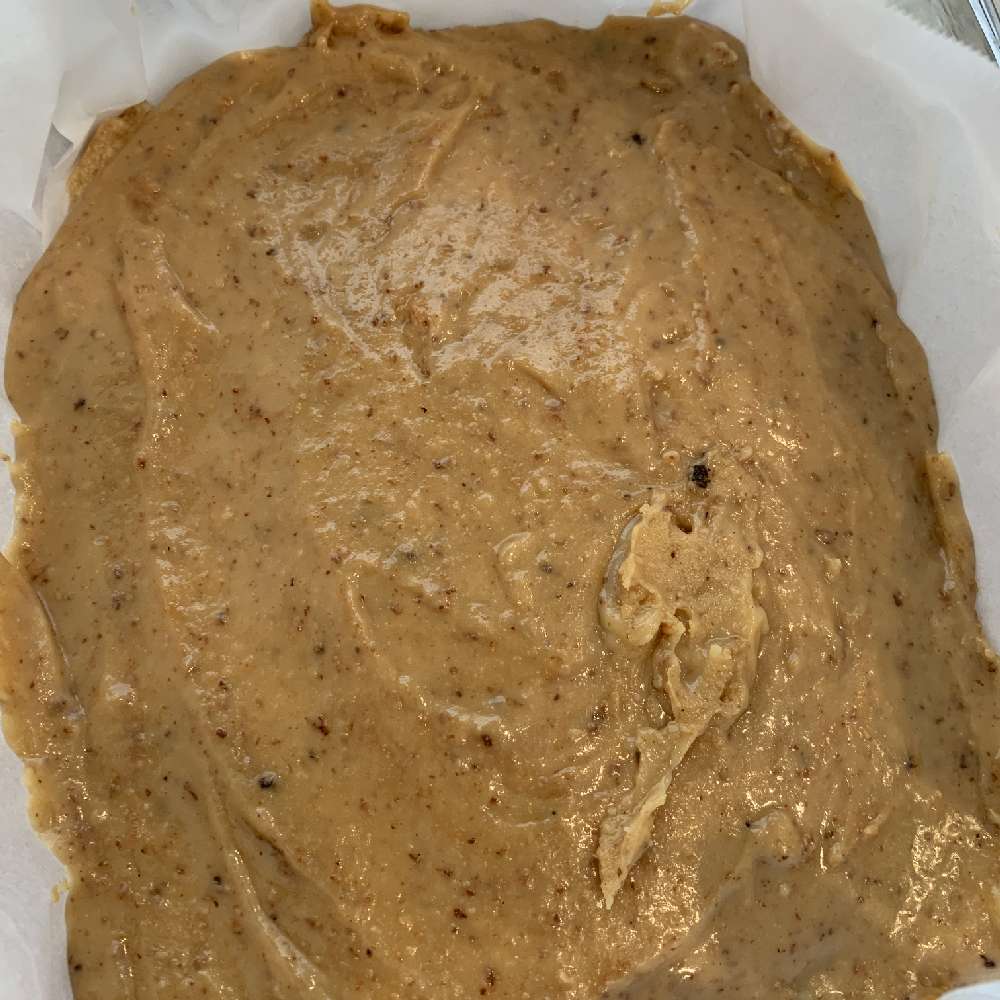 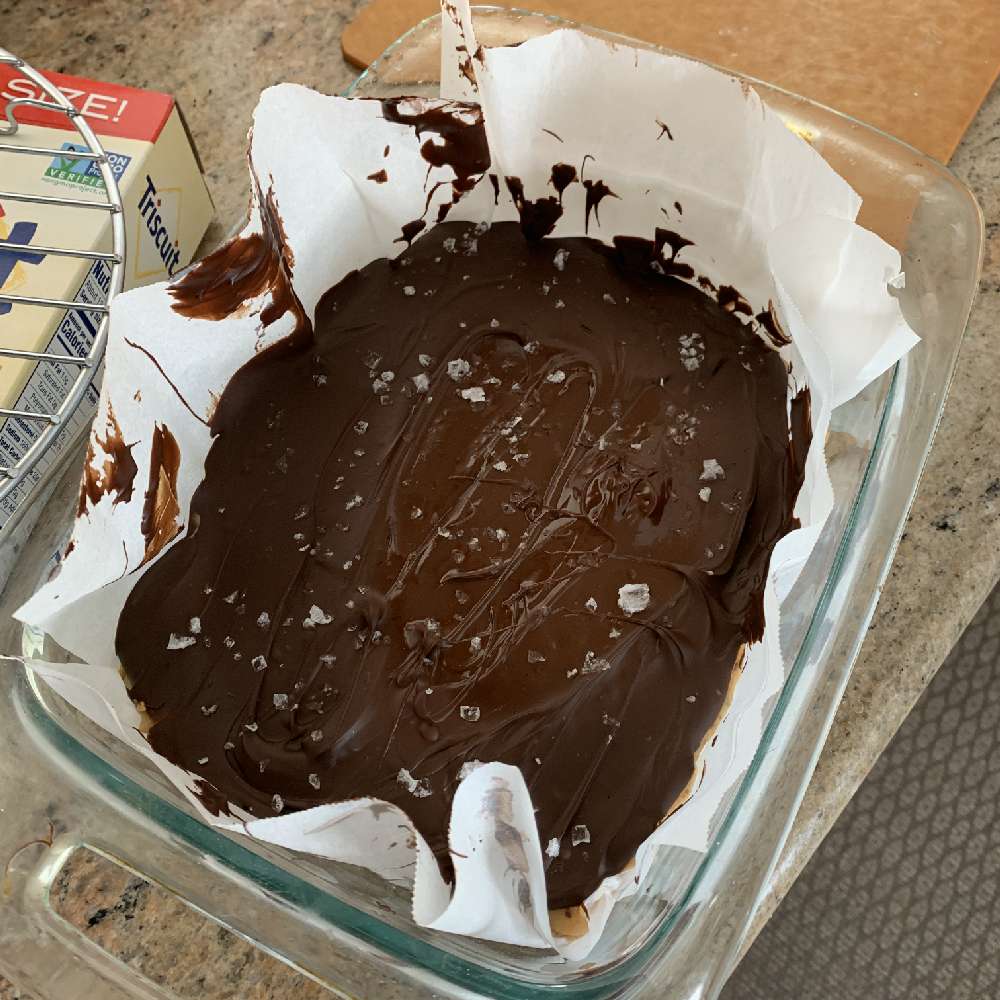 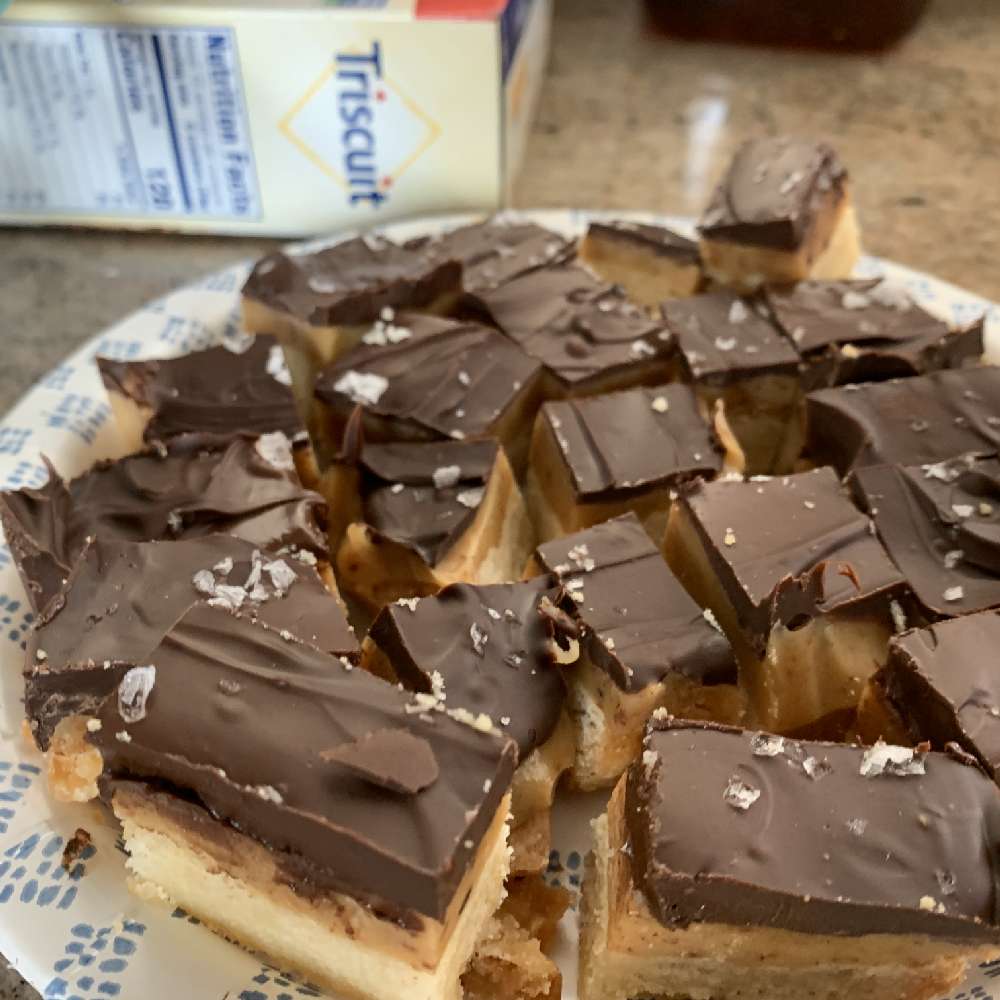