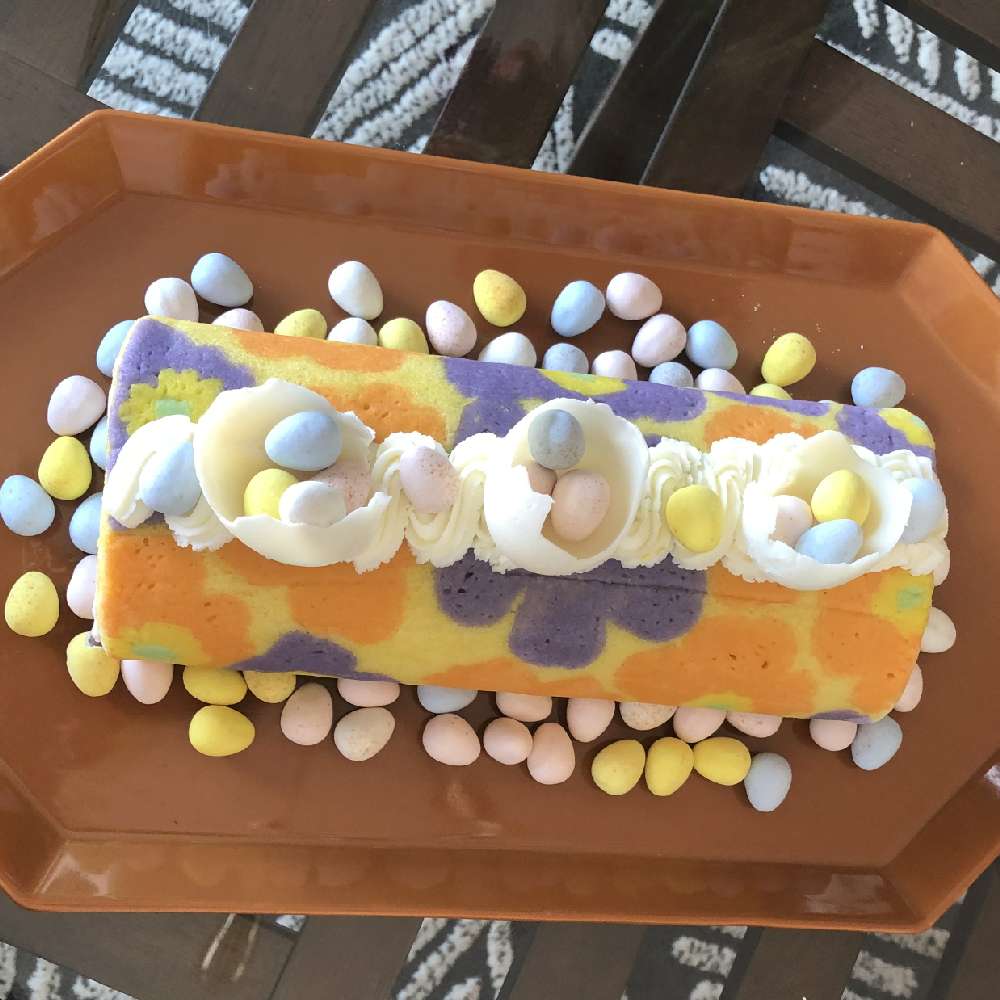 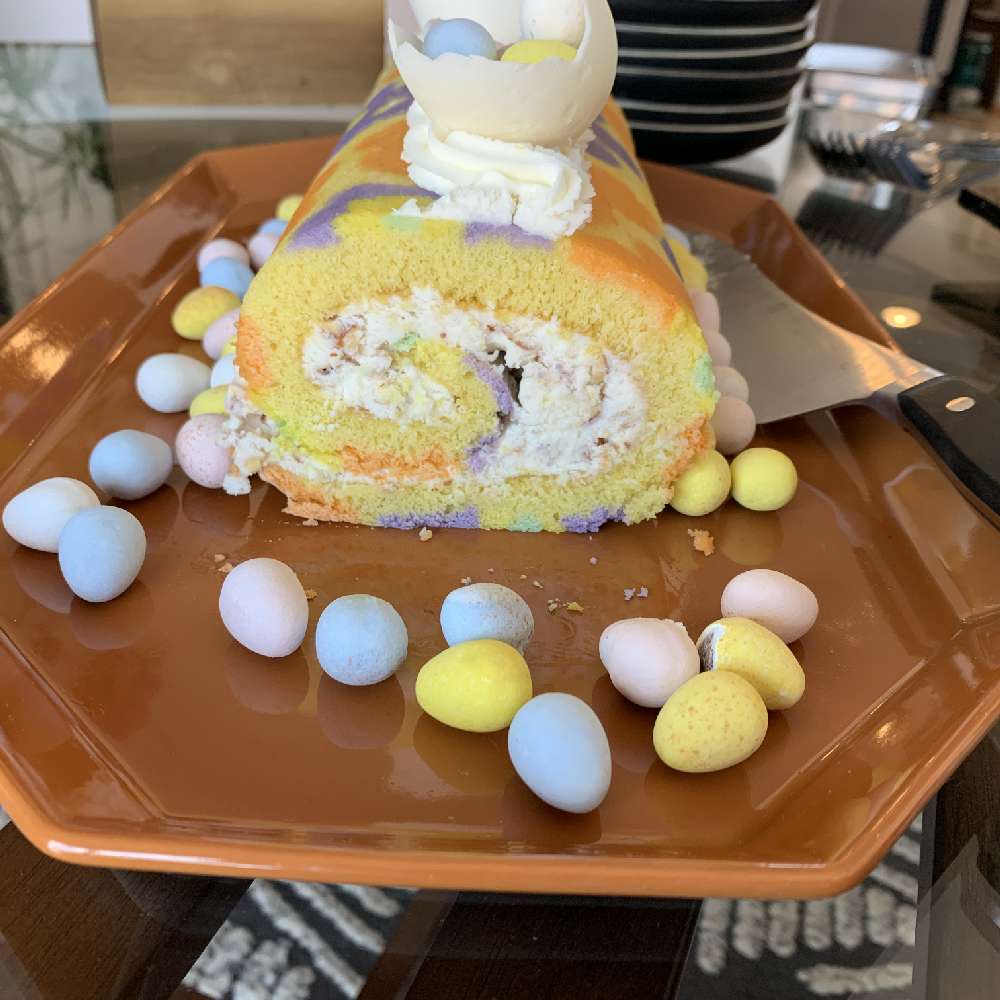 This is the flagship item for Easter 2019, hence it gets its own page.

Variation of the one from Sprinkle Bakes (LOCAL) cake. Using Cadbury mini eggs in place of the Sconza almonds, and plain almonds or almond meal/flour in the filling.

Meredith also did an inlay using the inlay paste from this recipe (LOCAL). However, on her first attempt to make it, the butter turned super lumpy. The recipe doesn't call for using room-temperature eggs, but according to this reddit post

Cold liquid, like raw egg, will hit the butter and make it solidify, which could explain the "lumpy" part.

In tracing the design with the inlay paste, we decided to first grease the parchment since the main recipe does. However, it made the paste not stick at all. We wiped it with paper towel and it worked well. Meredith did most of the tracing. First you outline it and then fill it in. I took over for a few of the purple ones. You can tell since I went around more in circles than Meredith did. We froze it for a while since we had to stop to put the baby to bed.

We had to do some quick thinking since if we just flipped as they said, the design would be on the inside. (Could you imagine how pissed we’d be if we didn’t think that through?!?!). So we turned over a baking sheet and lined it with parchment. We then flipped the cake onto that, the put the towel on top, and carefully flipped it back. We rolled it out, let it cool, then wrapped it up and left it out overnight.

In the mean time, a tiny bit was stuck to the second parchment. We scraped it off and it tasted wonderful!

Meredith used the included icing recipe with some changes to make it a limoncello icing. She used this recipe to gage limoncello. She added 2 Tbsp limoncello and zest of one (large) lemon. She used regular almonds in the icing (instead of the limoncello ones). But we didn't have enough so she used a little less than 2/3 cups and added 2 Tbsp of almond flour.

The icing was really good. The chunks from the almonds gave it a great texture and it was super flavorful. You could really taste the lemon but it wasn't overpowering.

This was not easy. First, cracking the eggs and getting the shells were hard. Then sterilizing them was a mess since they can (and did!1) roll on the cooling rack. Not sure what that accomplished. Next time I would either just put them right on tray (unless it gets too hot?) or build an aluminum foil barrier.

Anyway, we also did a few coatings of the eggs since they were super thin. Meredith followed the instructions on how much oil but it seemed like too much. Less coconut oil next time2.

They were hard to remove from the shells but we were eventually able to do it. However, they didn't really add much to the look of the cake and were certainly not work the effort.

Rolling the cake out worked well. It didn't want to fully unfurl but Meredith was able to carefully move frosting into the fold. And the rolling it back was pretty smooth except Meredith initially started to roll too tight. Once she realized that, it was smooth sailing. There was some clean up but overall, very simple and looked great.

We were really happy with how the cake turned out. It looked great! Exactly as Meredith had wanted. It was a bit dry which we thing was from sitting overnight (even though it was well wrapped). We will try to avoid that next time. The overall cake was absolutely a success though! 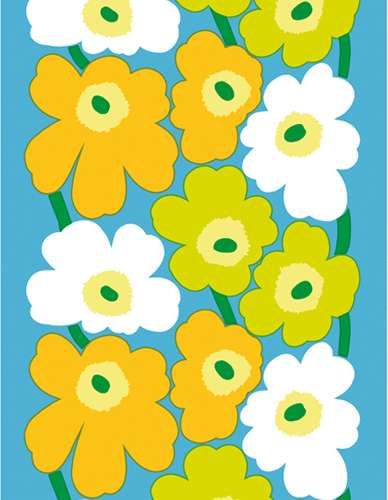 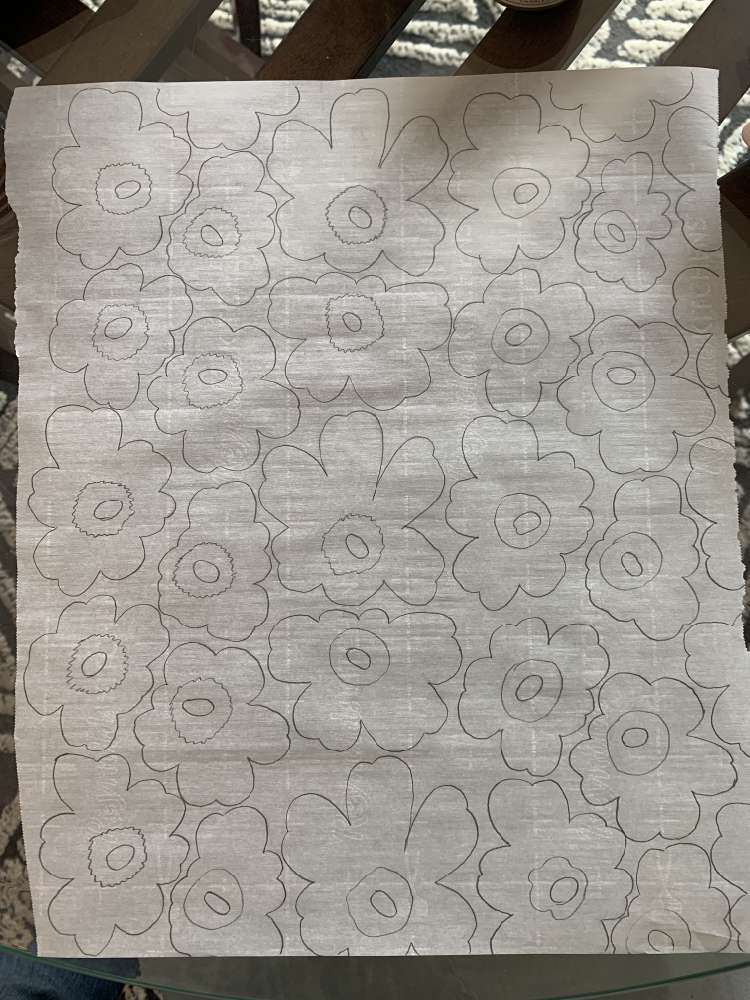 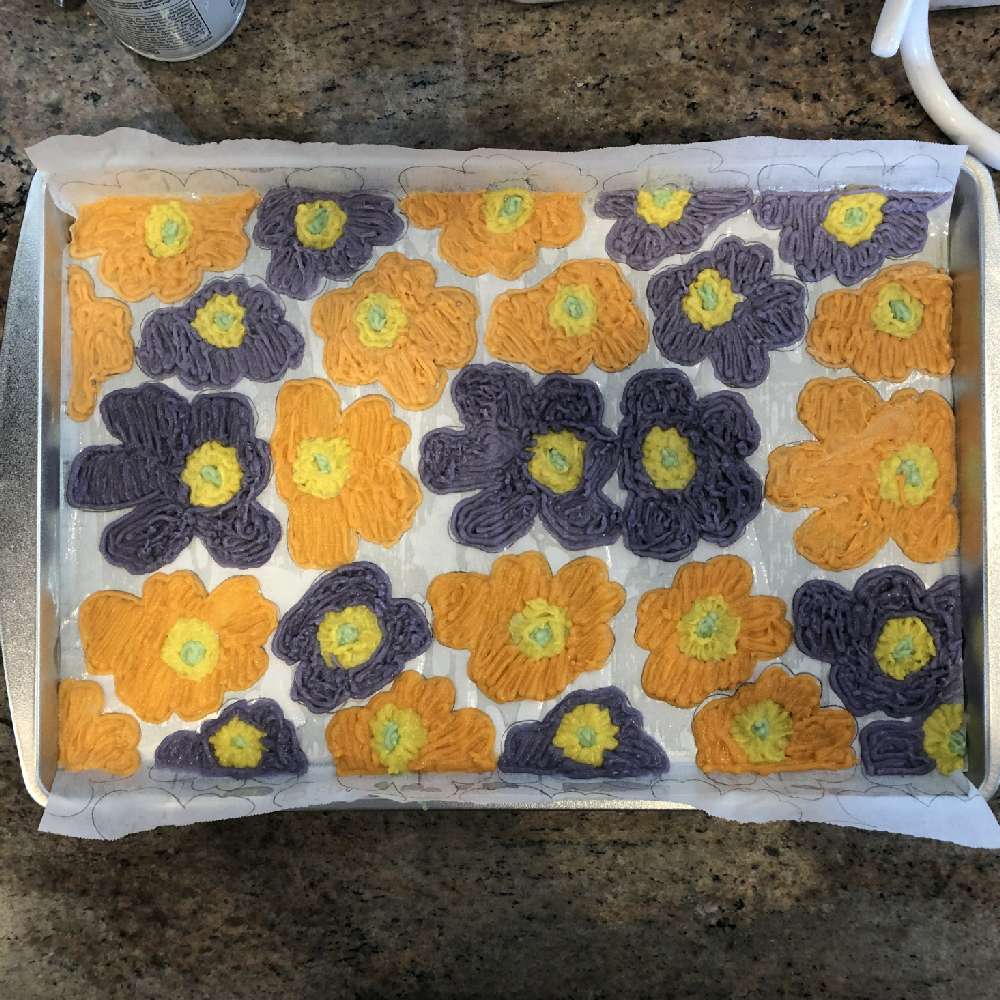 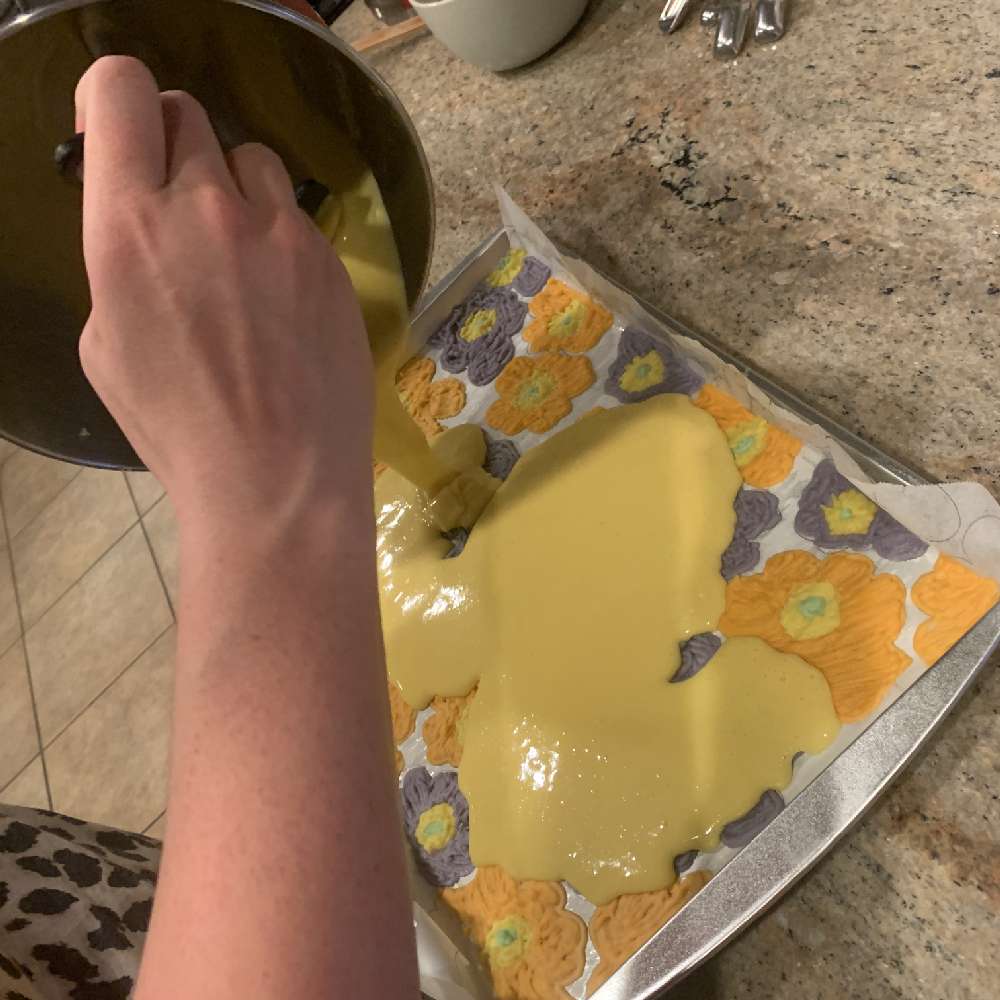 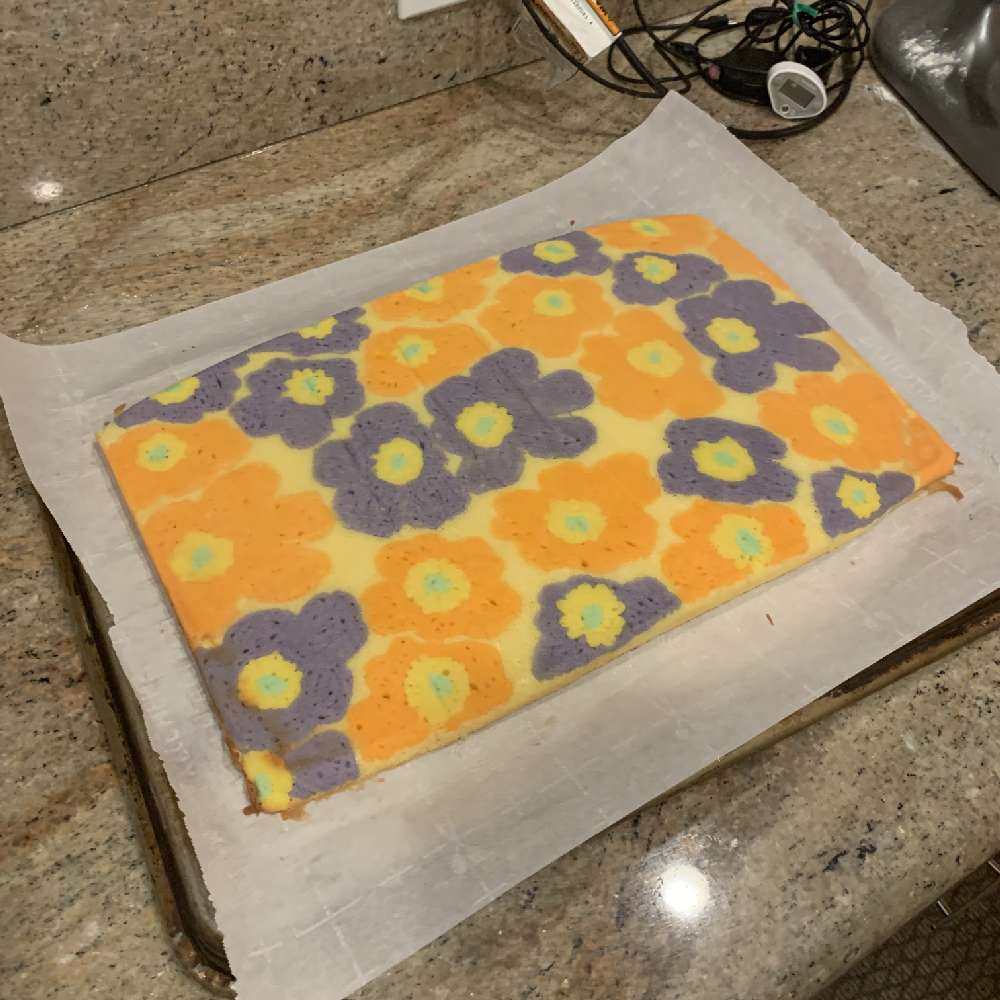 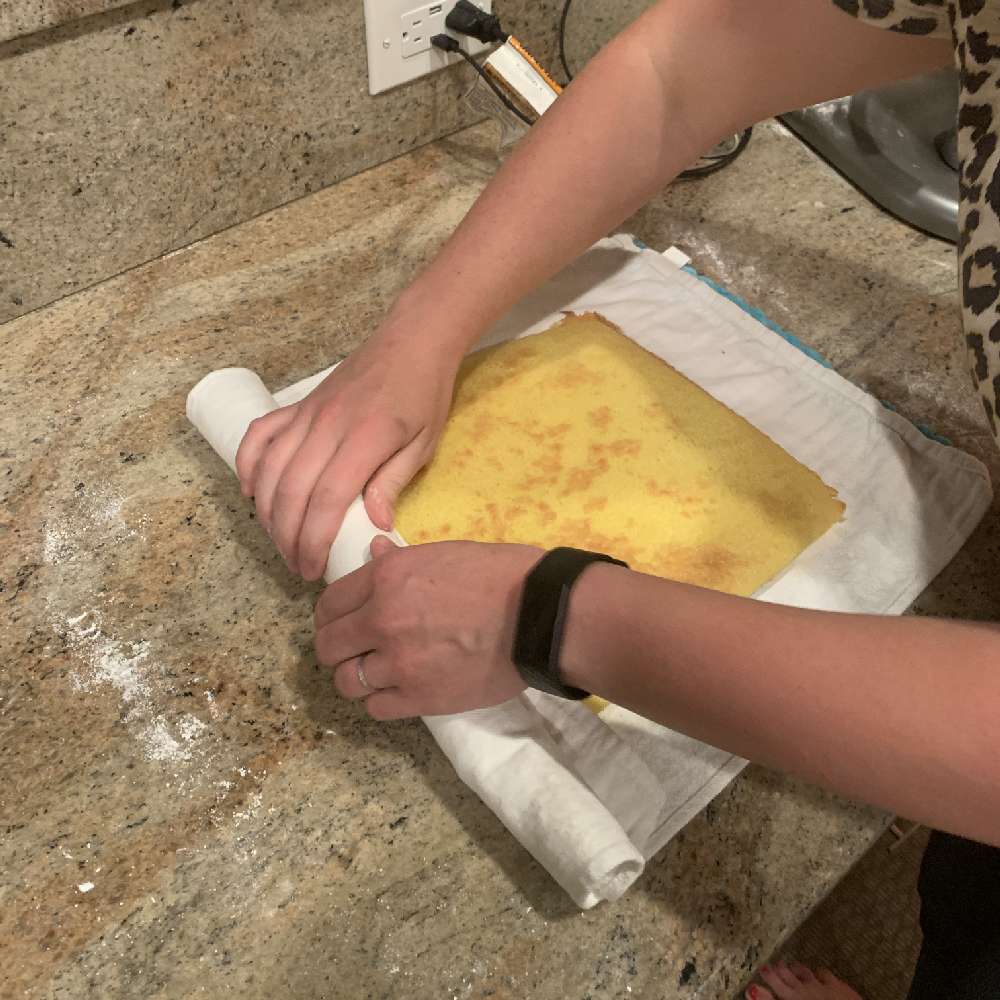