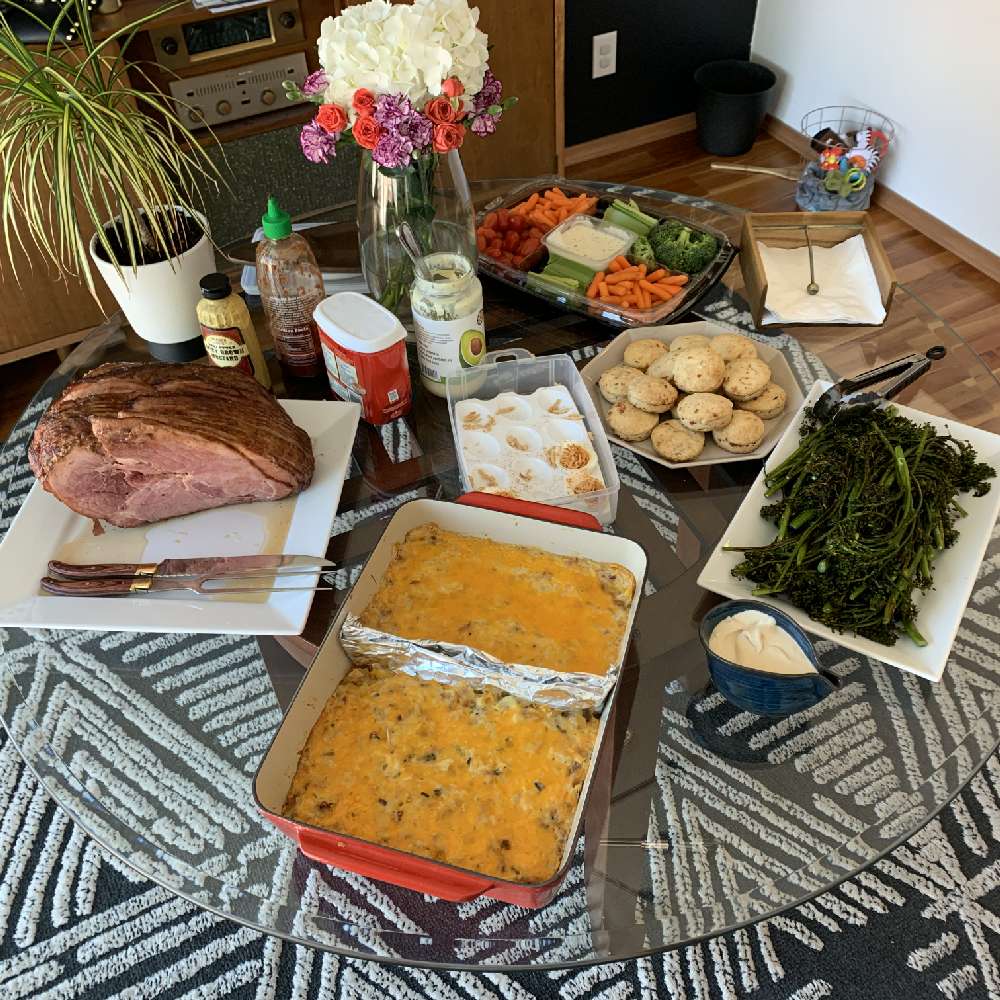 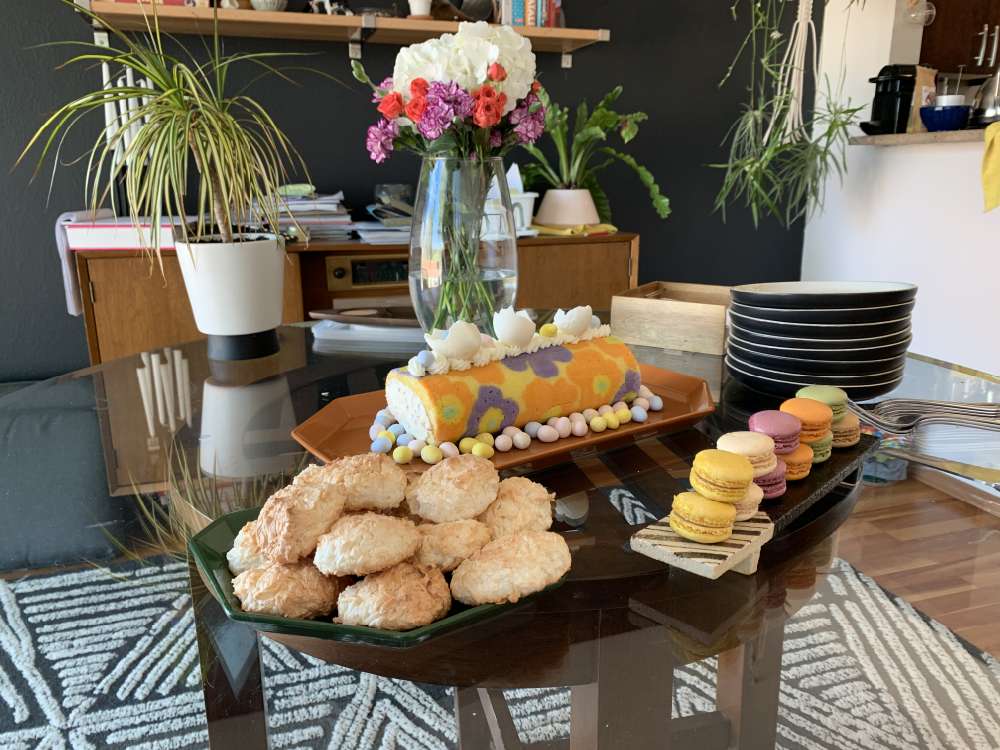 We had our friends over for Easter Brunch. Meredith really ran the show and I helped as I could (and took notes)

Since Meredith planned there was an abundance of food but not an extreme amount of food! The main items are below

Then with the other half of the eggs, Meredith made her twist on Traditional Southern Deviled Eggs (LOCAL). She changed it by doing mostly Greek yogurt and just a generous spoonful of mayo.

For the eggs, I steamed them for 13 minutes.

Meredith made cheddar-gruyere chive (cream) biscuits using her normal cream biscuit recipe. She refrigerated them overnight which made them rise less. I think the future, we will bake and then reheat them if needed

The cake itself gets its own page.

I made macaroons with The Kitchn recipe. I followed it with the tip for crispier macaroons by using 5 cups (as claimed by the bag) of coconut. I also aimed to do something in between regular and meringue-like ones. I beat the eggs, though not to soft peaks while adding some sugar as I went. I then added the salt and vanilla and beat. You can get an idea for the texture in one of the photos I was happy with the end result though I am not sure where it fell on that spectrum. These were also supposed to be an homage to Passover1. 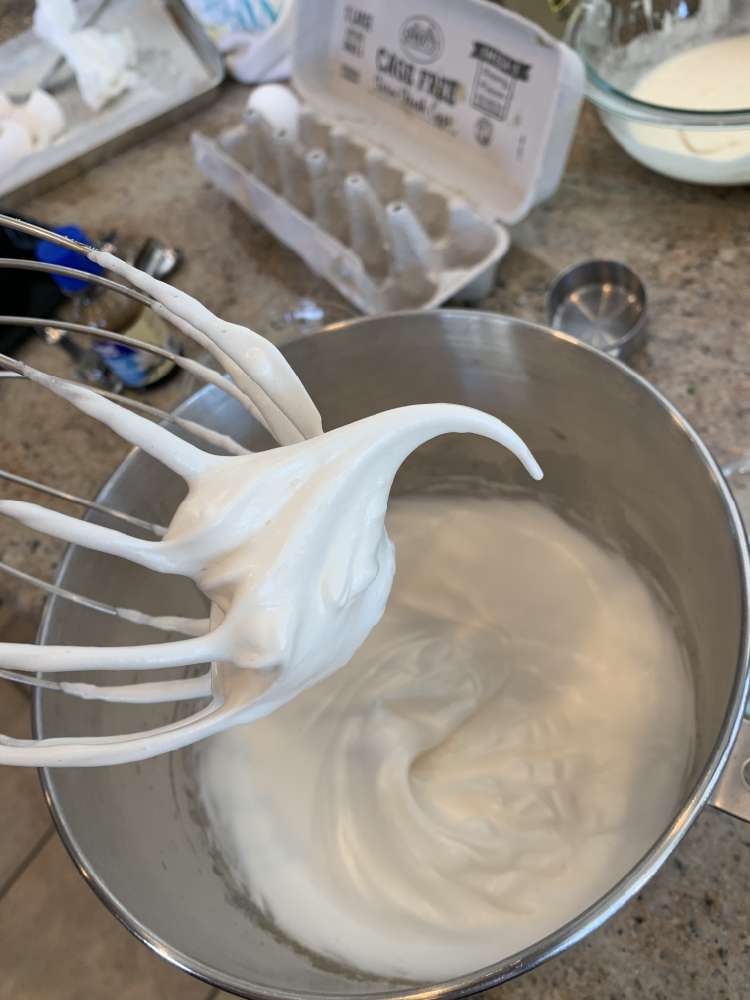 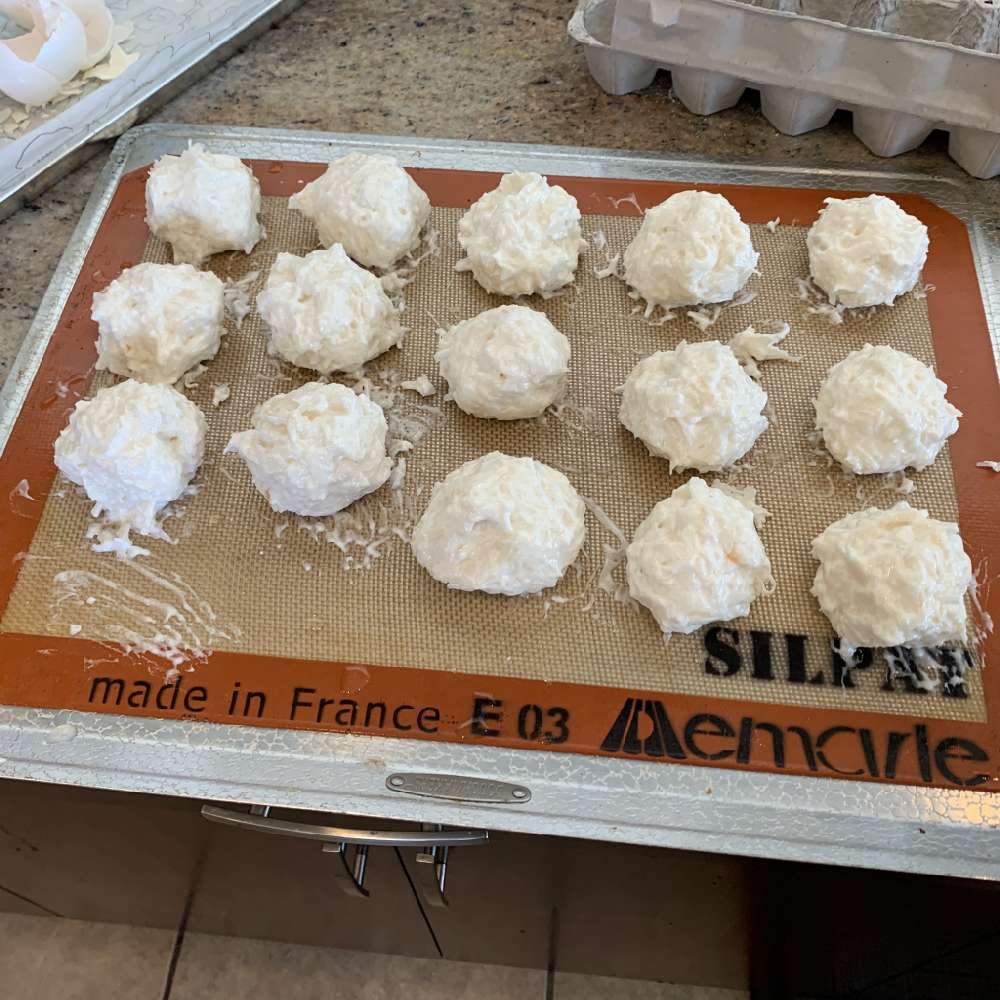 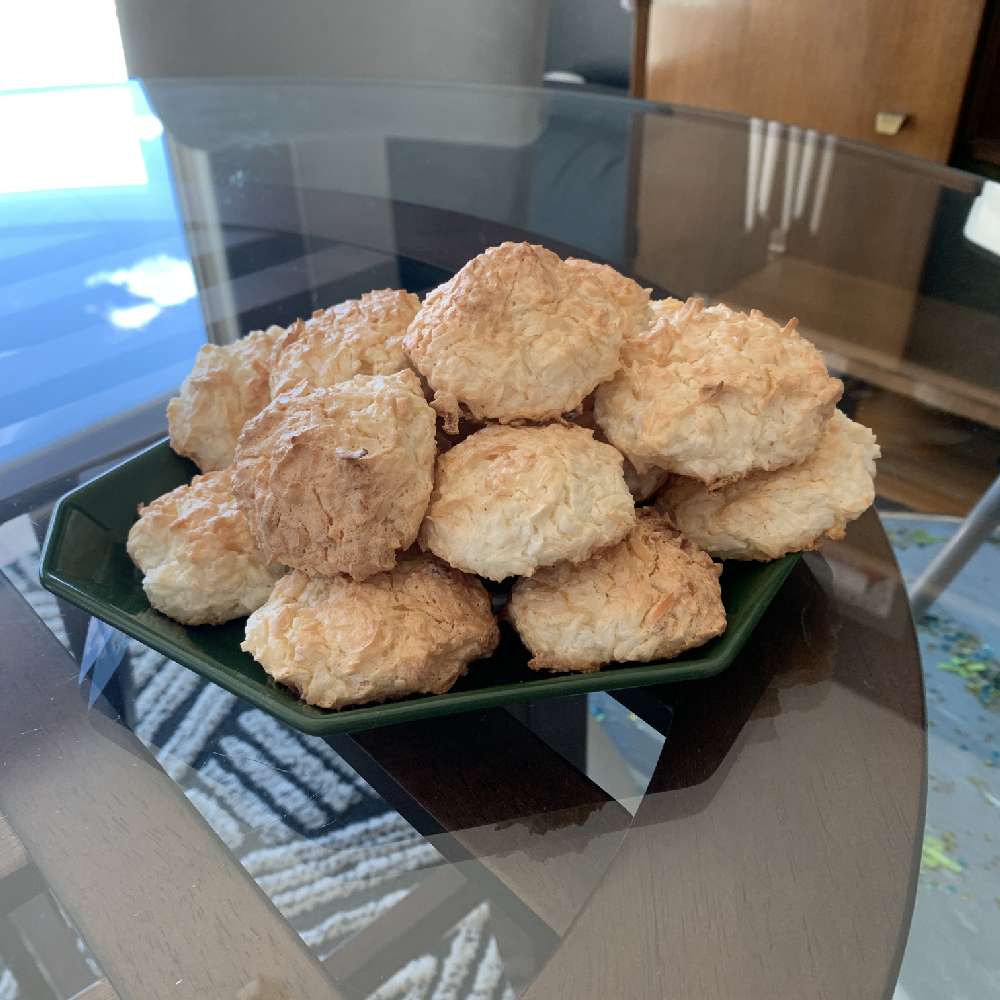 These were just frozen from Trader Joes. Two desserts was feeling a bit sparse so we took these out of the freezer 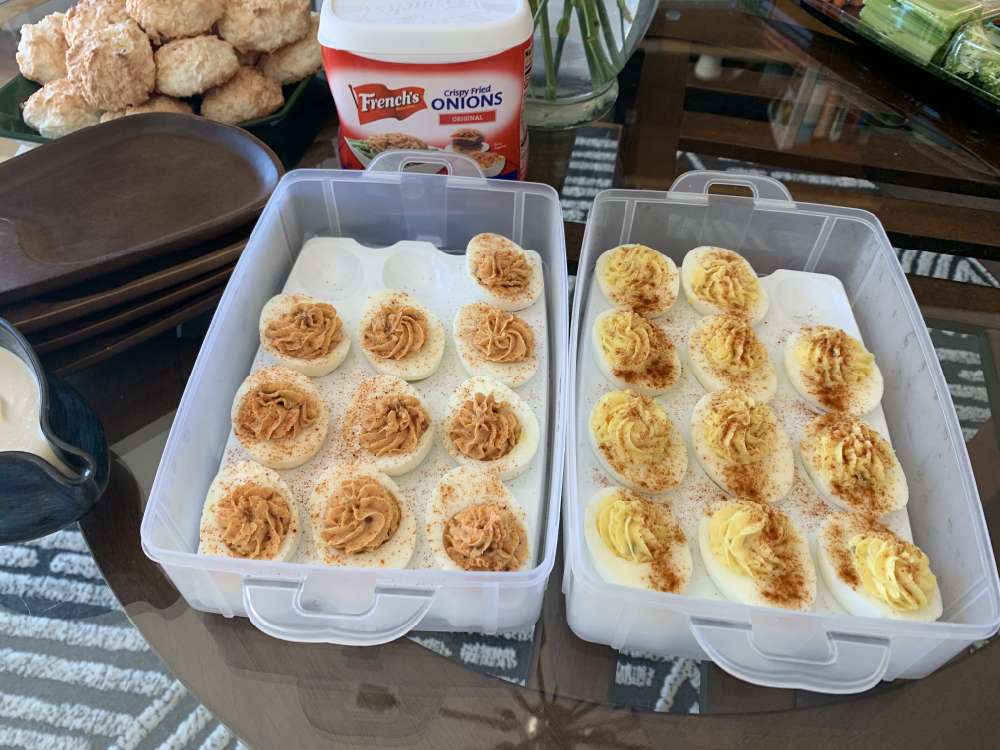 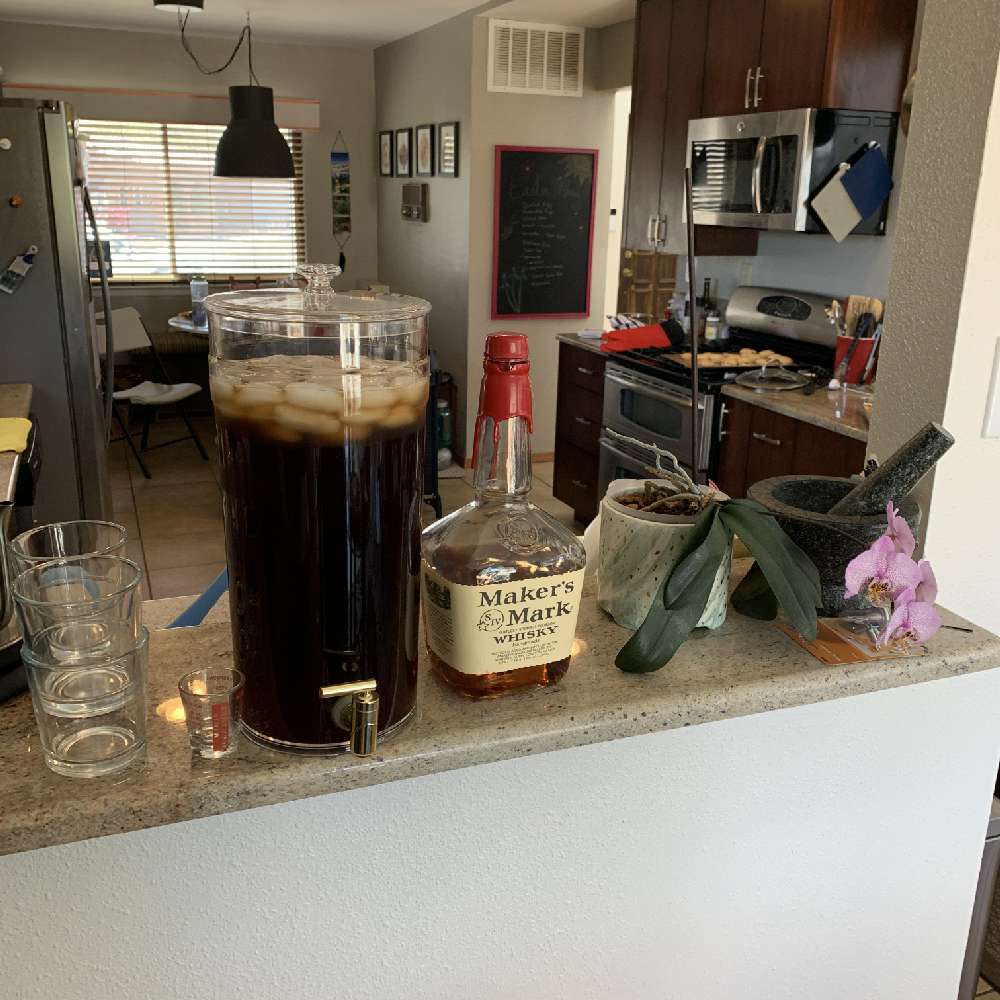 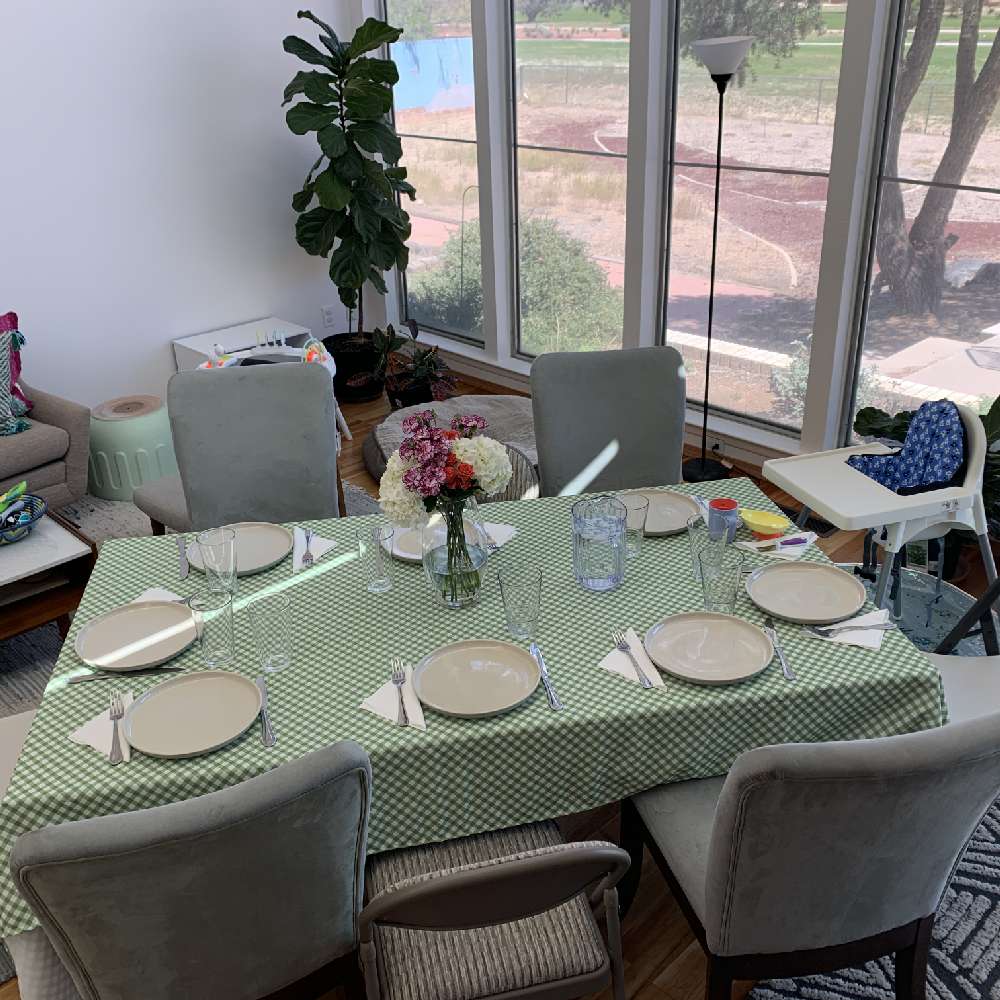