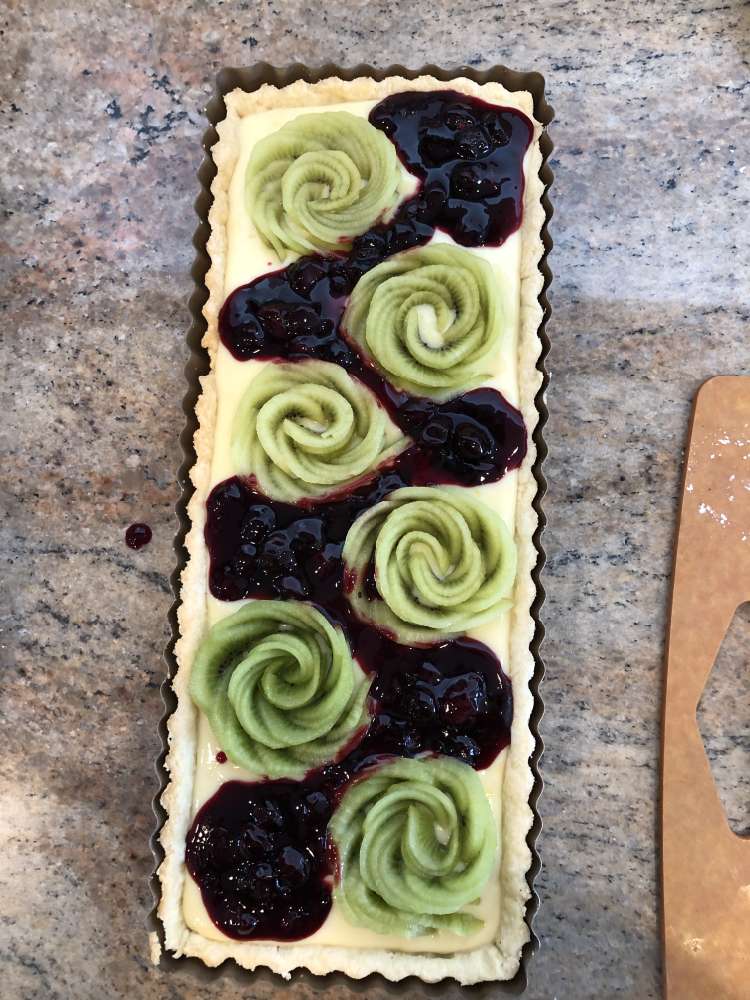 I’m still working on figuring out my preferred tart crust. This time, I used Mary Berry’s crust recipe from Bakewell Tart. The texture was much better than when I used the Kitchn’s recipe. I think cold butter is the way to go for the crust. Next time I may try a Pâte Sucre crust.

The filling was inspired by having leftover buttermilk. I looked for a buttermilk pastry cream and found this The Irreverent Kitchen (LOCAL). I followed this recipe adding the zest of one lemon stirred in at the end. However, I really did not like this method of making the pastry cream. And it didn’t set! I prefer what I’ve done before where you temper the eggs. It tasted good though!

I also used the blueberry topping recipe from the same link, only subbed white rum for the brandy based on what we had on hand. And I ended up using 6 tbsp powdered sugar. I don’t know if my blueberries weren’t as sweet or what, but with the crust not being very sweet and the tangy lemony buttermilk filling, I was going for more sweetness in the blueberries. Then I also topped it with kiwi roses which were surprisingly easy to make. Made them on a cutting board and carefully transferred with the fish flipping spatula.

As mentioned, the pastry cream did not set, and it was pretty soupy once you cut into it. It initially looked great and tasted pretty good. I would consider doing it again, but there are so many other tart combinations to try so it may never happen. Lots of room for improvement though. And as pretty as the kiwi roses were, I thought the blueberry went better. Kiwis are a bit sour, too and like I said it needed the sweeter topping to contrast the tangy filling.