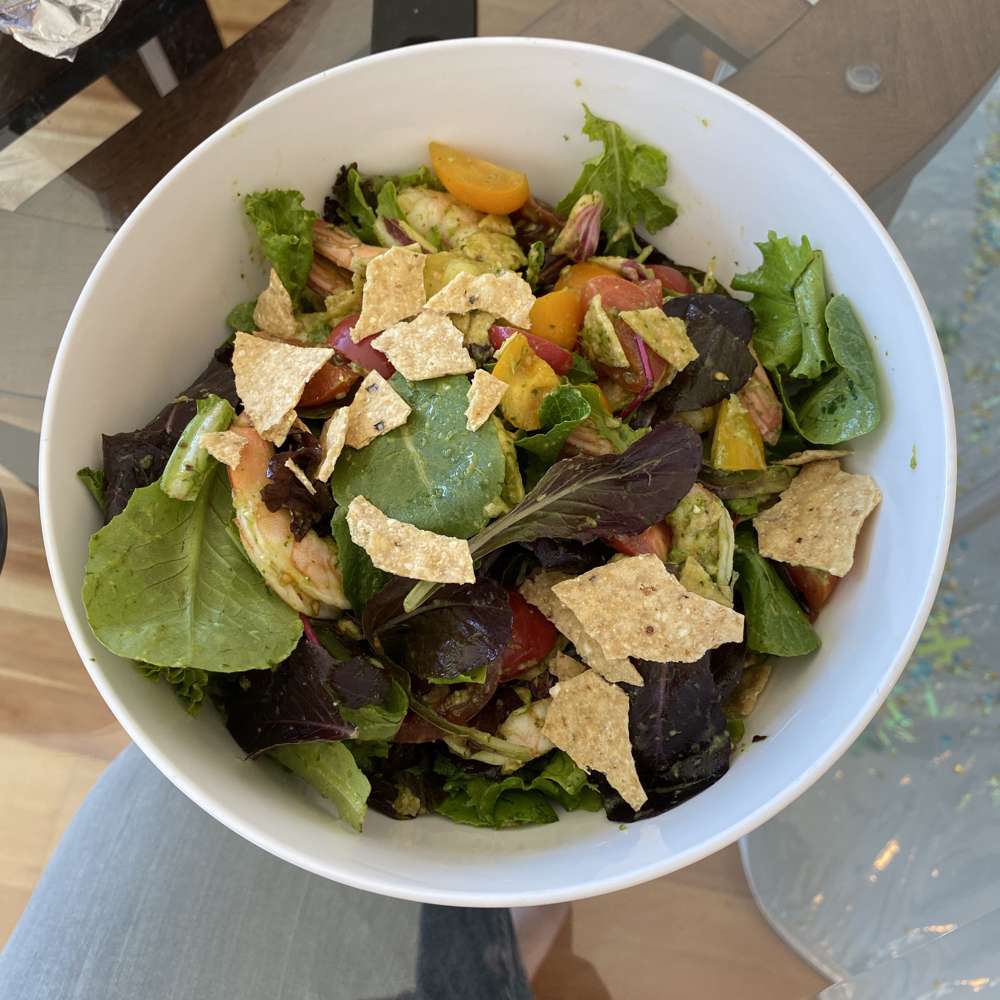 Meredith and I made a salad with just the dressing from this A Beautiful Plate recipe (LOCAL).

Meredith doubled the recipe so it would all fit in the blender. It came out super, super blah tasting with a sharp bitterness. The bitterness could have been from using older limes but we don't think so. She ended up adding more cilantro, a bit of salt, and more cumin. That helped a little. What really seemed to help was that it sat in the fridge for a few hours! It mellowed a lot more and was pretty good by then.

I made shrimp as the protein. I boiled a bit under a pound straight from frozen (even though they say not to) with some Old Bay in the water. Actually, even though I added the shrimp to boiling water, it never seemed to get all the way back to a boil before they were done! Anyway, after I drained the water, I topped them with a bit more Old Bay.

Meredith put (a lot of) sliced tomatoes in the salad along with avocado and broken up chips. We did not use onion (I took it for the carne adovada earlier).

Overall, we were pretty happy with this as a nice lunch at home! Especially after the dressing mellowed out enough.