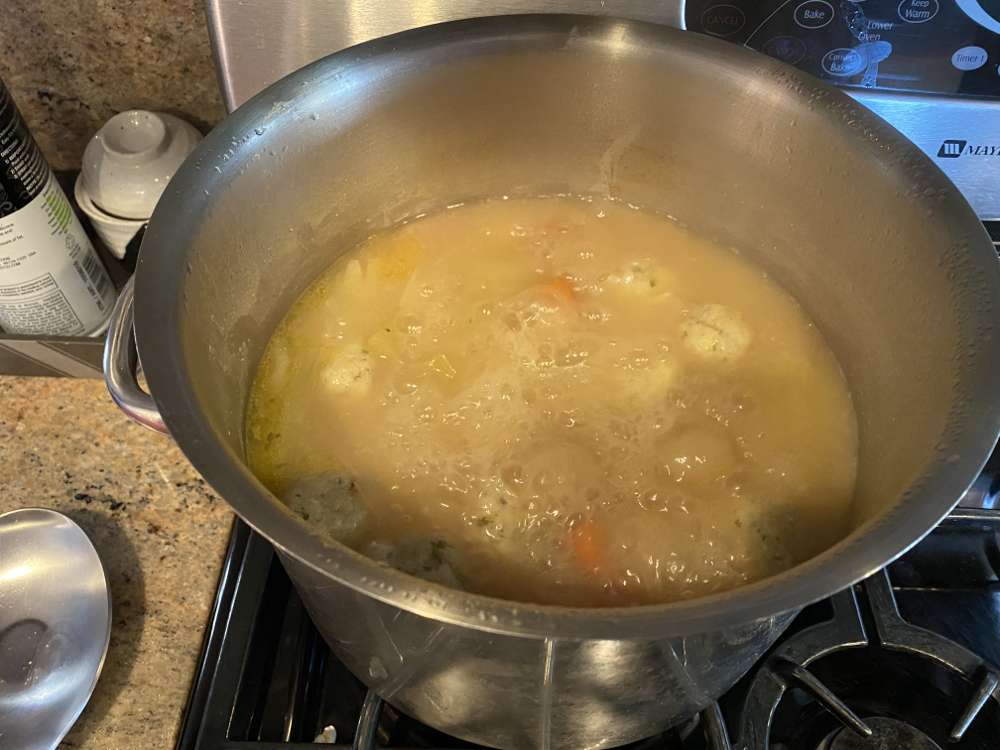 For the soup, I added 3 carrots, 3 celery stalks and one whole onion to boiling water. For the onion, you cut off the top leaving the root intact and peel. This holds it together until the whole thing dissolves.

Anyway, I used Better than Bouillon and simmered it for about 10 hours (total). I was constantly playing though. I struggled to keep the simmer. It would either be too low or nearly rolling boil. Still, I tried my best. I also had to keep adding water as I went. I was going by taste to see how much Bouillon and how much water should be in there.

I also made a double batch of Knaidlach adding a handful of parsley (finely chopped) and a scant tsp of nutmeg. That at in the fridge for about 8.5 hours. I did use real butter (making it really not kosher)

I turned up the heat and individually formed each knaidlach then dropped them into a roll of the rolling boil. Once they were all in, I covered it and brought it back to a simmer (this time, erring on the side of too hot, not too cold). I let it cook for 1.5 hours, covered. It made about 20 medium-sized knaidlach.

It was really good. The onion all but dissolved. The carrots held on as did some celery. Caroline even really liked the cooled broth! 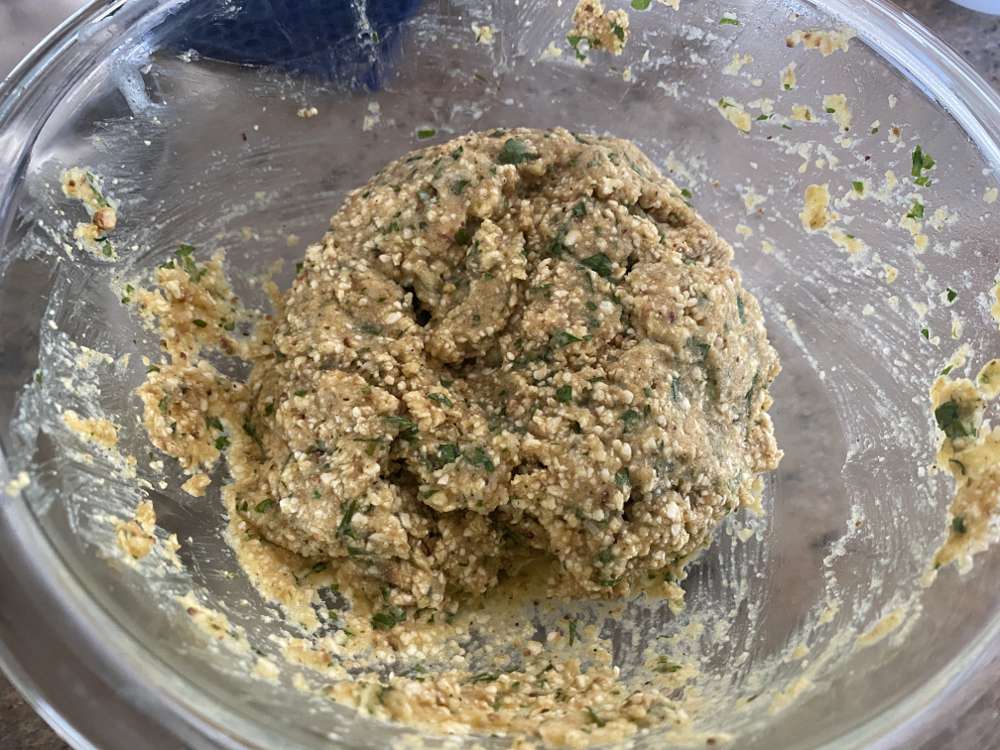 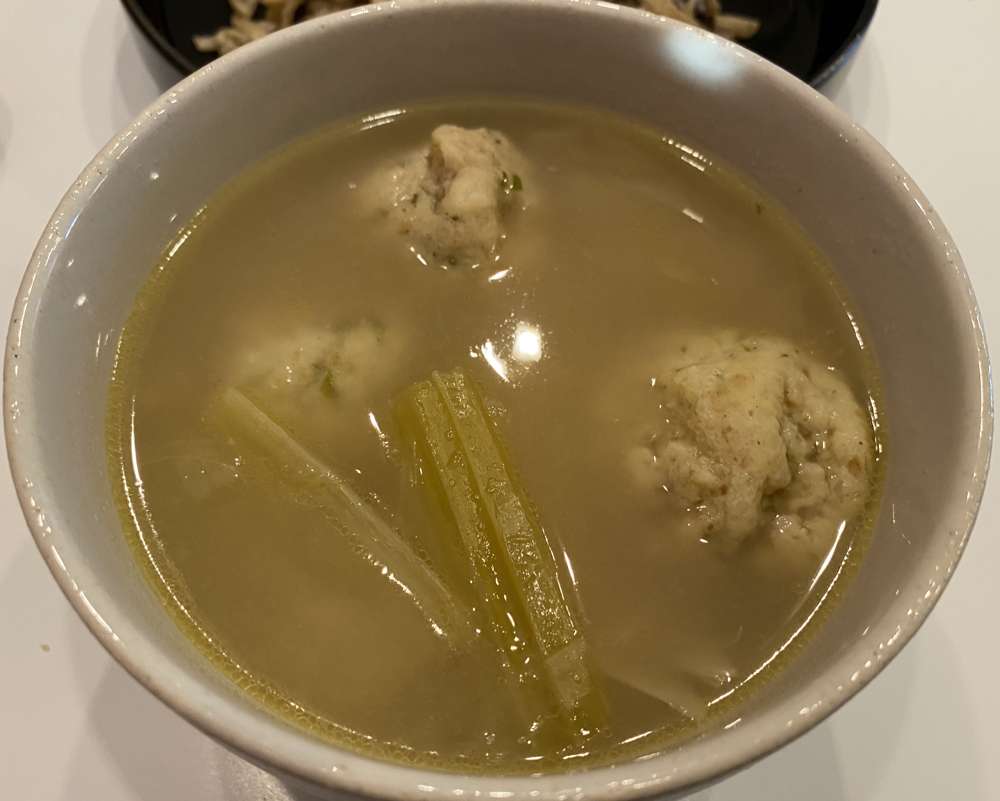 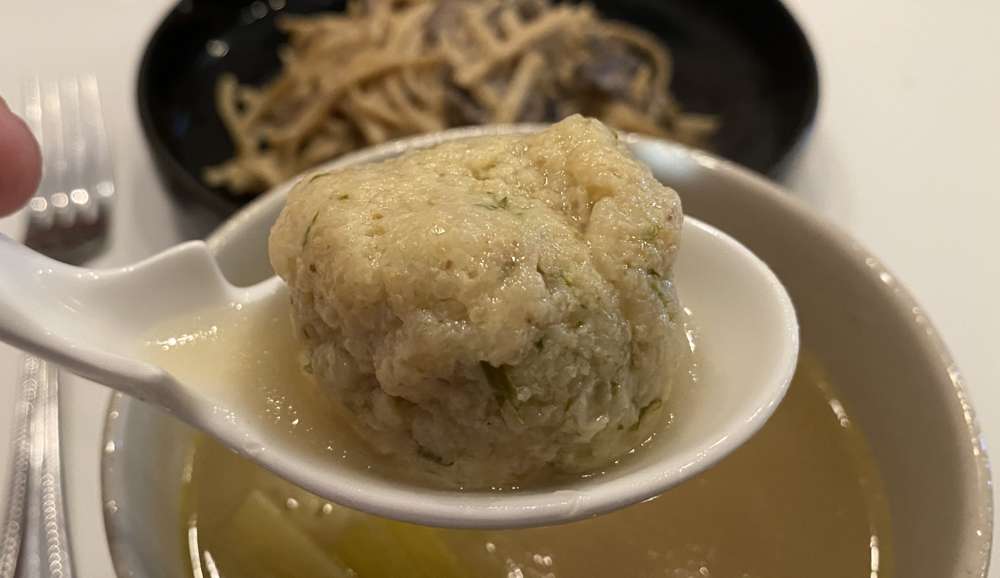