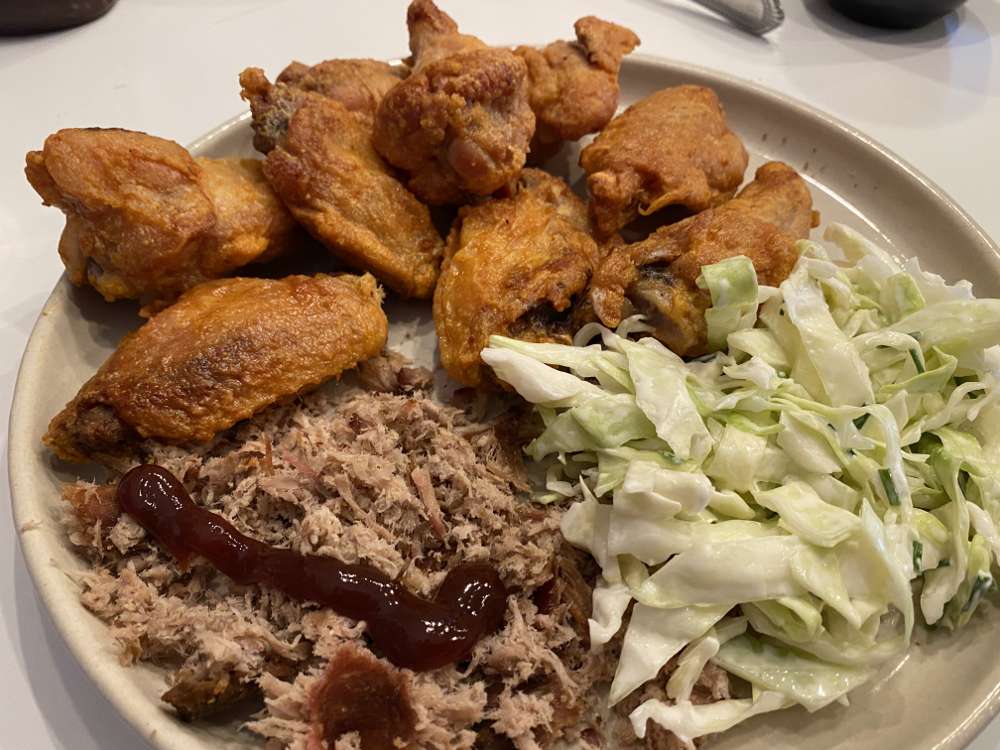 I bought 10 wings from Kellers totaling 1.75 lbs (they have much bigger wings than Sprouts). I again followed Serious Eats for the dry-marinade and cooking. I debated grilling but opted instead to just use the oven.

I did the same as last time for the sauce. Just a bit of butter and Franks Red Hot. It was just enough to coat them all and absorb the flavor without being greasy or sticky.

I ate 8 of them and Meredith had the other two. They were really good. I prefer these larger ones!

Dukes Coleslaw recipe halved with extra cabbage and half of the mayo replaced with fat-free greek yogurt. It's a nice way to cut some calories and it was really not missed. She also added some (homegrown) chives.

This was the main focus for the meal. I again followed Serious Eats like last time. I made the dry-rub a bit differently:

which skipped paprika, sugar, and anything spicy.

I committed a major BBQ sin and cut off a nice chunk of the fat from the original pork shoulder. I was happy to lose some calories with this and I figured (hoped) it wouldn't make a big difference.

I spread all of the rub around (I goofed. I forgot to reserve some) and then put it in the bag and cooked at 165°F for about 26 hours.

I debated back and forth as to whether to grill it or use the oven and I opted for the grill. I made wood pouches as can be seen in the photos (I opted not to soak the wood). I grilled it for about 2 hours constantly playing with the temps to get it to hover around 300°F. I mostly just had the heat over the hot side but I occasionally had to turn up the cold side too.

At one point it was really smoking! I probably should have changed the wood packets after it died down but I didn't.

After about two hours, I "pulled" it in the mixer (the lazy way!)!

See below for some of the weights. I was surprised how much liquid came out but upon reading, that is normal. To make life easier, I refrigerated the liquid so that I could scrape it into the trash can. It turns out there was actually not a ton of fat. It was mostly water with lots of collagen.

(I need to weigh the bowl later) 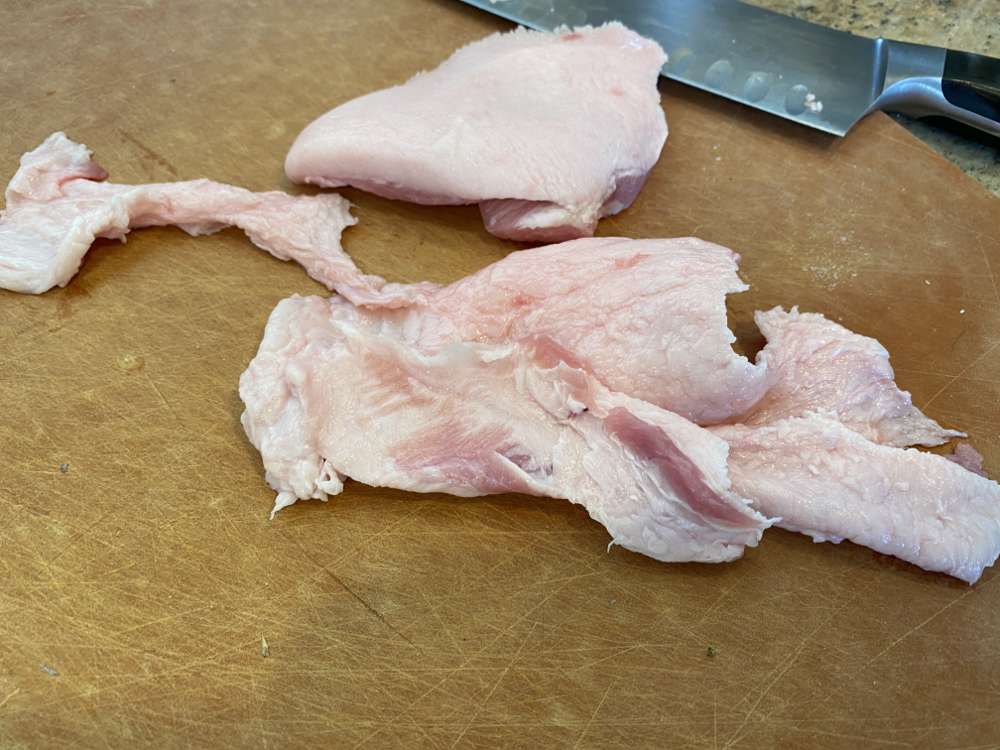 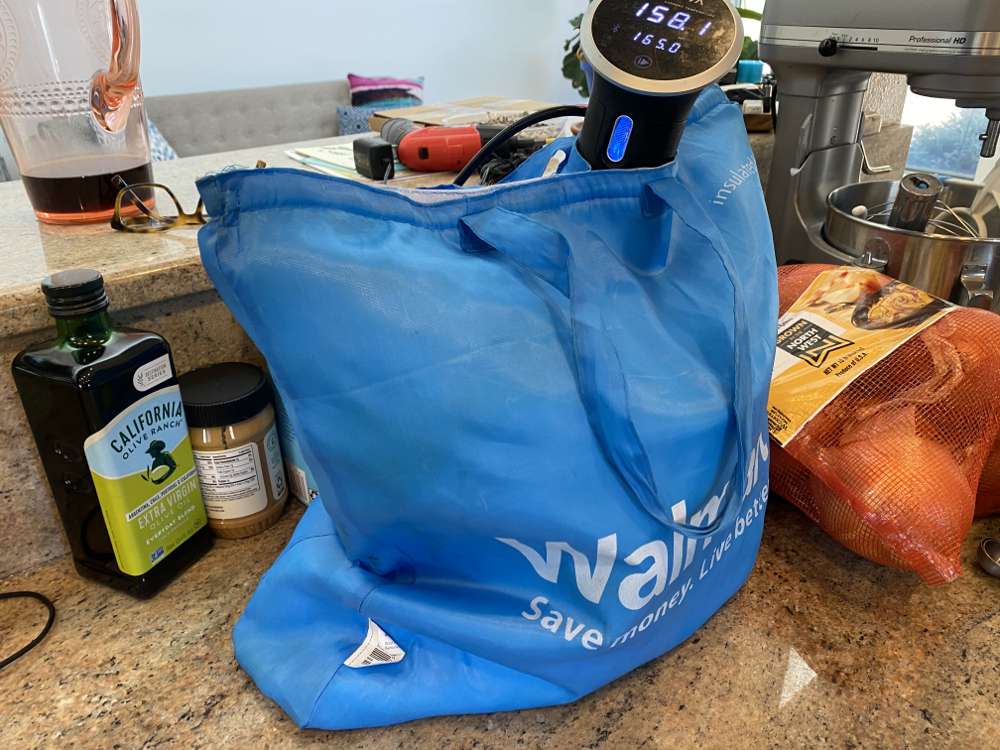 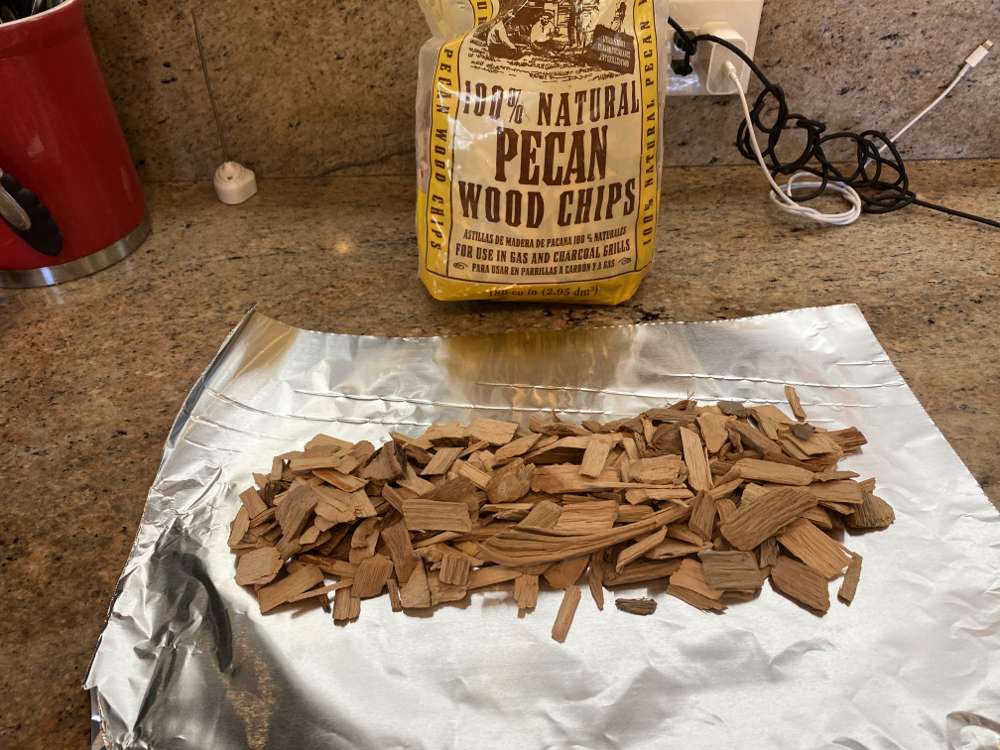 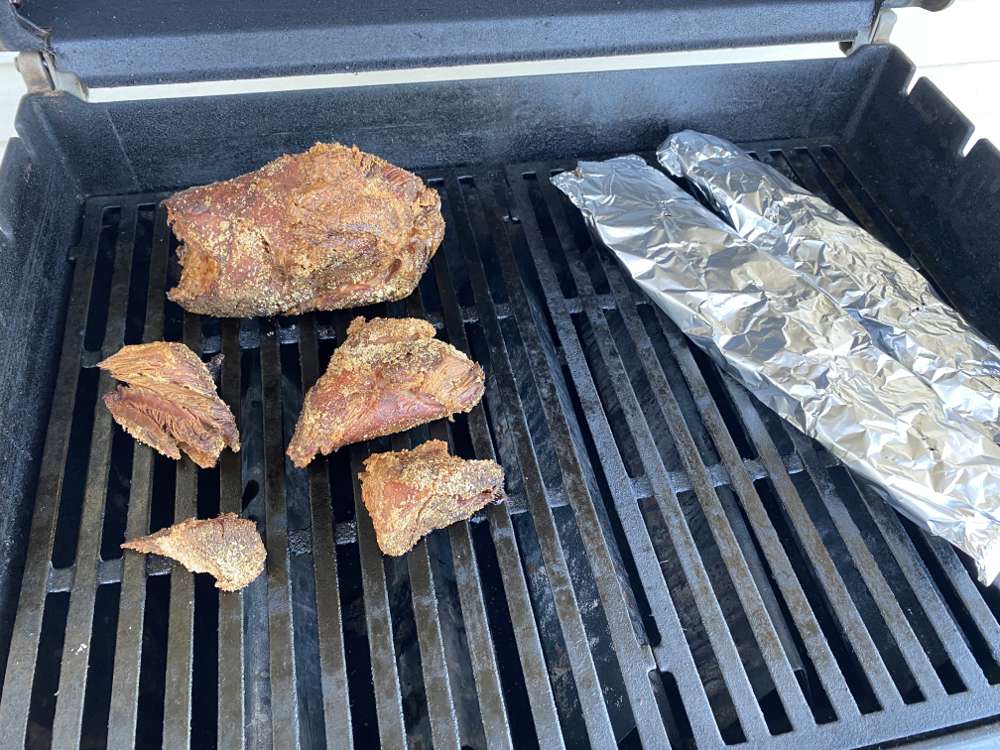 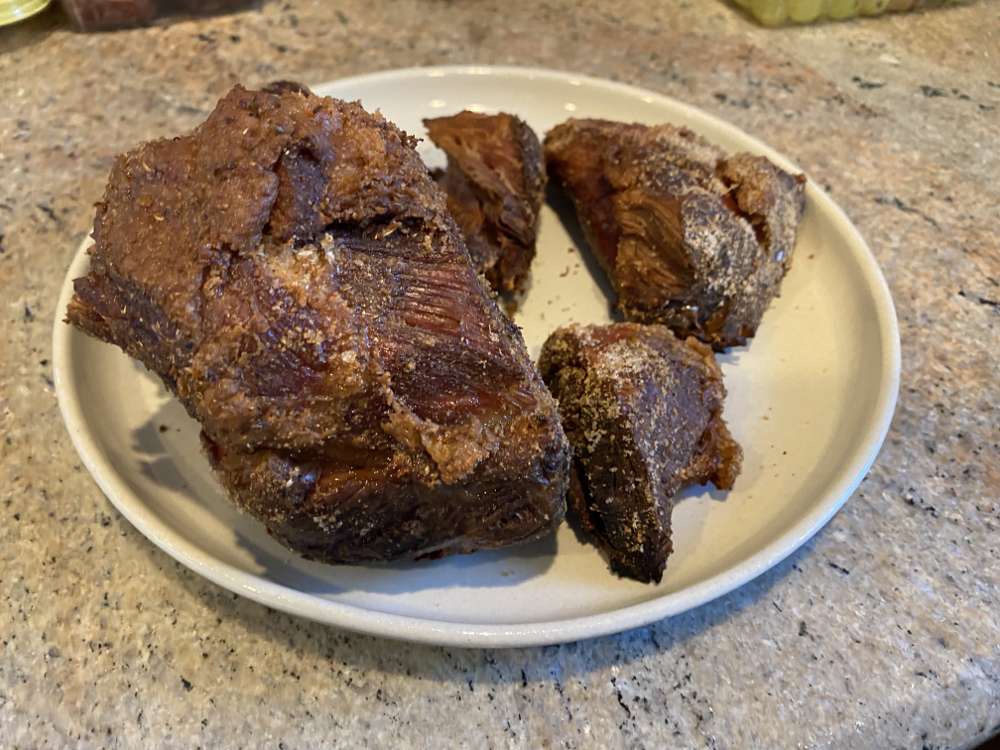 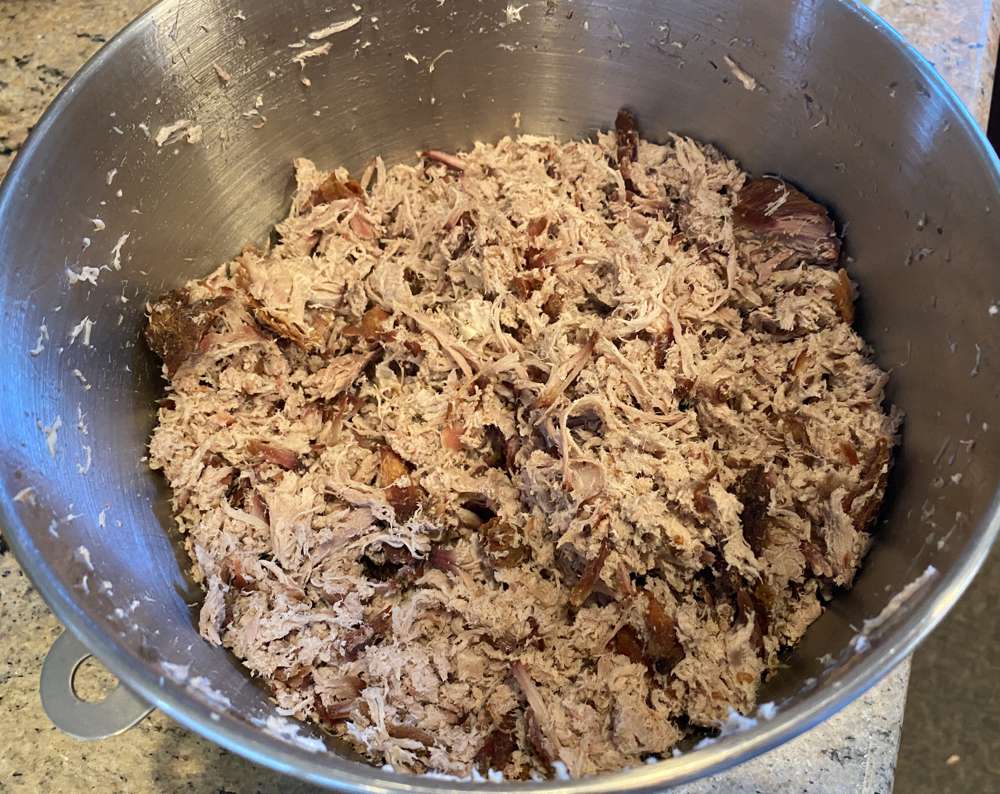 Smoke coming from the grill

Shredding in the mixer