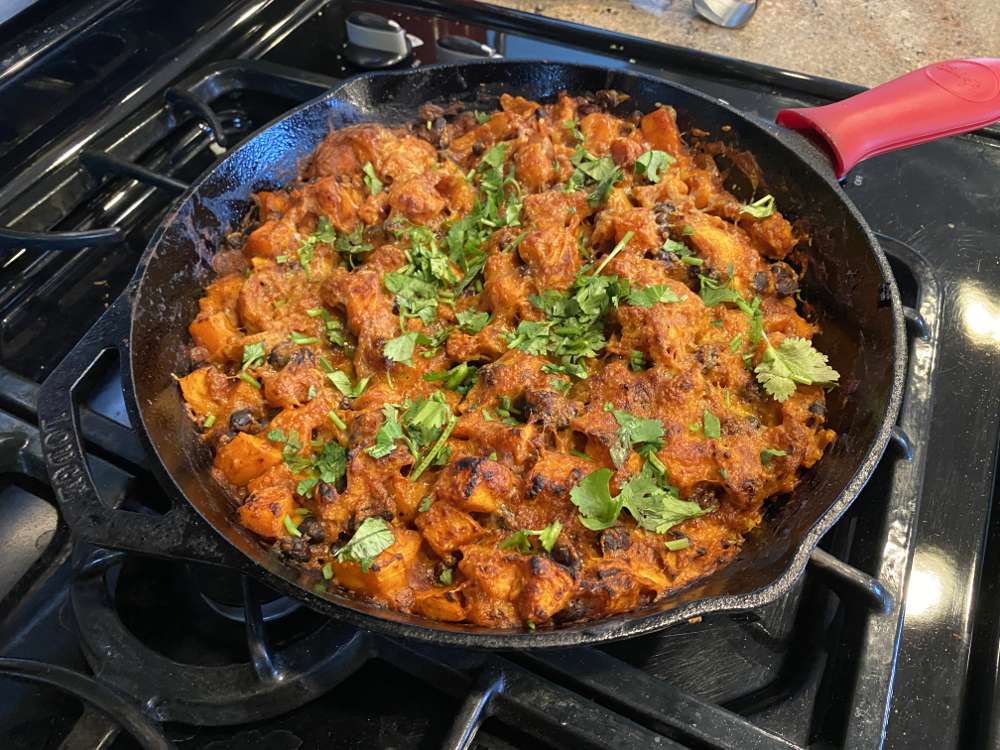 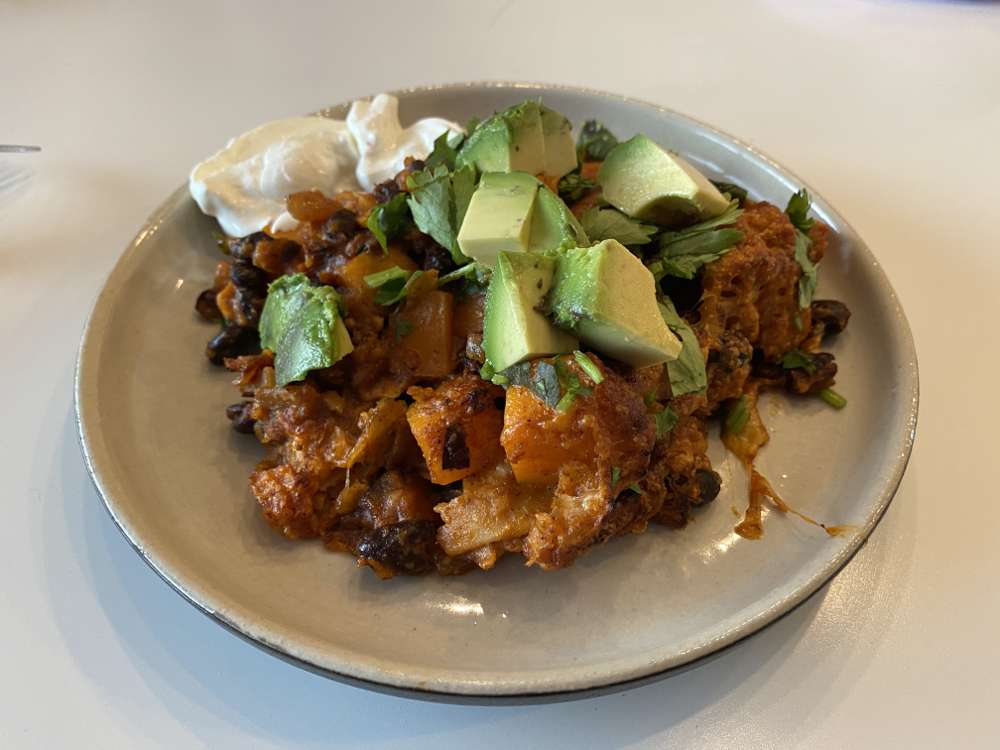 Meredith made an Enchilada Skillet from Ambitious Kitchen (LOCAL)

She followed the basic recipe with a few minor notes:

It was really good. We both really enjoyed it and even Caroline ate some (she basically had some sour cream and then fat-free greek yogurt with a bit of this).

I was thinking while eating it that Emily would really like this. Then Meredith pointed out that she found it from Emily's Pinterest board!