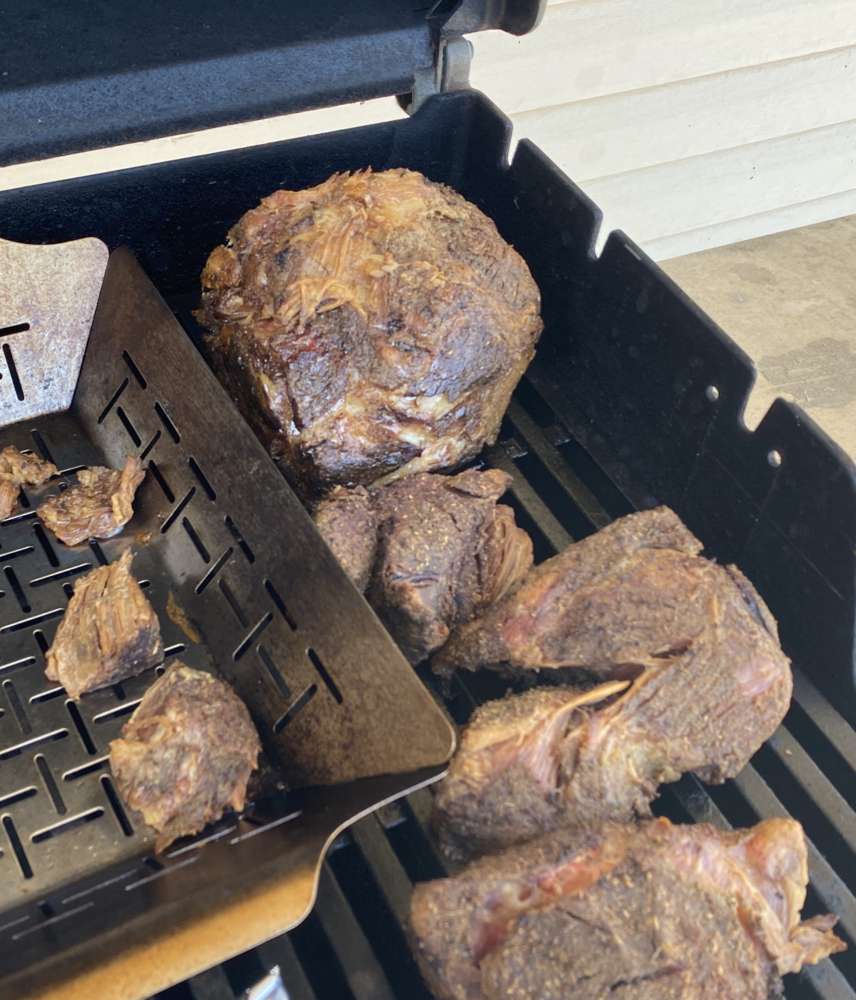 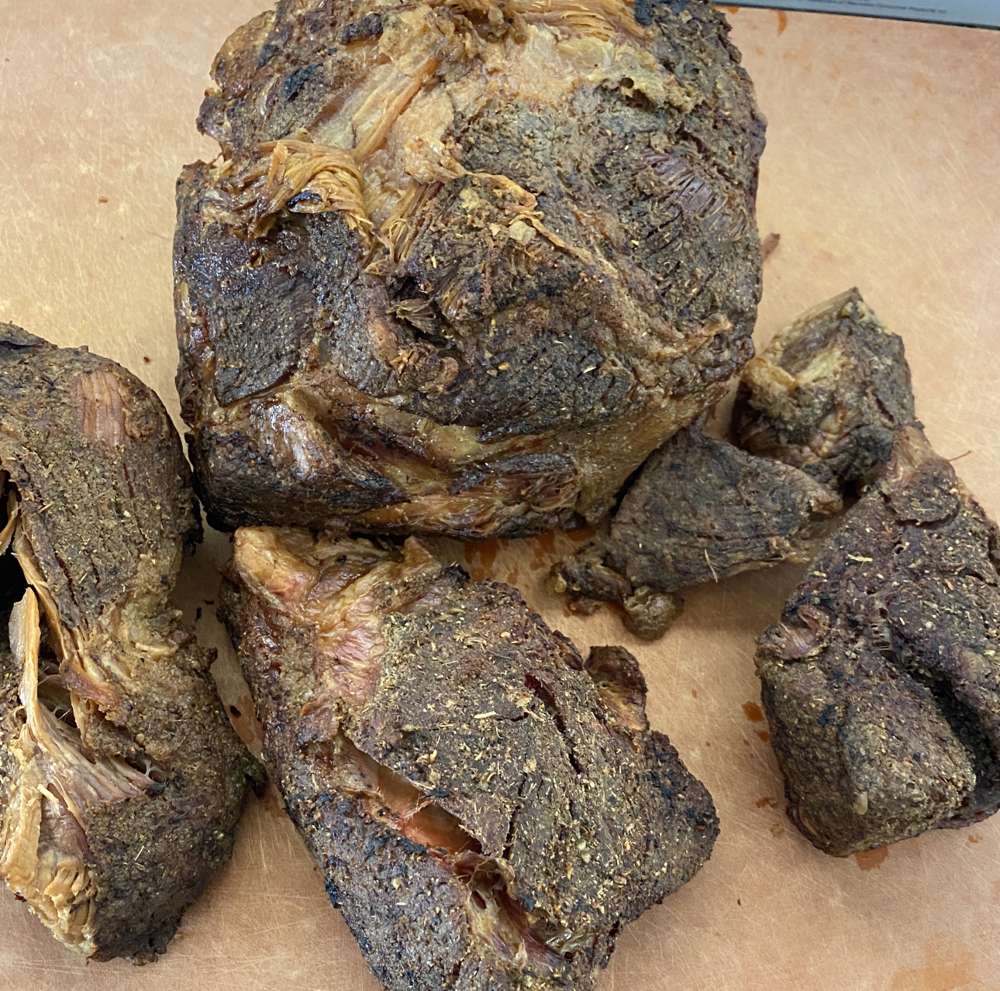 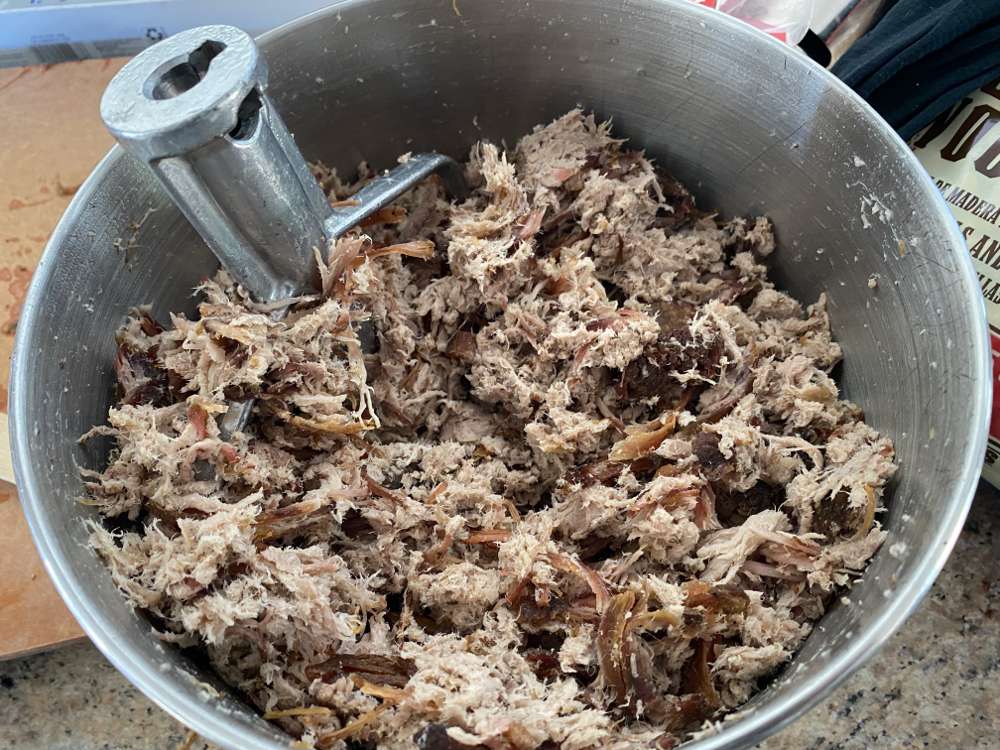 I made a big batch of pulled pork for us and to bring to a friend's house (with appropriate social distancing).

I used the same Serious Eats guide as before. The biggest changes were that I just used salt, garlic powder, pepper, and coriander in the crust. And I skipped a second coating before the grill.

My biggest complaint was that this one had lots of bits break off as you can see in the pictures. On the one hand, that made for lots of crusty bits in the final product but it also made them really dried out. It may have been because this was boneless. I really don't know! I think I may, next time, save the small pieces and not grill them (or grill them less) to go in later.

I grilled it with indirect heat. I had one burner at full blast and the others off. That held it right at 300°F (according to the grill thermometer). I used wood but also was working so I didn't change the packet very much. It was less smokey than I would have liked.

But overall, it was still very good. And again, unlike the first time, it was not very greasy probably because I cooked it right away.

As with last time, I tried to keep track of the weights. And I also trimmed a bit of fat off.

So in all, it was about 45% of the original weight