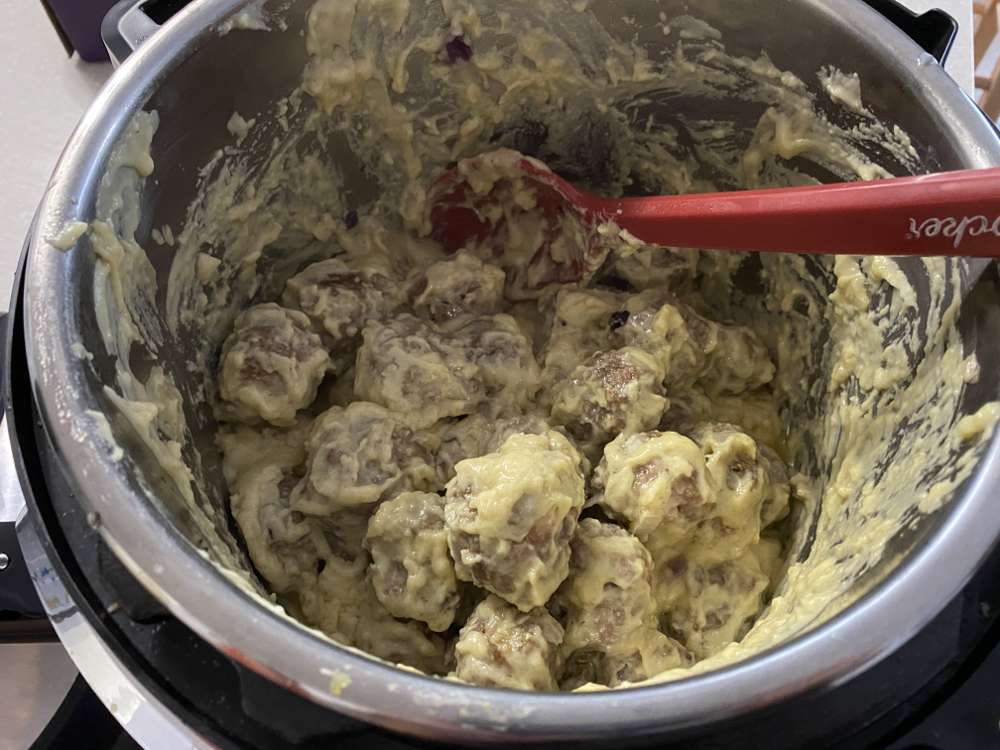 I made IKEA Swedish Meatballs for a (responsibly socially distanced) dinner with the Pettits. Earlier in the pandemic, IKEA tweeted the recipe and The Washington Post did a writeup (LOCAL for both).

For the meatballs, I basically followed the recipe but used some red onion. Next time I must dice it up better!!! (see the photo below). I also used panko breadcrumbs which I "ground" in my hand a bit. I baked them at 400°F for about 17 minutes rather than frying them. I used 85-88% lean beef and whatever pork Kellers had.

I made the sauce in the Instant Pot so we could travel and keep it warm. I used Better Than Bouillon Chicken instead of beef broth. I also used too much and it was already really salty so I skipped the soy sauce.

You can see in the photo that the sauce was very thick. I may have let the rough go too long or messed up some of the measurements.

But they were really good! Indulgent (especially the sauce) but very tasty.

Again, next time (if there is one) I will grind the onions better. 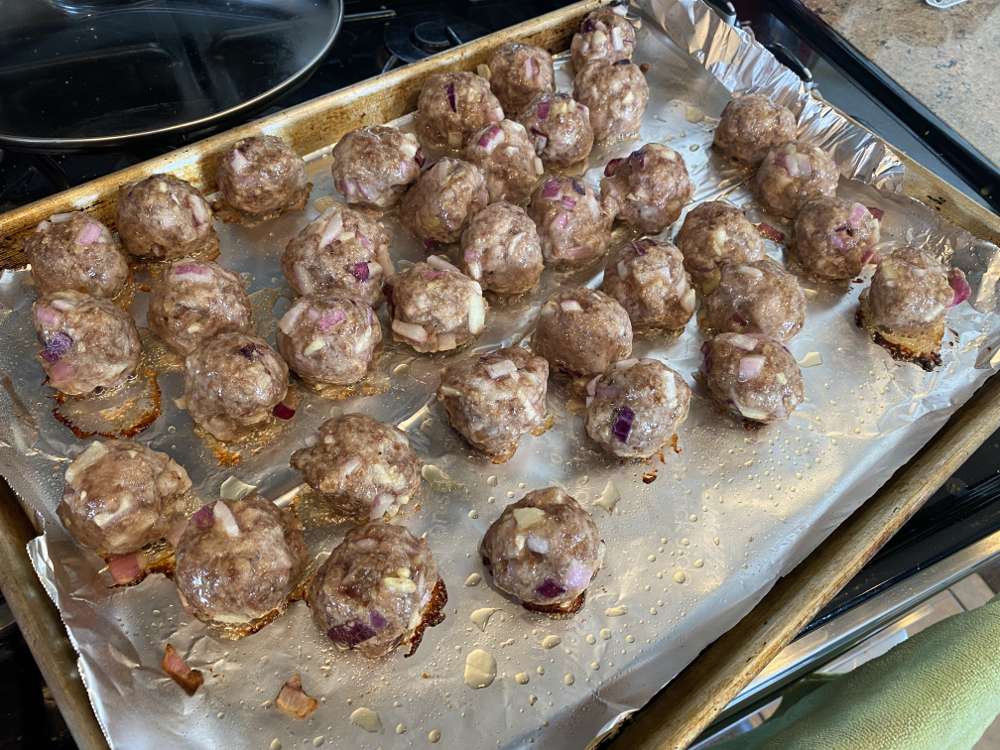