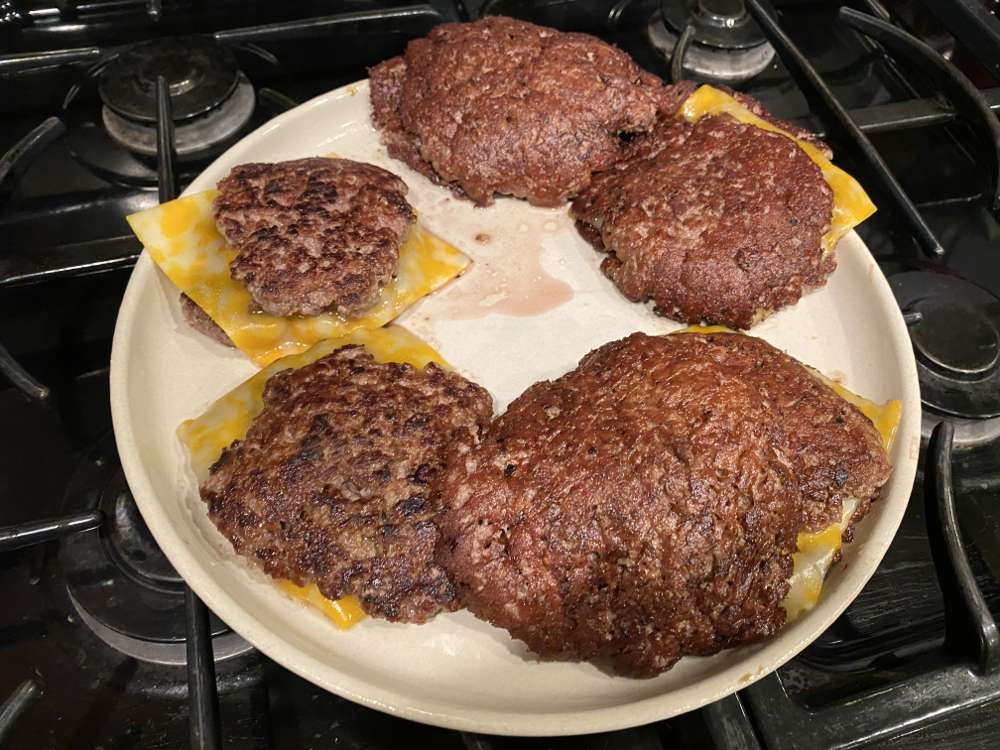 I've been wanting to make smash burgers for some time. I followed the Serious Eats recipe (LOCAL, including the video and PDF of The Food Lab).

I used the bottom of a small frying pan with non-stick aluminum foil to smash. I did them on the Baking Steel outside on the grill. I also broke the one rule Kenji said not to break and used a different cheese. I didn't expect to need as much pressure as I did! But I think it worked well enough. The later ones were done better (as you can see in the photo).

I used 85-88% lean beef since that is the fattiest that Keller's sells but I think it worked okay.