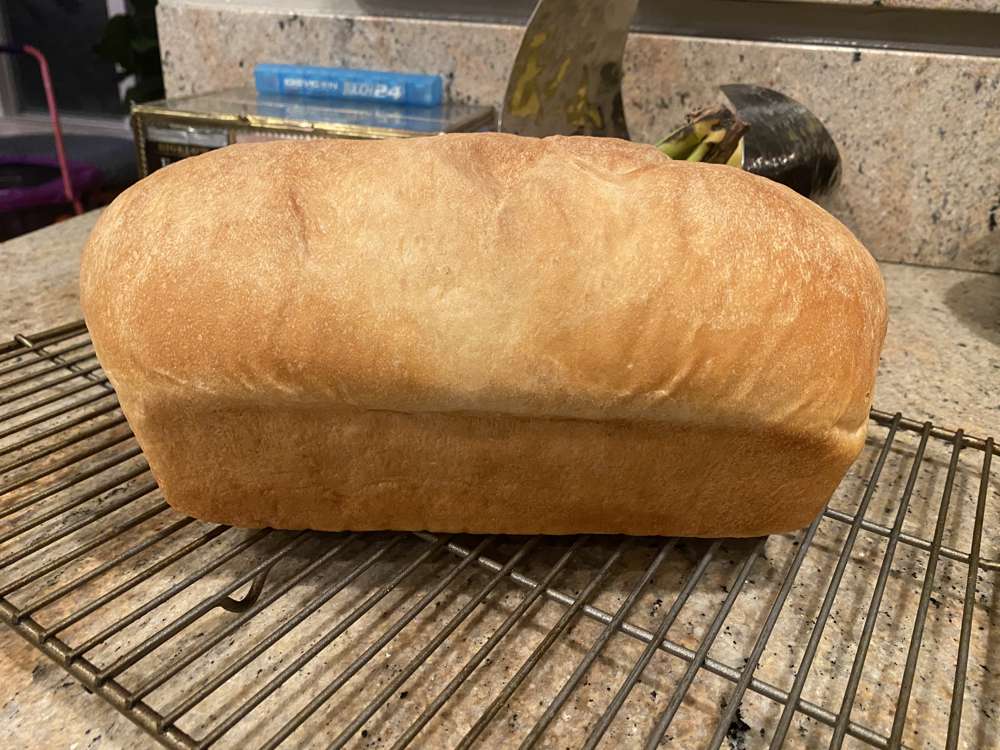 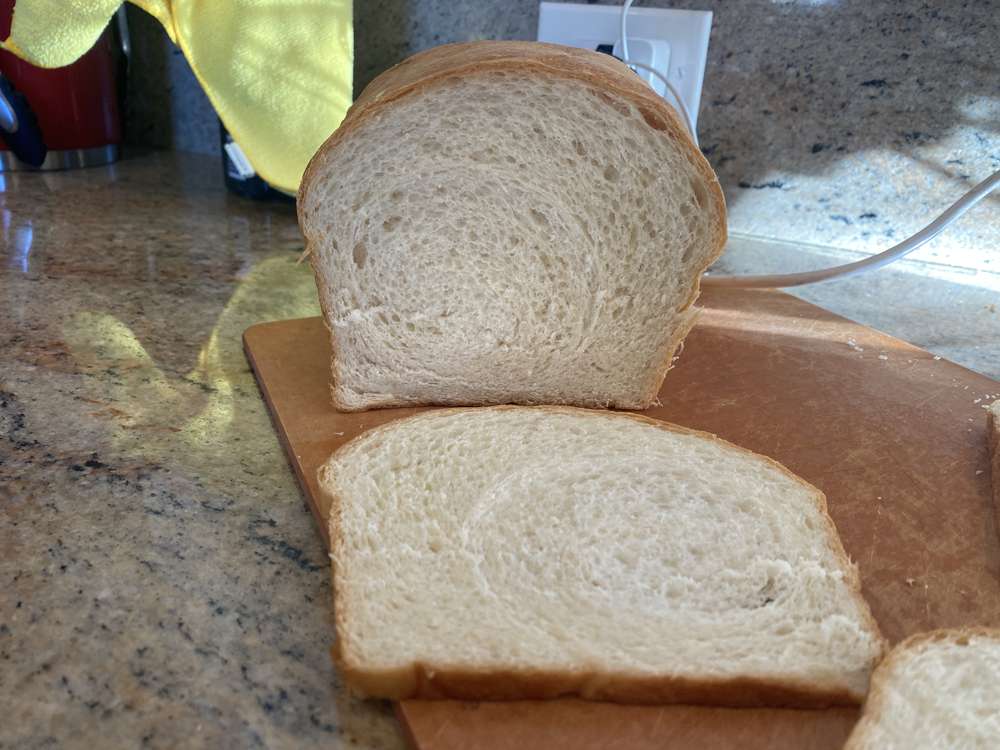 I made American Sandwich Bread [Bread Illustrated by America's Test Kitchen] for the week. I followed the recipe basically exactly. I was trying to speed it along a bit so I did a "proofing box" with the oven and boiling water. I may have over proofed it a bit as you can see in the pictures.

The final result was very tasty and had a good structure. Not as dense as their pictures but not too far off (though mine came out a lot taller but less brown). When I took the temperature, it was 199.9°F which should be about right for Albuquerque, though that could explain the lack of browning.

It did have a very noticeable swirl from how I rolled it up. Not sure how that happened or how to stop it.

Update: I asked my dad what he think caused it and it makes sense. I need to be more careful:

It looks to me like the dough had dried out a bit and you rolled that dried part into the body of the loaf when you were rolling the whole thing. Otherwise your texture looks really nice. You have to make sure you either keep it in an airtight container or that you keep it well oiled 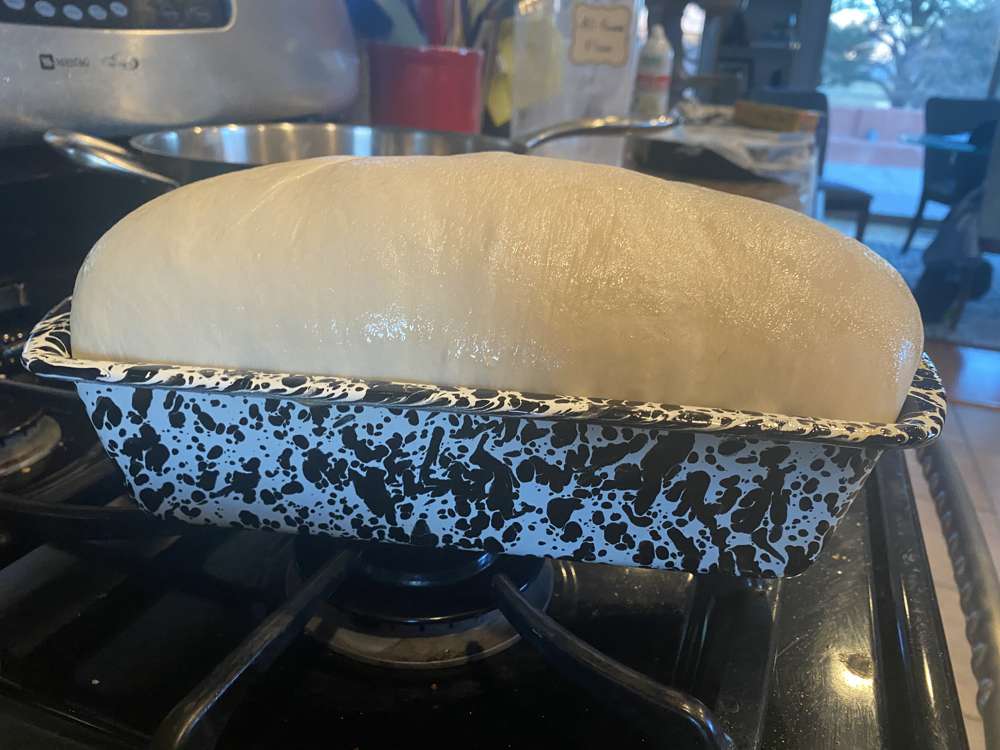 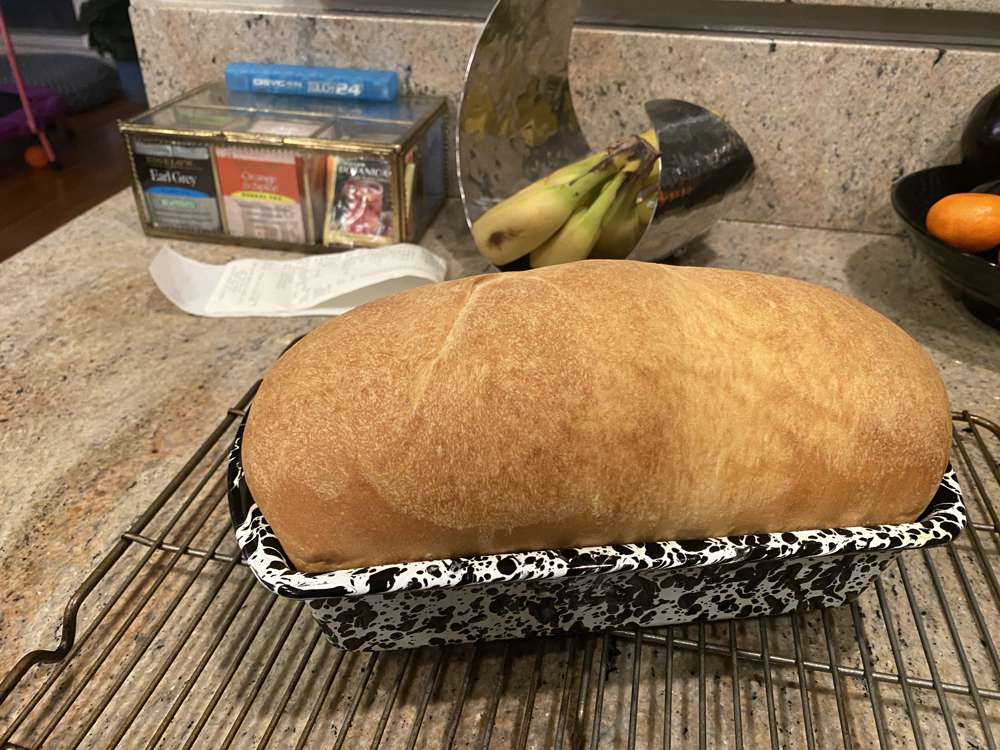