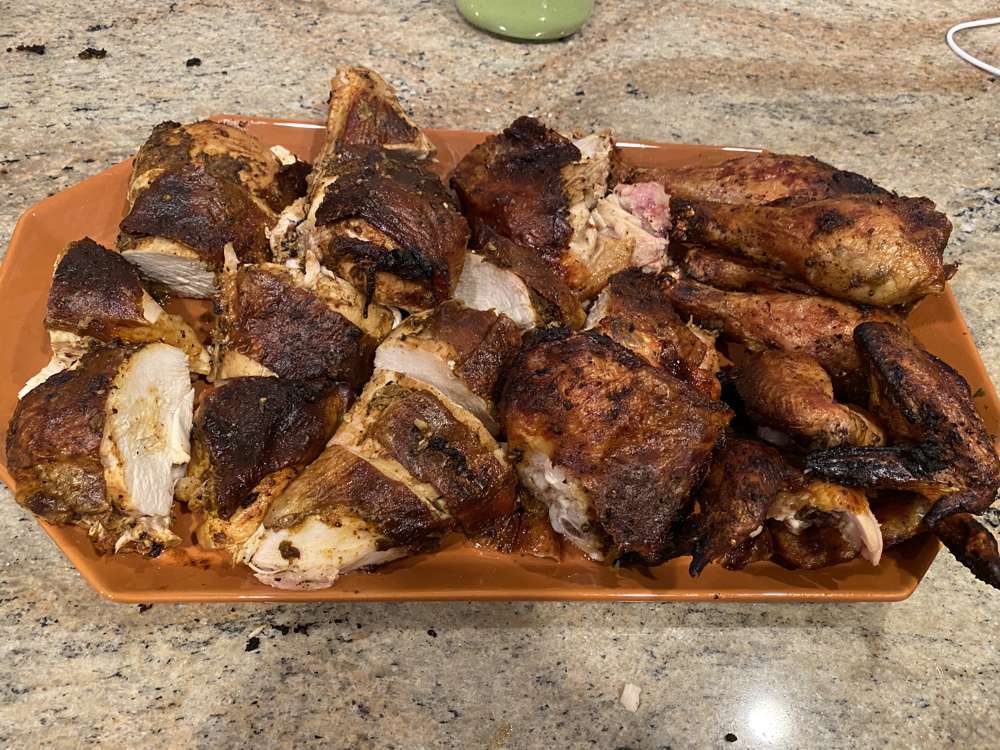 I made Peruvian Chicken for our friends. I mostly following The Food Lab / Serious Eats (LOCAL) but I also read some others including America's Test Kitchen. Also, the Food Lab Website version is slightly different with the spices bumped up.

I finally settled on the following for one chicken. I decided to use two (4.74 lsb and 4.34 lbs) so I doubled the following: 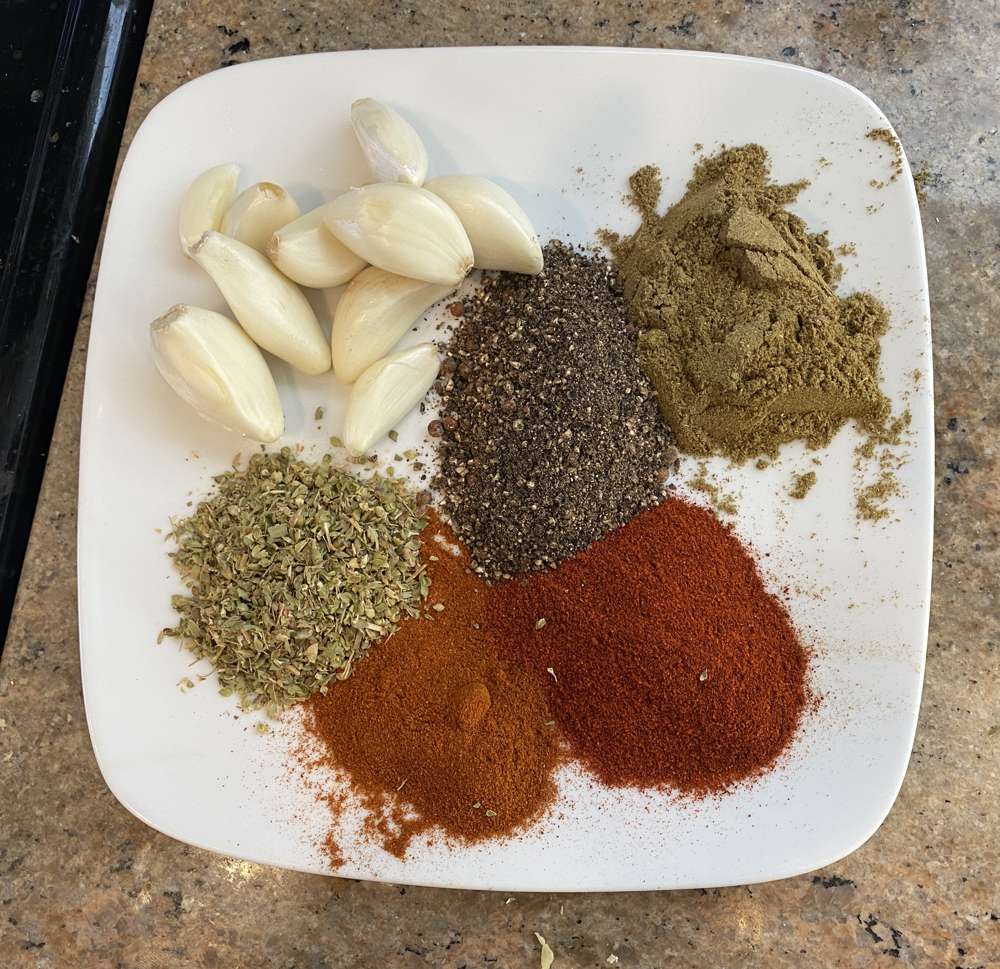 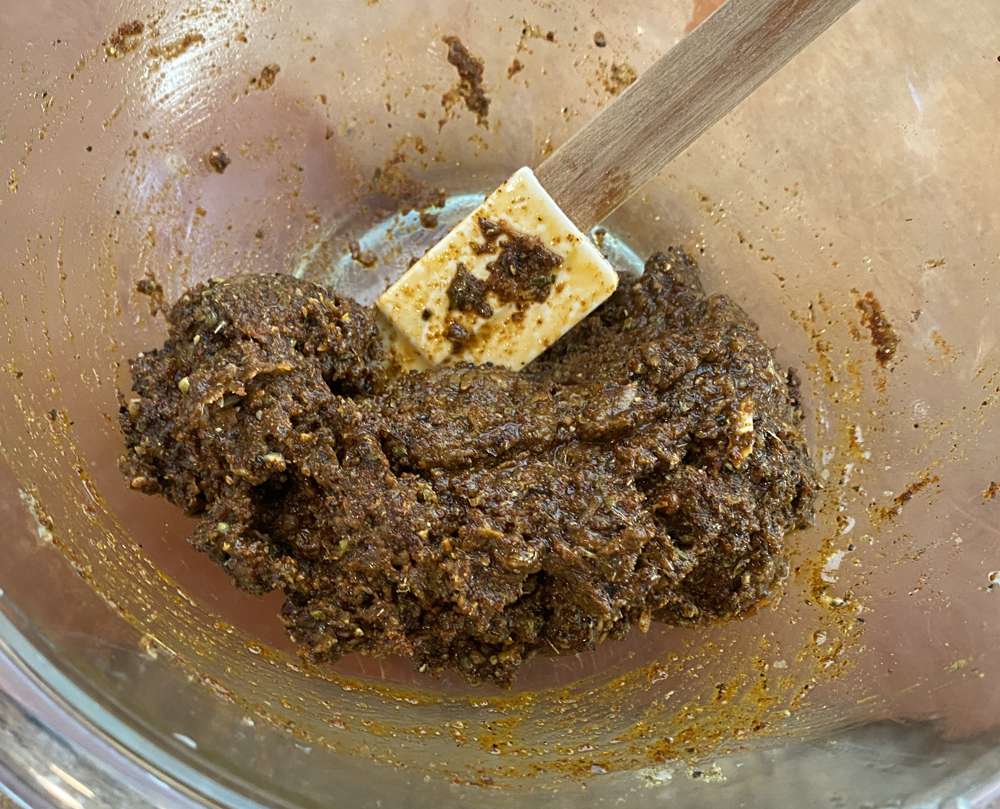 The Food Lab one has you dry-brine the bird and then add the spices right before cooking. The America's Test Kitchen has you make a saltier paste and apply that for at least 6 hours. So I kind of did both. I used salt (under and on top of the skin) to dry-brine for about 24+ hours. Then the next day, I made the spice mixture (again both under and on the skin) for another 5-6 hours.

I debated grilling or baking the chicken but eventually decided on the oven. I cooked it at 475°F with the thermometer set to 153°F (a bit of a compromise of a few different sources). Of course, at that point, my instant read showed everywhere was much hotter. Not sure what is going on with that... 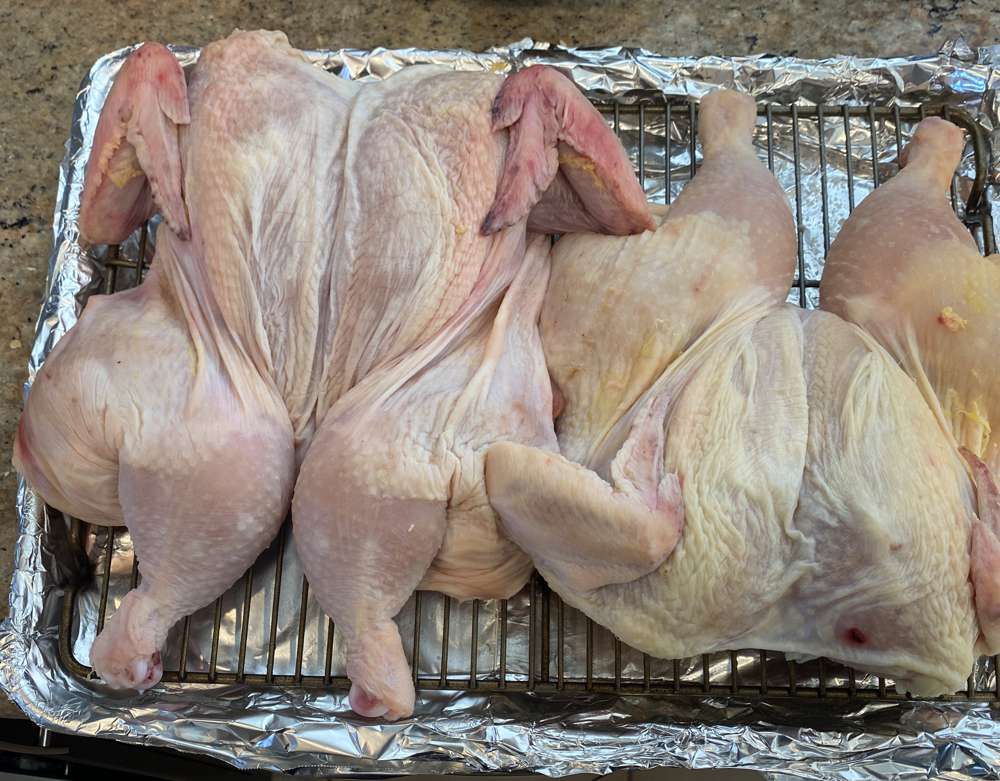 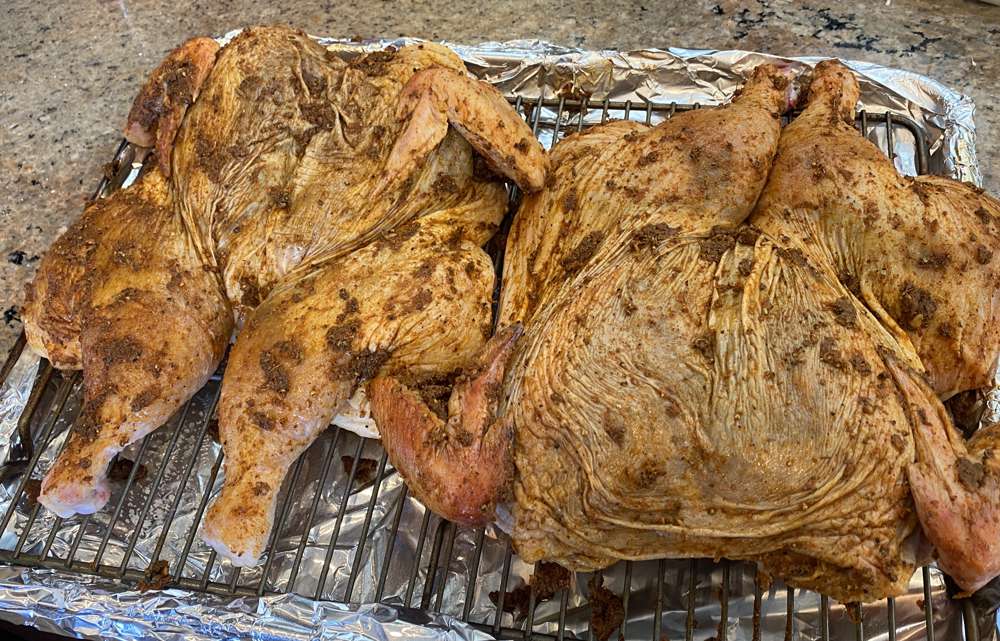 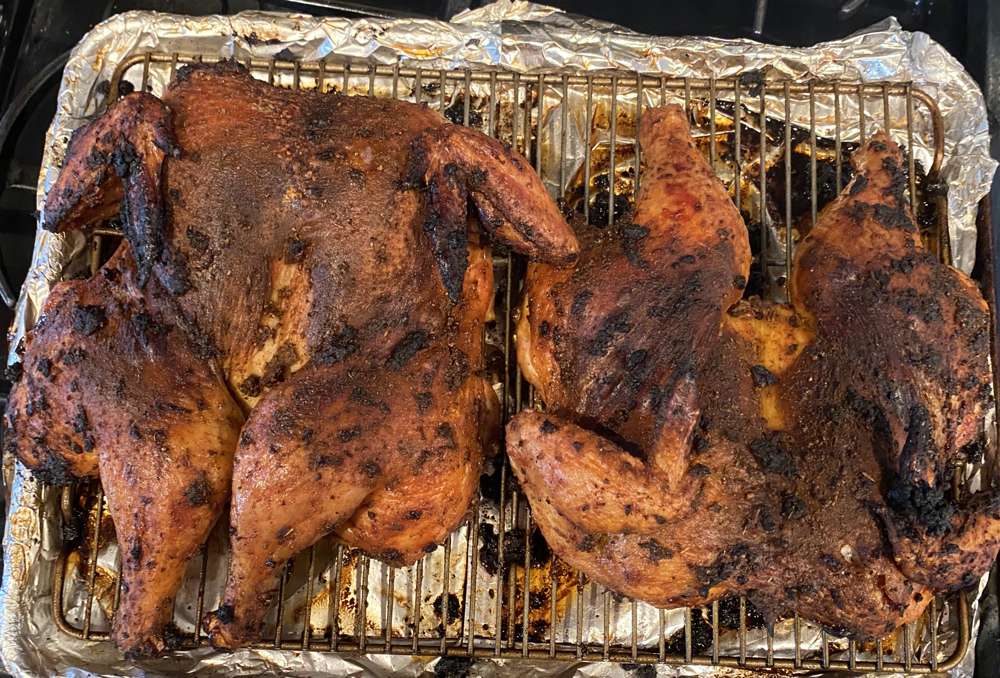 Note: It put out a ton of smoke while cooking! I wonder if turning off convection would help with that filling the kitchen so much?

For the sauce, I followed the recipe with no major changes. For the three jalapenos, I de-ribbed and de-seeded two of them. Also for the "salt to taste", I did about 1/2 tsp. Next time a little bit less salt. I also may have gone a tad high on the garlic. I used the little bits leftover from the microplane for the spices. I did not have ají Amarillo paste. 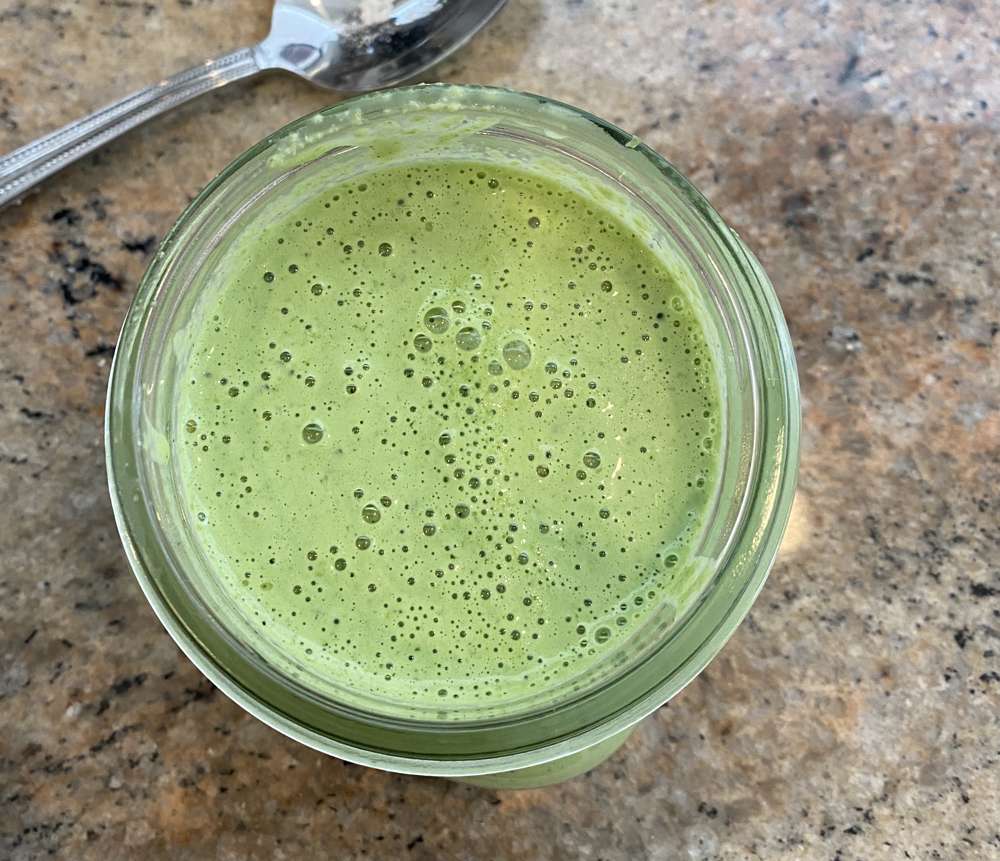 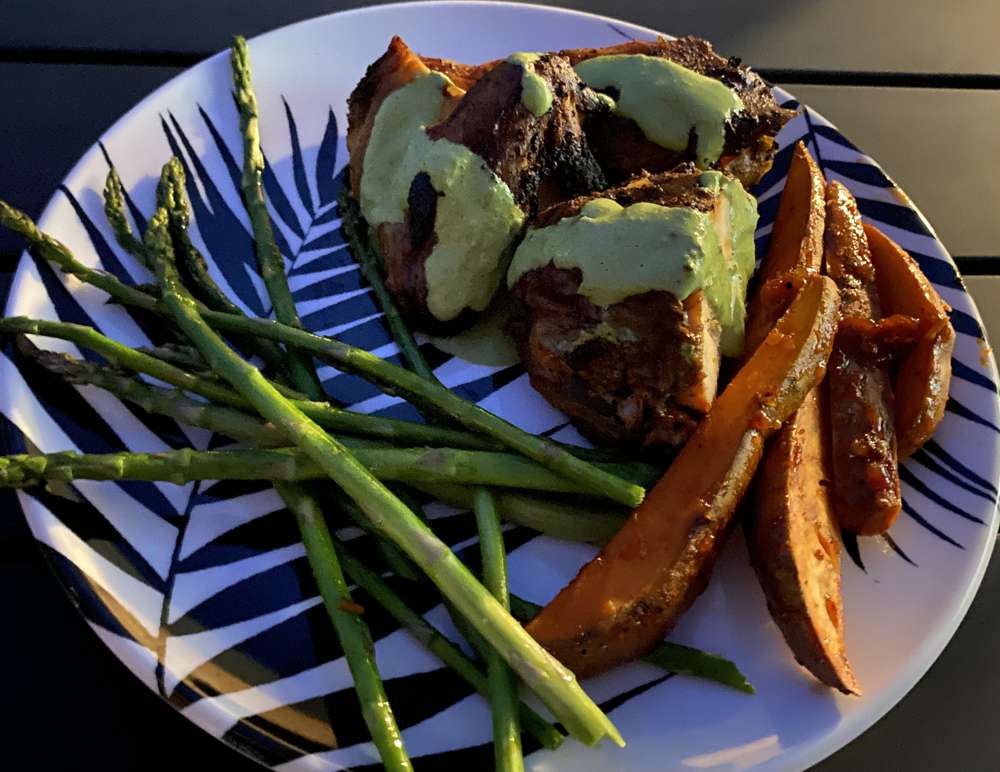