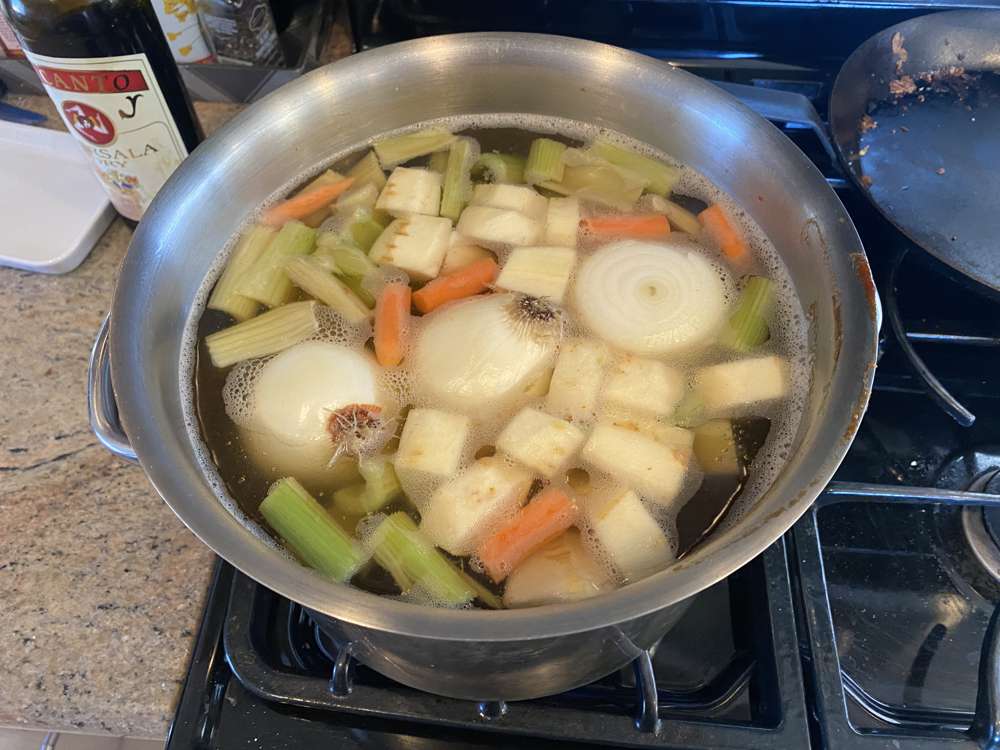 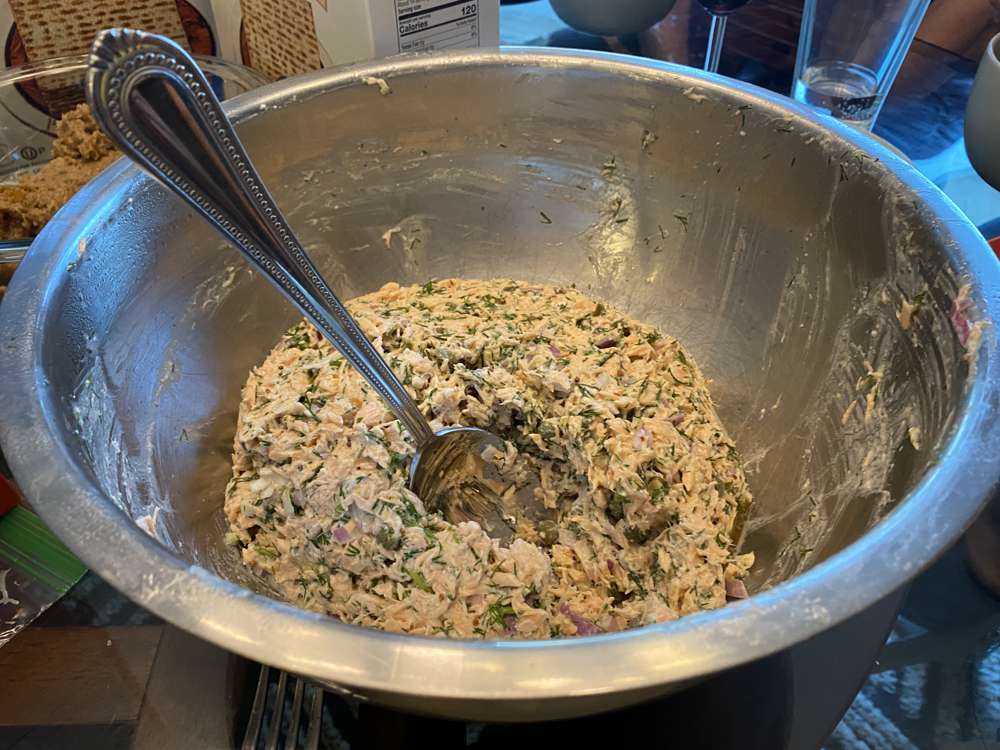 I made matzoh ball soup. Like last year, I simmered vegetables (whole onions with the root still attached, celery, carrots, and this time parsnips) for a really long time. I used Better Than Boullion vegetable base since Emily would be eating it. I have to say, I do not like that base as much as their other stuff. I ended up having to add a lot more and also add some soy sauce (not kosher for passover) and Worcestershire sauce. In the end, it wasn't too bad.

I also made Knaidlach (Matzo Balls). I read a few things and figured out that I could make my own matzo meal with about 2 sheets being 1/2 cup. I originally doubled it but I misread last time and used 2 tsp nutmeg already. So I decided to triple it.

I tried something different and (a) used the (2 oz) cookie scoop to make the initial shape and then I rolled them, and (b) I added them all at once. I do not think that was the cause, but they came out a bit dense and the inside was less colored, as you can see in the photo. Still very good though!

Meredith and I also made Fresh Dill Salmon Salad with about 3 lbs of salmon (so triple the recipe). I baked the salmon at 365 until it was 140° inside; about 20 minutes (checking more often). That worked well compared to doing it for less time at a higher temp. I stored it in a container for later which also make it easy to drain off more liquid and oil. It was a bit scant on the capers since it was all we had. Finally, we used shallots instead of red onion since we forgot to buy the latter.

The salmon salad was actually pretty good on matzoh! 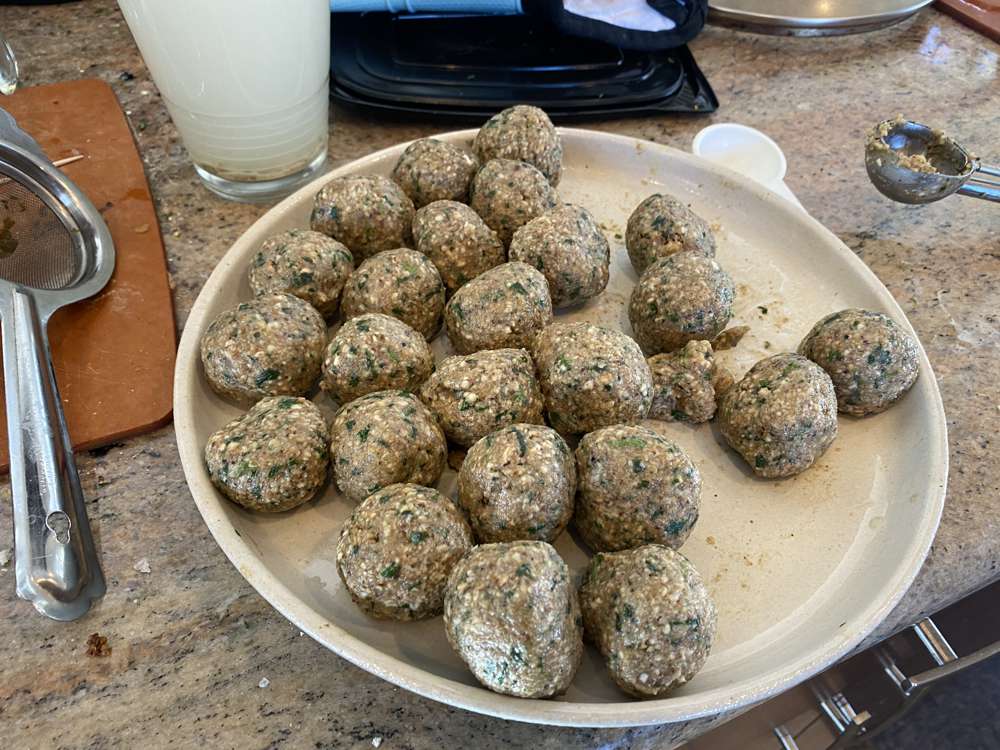 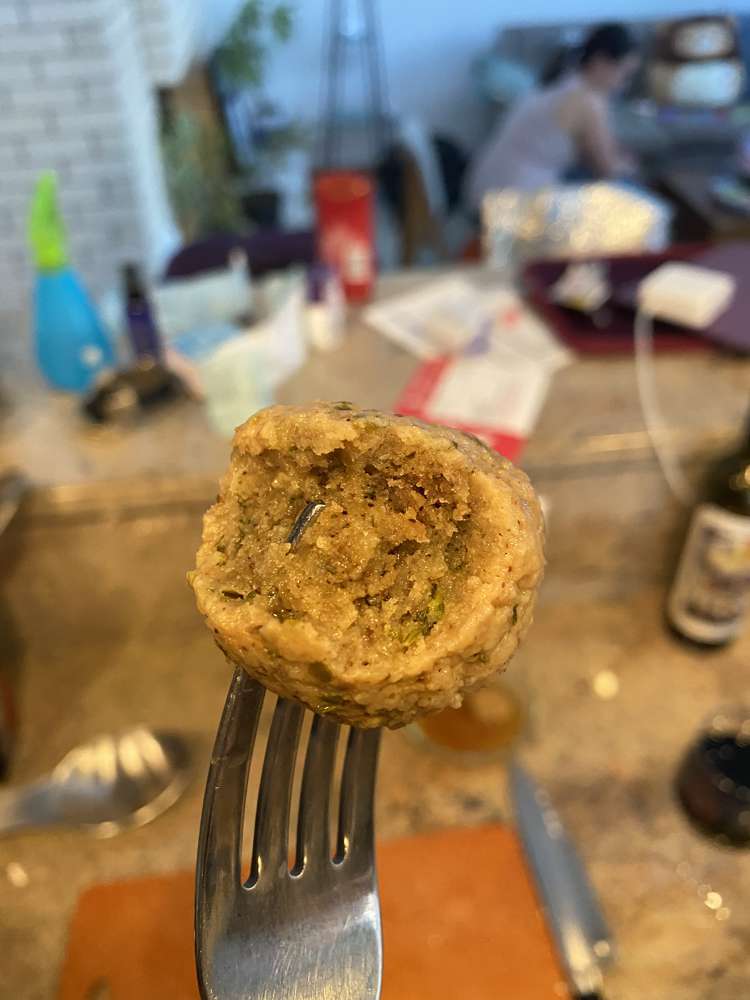