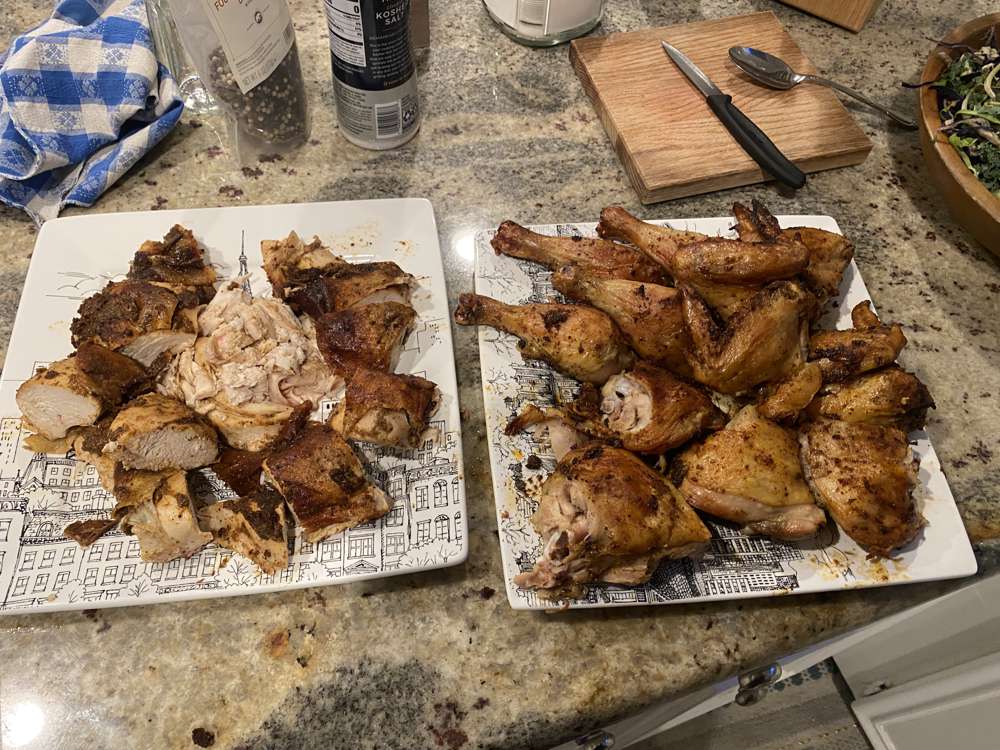 I made Peruvian-Style Roast Chicken & Spicy Jalapeño Sauce at Bill and Ann's house. I got two chickens at HEB though, despite being nominally the same, one had thick yellow patches on the skin and the other looked more normal.

I used the same spices as last time using whatever brands Ann had. I do not know if it was the different kosher salt (Morton's vs Diamond) but the whole thing came out a bit salty. Not bad by any means, but salty! Other than that, it came out really good.

Also, it didn't smoke like it did at our house. May be because it wasn't a convection oven so I will try ours without convection next time.

The sauce was also with no changes but when I was cutting the jalapeños, it smelled super spicy so I cut out all of the ribs and seeds. That made it not as spicy as I would have liked. I also probably went heavy on the cilantro.

Cutting it went well enough though I left a lot of breast meat on the bones. I ended up picking out a lot of the meat which you see in a pile in the middle. 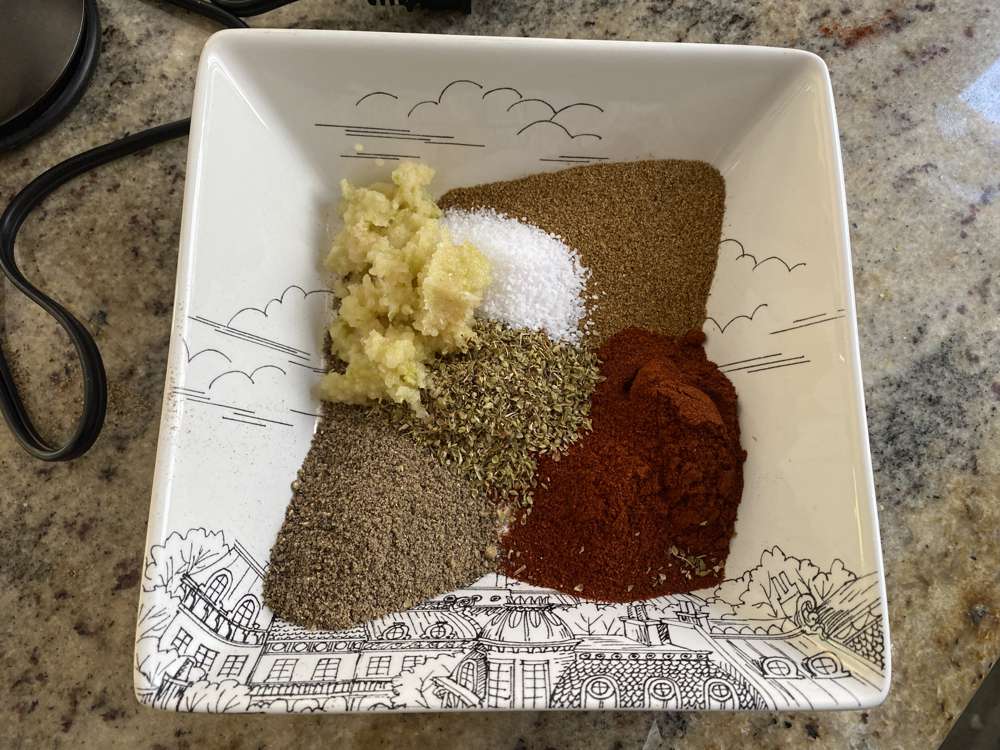 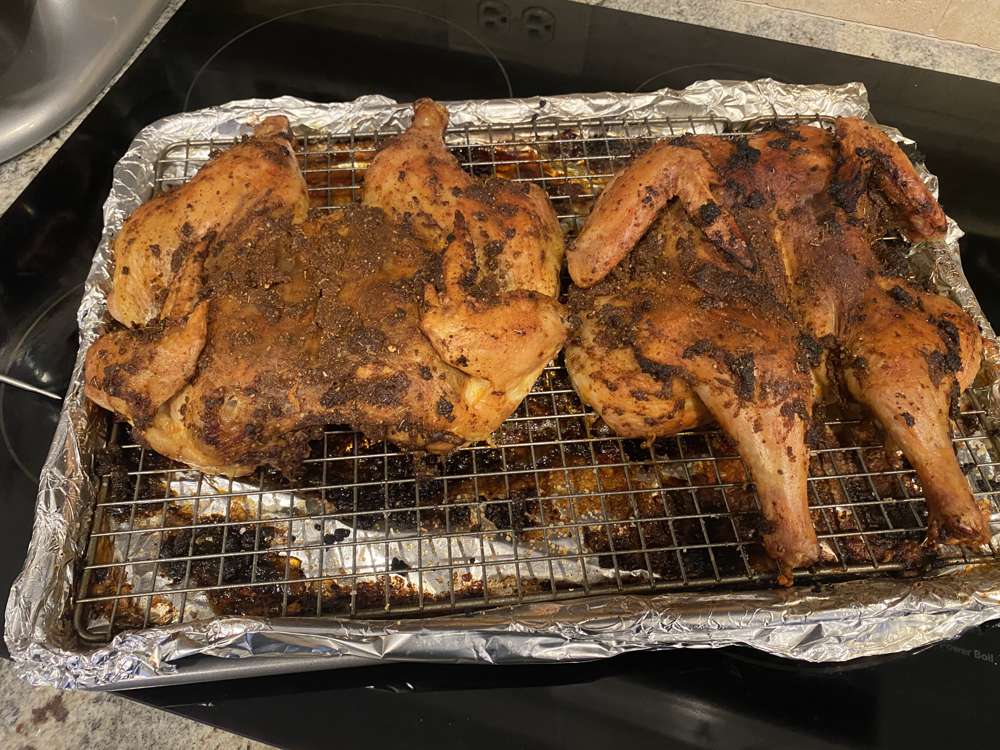