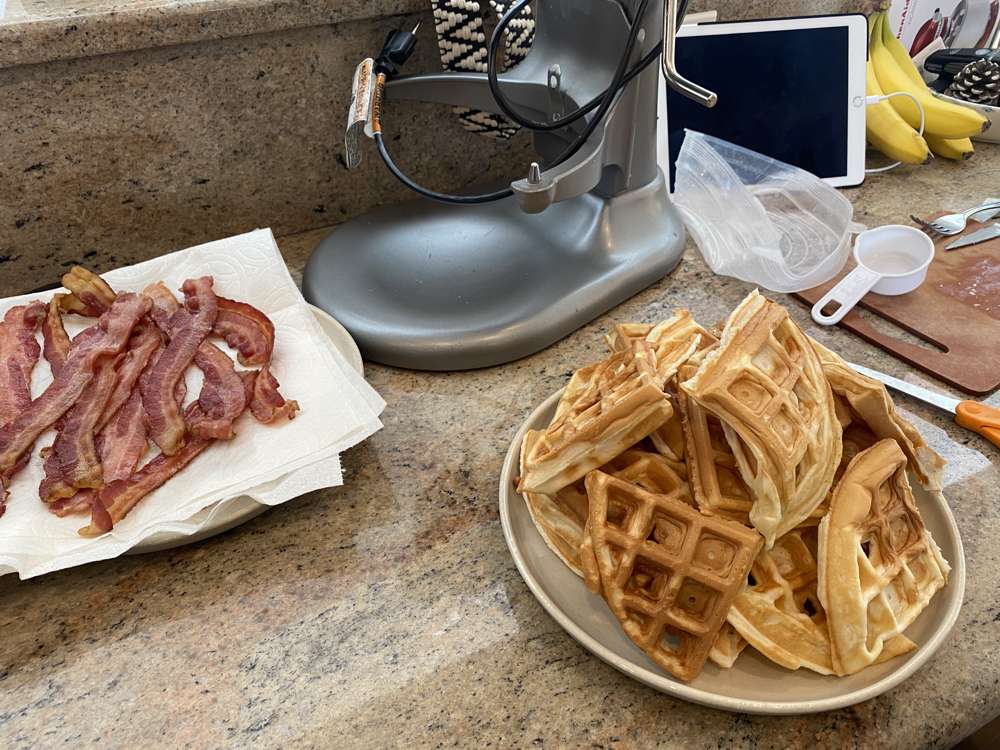 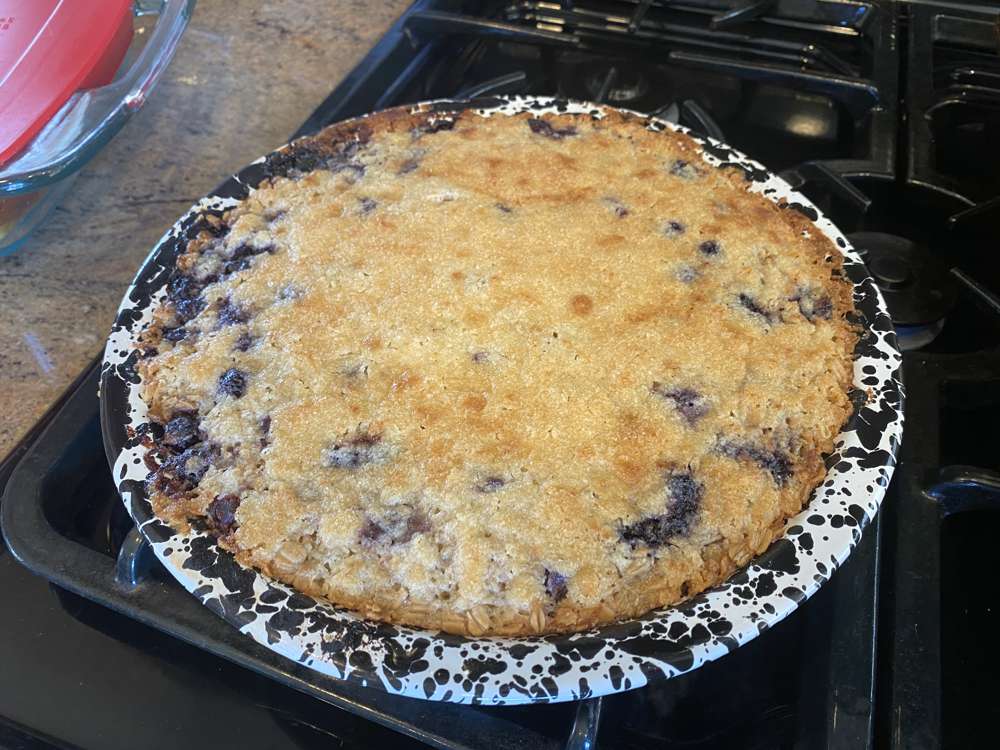 We had friends over for brunch. People brought stuff and Meredith and I made things too.

We made mochi waffles, baked blueberry muffin oatmeal, and bacon. People brought an egg-bake, fruit salad, and some (leftover) sopapillas.

We wanted to try to be gluten free but I've actually been wanting to make something like this for a while. I used Mochi Waffles [Keeping it Relle] as the starting point. The original plan was double it and also add 2 tbsp of oil (1 tbsp per recipe) and add 1/2 tsp of almond extract.

According to this site, that whole 1 lbs bag says is just over two cups. I suspect this was extra susceptible to measuring by volume vs weight.

They were wet but cooked up mostly okay. I had to premake and keep heated a bunch which didn't help. Some were nice and crispy, others were more chewy. But they were pretty good and different. Not as good as the Ube ones but not bad either.

Meredith made Blueberry Muffin Oatmeal [A Beautiful Mess] with using almond flour for the crumb coating. It was very good and very popular!

We also did it with frozen blueberries making it super easy!