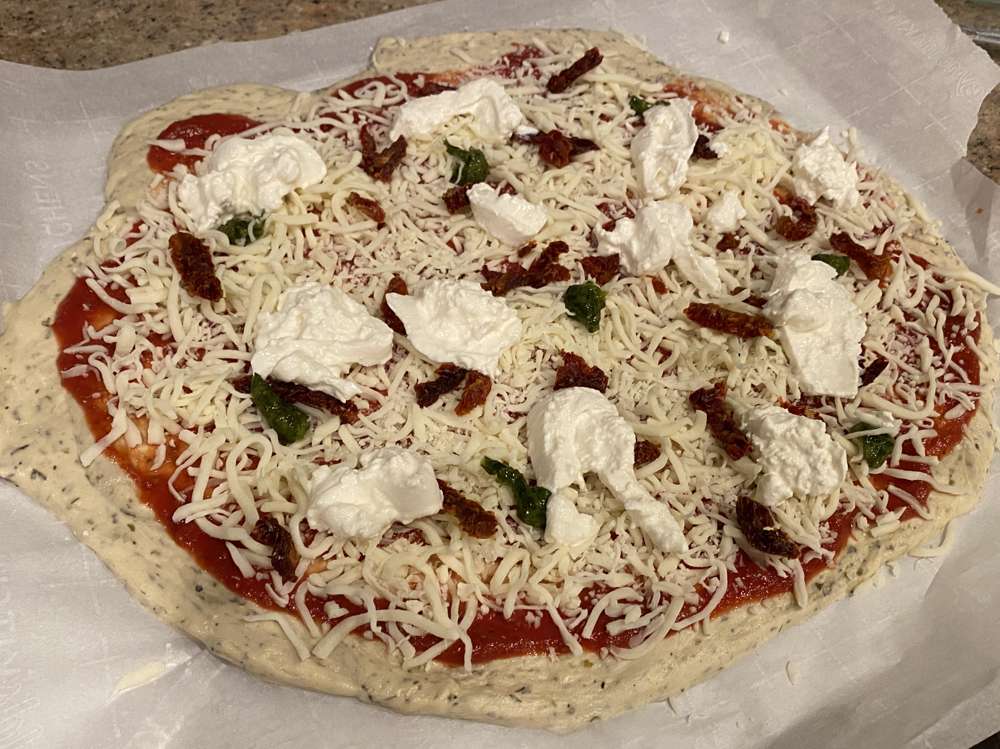 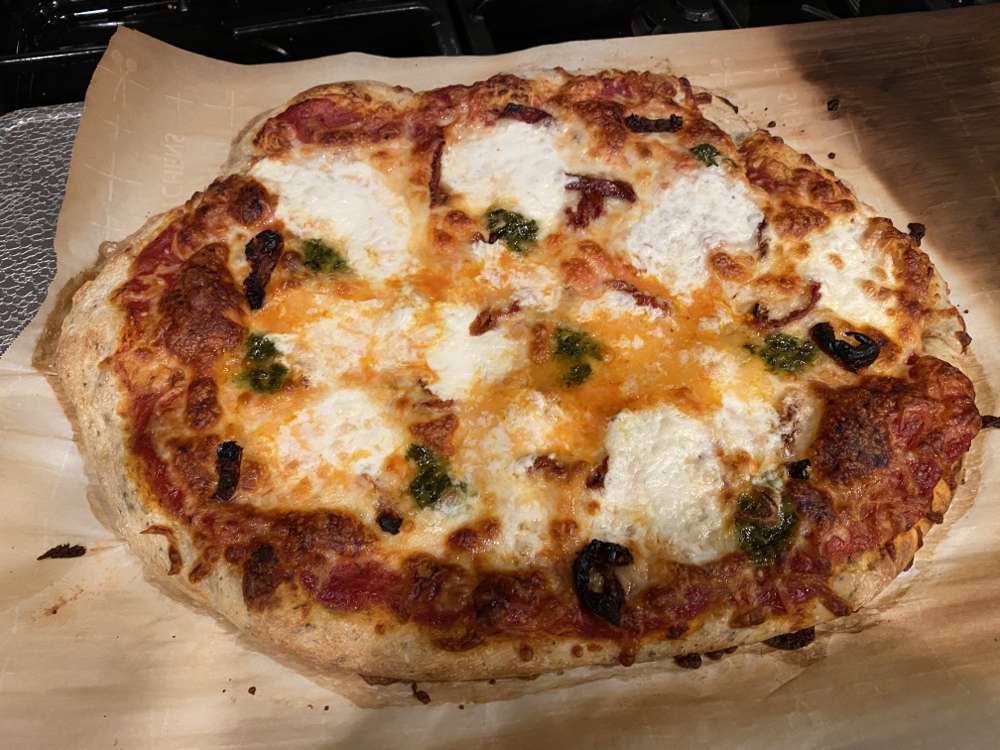 We made pizza using Trader Joes' dough. For toppings we had some burratta, sundried tomatoes, and "squeezy-tube" basil. The basil was a bit strong but overall, it was very good. I did resort to a rolling pin since I struggled to get the dough well rolled out. 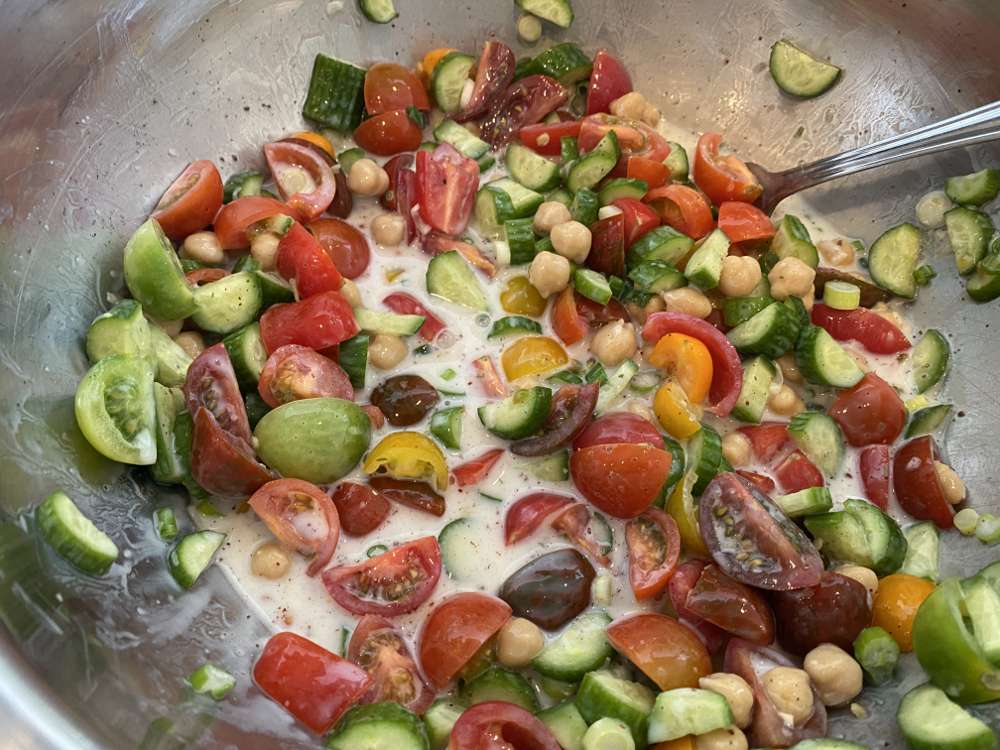 Meredith made fattoush except with chick-peas instead of any other meat. And we served bread (defrosted, toasted, ciabatta) on the side and dipped it in the sauce. 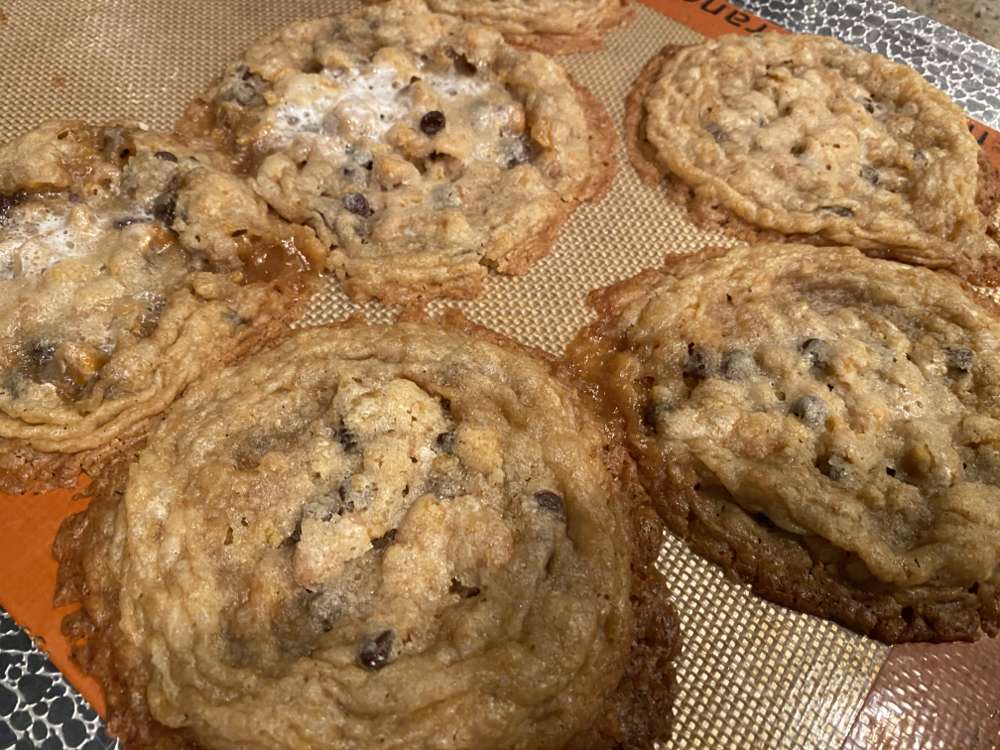 They were delicious as usual. They get a nice carmel flavor from the sugar and butter melting.

She also discovered that this recipe is quite different from the original Milk Bar one. She may try that one next time. 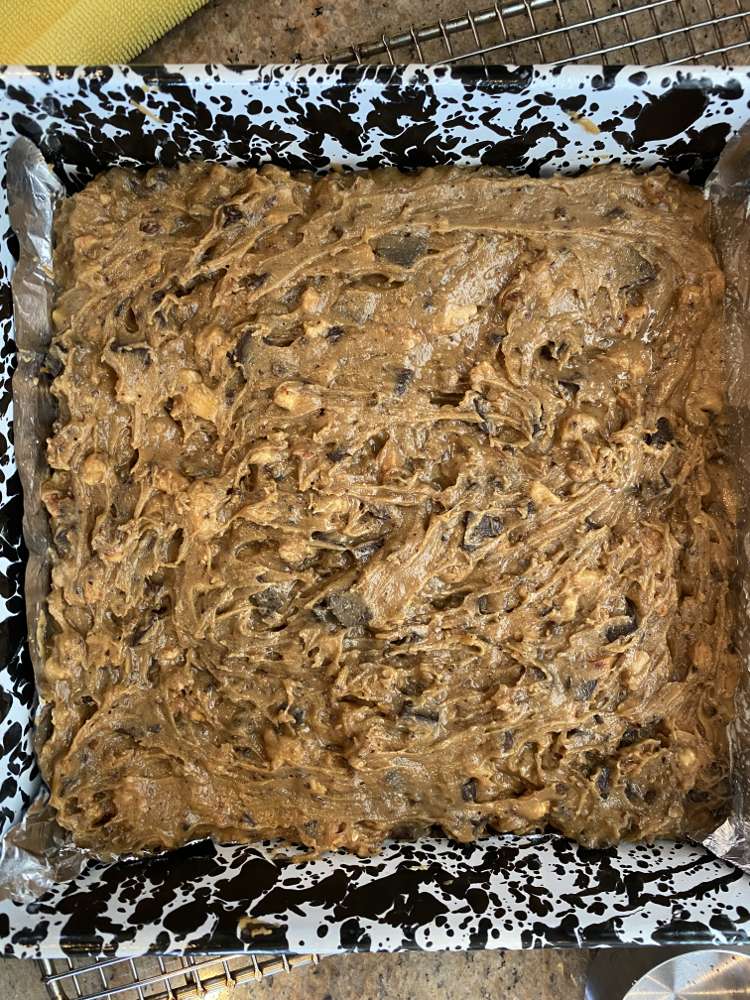 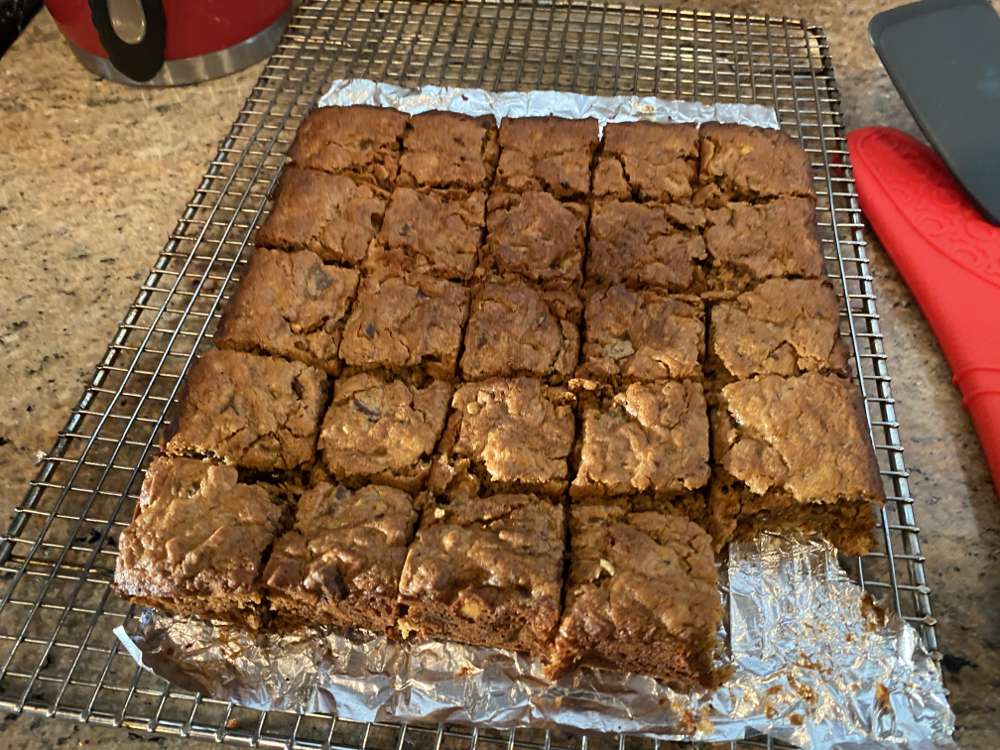 They weren't bad but they "weren't awesome" either. Also more work than they are worth 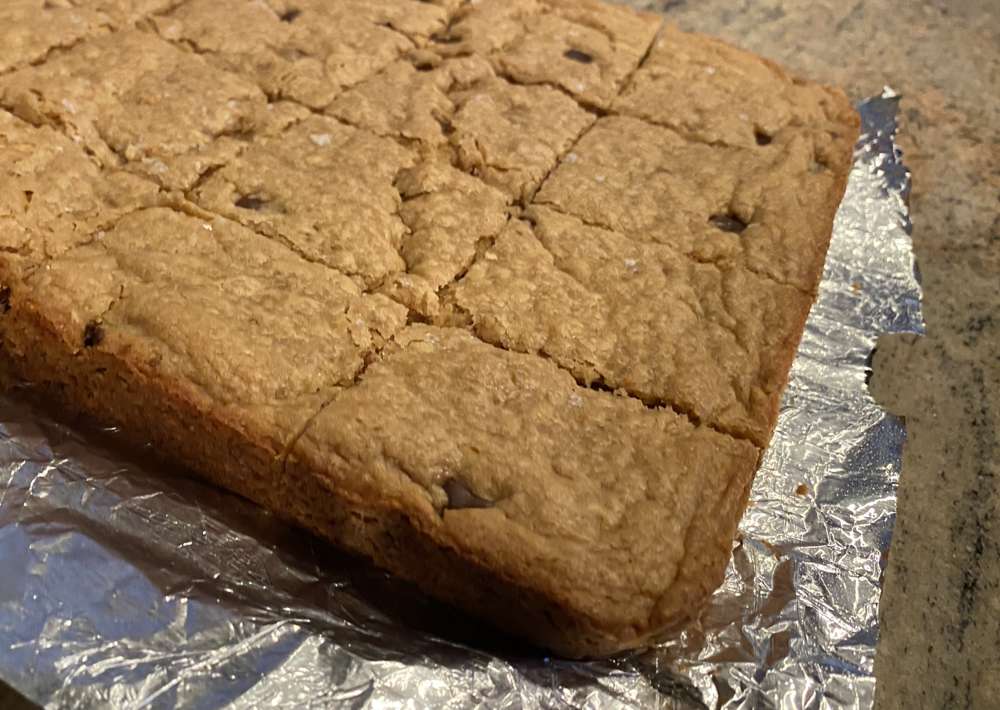 Meredith made Tahini Blonies from Washington Post (LOCAL). The only real changes were vanilla extract instead of paste, and she just used semi sweet chocolate chips since we that was what we had. 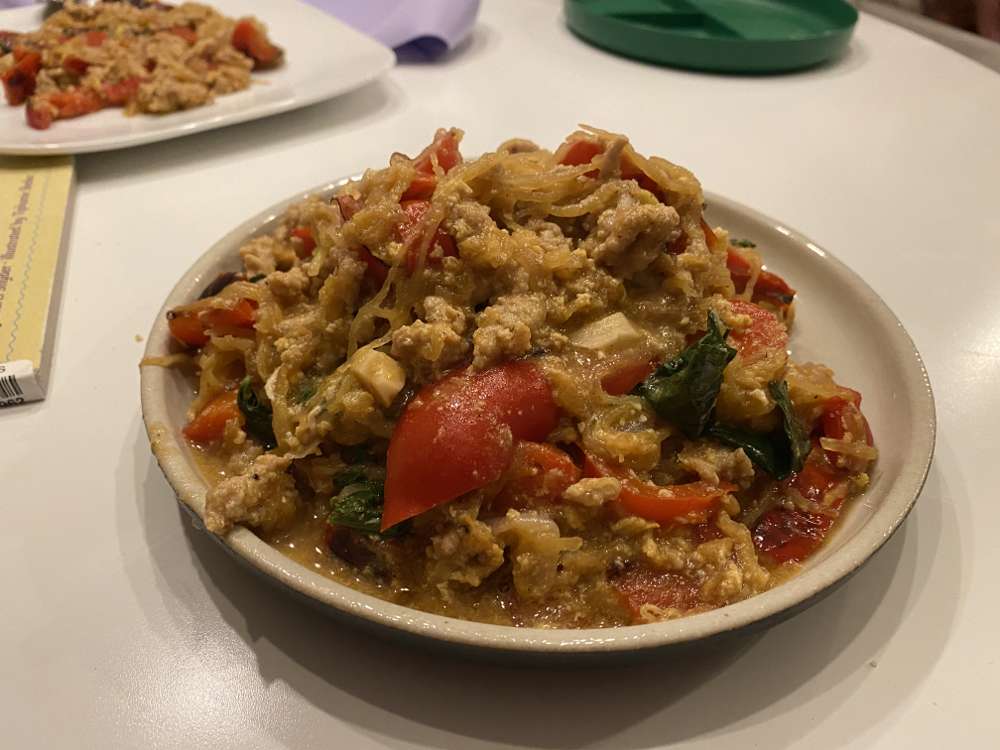 I made spaghetti squash Pad Kee Mao. I followed that recipe except I added spaghetti squash at the end instead of noodles. I also went slightly light on the fish sauce and heavy on the lime. I also did zero peppers since Caroline was supposed to have it for dinner too.

Despite that, neither Meredith nor Caroline were very interested in eating it. I still liked it though not as much as before 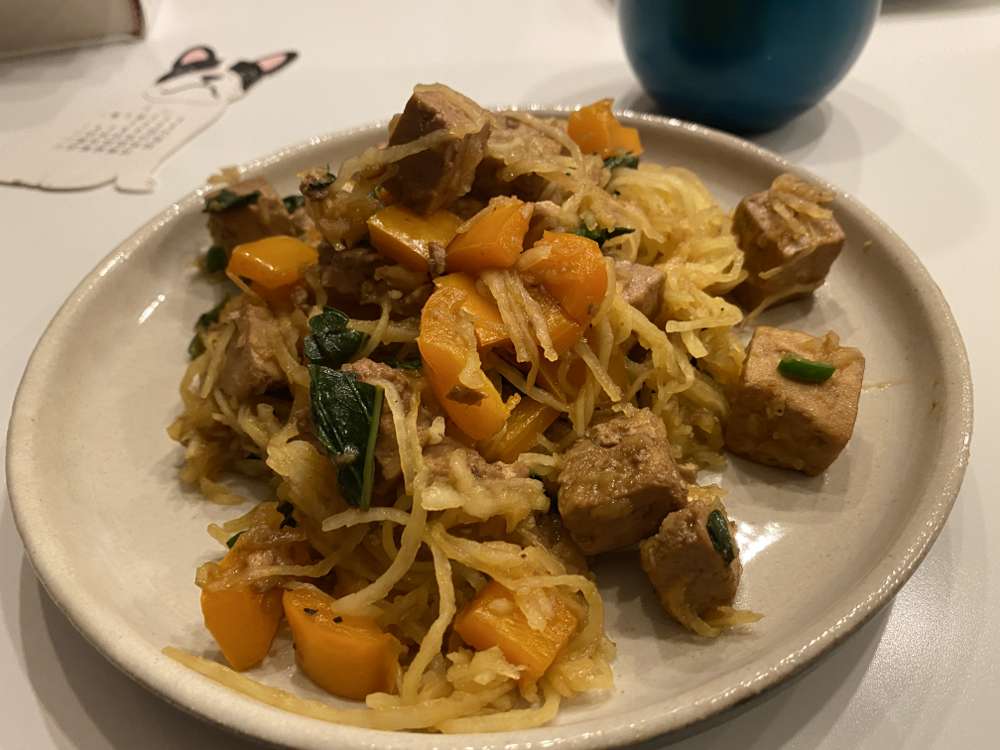 Meredith made Thai Basil Tofu from Shutterbean (LOCAL). The biggest difference is that she withheld the peppers until the end after removing some for Caroline, and also used serrano.

It was okay. Certainly not bad but could have used more flavor. That may be also because we used spaghetti squash instead of rice and that absorbed more of the sauce. She also used soy sauce instead of tamari but that shouldn't have made any difference 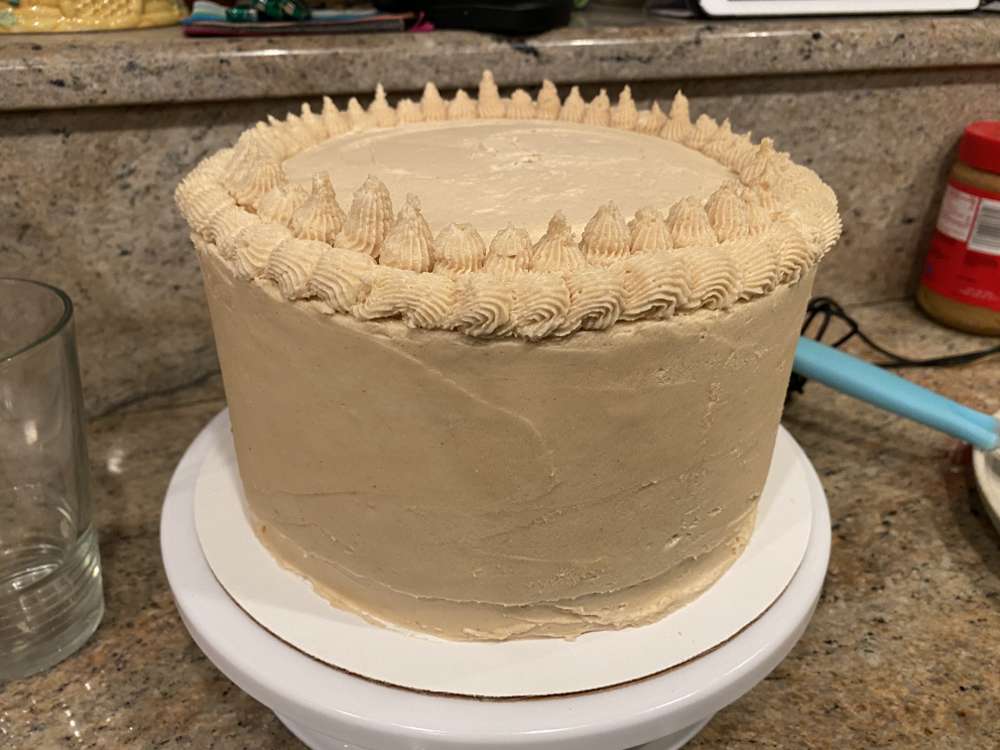 The theme for this week's "Gluttonfest" was "Soups, Salads, and Sandwiches" so Meredith made a PB&J Cake. She used the recipe from Cakes by Courtney (LOCAL -- including a PDF of the site and the video).

So far my only note is that yesterday it creaming the PB and butter together seemed like it would have worked better if I did the butter first and then added the PB. So I did that today for the frosting. Worked well. Less critical for the cake than the frosting.

Also I think she went a little heavy in the jelly between layers because it’s a bit wobbly.

The end result was pretty dry and, despite using a lot of jelly, the jelly flavor was kind of lost in the cake. We will not likely use this cake recipe again though the peanut butter frosting was very well recieved. 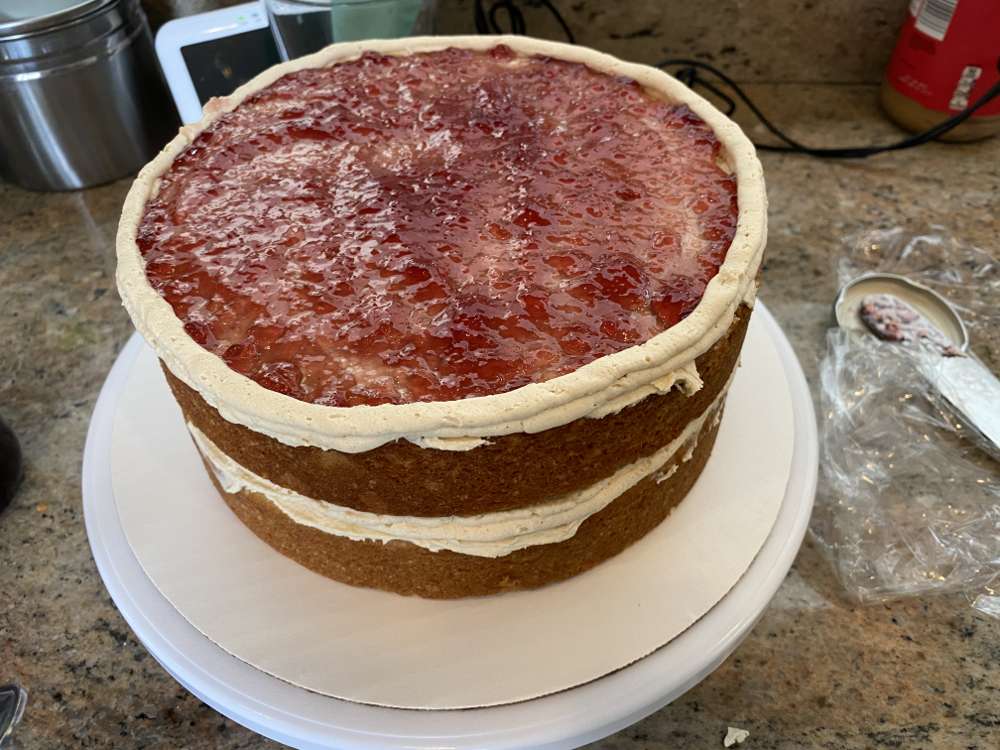 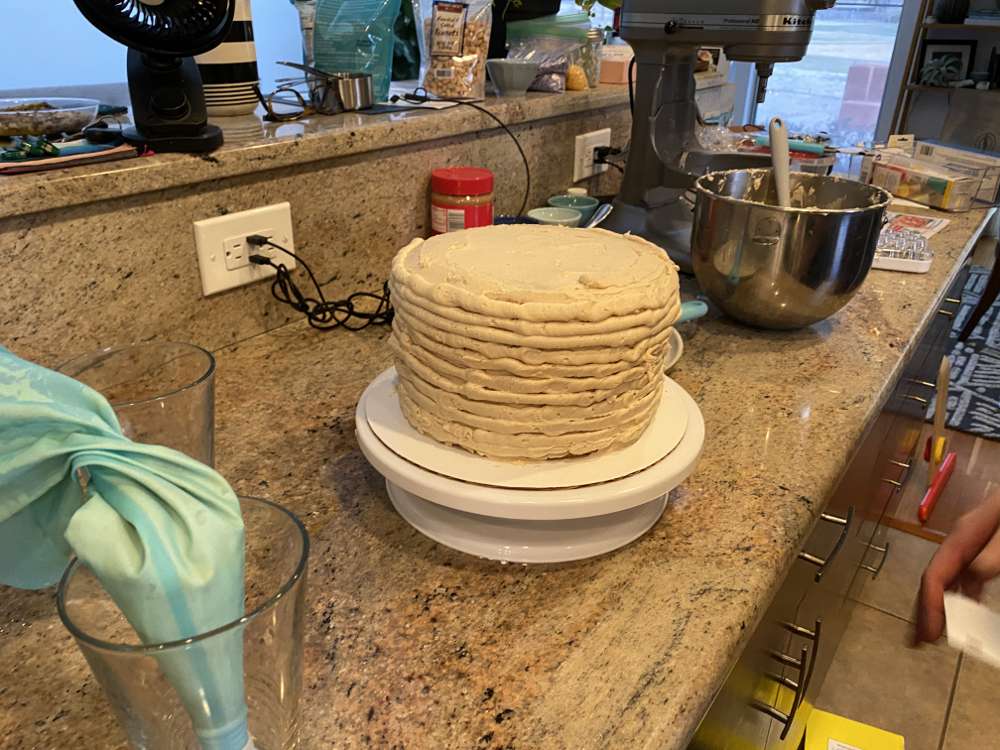 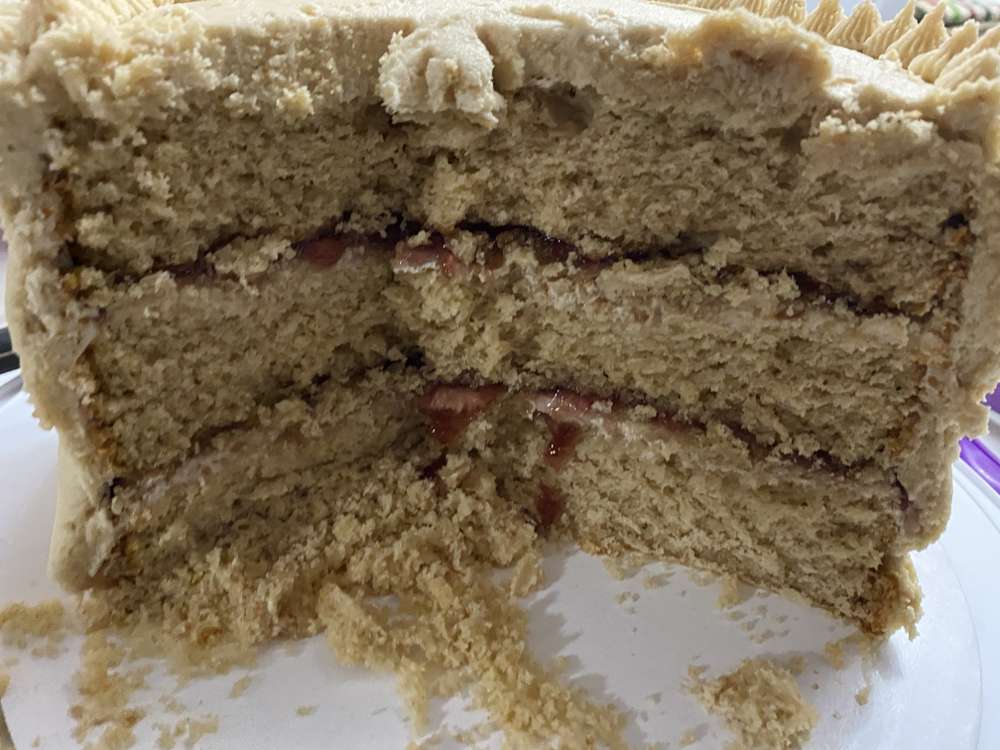