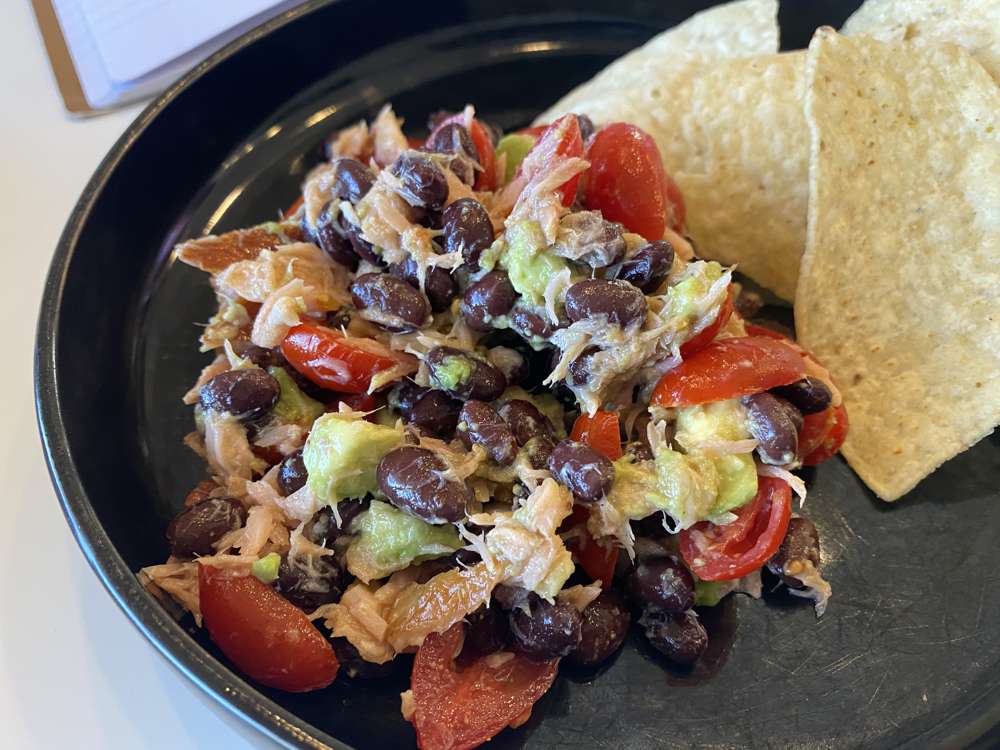 Meredith made smoked salmon black bean salad. She doubled the recipe except the black beans. Also no cayenne.

It came out a bit limey but still very good. And easy! Even Caroline ate it! 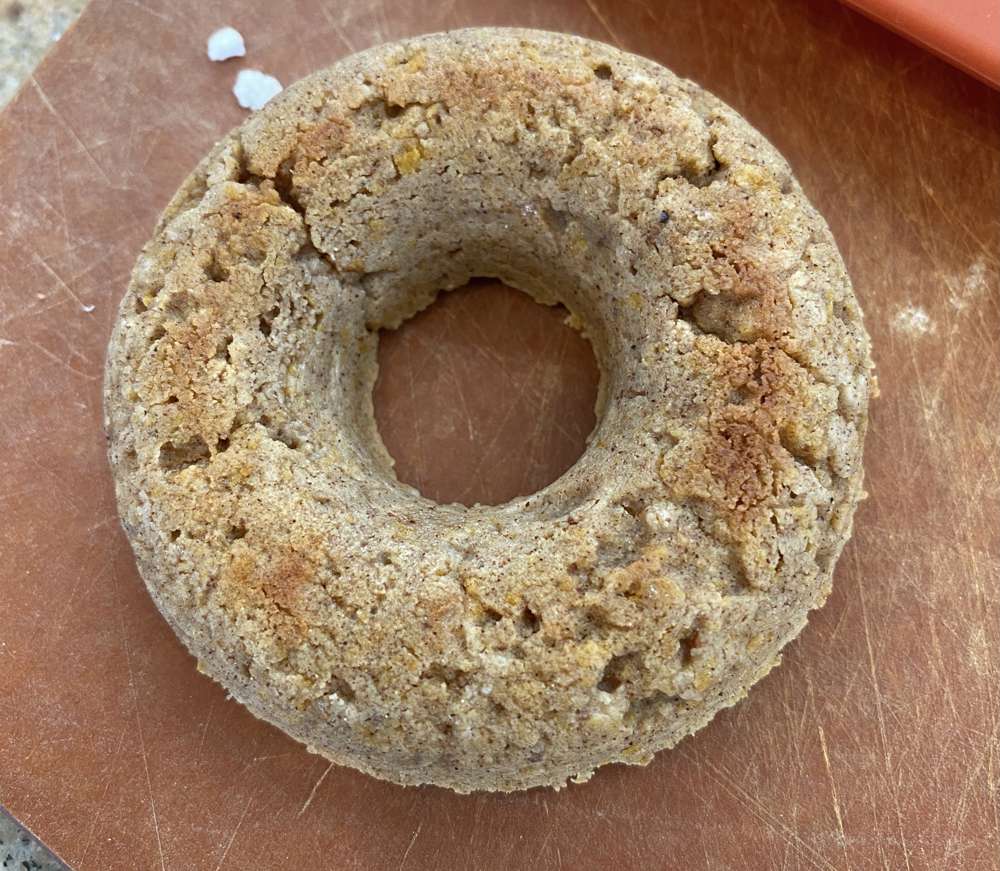 Meredith made Maple Pumpkin Donuts from Tone it Up

Her notes: Made these with olive oil for coconut oil and brown sugar for coconut sugar. Not sure what makes them maple. Pumpkin spice donuts would be a more fitting name.

There is a note to use Maple Frosting but no link. 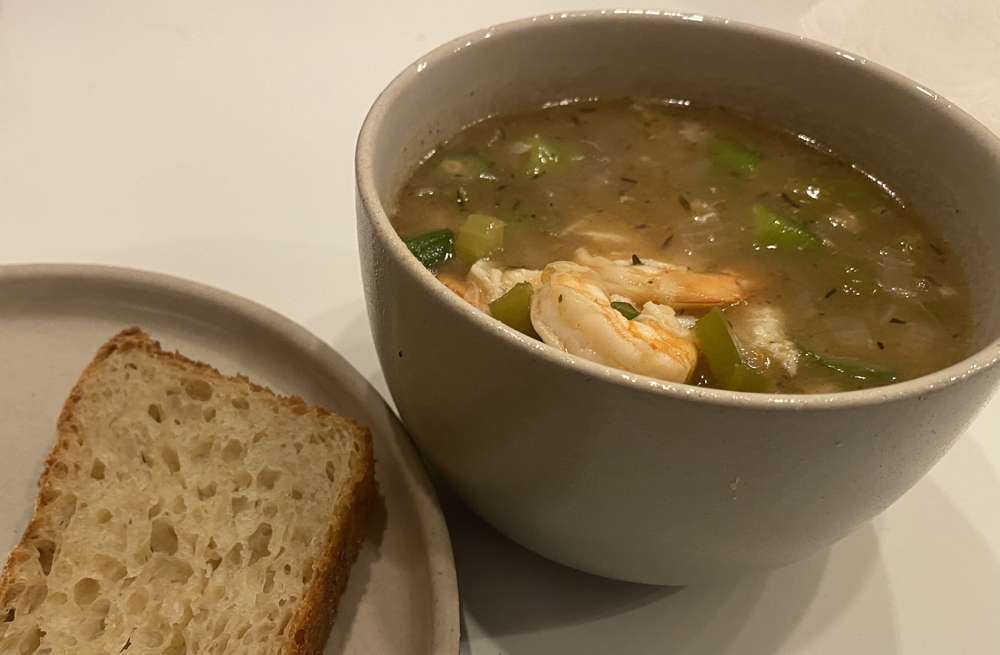 Meredith made gumbo from Granbaby cakes (LOCAL). She followed the basic recipe except went a but short on some of the "meld" times. Her other notes:

It was pretty good. Maybe a bit thin but it was flavorful 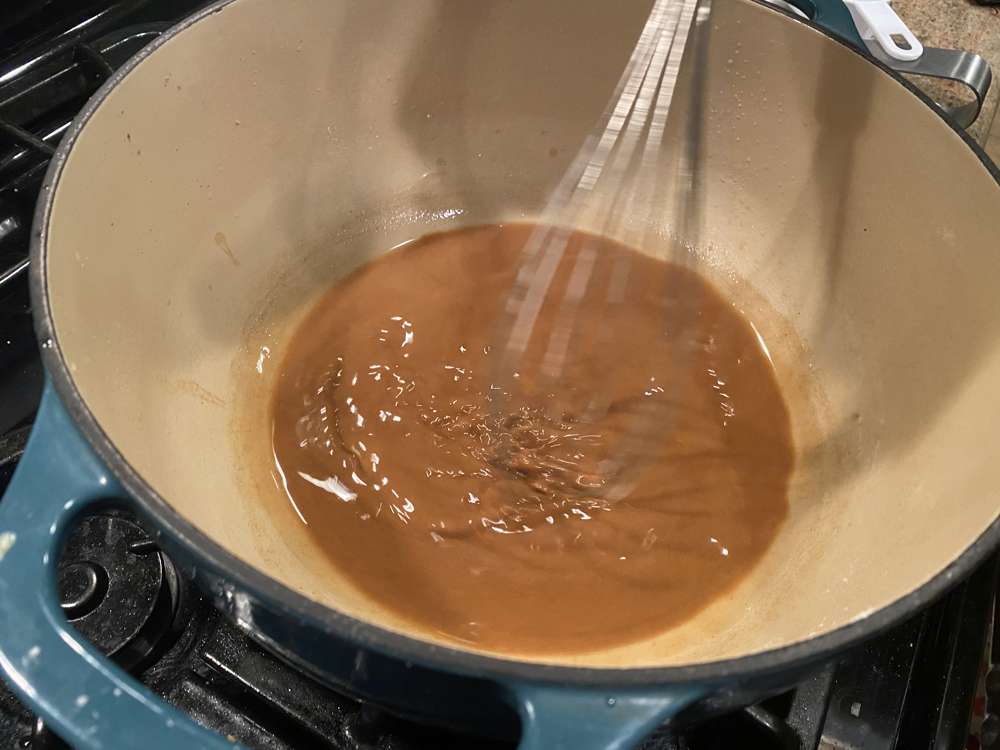 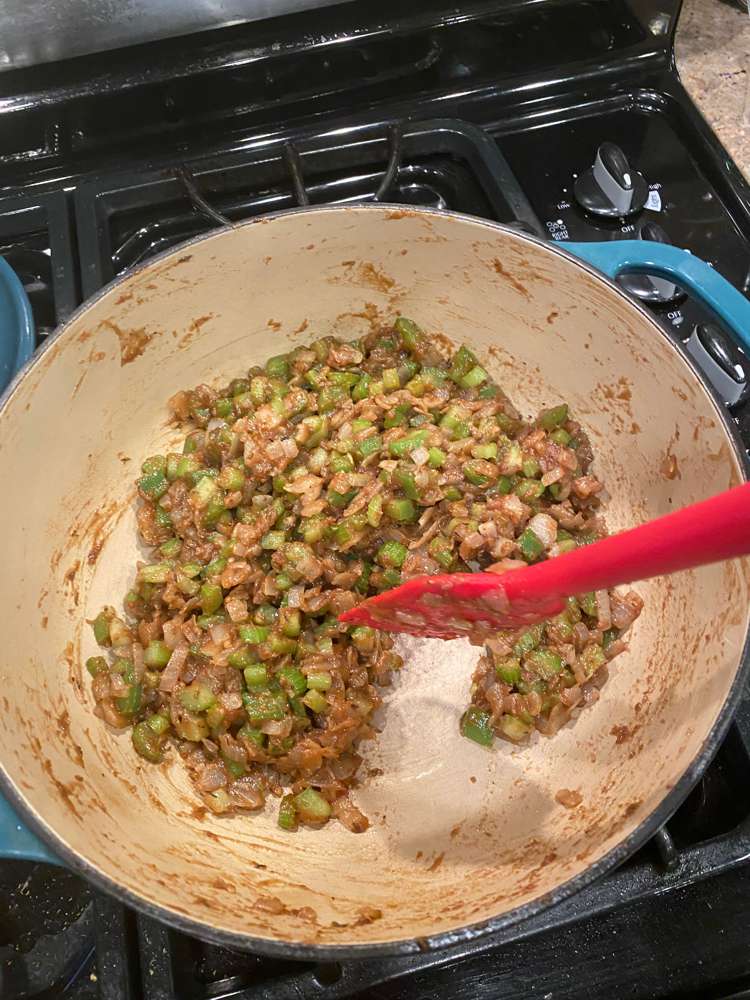 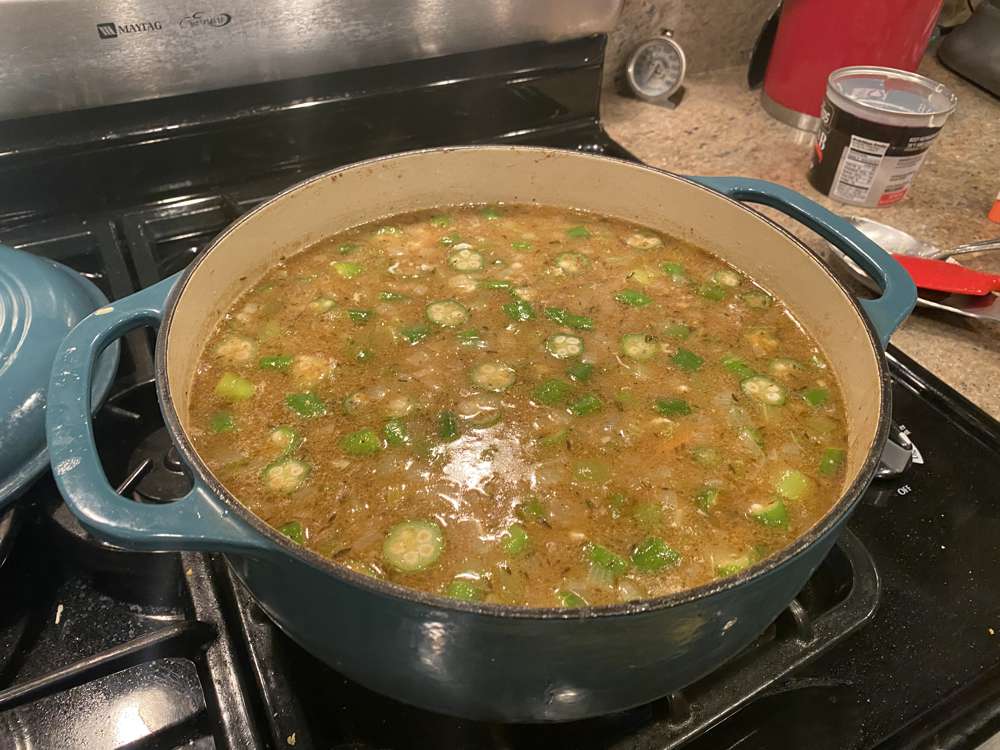 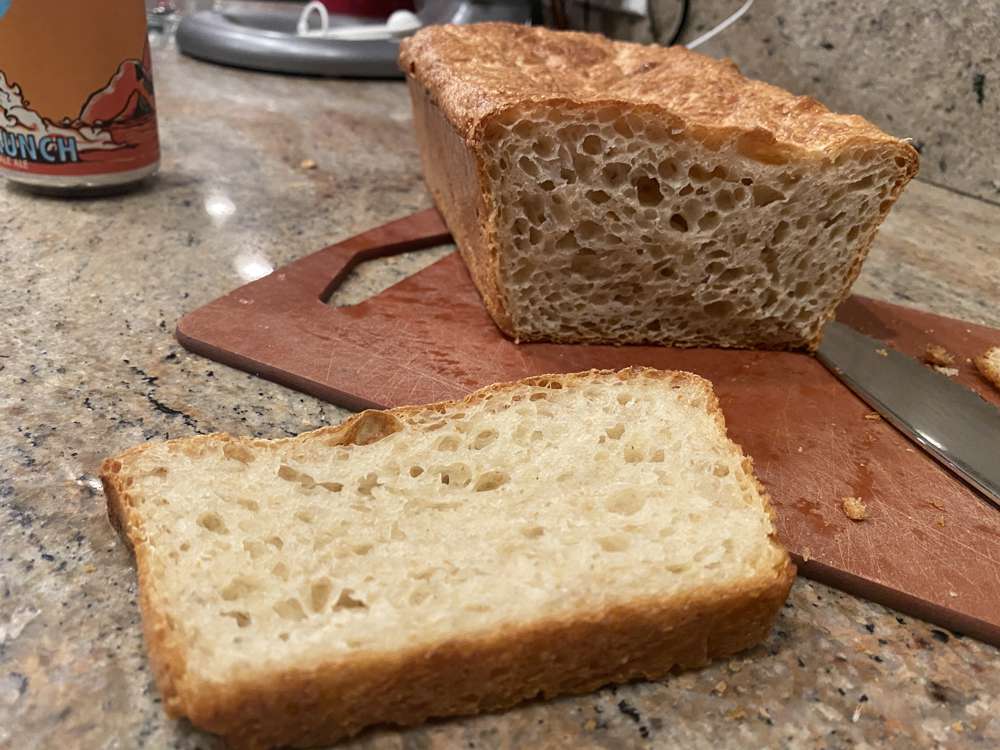 I tried to make the Easy Sandwich Breach from America’s Test Kitchen. I followed the recipe except it rose really fast and, despite the dire warnings, it let it hit the plastic wrap. See the picture.

It still seemed to rise well except it didn't dome! I cooked it to 201.6°F and I forgot the butter at the end.

When I cut it, I was surprised to see a super springy structure that is , not-at-all like sandwich loaf! It did taste pretty good but (a) is nothing like I was expecting1 and (b) was kind of rubbery. I do not think I would rush to try this recipe again. But if I did, I would be really careful about the plastic. 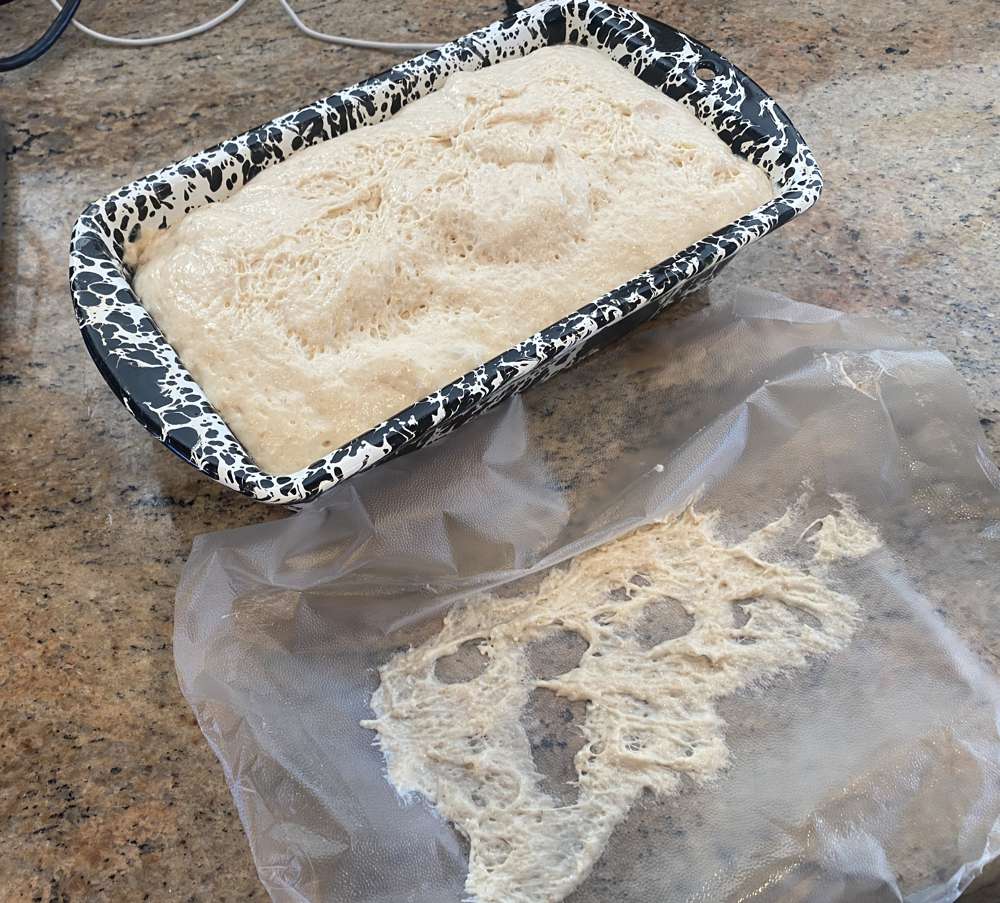 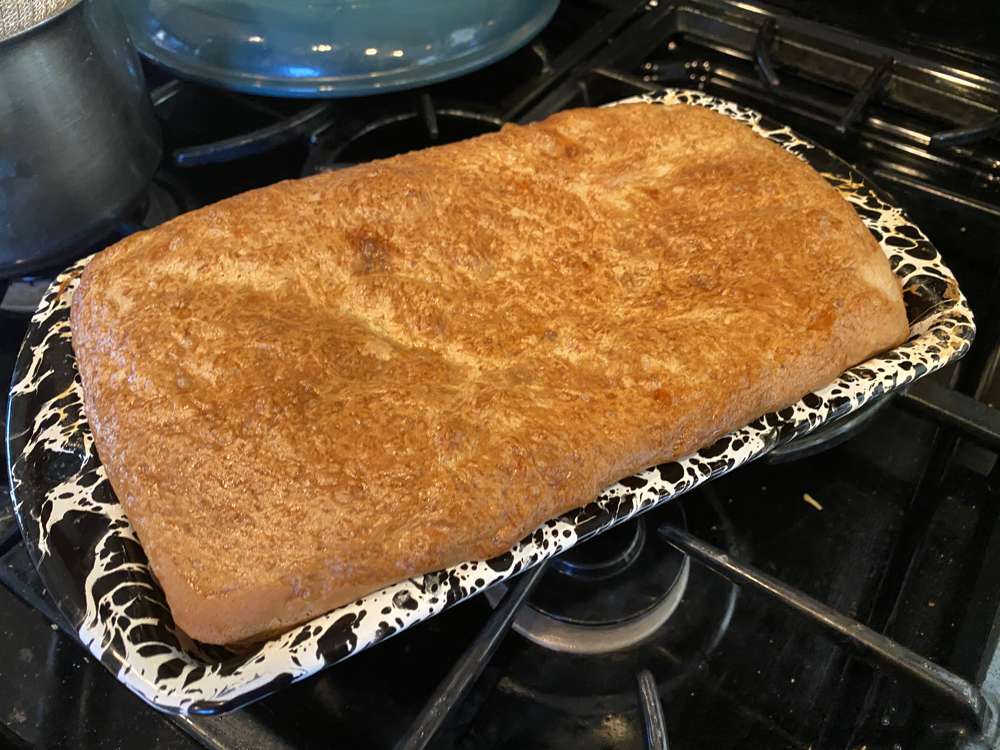 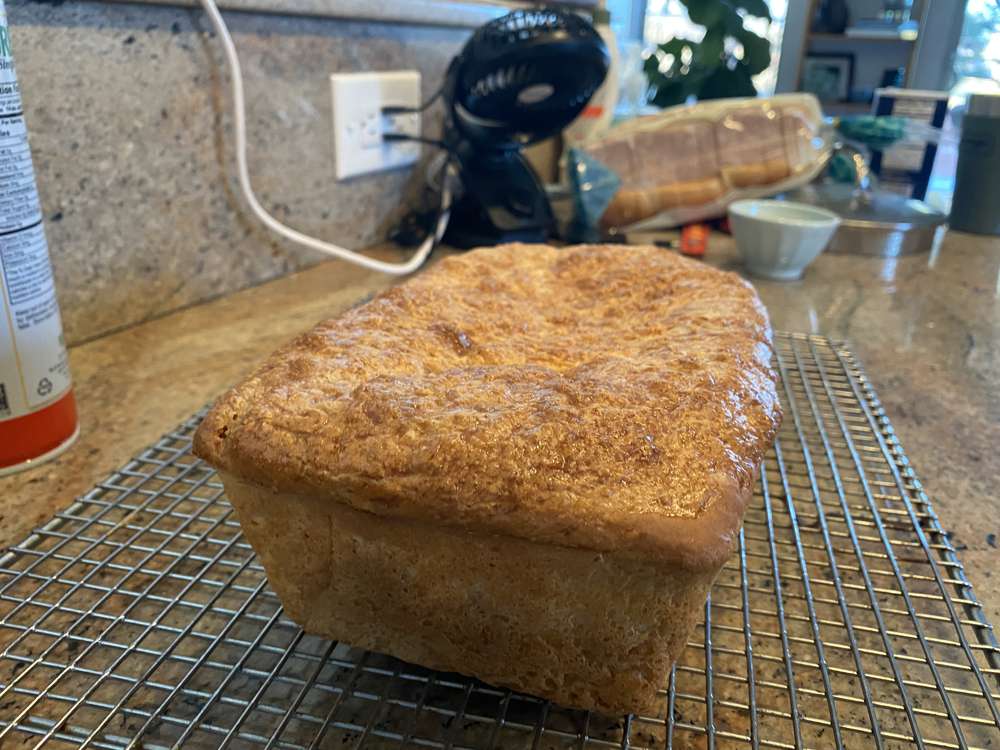 Meredith made Iced Masala Coffee from Cook Republic (LOCAL). She used cinnamon instead of clove and a 3rd party (decaf) Nespresso Pod for the espresso.

She thought it mostly had a taste of the coffee and not so much the syrup. 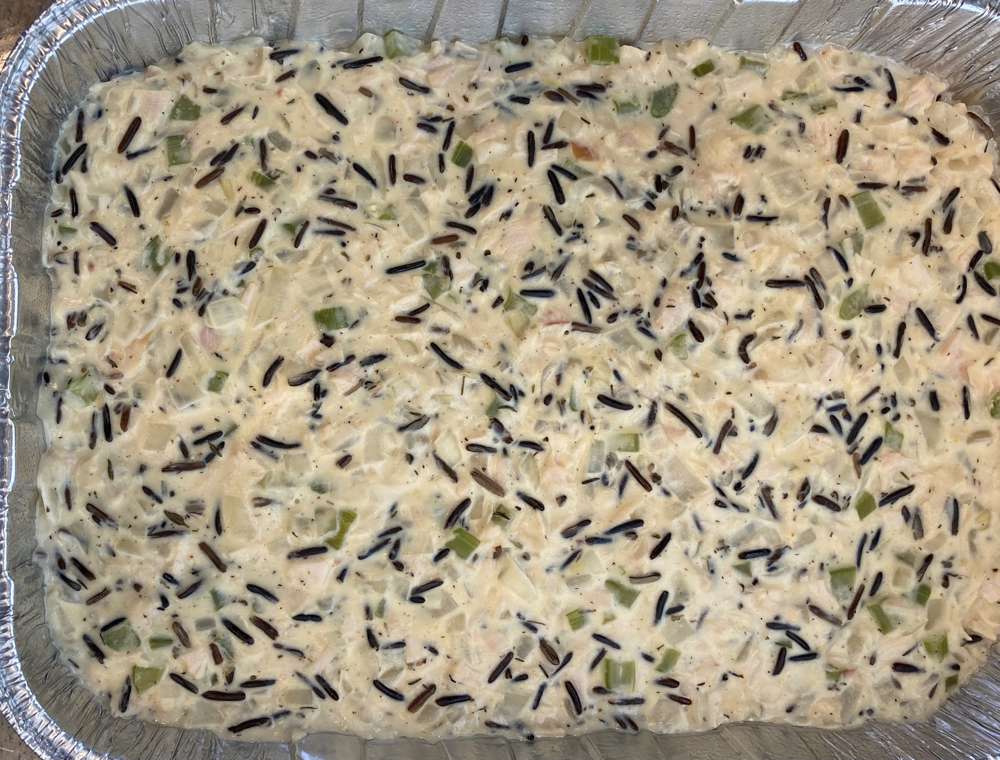 Her notes: I doubled the wild rice, subbed half and half for heavy cream, and went a little heavy on the salt. Sharp Cheddar for the cheese.

We are freezing it for later 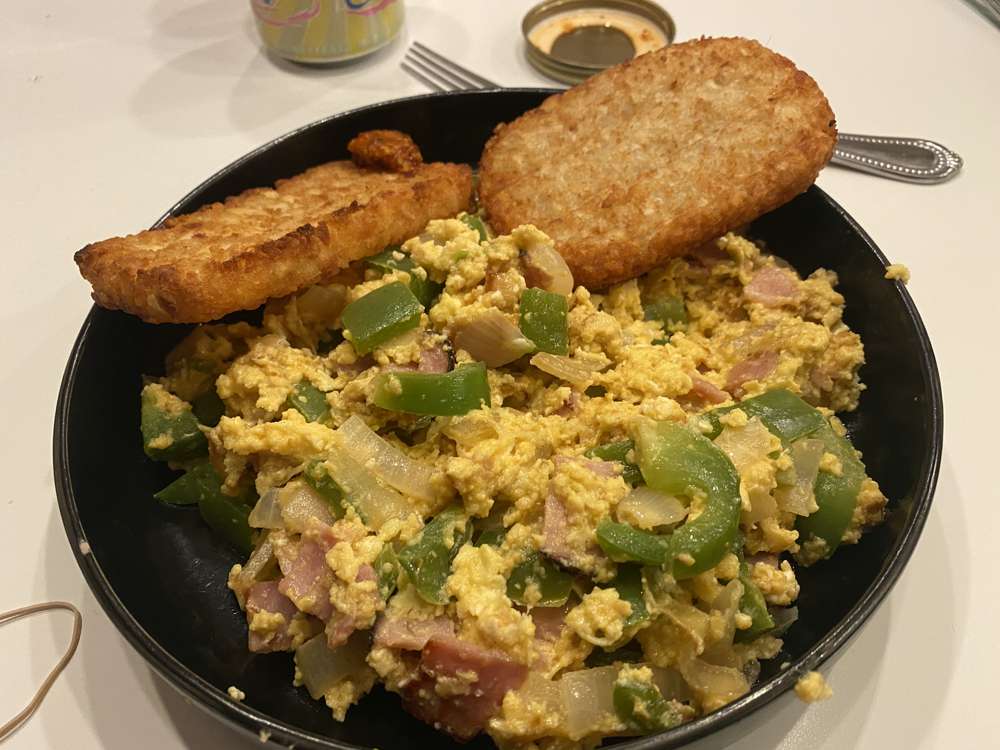 I threw together Denver Scrambles again for dinner. I used sliced deli ham since we didn't have the big bits from a spiral-sliced ham. Otherwise, it's just green peppers, onions, ham, and cheese.

They were pretty good! And easy! 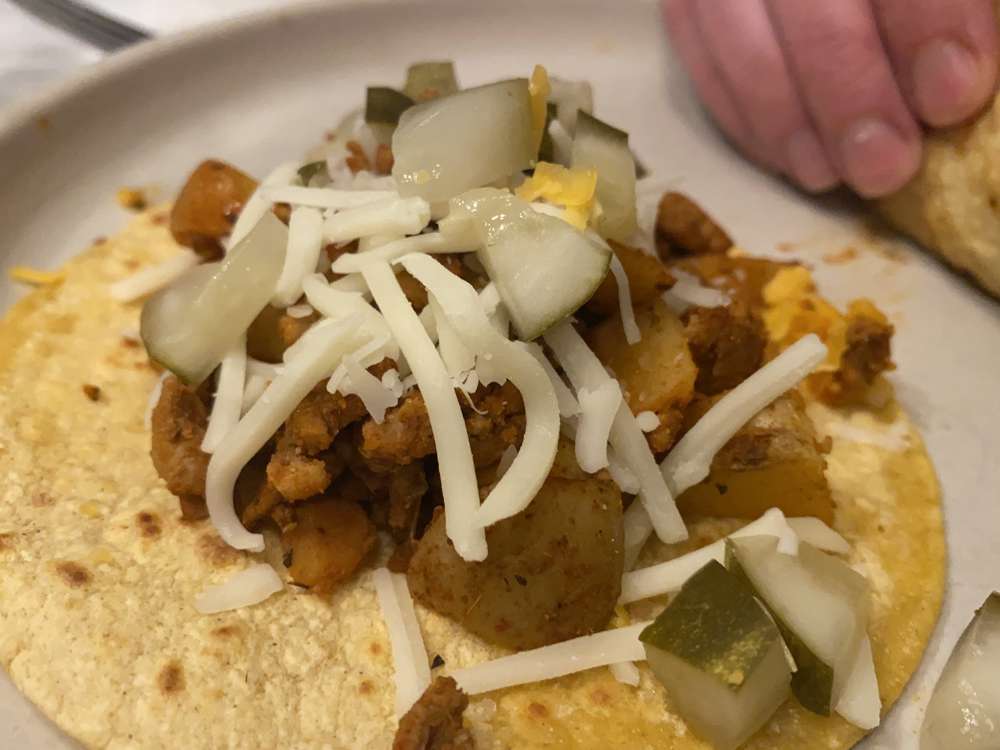 Meredith make turkey pickle and potato tacos. She followed that basic recipe but the potatoes (which were "waxy" and not russet) didn't want to mash. So she cut them into bits.

I heated corn tortillas on the cast iron with a bit of oil and salt.

It was pretty good as usual. Odd to mix pickles and tacos but worked well!