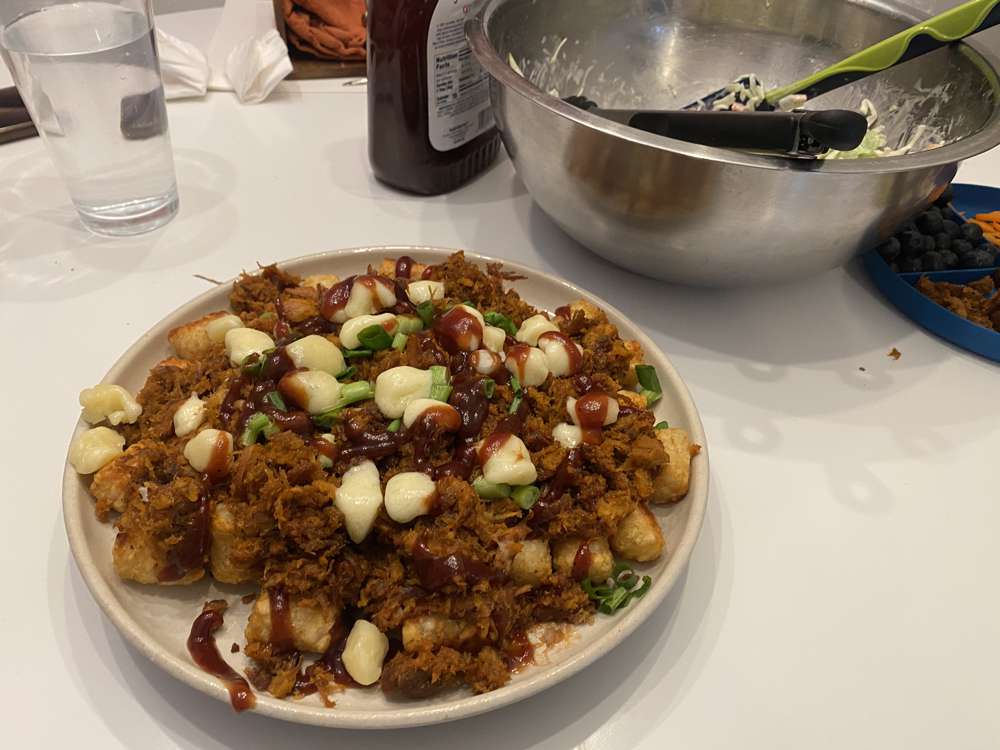 We made something resembling pulled pork poutine. We used a serving of pork from 2022-05-08 and did it on tater tots with BBQ sauce (not BBQ sauce gravy) and the pork (which was reheated with mixed with BBQ sauce). It was super tasty as you'd expect!

Meredith also made coleslaw with her normal (noted) changes 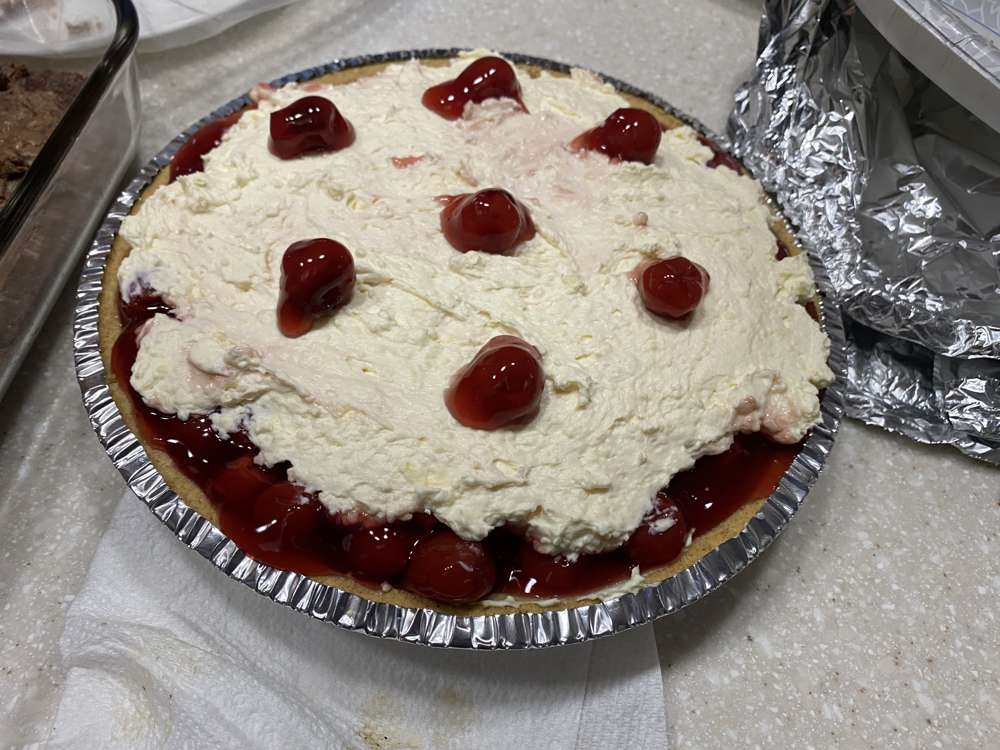 We are calling this "Pregnancy Pie" because it came from Meredith's random pregnancy craving. We later realized she was thinking of Cherries in the Snow but she made this instead. 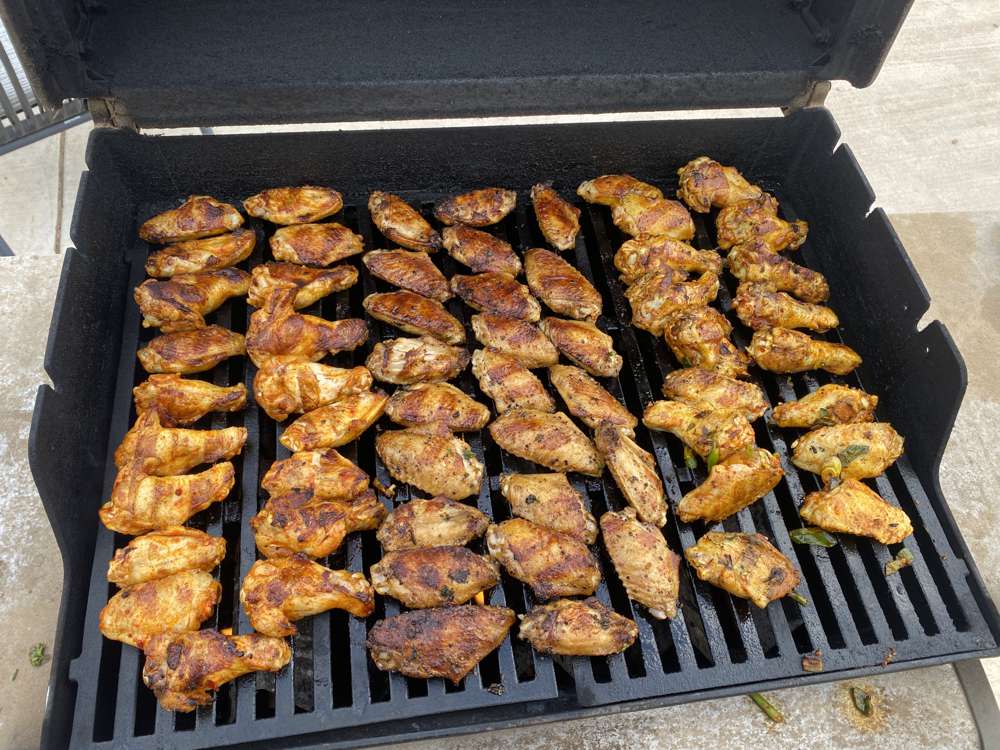 Barely counts here but I made about 7 lbs of wings. They were from Sprouts so I just grilled them. Delicious as always. 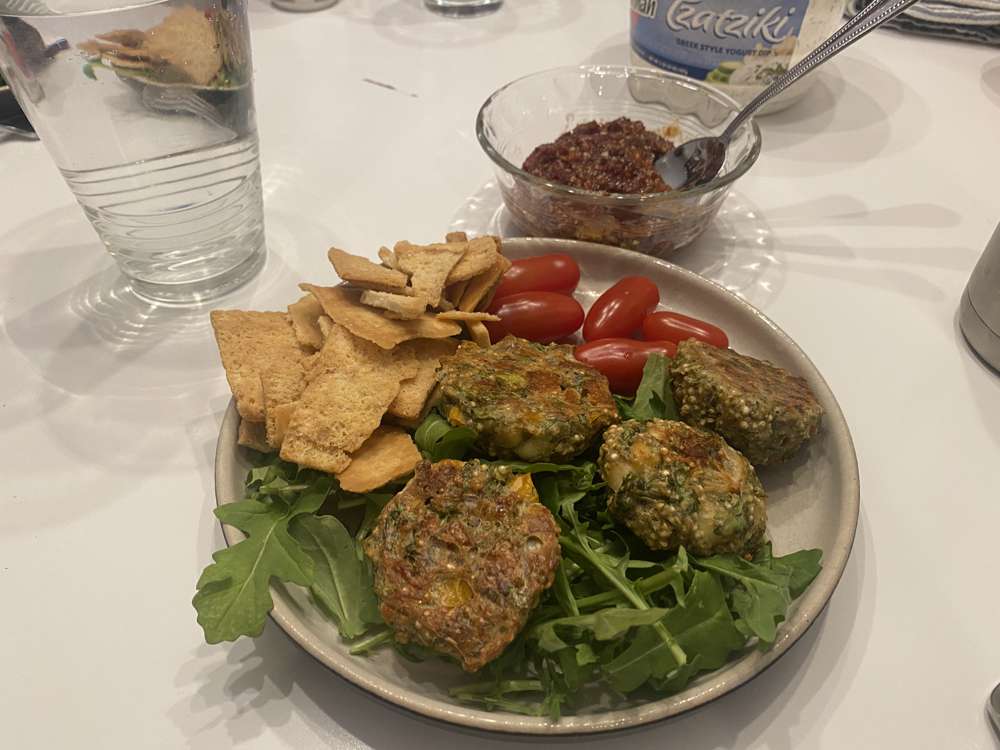 Meredith made Quinoa and Halloumi "Keftedes" [Souvlaki for the Soul]. She used some similar changes as last time including

Meredith also made the dip this time (and I added it to the recipe).

I wasn't a huge fan of the dip but I really liked the keftedes! The flavor was subtle but really good! 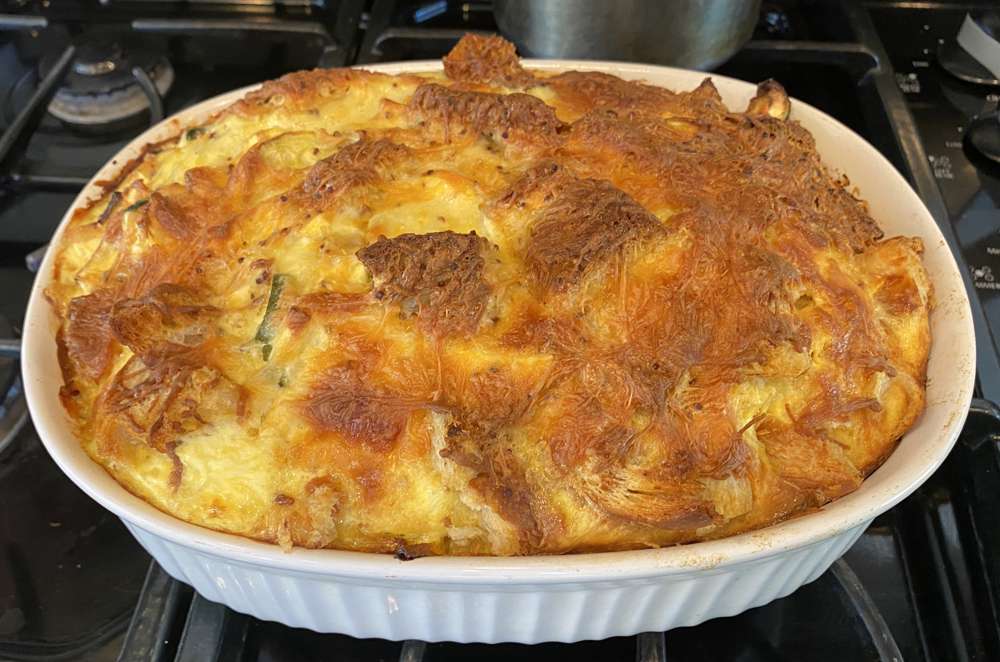 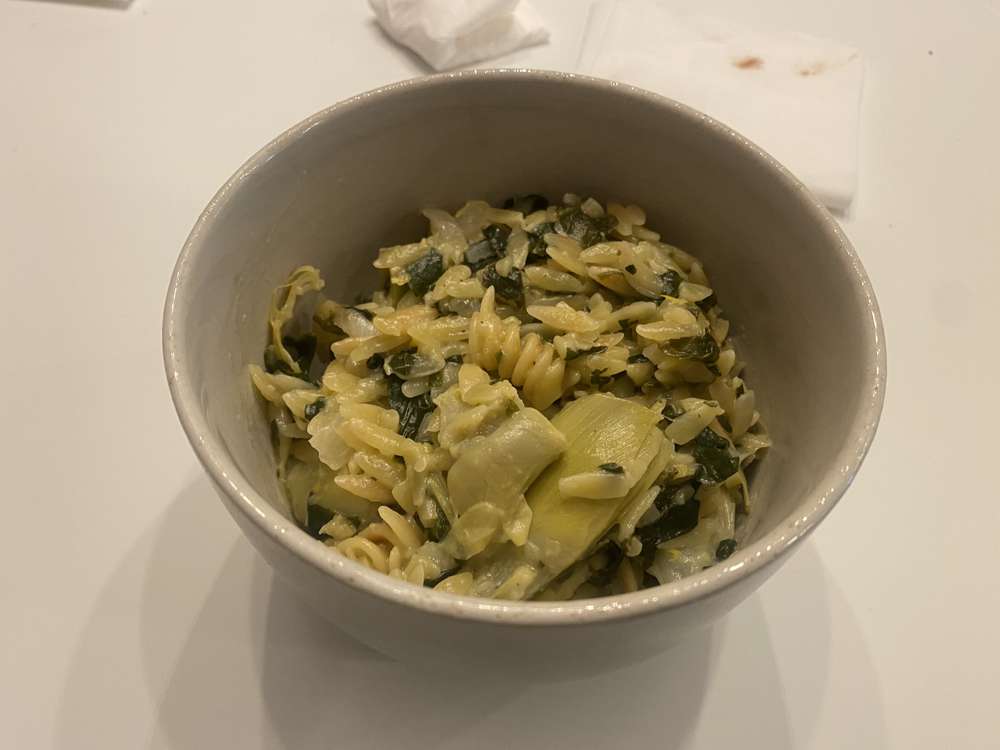 I made Creamy Spinach Artichoke Orzotto [The Kitchn] but used frozen spinach and regular onion instead of shallots. I also used a bit of a different pasta to get up to 12 oz. I otherwise followed the directions. I probably needed a tad more salt. 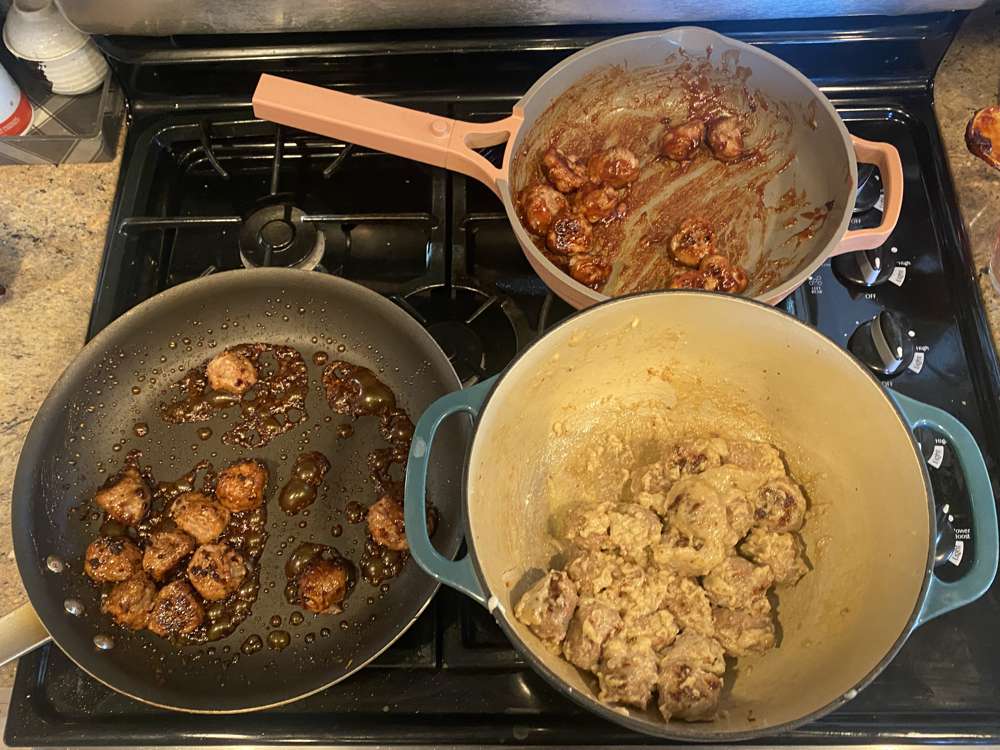 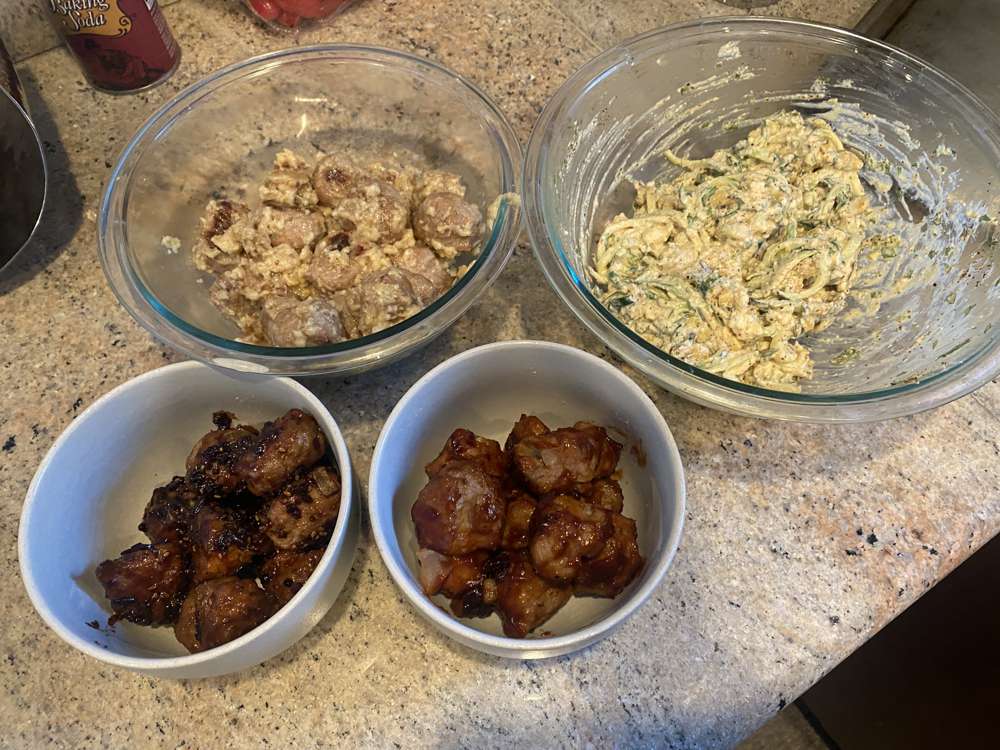 I made a "mini-project" meal.

I do not know what inspired me but I made three types of turkey meatballs, Teriyaki, BBQ, Swedish.

I started with a full batch of the meatball part of IKEA Swedish Meatballs [IKEA & Washington Post], subbing 1.5 lbs of turkey for the meat. I also used only half an onion (which was probably about a medium one) and I sautéed the onion first.

I halved the IKEA Swedish Meatballs [IKEA & Washington Post] sauce and used chicken broth. It all came together really fast so I may have overcooked things and/or messed up proportions. I ended up adding a bit more water and cream. It tasted good but was thick and goopy. I do not know if the extra 30 min in the oven would have helped?

For the teriyaki, I just used Soy Vey teriyaki sauce and tossed it in a pan to coat. I knew it was old but it smelled fine and there is so much salt there. Then Meredith looked and it was four years expired. Oops.

For the BBQ, I just used Sweet Baby Rays in the pan as well.

From the meatballs, I did half Swedish and a quarter each for the others.

I liked it overall!

This was based on 2017-06-23 but I had to go back to the source recipes, Elotes (Grilled Mexican Street Corn) [Serious Eats] and Elote with Zucchini Noodles [Inspiralized], to figure out what to do. I decided to write it down.

Note, there is no mayo in this. It was pretty good. I do think mayo would have been better but Meredith didn't want it. And we ate the whole things still! 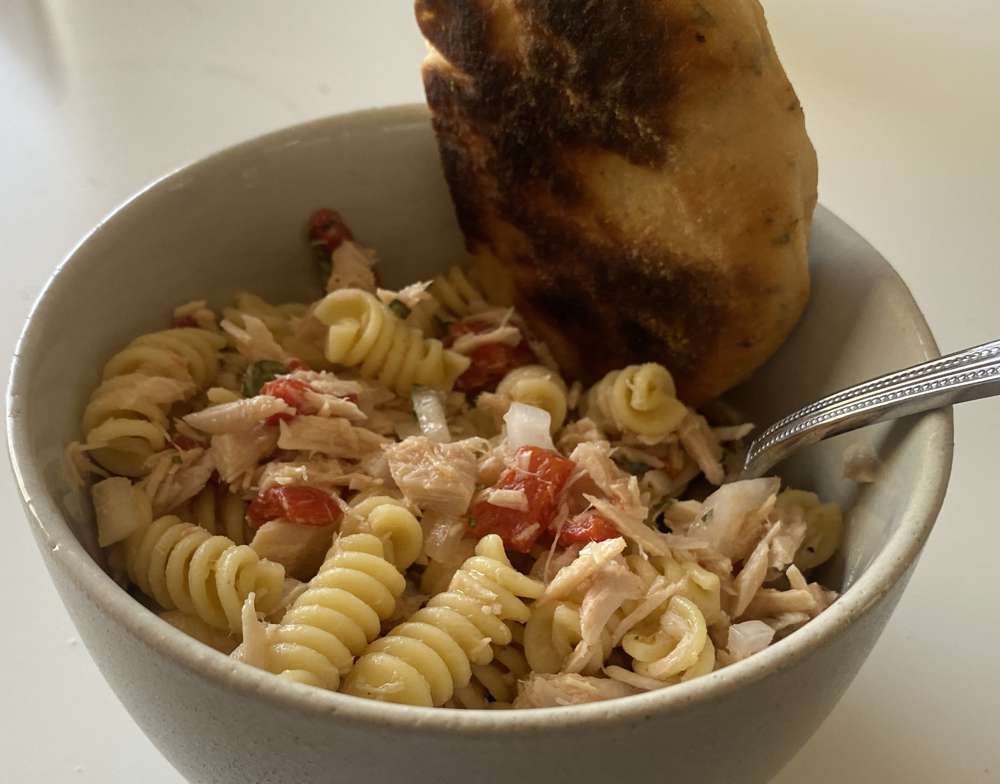