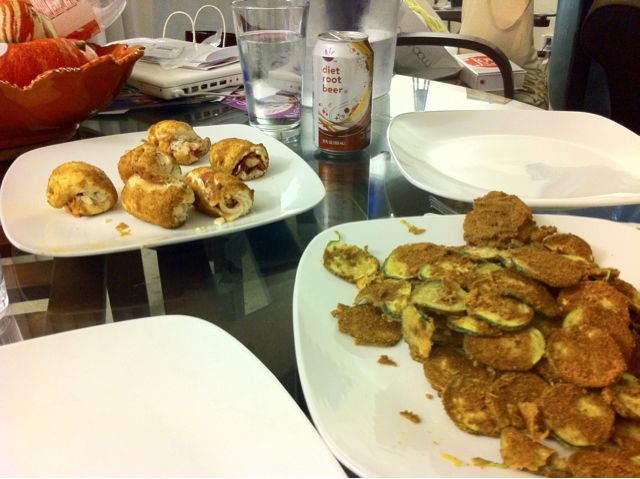 This meal was inadvertently largely from Hungry Girl. The chicken was roughly the recipe from "Hungry Girl 1-2-3" (p.94) with some modifications. First of all, I used tenders instead of a big chicken breast. And, I used prosciutto instead of ham becuase we had it leftover. Ham is lower points than prosciutto so I used very little compared to what I would have liked to use. Finally, After they were rolled, I rolled them in Fiber One bread crumbs (also, a la Hungry Girl).

The zucchini was based on the same one I always use. Except I kinda just winged it with some other spices as well. I used the mandoline to slice them thin. While slicing was faster, it took a long time to egg and "bread" crumb that many. I twas well worth it becuase they were much better with the thin slices.

Chicken was (per person):