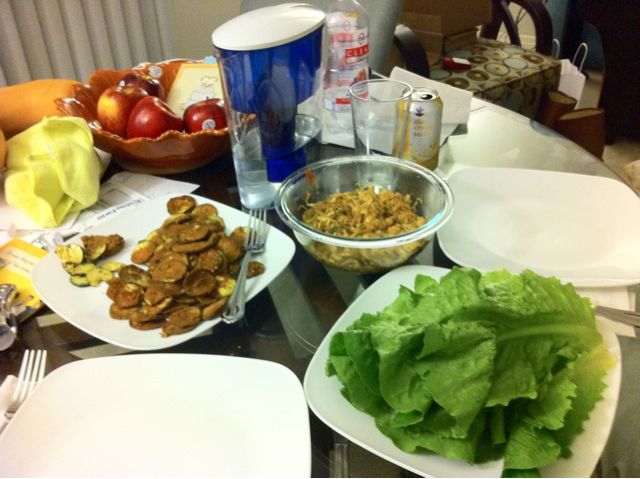 Meredith had found the recipe for the wraps a while ago but I was able to find it again here. They were good though we didn't look at the recipe before making it and thought it said 2 tablespoons of sesame oil. Knowing that would be a lot of calories, we used only one. It turns out it was 2 teaspoons. Oh well, that would have only been one less point in the whole thing.

The wraps were really good and really easy. The noodles (we used Chinese Vermicelli, which are the same thing) were kind of cool. I liked the spice from the sriracha. The points were a bit high because of the oil and everything else. See below

The zucchini was the normal but I do not think we cooked them long enough. Also, we sliced them pretty thin (second thinnest on my mandolin). Even though I like them thin, I think we will do thicker next time. Less breading time and maybe a bit more substantial. They were still good though.

Zucchini is about 1 per person.