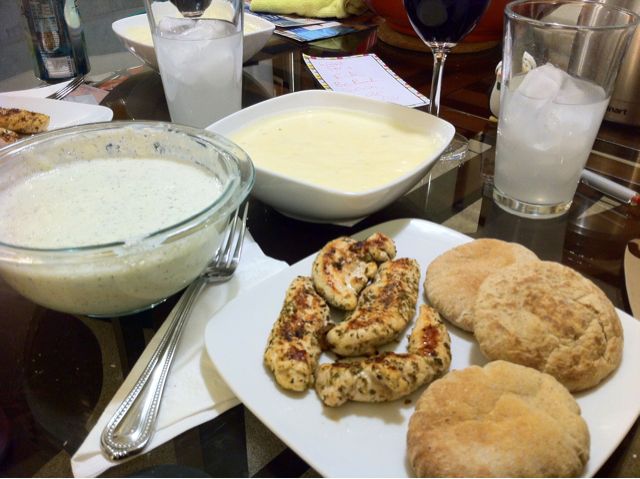 This was a very good meal. Meredith made Tzatziki. I do not know the exact recipe but she spooned out the seeds and went to great lenths to dry the cucumber. This helped a lot! Also, instead of lemon juice, she used white vinegar

The soup was based off of the recipe below. It was strange. I used egg beaters instead of egg. I may have beaten it a bit too much because we had a lot of egg foam that I skimmed off to get to the soup. I also went a bit (but not much) light on the lemon juice. Also, I used Israeli couscous instead of orzo and I used much less.

Finally, the chicken had lemon juice sprinkled on it with some sage, thyme, oregano, salt, pepper and garlic powder. It was good and fit the theme.

The whole wheat pita was from Wegmans.

I am trying something new. I will copy/paste in the recipes as well as linking to them this way if the site goes now, I will still have it.