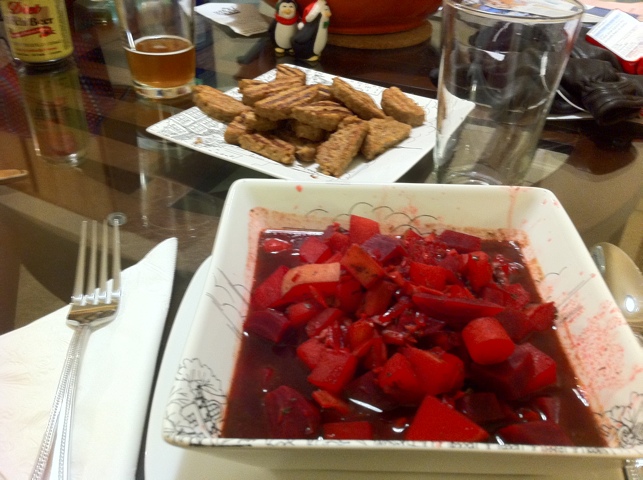 We made Borscht based on the recipe below (halved). It was pretty good. I think we followed the recipe pretty closely except we used real mushrooms and used beef broth. Also, we used the beet greens the other night so we added some dry parsley. Although it was not overly flavorful, it was a nice flavor. Sweet but with a savory touch. Oh, we also used more beets

We also had gimme lean even though it didn't really go but it still sounded good.