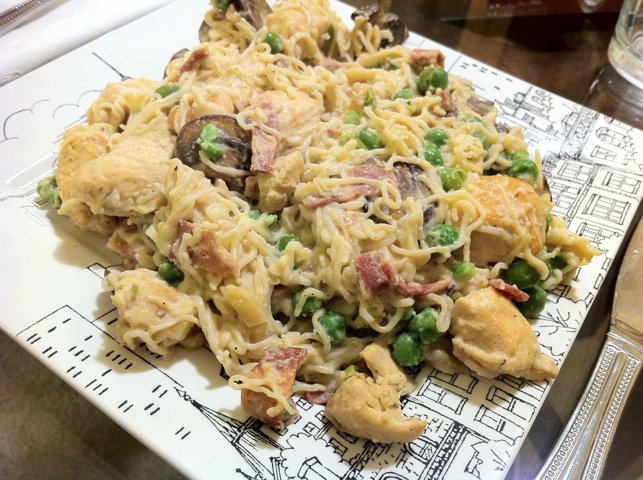 We made the Chicken Carbonara from the Hungry Girl recipe below. We doubled it since thier's is only one serving. We also made a few changes but not many. First of all, we only had enough egg beaters for half so the other half was skim milk. The other major change was we used turkey bacon. Since the turkey bacon is raw, we added it with the chicken. Finally, I let the mushrooms cook a bit first to get the crispyness.

Overall, I thought it was just okay. There was not an over-powering flavor but it wasn't too bad. I think that may be because turkey bacon is less flavorful. I do not know how much the egg substitution mattered though. Also, I have mixed feelings about shirataki noodles. They have a strange texture but they are so low in calories, it is hard to argue. I wouldn't rush to do this again but if we did, I think we should use real bacon.