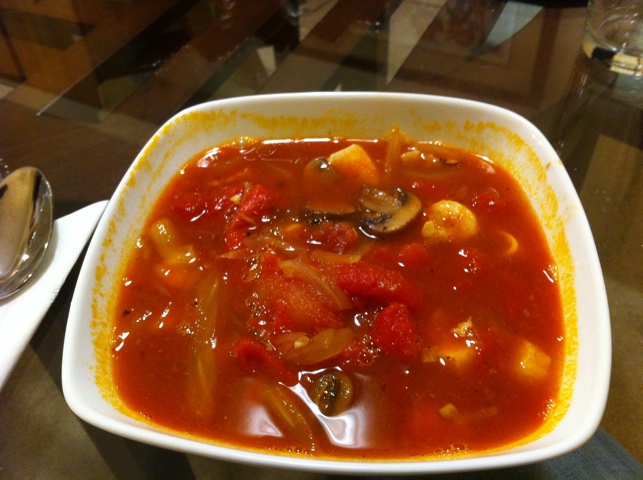 This was pretty good. We were inspired by the recipe below but made a few changes. While we had the same amount of liquid, we used much less seafood. We used a bag of the Trader Joe's mix and then some peices of tilapia. As such, we added the mix abut 15 minutes into cooking and the tilapia at about 20 or so.

The tilapia was a bit fishy but it may just not have been good tilapia. Otherwise, it was good. I do not know if it was the wine or the anise, or what, but it smelled really good. Also we used canned whole tomatoes and cut them up.

Cioppino (From Giada De Laurentiis via The Food Network)