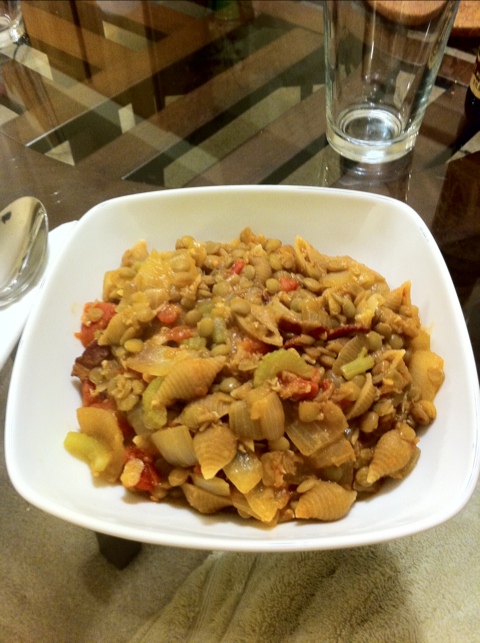 We basically followed the recipe below on this one with only a few changes. I do not know the exact type of lentils we used but we used the ones with the lowest nutritional information. A few other changes were: Chopped the celery very fine and kept it, used some canned tomatoes (about half a can), used less pasta (about 4 oz) and it was whole wheat, skipped the parsley (forgot it), added chicken Better Than Boullion to the water.

It was pretty good. I think it needs more tomatoes next time to help enhance the flavor. Other than that, I do not know what else we could add. It was not as good as our lentil soup last time.

Pasta e Lenticchie (From Mario Batali via The Food Network)