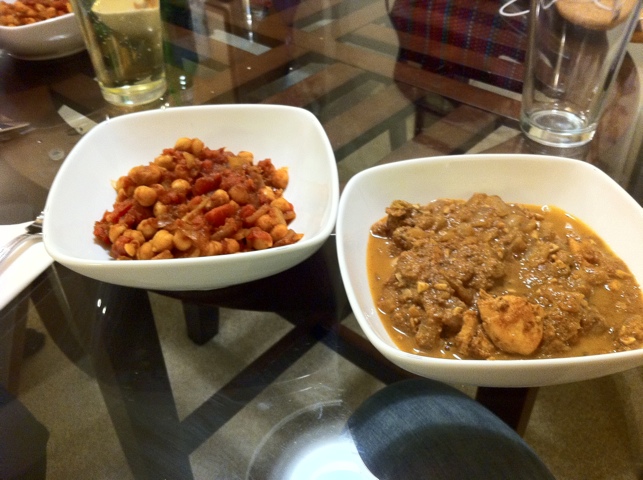 We made chicken korma off the recipe below but with a bunch of changes. They included

The Korma good, not great. It had some flavor but also a strange texture. Possibly caused by the yogurt (which may have curdled)

We also made the chick peo thing but didn't really follow any specific recipe. it was just chickpeas with some tomatoes and a bunch of spices. I also put some Siracha in which made it very spicy. This was pretty good but not incredible.