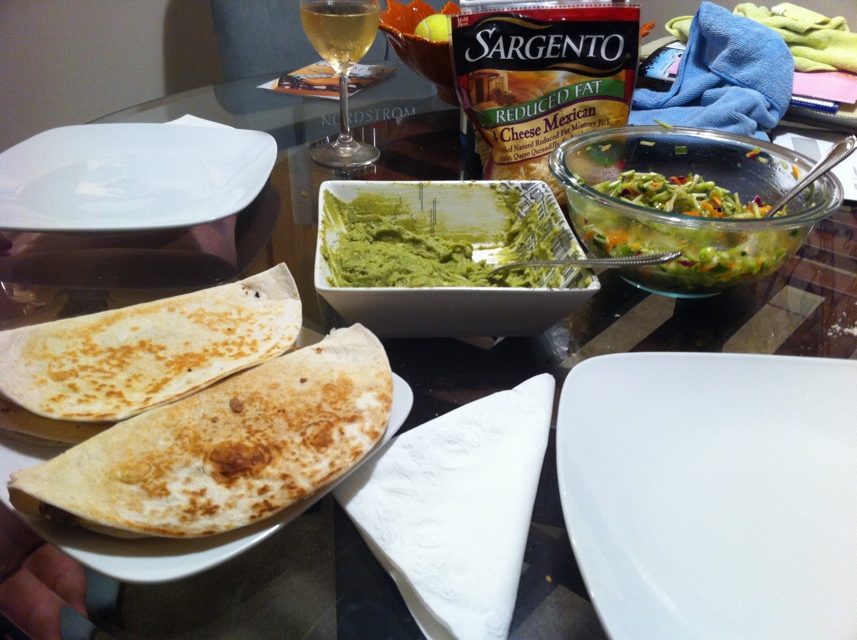 These were based on the recipe below. The slaw did not come out great but Meredith liked it on them. Also, Meredith made guacamole which was really good. She doesn't follow a recipe. She just plays with it until it works (a true Texan). There was really barely enough for 4 tacos and itdefinitelydoes not serve four. However, it is rather healthy with just beans and tortillas (we used flour instead of corn though)