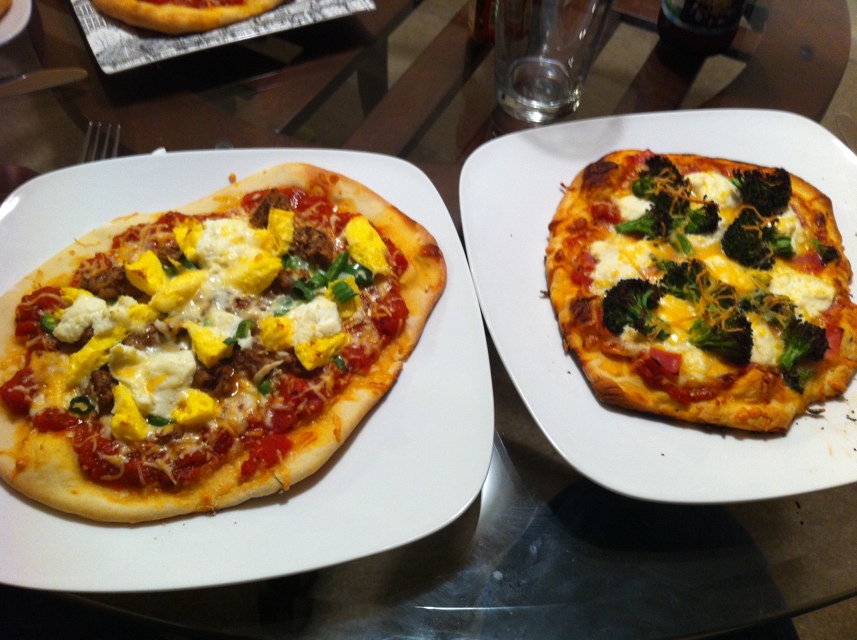 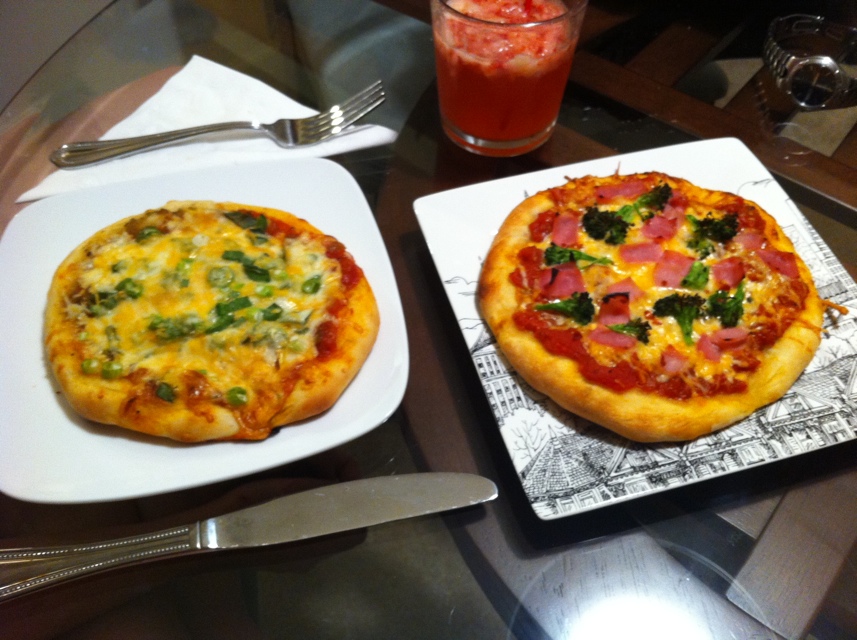 The dough was based on the same recipe as last time only I didn't use all of the water and half the olive oil. Playing with the water and flour, I got a much better dough that I was also able to knead by hand.

Meredith and I decided to cut our dough in half and make two pizzas. Meredith managed to not use the rolling pin hence her very round pizzas with thicker crust but smaller size. I had to use it so mine are bigger, thinner and oblong. In general, we used a lot less dough than a restaurant which is why Meredith's came out so small.

We each cooked one of ours on a tray and one on the cast iron pan upside down.Obviously, the ones on the pan came out much nicer.

We made the tomato sauce as well. Meredith used some truffle salt which gave it a nice flavor. The cheese was a mix of colby-jack and a mexican blend, both low fat.

The top photo is my pizzas and the bottom is Meredith's.

My first pizza was regular with sauce, cheese, fat free ricotta, ham, and brocoli (my favorite pizza combination). My second with a breakfast(ish) pizza still with tomato sauce but also with gimme lean, egg beaters cheese, some ricotta, green onion and jalapeno.

I do not know exactly what Meredith used so she'll have to comment to clarify. Her first was a mexican pizza with: salsa (instead of sauce), jalapeno, green onion and cheese. Her second was plain with broccoli, ham and I do not know what else.