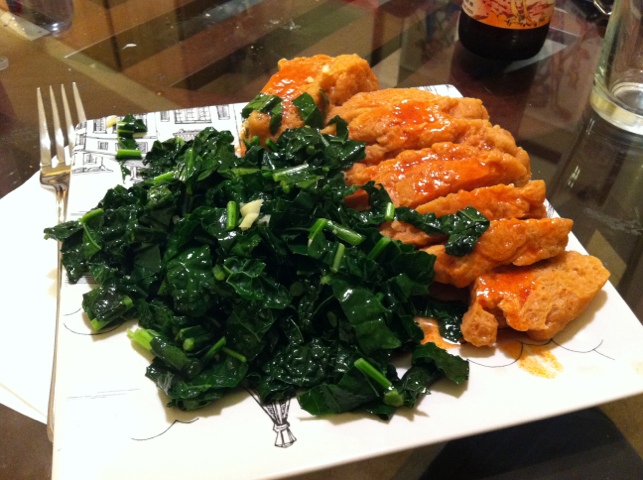 I made seitan using the recipe in my dads book. It is basically 1 cup of vital wheat gluten and 3/4 cup of water. I used mostly water but added about a Tbsp or two of Franks Red Hot. I used the food processor with the dough blade. It came together a bitstrangelyand as a lot ofpieces. Nothing like last time. But then again, last time it was a huge rubbery ball and this time it was more elastic. Anyway, I made a simmering liquid with mostly water, some white wine, and more Franks. After letting it simmer for 1:15, I cut it and topped it with a home-made buffalo sauce (that is, Franks red-hot and some melted Olivio). Itdefinitelytasted like what you would expect for buffalo seitan however it was a bit salty. Still, quite tasty and I would say successful.

Note that the seitan is about 6.5 Points Plus per person and it made a lot.