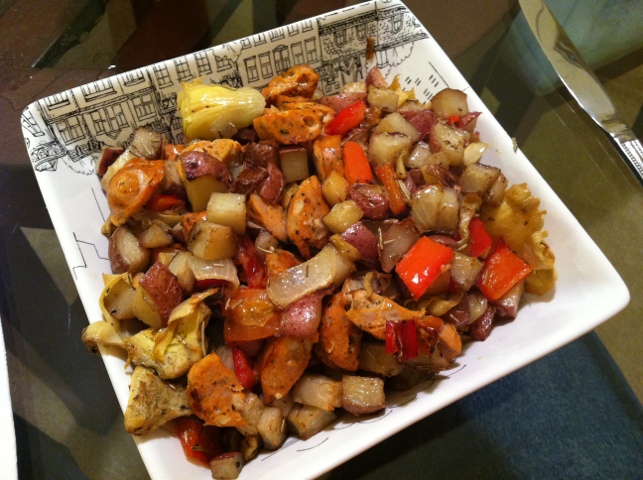 This was inspired largely by the Gina's recipe below. The major changes were we used pre-cooked chicken sausage and I also added artichoke hearts. I also definitely used more rosemary than she called for. It made a lot but I was trying to use up potatoes before they went bad.

It was pretty good. I think maybe a bit too starchy alone for a meal. Not many veggies and a lot of potato. It may be better as a side in the future.