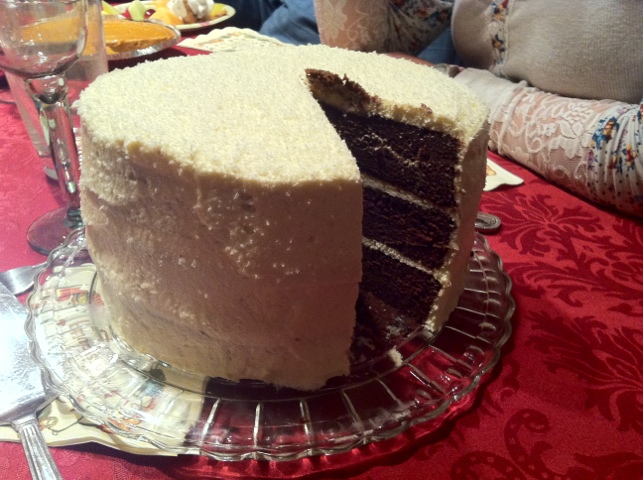 This was for Thanksgiving so there was no attempt at making it any healthier. Anyway, Meredith had been looking at this recipe for a while and when making a cake for thanksgiving came up, she suggested we make this.

It is based on the recipe below. If you read the website, they talk about how classic redvelvetcake was called thatbecauseof using brown sugar which used to be known as red sugar. Also, there is apparently some acidic reaction that goes on turning it red. This recipe uses that but also adds some red wine (we used red velvet cupcake wine to add to the name).

The cake was incredibly good! It wasextremelyrich but had a nicechocolateyflavor. The cake was rather dense but a nice texture. The icing, (which is based on a german buttercream) was also flavorful. It was surprisingly not too sweet and also had a really nice flavor.

The reviews were rather positive so I imagine we will keep this recipe in mind if we are asked to make a cake.

The recipe is below: