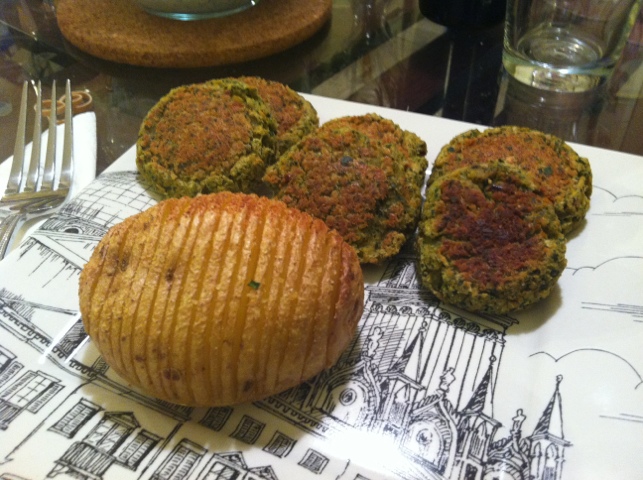 I am writing this pretty far past having made it so my memory won't be great. We used the same Falafel recipe as in the past but with a lot of parsley and cilantro (hence the green). After flipping them, I gave a small press to make sure the side was in contact with the pan. This gave a bit more crispiness.

I also made Hasselback potatoes but unlike last time, I didn't put something in each slit. While they look really cool, they aren't all that special. Maybe they need all the butter and cheese that all of the recipes call for. On Meredith's suggestion, we put salsa on them and they were fine.

We also had tzatziki (home made) and pita (store bought) for the falafel.