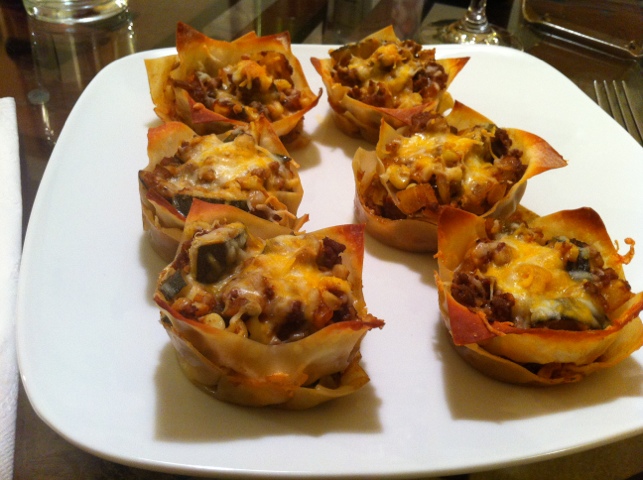 This was supposed to be like taco cupcakes, again using the basis of the taco stew as the filling. However, I accidentally added fajita seasonings instead of taco. It was different. Not bad, but different. THe filling was beef, a lot of onion,zucchini, seasonings, salsa (key ingredient) and some corn. I forgot the black beans until I was assembling,

To assemble, we put a layer of wonton wrapper down, then some beef, some cheese, another wrapper, more beef and more cheese. We put a bit too much beef into the first layer so they two wrappers didn't totally meld together. Still, most held their shape.

While it would have been better had I used the correct seasoning, I still liked them a lot. I also really like using the wonton wrappers since it gives a nice crunch and a nice texture